The Saudi-born designer who supports women has recaptured the essence of wearable art. 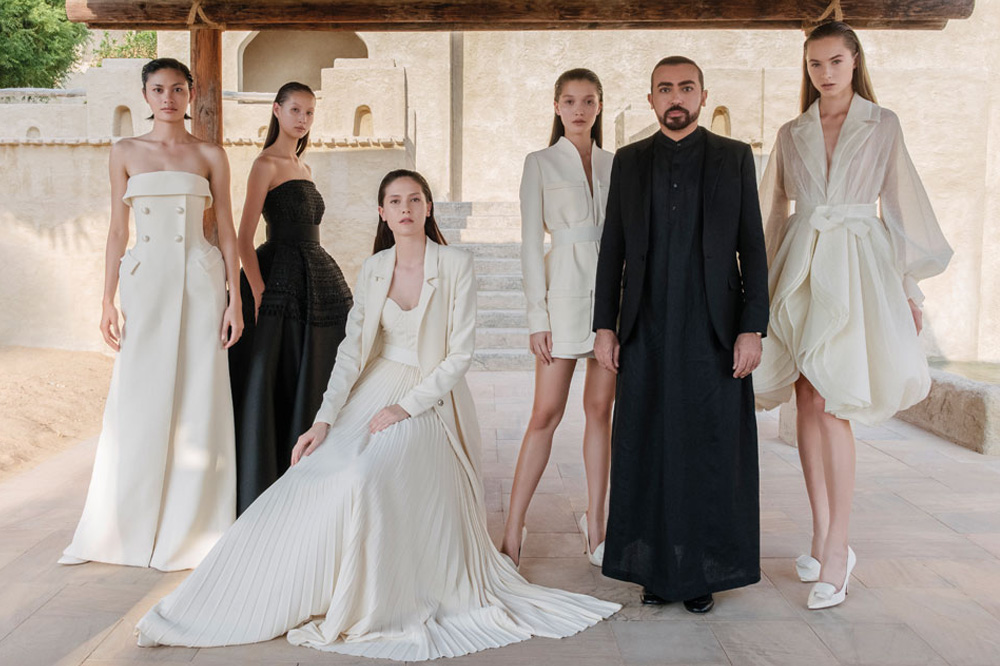 Mohammed Ashi wraps his women in show-stopping glamour and elegance, so it isn’t a surprise he is becoming increasingly popular with A-listers. The Saudi-born and raised designer was behind Beyoncé’s famous pink dress as well as the black creation Cardi B wore in the music video for Money. 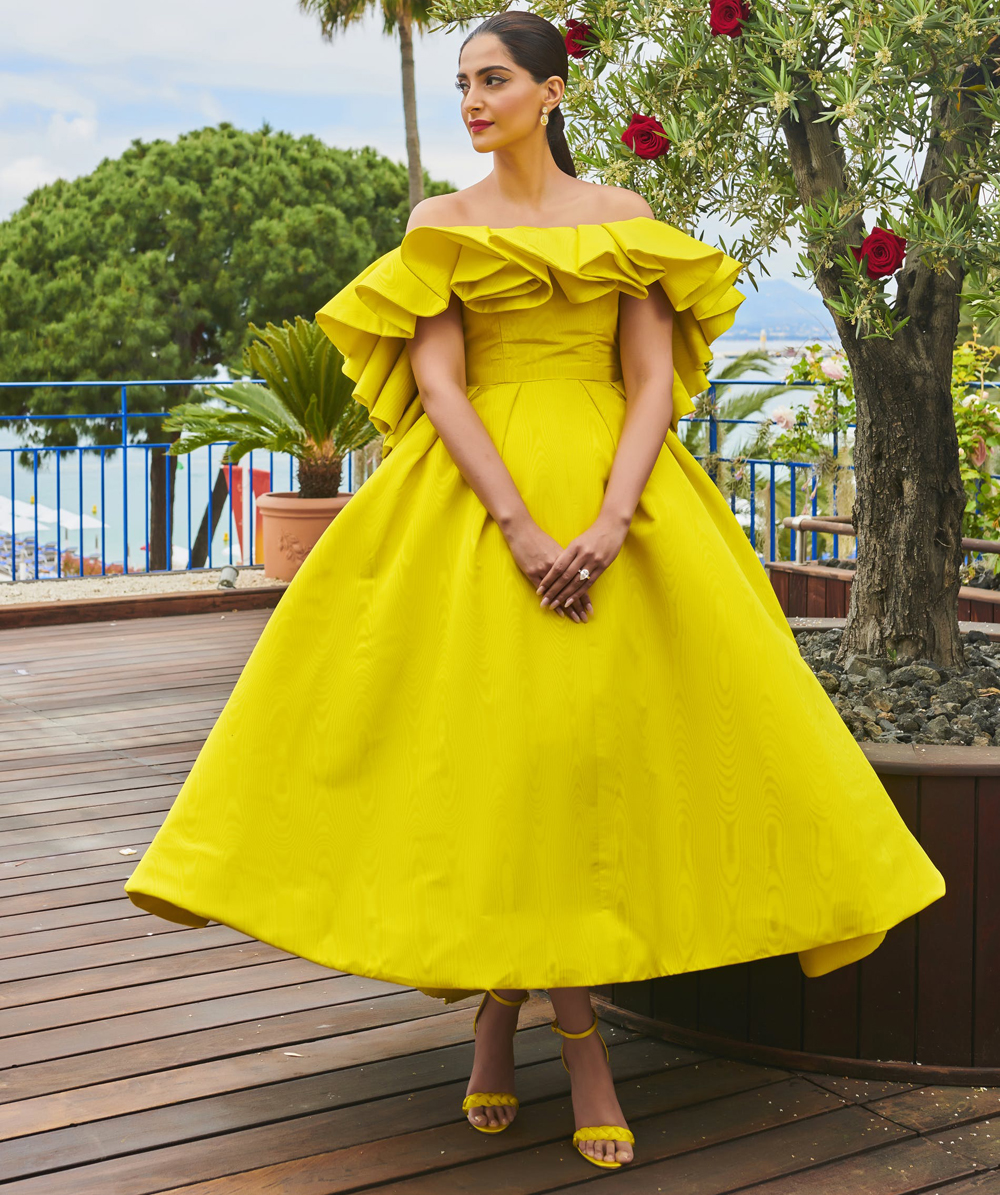 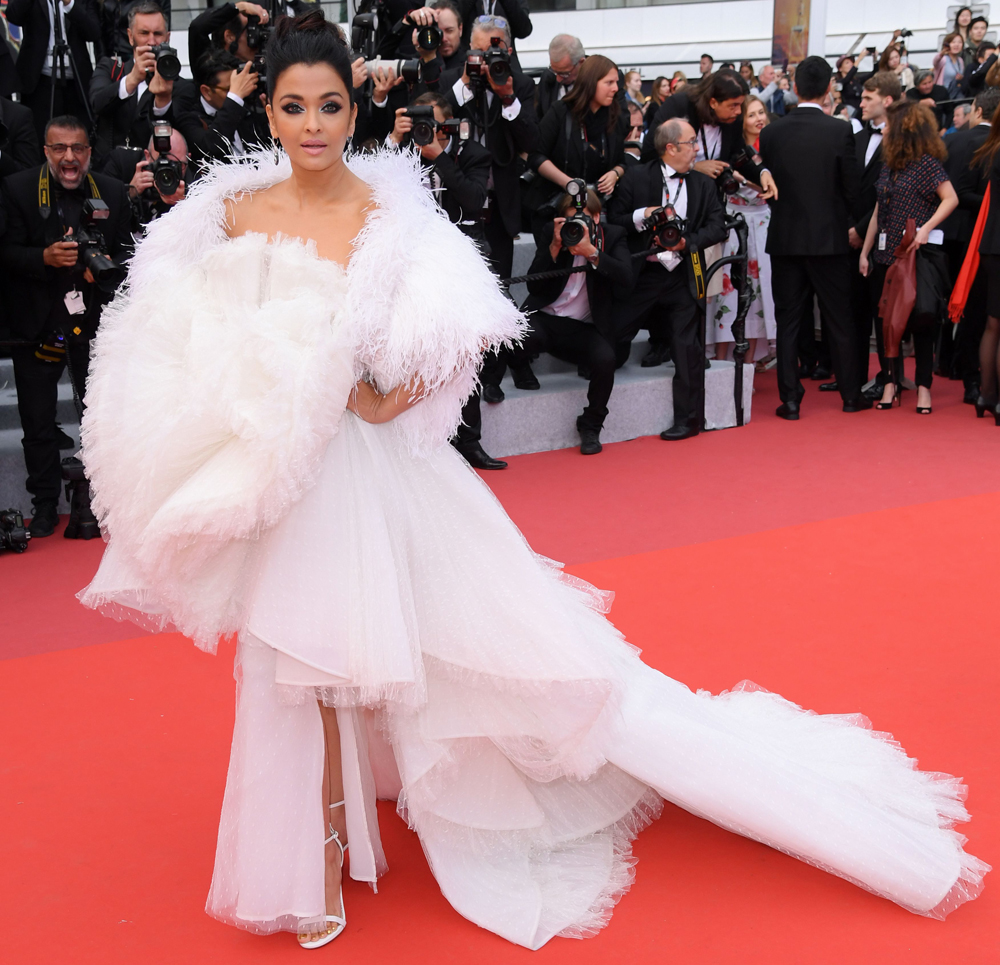 Other stars were spotted in some pieces from Ashi Studio’s spring 2019 couture collection called Letters to Margaret. Actress Min Pechaya’s white high neck long sleeved dress gown and cape were typically dramatic and detailed with embroidery. Ashi is known for meticulous hand-crafted details and using embroideries “to capture the essence of luxury.” 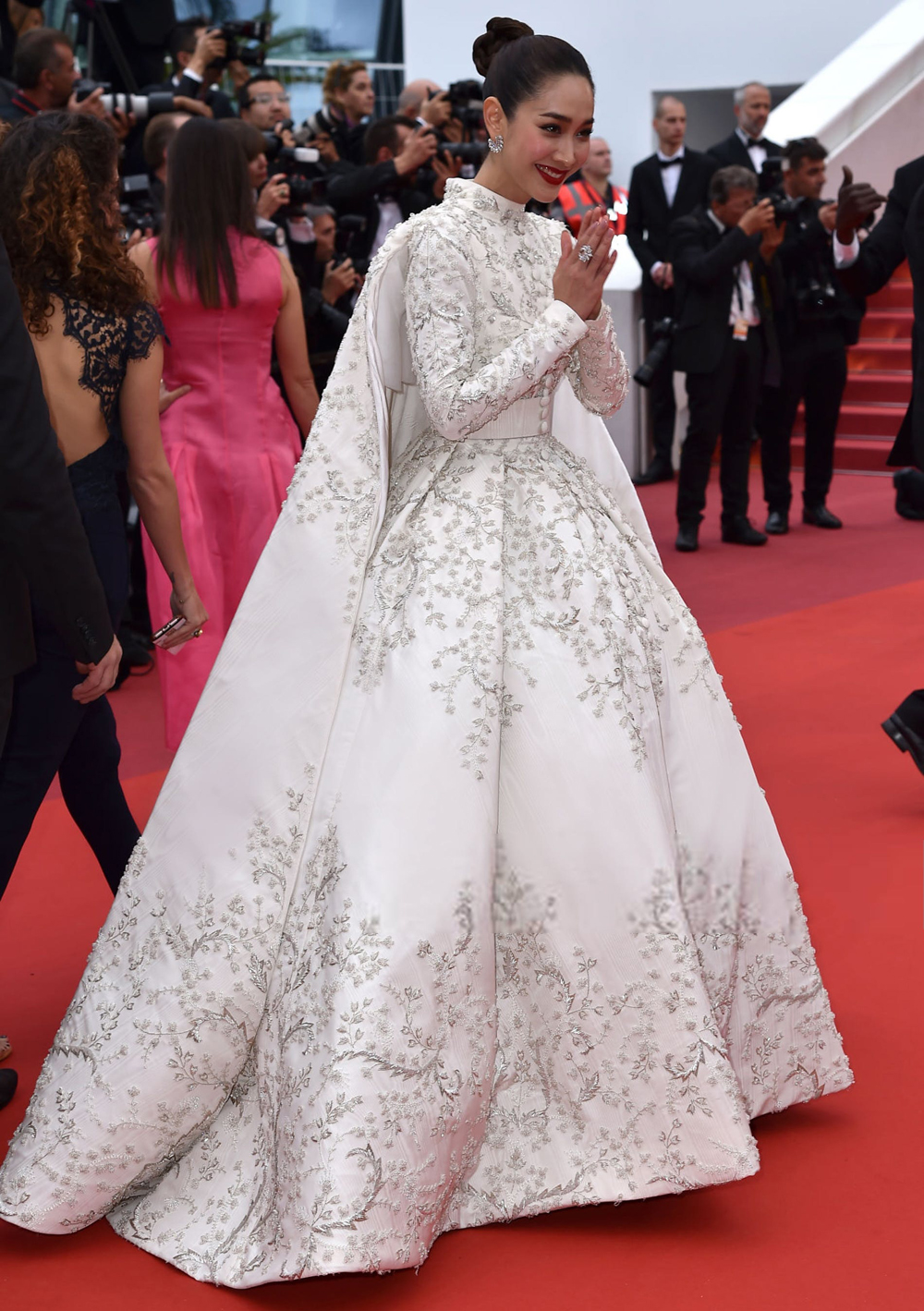 Yet there are pieces from the Letters to Margaret collection, which he showcased during his first runway show at Couture Week in Paris, that aren’t so theatrical and have a lively feel. And some of the big yet light and ladylike dresses came in bold colours, a departure from the usual ‘dark romance.’

Top model Madison Headrick was a vision in a vivid magenta ballgown featuring an up-down skirt and belted waist, while another model-of-the moment, Coco Rocha, looked amazing in a strapless voluminous pink gown during the festival’s amfAR Gala. 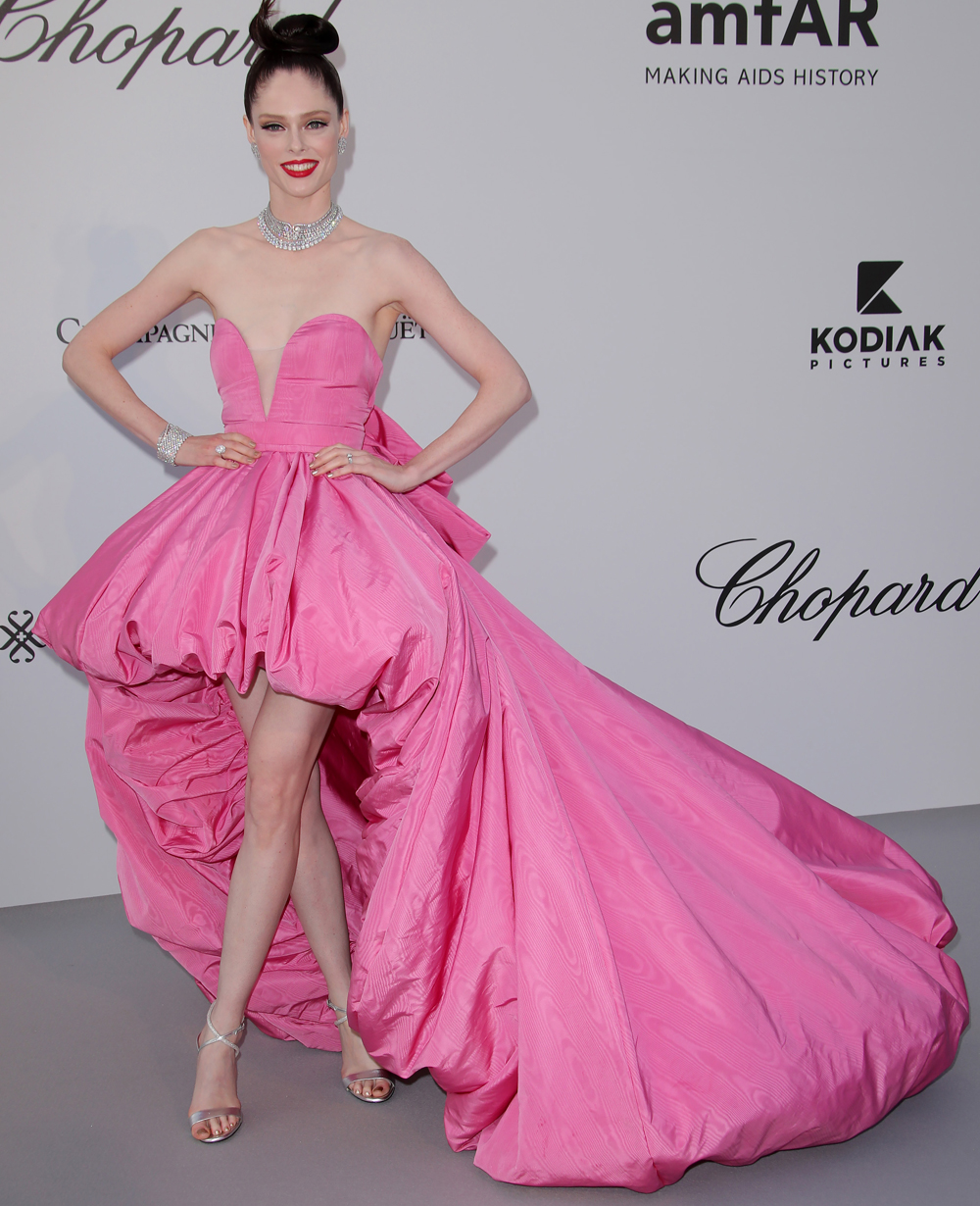 “The lighter mood of the collection reflects the evolving modernity of our clients; introducing more vibrant colours than ever before, such as bright green, pink, yellow, and fuchsia, as the aim is to reach a wider audience, of different people around the world, who are seeking different styles,” Ashi explained to Vogue Arabia. 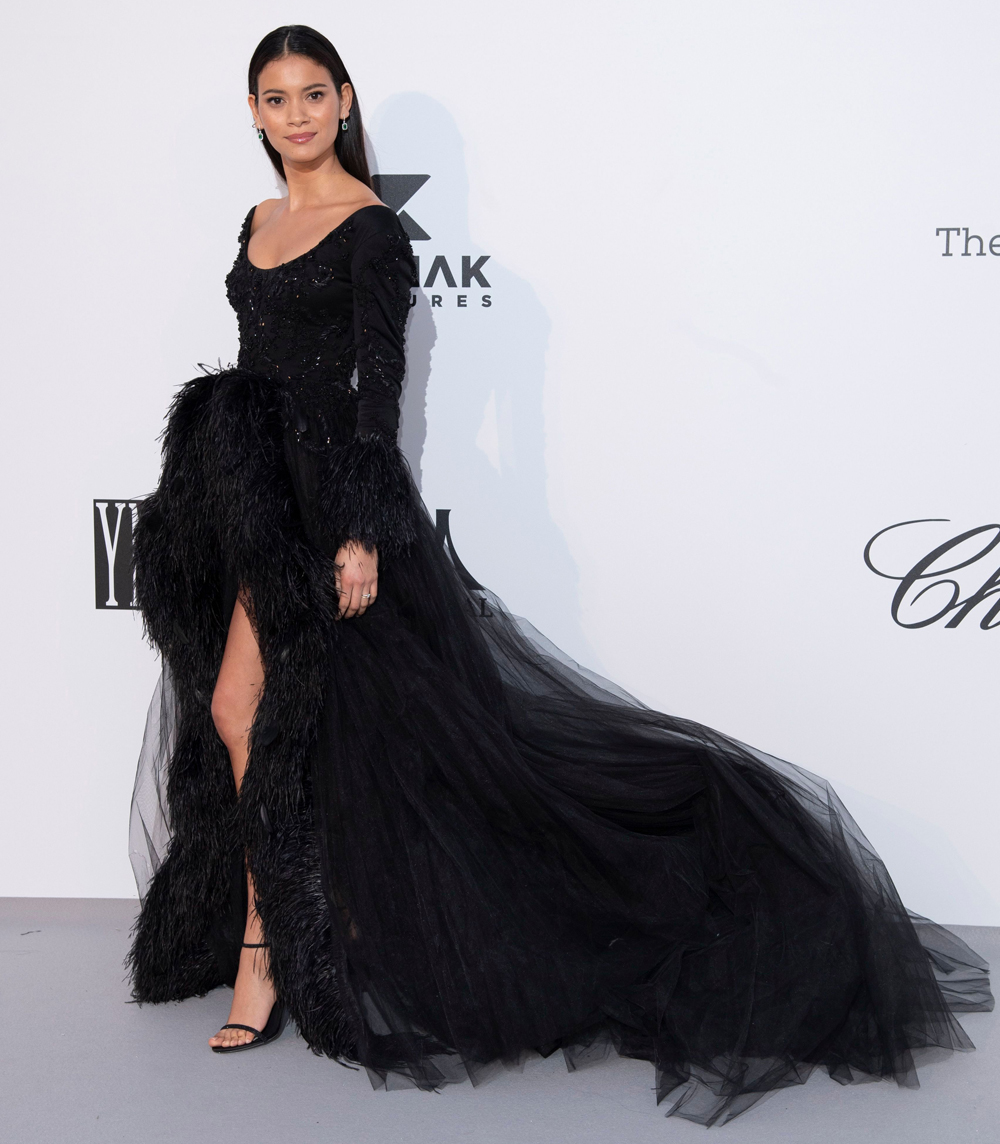 In his 1950s and 1990s-inspired collection, he also incorporates embellishments like sequins and feathers, with the latter featuring on the stunning black dress Peruvian model Juana Burga wore during the festival in Cannes. Apart from its cutting-edge sharp cuts, the Beirut-based brand is recognised for using luxurious fabrics. The dress Burga rocked was made from crêpe envers satin and tulle, while other materials in the collection include lace, double satin and taffetas moiré. 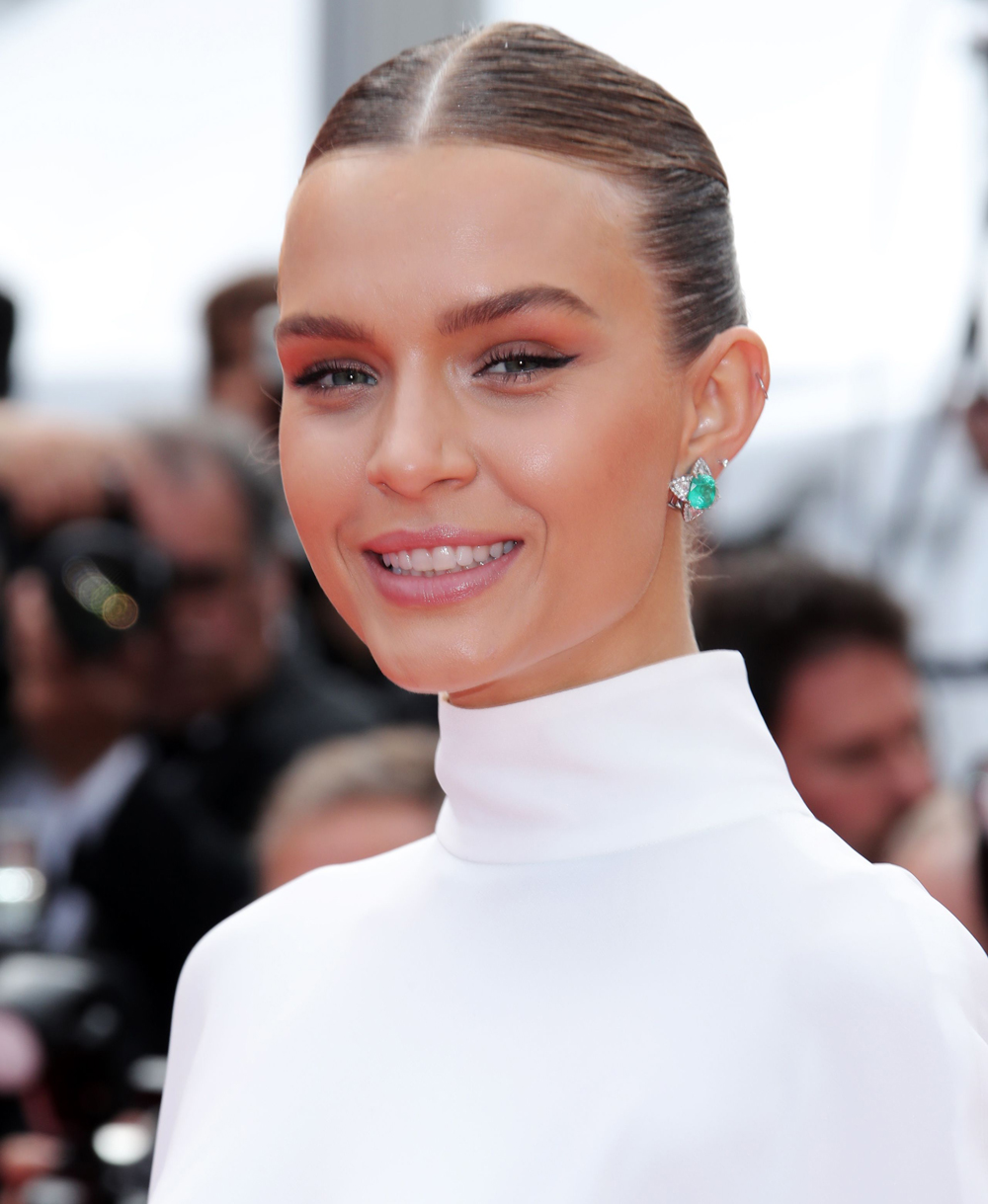 Ashi, who describes himself as being shy, discovered his passion for fashion when he was young. Growing up with four sisters and a mother who always found appearance important, spurred his love for clothes. His resilient mother would take him with her just about anywhere, including visits to designers, where seeing all those materials inspired him. By 15, Ashi moved to the United States to start marketing classes, even though he loved taking art classes. After watching many fashion shows, his interest switched to fashion.

The designer, who listens to classical music while creating, is proud of to his Arab roots yet inspired by diverse cultures and travelling. He also has a fascination for anything that is old, including houses and paintings.