Name any creative outlet and it seems this artist turned top make-up maven, beauty videographer, vlogger and photographer can do it. 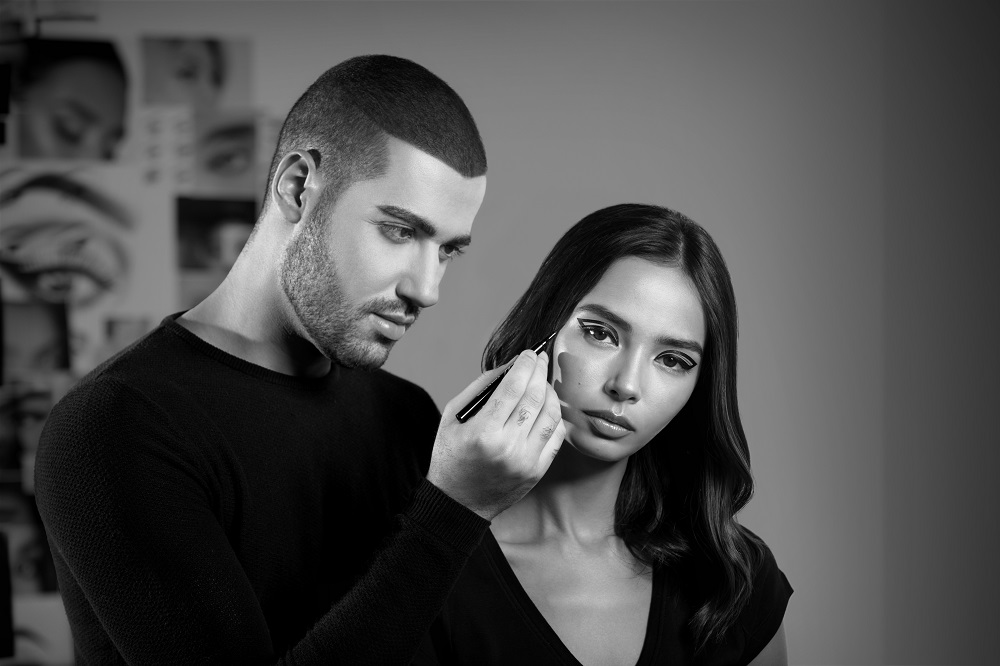 We’ve all admired make-up looks by the many marvel-ettes with ties to the region like Huda Kattan and Hala Ajam, however men here are also known to make waves in the beauty industry.

In addtion to pros like Bassam Fattouh and Saeed Khalifa, there’s Mohammed Hindash, who has become one of the Middle East’s most in-demand make-up artists. As well as his 807,000-strong following on his @hindash Instagram account, beauty aficionados have become obsessed with his YouTube tutorials on his MHindash channel. The Jordanian artist, who was born and raised in Dubai, has worked with international celebrities, including the likes of Naomi Campbell, as well as regional influencers like Rania Fawaz and Dima Al Sheikhly.

I can finally reveal what I’ve been filming with my Benefit fam!!! @benefitmiddleeast The first episode of the YouTube series is out! (Link in bio). There’s a GIVEAWAY so you should watch the episode to find out! #أنت_الأجمل #Benefitbrows #بنفت

Undeniably one of the biggest creative beauty forces in the UAE, Hindash continually offers fans perfect beauty looks as well as cosmetic product reviews. Best known for his eyeliner and eyeshadow tutorials, his seriously mesmerising cat eyes are one of his indisputable fortes. That’s why it didn’t come as much of a surprise when he created his own black liquid eyeliner, the Hindash X Wow by Wojooh Extreme Wear Eyeliner.

The make-up guru’s collaboration with the Middle Eastern beauty brand may have been the first time he developed a product, but we’re pretty sure it isn’t his last, and he’s even hinted about a make-up line. Speaking of branching out, the handsome 30-year-old is also hoping to start a creative hub for art and beauty.

The multi-talented Hindash, who is also a photographer, has had a love affair with art since he could write. He was inspired by comic books and fashion magazines and later went on to take a summer course at the Academy of Art University in San Francisco and study Visual Communication - Studio Art at the American University in Dubai.

Known for his arresting black and white portraits, Hindash is the recipient of the Sheikha Manal Young Artist Award for Fine Arts. His work has been exhibited in many art galleries, including the SIKKA Art Fair in 2012. He has also been part of different art projects in Dubai, including the official mural for the Dubai Expo 2020.

One of the paintings that helped Hindash find international fame while posting videos was an eyeshadow look created by fellow beauty influencer Nikkie de Jager.

“Beauty has always been my main source of inspiration but I was scared to link the two, because shifting to beauty was something that sounded terrifying to me,” he candidly told Vogue Arabia.  He added he did end up finding his “ultimate passion in creating art through beauty.”