7 Saudi Women We Should Be Paying Attention To 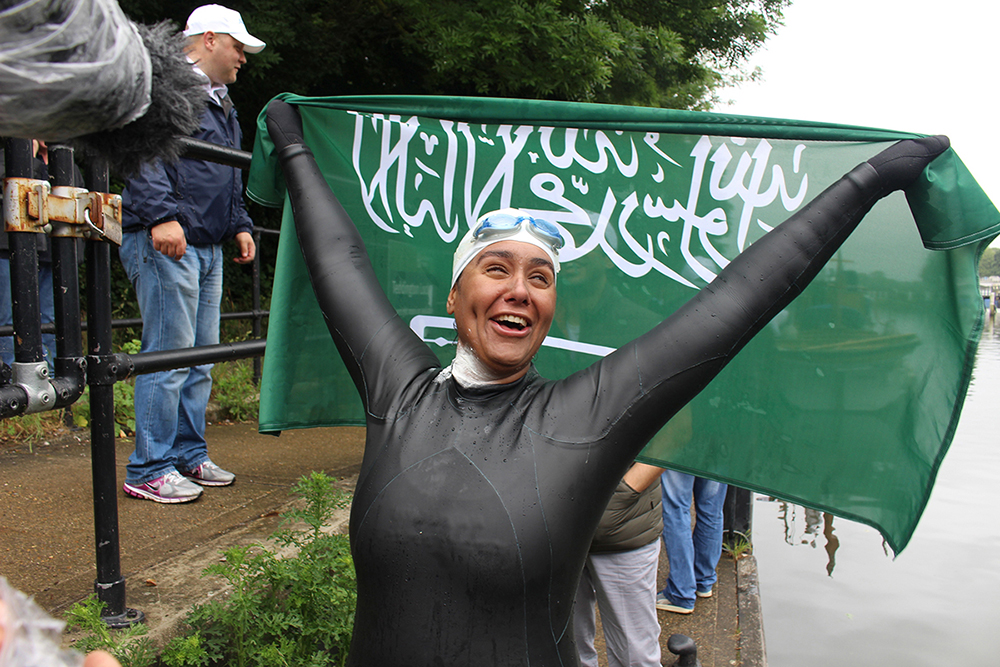 The females of Saudi Arabia are no damsels in distress, as the media often allows the world to believe. Saudi women have been making groundbreaking moves for many years within industries and roles that were once reserved for men only, and are successful doctors, professors, pilots, musicians, racers and humanitarians to name just a few.

Leaders within their own careers, these are the Saudi women you should be paying attention to: 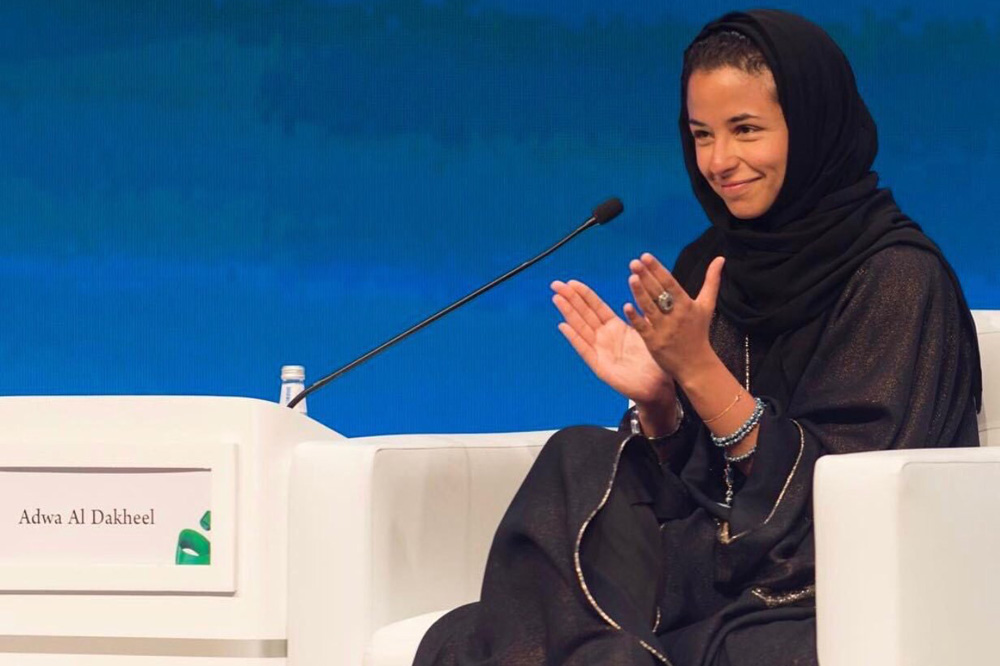 Determined since the age of 14, Adwa Aldakheel dreamt about financial independence and would keep a watchful eyes on stocks and shares on Bloomberg and CNBC, as she believed that trading was a lucrative thing to do. Following some light research, she enrolled in a business and finance course and put her savings of $4000 dollars in the foreign exchange stock market and lost it all. She stated, that she became obsessed with wanting to be a successful trader. She moved to America to study business management, whilst maintaining a role as a full-time trader.

Now, at the age of 27, Adwa is looking onwards and upwards as she explains her next move, “To create the Falak Business Hub and transform it into a place where people can invest in the next potential unicorn startups in the GCC, along with establishing a Saudi startup fund that competes on a global level through early-stage startup investments.” Adding that she thinks it is important to build a personal brand and to use social media to grow it, she told Vogue Arabia, “We are continuously exposed to content, advertisements, stories, newsfeeds, and hashtags. It is no longer a question of whether or not social media is relevant – it is a question of whether you are using it to your advantage.”

Not only is Adwa Aldakheel an entrepreneur and finance trader, she became a qualified pilot to combat her fear of heights, and she is a squash champion, published poet and guitarist. Where does she find all the time? 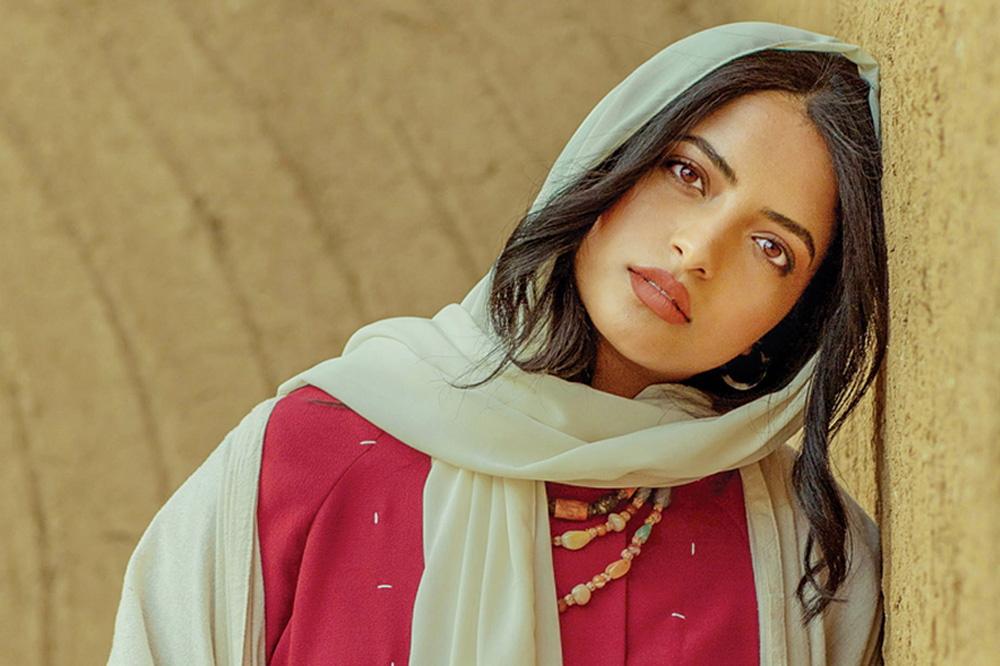 Passionate about the movie industry, Jumana Shaheen has come leaps and bounds as a Visual Effects Producer. With people underestimating her due to her age, she defied the opinions of others and focused on her passions. After proving herself, she went on to produce visual effects for high profile TV shows and music videos, including Taylor Swift’s “Look What You Made Me Do” video, comedy shows Black-ish and Modern Family. “The reason I’ve always enjoyed the art of filmmaking is because it is a channel to really communicate a story,” she explains.

Jumana doesn’t stop there when it comes to being a positive representative of Saudi women, she wants to break the negative perception that the world has about Saudi women, “Whenever we’re represented, it’s done in a way that really wasn’t right,” as she hopes that she is able to help the world see that Saudi women are pioneers. Speaking of her work within Saudi, she says, “It is so inspiring to finally have the ability to share your work, not just online, but that there is now a place in Saudi where you can share your movie in a cinema. The industry is still young and it is important to learn from the mistakes of other industries abroad.” 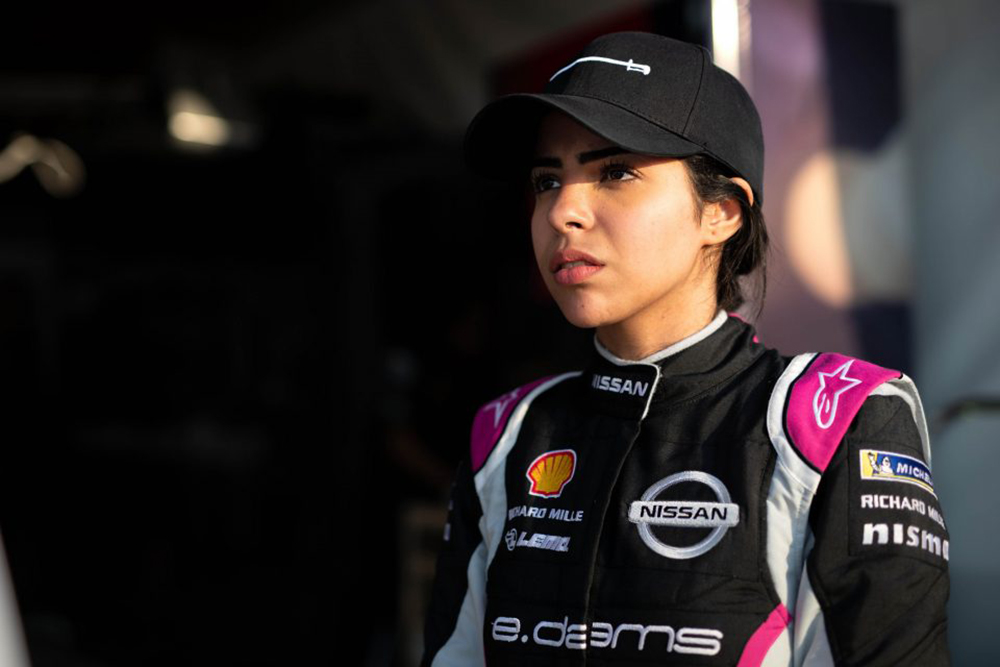 Inspired by her father’s passion for motorsports and his career as a racer, Reem Al Aboud became the first Saudi female racer to test drive the Formula E car, at the age of just 19. With a strong belief in herself, and not seeing motorsports as a man’s world, Al Aboud stresses the importance of hard work and determination, “(Saudi) Women are remarkably proving themselves and excelling in various fields. Now is our time to prove ourselves as much as we can. Since Saudi women have the full support from our country, there are no excuses now.” 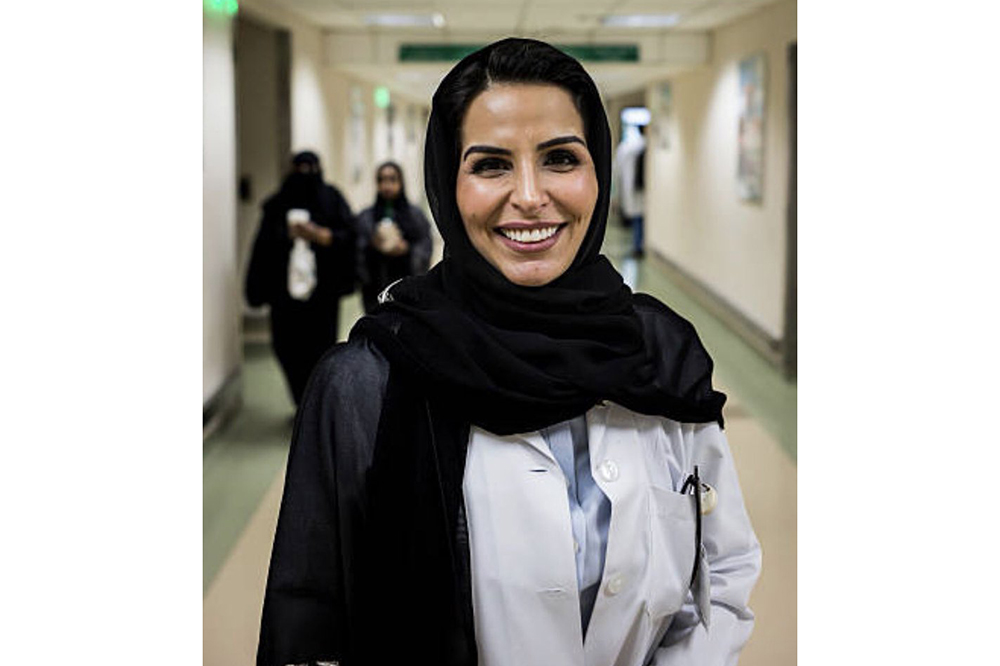 With the ambition to represent Saudi Arabia in eradicating cancer and finding a cure, Dr. Khawla Al Kuraya finds her joy in relieving her patients of suffering, and inspiring others as she says, “Never give up on your dreams and passions and do not underestimate the opportunities before you.”

The female Saudi doctor in 2010, became the first woman to receive the Order of Abdulaziz Al Saud – which is an order of merit for Saudi citizens. Dr. Al Kuraya is a unique woman as she balances her family life, having four children, with having an intense career and is dedicated to her cause, she told Vogue Arabia, “Cancer research will always be a part of my life. I will continue to advance my efforts on behalf of my country.”

Her other mission is to lead Saudi women and empower them to become leaders themselves to aid the development of women under Saudi Crown Prince Mohammed Bin Salman’s Vision 2030 plan. 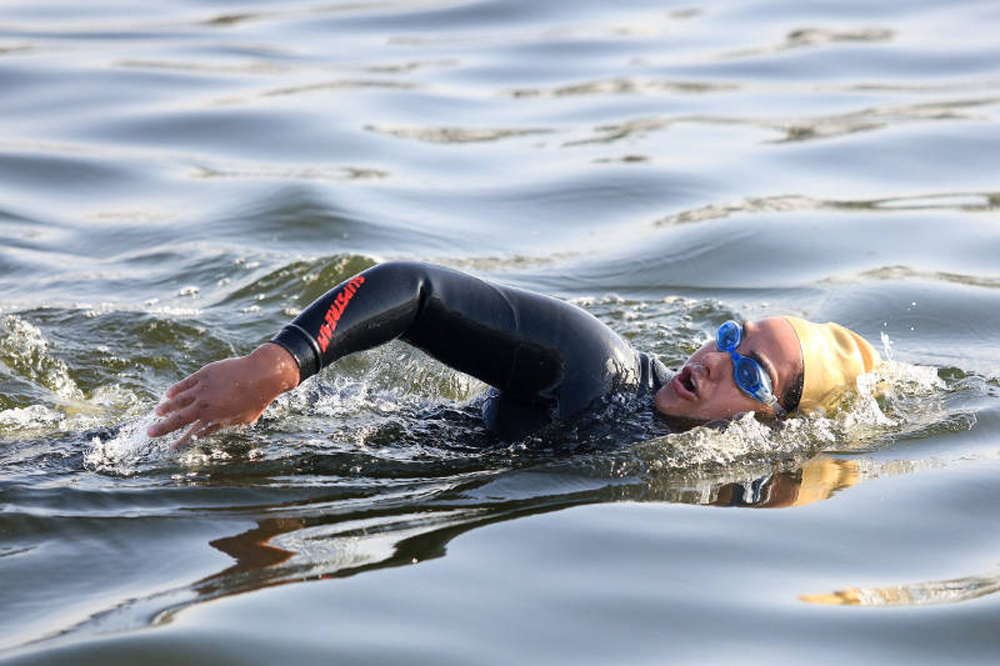 To raise awareness about Syria’s refugee crisis, Dr. Mariam Bin Laden became the only woman in history to swim the entire length of London’s River Thames, which is around 177km long. The images of the Syrian crisis saddened yet motivated her to swim across the English Channel. Undeterred by those that doubted her ability to be able to push herself, she stated that women should “Surround yourself with like-minded positive thinkers and go for it.”

Dr. Mariam is glad to see that life in Saudi Arabia is changing for Saudi women for the better, the dentist advocates a number of humanitarian causes, including opening the first dental practice at a hospital site in Jordan’s Al Azraq Refugee Camp in 2016 – which is also free of charge for patients, “This clinic motivates me to keep going because I can see the fantastic work involved in treating and maintaining the oral health of 55,000 Syrian refugees, 60% of whom are women and orphaned children,” she states. 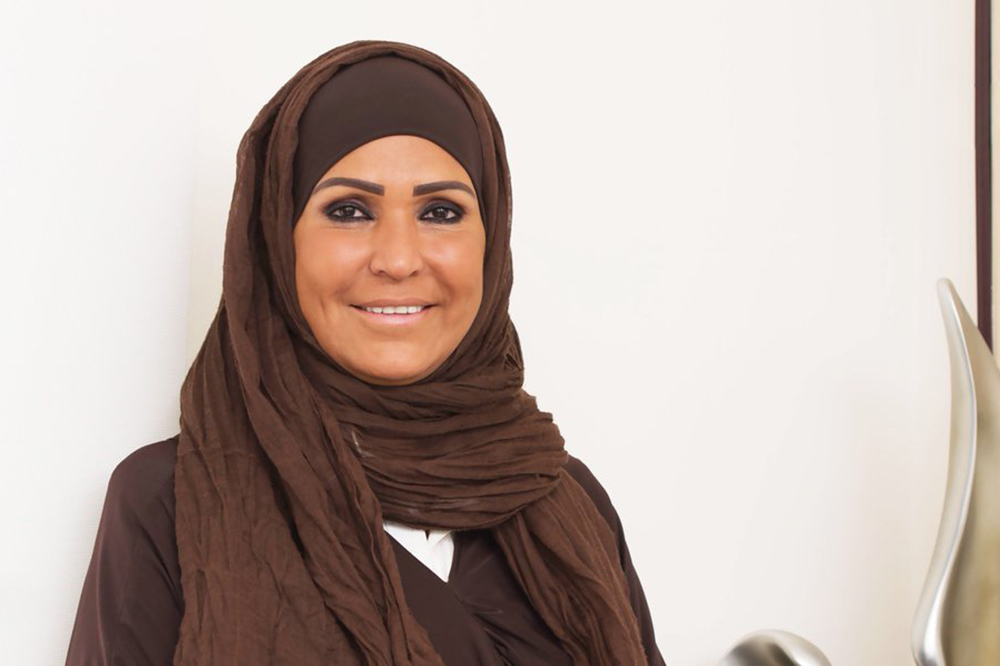 Practicing a rare science, Dr. Majdah Mohammed Ahmed Aburas is an expert in her field of environmental biotechnology. Always feeling that giving back to her community was important, she stated, “I realized at a young age the damage pollution and waste cause for the environment, and the lack of awareness about this subject in our communities. I was frustrated about the lack of awareness.”

Wanting to educate Saudi people about environmental damage, she founded the Saudi Environmental Society and speaking about the responsibility of Saudi citizens towards the cause, she said, “It is our responsibility as a community to work together to maintain a high standard of living in an eco-friendly world.” Being proud of the kingdom, Dr. Majdah is in awe of what Vision 2030 will mean for the women of Saudi Arabia as she believes it will empower them to achieve anything they want, “Nothing is impossible, as long as you have a clear vision and a sustainable way to achieve it.” 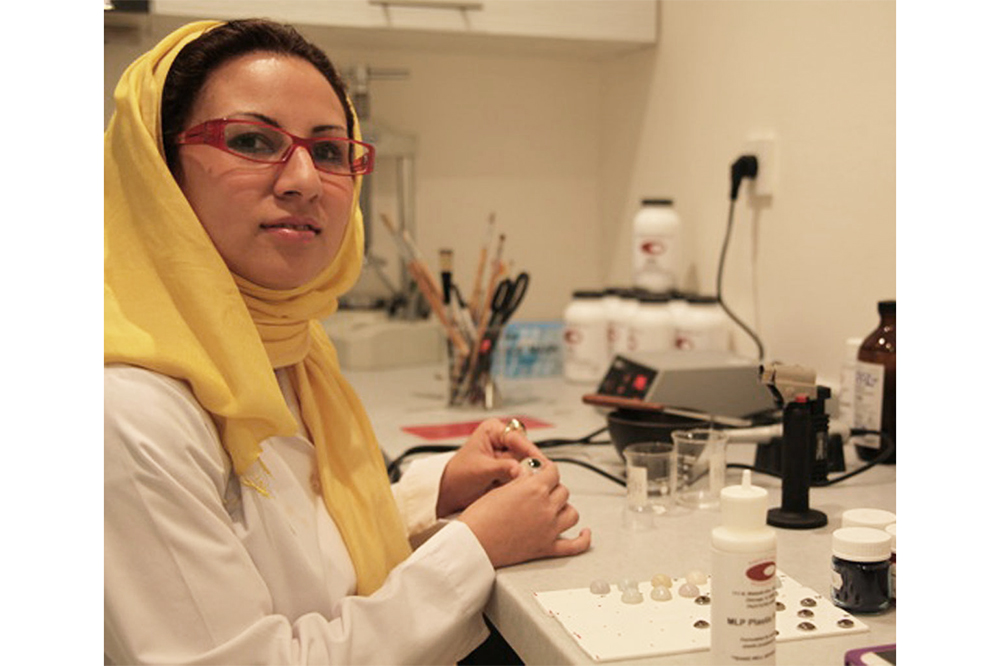 She is the first Saudi and Arab woman to specialize in the construction of ocular prosthetics for people who may have lost one of their eyes. Alaa Bahri, who stands firmly by this cause told Vogue Arabia, “There is a need for this profession in the Middle East, not only in the Kingdom. It’s amazing how transformative the process can be in people’s lives.”

What she enjoys most about her career is the fact that there is a creative side to it, “I enjoy painting matching colors and make the ocular prosthetics as natural as possible.” Bahri explained that this profession has traditionally been passed down for generations within families who were experts in creating these ocular prosthetics, and is proud of her achievement to gain her knowledge in the field as “an outsider Saudi girl”.

In Saudi Arabia, this profession is not recognized as a licensed profession but Bahri has hope as she states, “Nothing is impossible. My advice to young Saudi females is to choose something you love so that you can make a difference in this world. When you love what you do, you excel.”