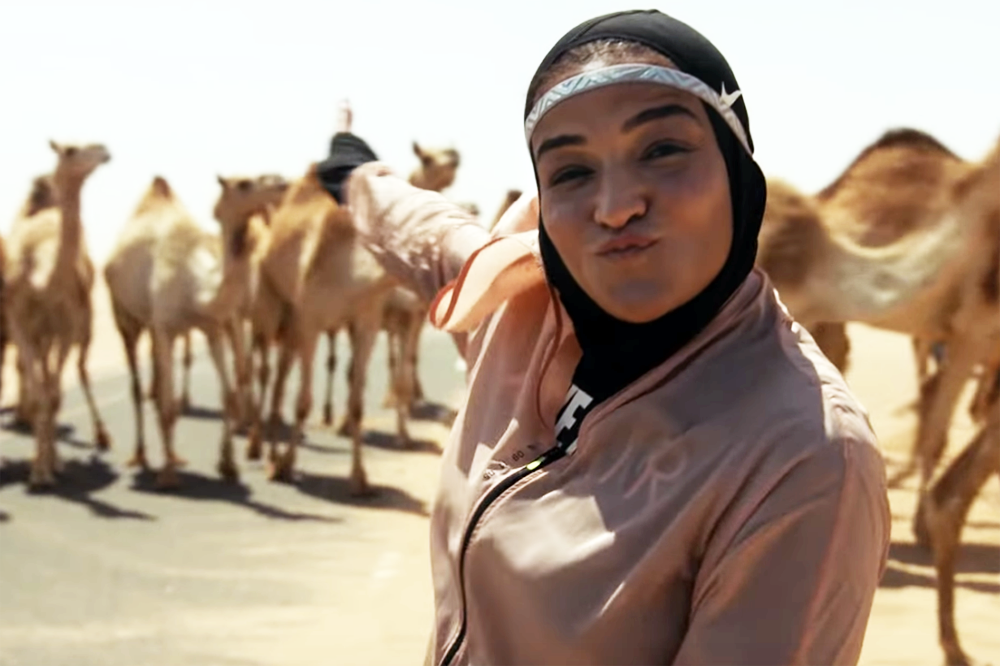 It doesn’t come as a surprise that Nike ambassador Manal Rustom is featured in Nike’s latest campaign, entitled “Dream Crazier”, which is all about breaking down barriers and disallowing limitations. The campaign was launched on the 26th of May and shines a spotlight on Rostom’s inspirational journey as a hijabi athlete as she calls for women in the Arab world to take note.

Taking to Instagram, Manal posted a video from the “Dream Crazier” campaign with the caption, "It's as if I've lived my whole entire Life for this one-minute, 12 seconds video. I'm on Top Of The World today to share with you my #DreamCrazier video which summarizes years of sweat, Blood and tears via my Mountaineering and Marathon Running journey."

In case you missed the Teaser on Stories They ask me what it feels like to be in the @Nike #DreamCrazier Campaign? . . . 1•It’s like THE DREAM INSIDE THE DREAM INSIDE A DREAM . . . 2•For everyone who’s every called me Crazy, or thought I was Crazy, Now I know It’s all OK :-) Thank you @nike . . . Inspired now to push as hard as I can; hustle as hard as I can; and Work as hard as I can. . . . #dreamcrazier #nike #justdoit #runwithmanal #manalslovehustleandplayinmay #survivinghijab #hijab

Manal Rostom is also the founder of a Facebook group called, Surviving Hijab, which unites the successes and challenges of hijabi women around the world, as she conveyed her gratitude to Nike for allowing her to share her journey vis the campaign, "I'm more inspired to continue to push more today, more than ever. Changing Lives and touching Lives more than ever.”

In 2017, Manal Rostom spoke with StepFeed regarding the groundbreaking launch of Nike’s pro-hijab line, stating, "To have an international, cosmopolitan, mainstream giant brand like Nike come out in times where Trump is freaking the whole world out from Muslims … well it's a big deal. I feel it's the best thing that has happened in the history of hijabi sports. And that's just my opinion.”

Being a Nike brand ambassador and becoming the face of many sport campaigns with the brand, Egyptian born Manal has continued to smash through the glass ceiling within the sports industry as she pushes limits and has run marathons and climbed mountains. Her message doesn’t stop with Nike however, as Rostom’s collaboration with Nike sets the bar for other companies to recognize Muslim women.

The “Dream Crazier” campaign also features other Arab athletes, including Zahra Lari. Lari is a five time UAE skating national champion and is the first Emirati female to compete in the Winter Games qualifications in 2018, as well as being the first Arab to join the International Skating Union.

Being in Nike’s “Dream Big: Empowering Women In Sport” is the perfect place for these Arab athletes as they continue to inspire more women from within the region and convey the message that nothing is impossible.