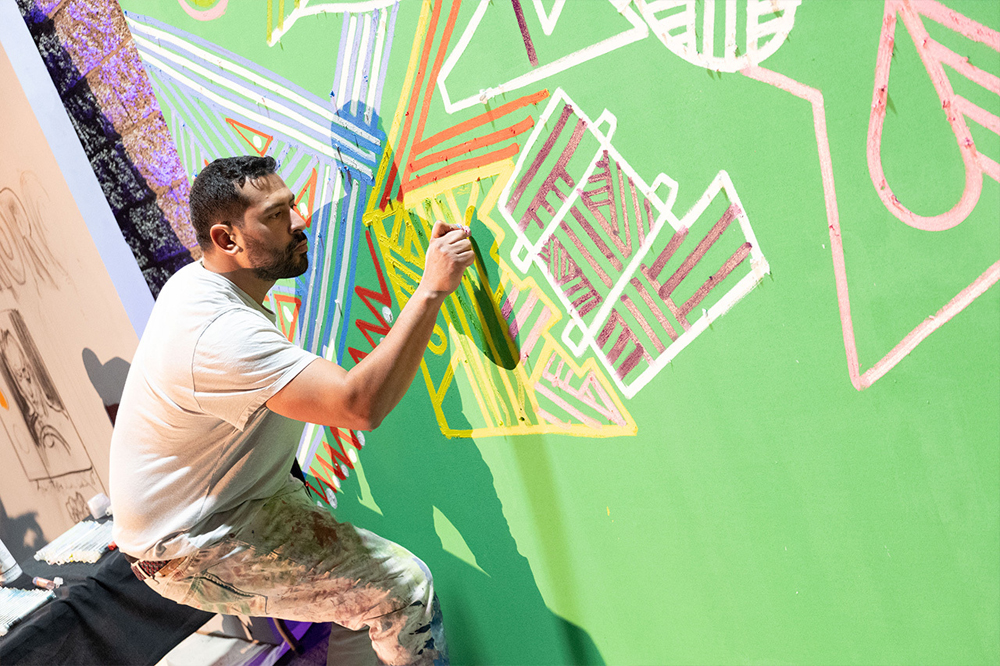 Abdullah Qandeel utilizes the Japanese concept of Kaizen, which translates to “continuous improvement”, as he creates larger than life oil paintings that evoke conversation and a visual joy. It is a little known fact that people of the likes of the Kardashians, Kanye West and Saudi royalty are fans of his work and collectors.  Qandeel’s work is seen to be “colorful, abstract and bold” as some of the themes he explores within his body of work include failure and power. 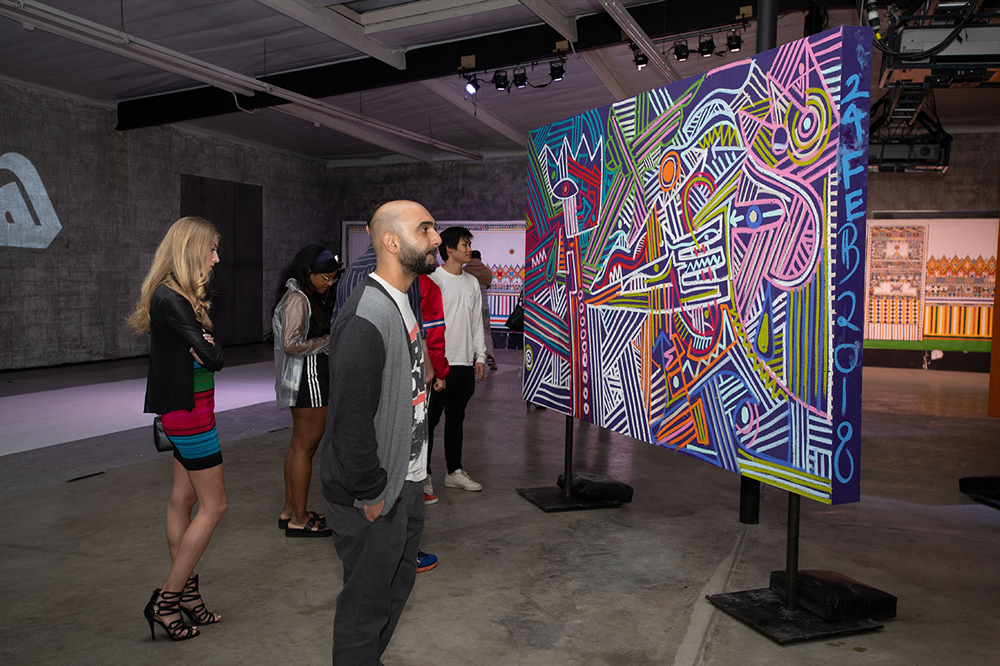 A rebellious artist, Abdullah Qandeel has previously been arrested on two occasions for painting the walls and items within the hotel rooms he stayed in, New York’s 6 Columbus and London’s Mayfair Hotel. Of course the Saudi artist makes a case for why he did it as he states, “I don’t have a habit of destroying property. I have a habit of making art. I don’t know how my art will look in the future, but I do think I have the ability to transmit energy. I want to influence others and inspire younger artists,” he said as he aspires to open his own hotel that “doesn’t arrest artists” for the way they express their creativity.

Wanting to set a positive example for aspiring artists within Saudi Arabia, he sees the potential of the scene within the kingdom, and is now focusing on a new project in Jeddah, called The Creativity Terminal. Speaking about the huge project he told Vogue Arabia, “The goal is to build an entire ecosystem focused on empowering youth to unlock their creative potential, generate new opportunities, and simultaneously reactivate rural areas to reinvigorate local economies.” 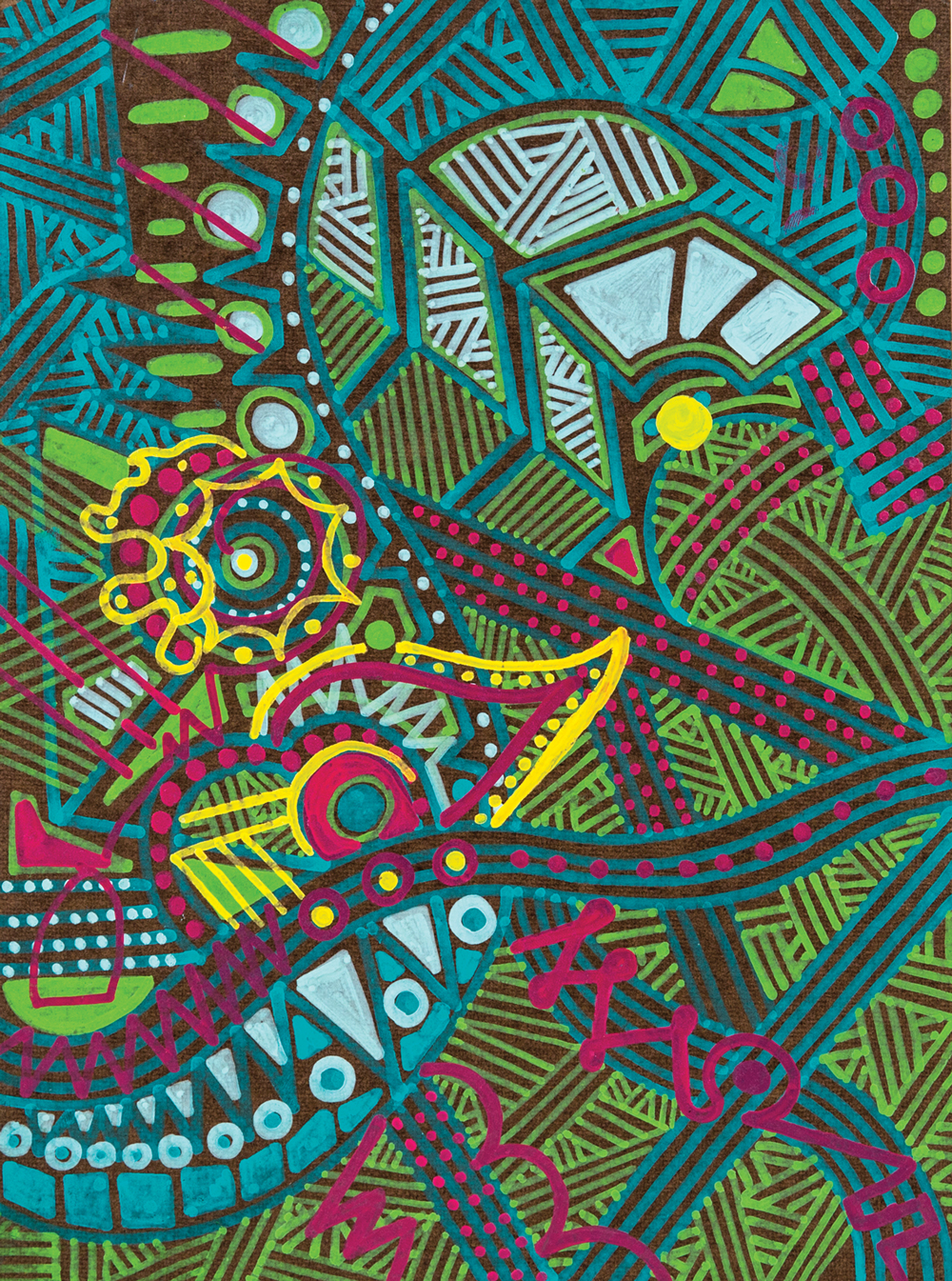 The Creativity Terminal will be a contemporary and cohesive creative nucleus which will allow for artists to use the space for a variety of art production using their own techniques, all of which the project will cater to. The creative space will also allow for technology and will be a “pavilion with 20 music and photo studios, meeting and screening rooms, and study cubicles; 88 warehouse-like structures, called Gates, around the property to house Saudi Arabia’s most promising startups; a zen garden; and a massive event space accompanied by an auditorium and gallery.”

Abdullah Qandeel explains, “I am building a centralized co-working space that inspires and empowers artists, musicians, and entrepreneurs through collaboration and dialogue, as well as providing the tools necessary for all sorts of content creation. We are at risk from automation; my project is the answer. The venue would house artists, music studios, a library, and the largest event space in all of Saudi Arabia.” All going to plan, The Creativity Terminal foundations will be laid on May 1st 2020, giving the concept time to raise funds for the monumental and exciting project. 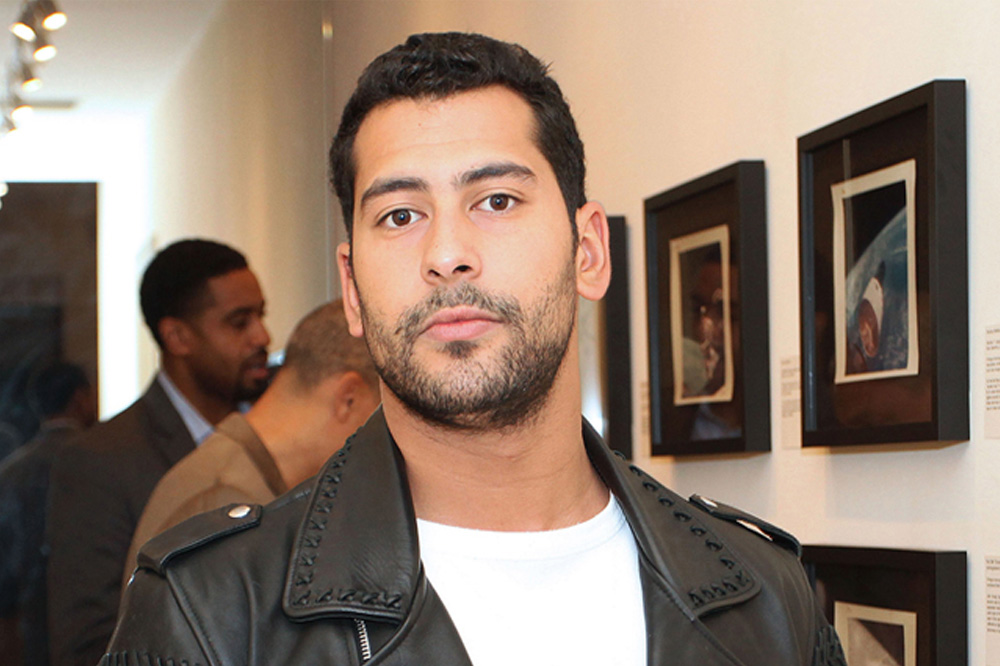 A Jeddah native, Abdullah Qandeel was born in the coastal city in 1988 and has been a sensation within Saudi’s art scene. One of his works, Kingdom of Love, was the first piece of modern art to gifted to America. A much sought after artist, Qandeel’s The Enemy Within sold for $209,000 at Sotheby’s art auction in 2014, In 2015 Sotheby also sold a painting of his entitled, The Race for a cool $274,000. 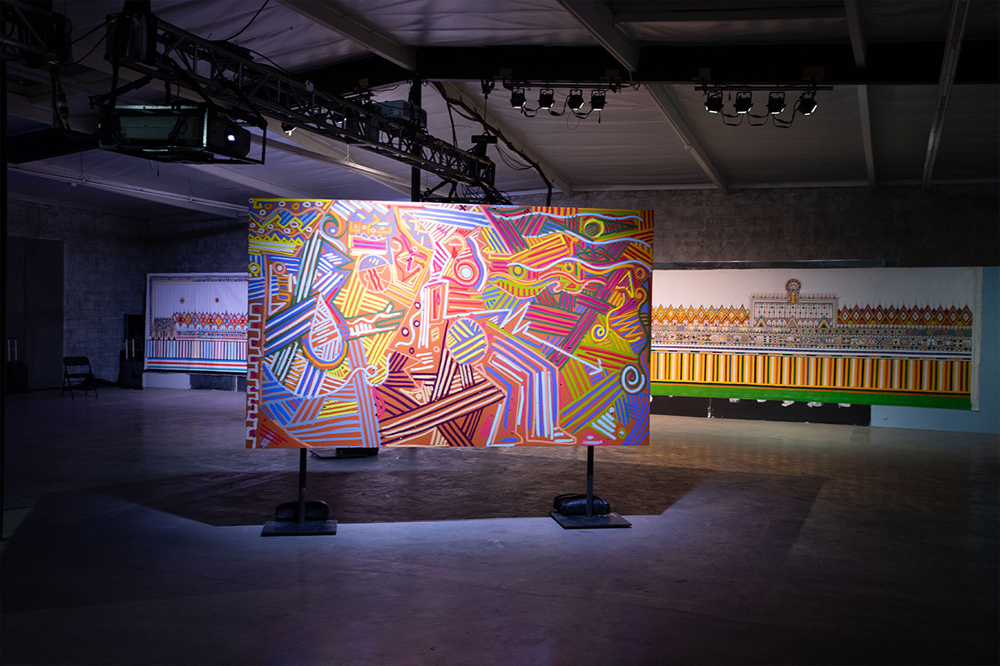 “My power is the ability to create beauty. I believe that I have been given a gift by God to create things – objects that emit positive energy.” The Saudi artist discovered his artistic talents and passions at the age of 10, when he was sent to study at one of the world’s oldest boarding schools, The King’s School Canterbury. He was constantly drawing to create something from his own imagination that could be conveyed to voyeurs of his work. He created his first “real” piece of art at the age of 20. A painting entitled Divorce, which was a portrayal of a man, a woman crying with a child stood between them.