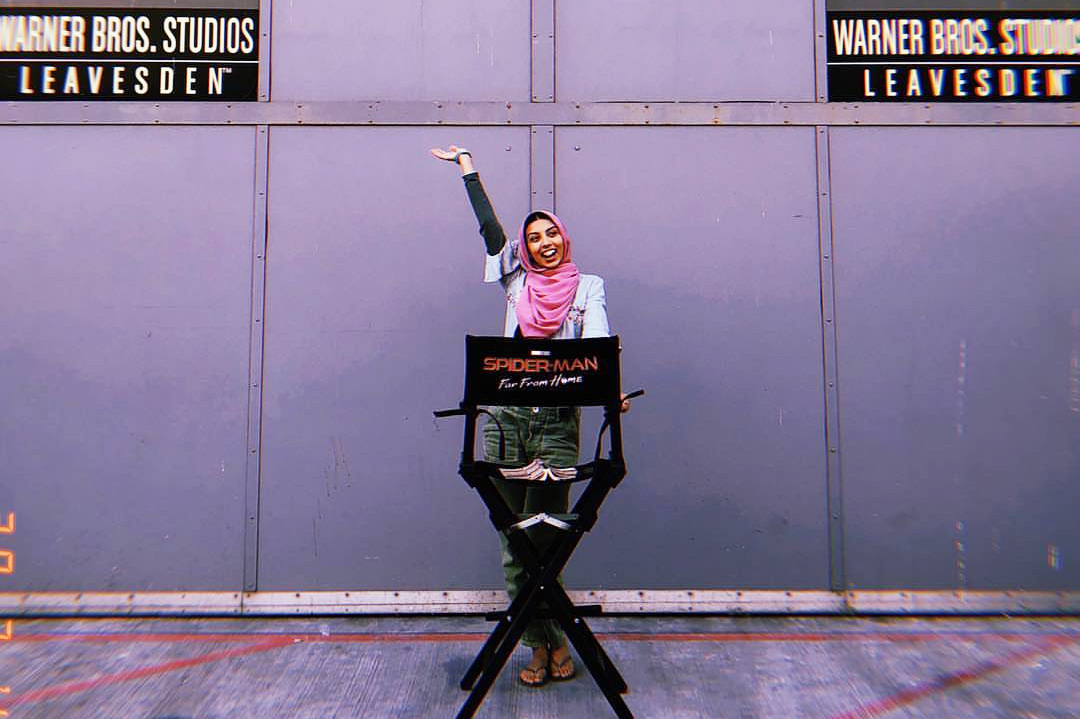 Fans of Marvel comics rejoice: the latest installment of the Spider-Man franchise is set to open in a few weeks. Spider-Man: Far From Home will once again see actor Tom Holland as Peter Parker, who this time heads to Europe for a vacation that gets ruined when spymaster Nick Fury (played by Samuel L. Jackson) shows up to deal with several creature attacks. Apart from the expected excitement that comes with the big-budget Spider-Man films, this latest one is extra special as it will feature the movies’ first-ever hijabi character, played by Pakistani-born, British model Zoha Rahman.

According to various reports, Rahman was working as a relatively unknown actress and model before her agency sent her casting for the role. Speaking to Al Jazeera recently, she explained how she managed to land the part as Peter Parker’s Muslim friend, saying, “Marvel and Sony take their confidentiality very seriously, so I only found out five minutes before what the part was for and I didn't have time to fully process it […] I was at a train station when I got the call from production telling me I got the part […] I felt so many emotions at once - shock, happiness, nervousness, gratefulness.”

This is the hardest, and by far the best secret I’ve ever had to keep. . . When I was asked if I was happy to wear a hijab for this role I basically jumped into it, full force, sent selfies in a dupatta as a hijab straight away to the casting director. . . You see, I was a little brown girl who watched movies and adverts and tv shows and cartoons and billboards but never saw herself. So this was a private little mission, to see myself where little brown girls didn’t belong. And as this grew, I realised how selfish I had been to think I was the only one thinking and feeling and hoping the way I was. So this one’s for all of us little brown girls, all of us little girls, all of us little boys, all of us changing the stories we tell from now on PC @remyhii

Prior to standing in front of all kinds of cameras as a career, Rahman had moved from Pakistan to the United Kingdom to pursue a law degree. While still working on her Master’s, she decided to take a year off to pursue her true passions. Today, the actress is one of the first Muslim characters by Marvel, joining the likes of Muslim superhero Ms Marvel, AKA Kamala Khan, who is set to become a prominent figure in the Marvel Cinematic Universe.

Spider-Man: Far From Home is directed by Jon Watts from a script by Chris McKenna and Erik Sommers. This latest installment of the much-loved franchise will see Mysterio being played by renowned actor Jake Gyllenhaal, and will see the return of cast members Zendaya as MJ, Marisa Tomei as Aunt May, Jon Favreau as Harold “Happy” Hogan, and Jacob Batalon as Parker’s best friend.