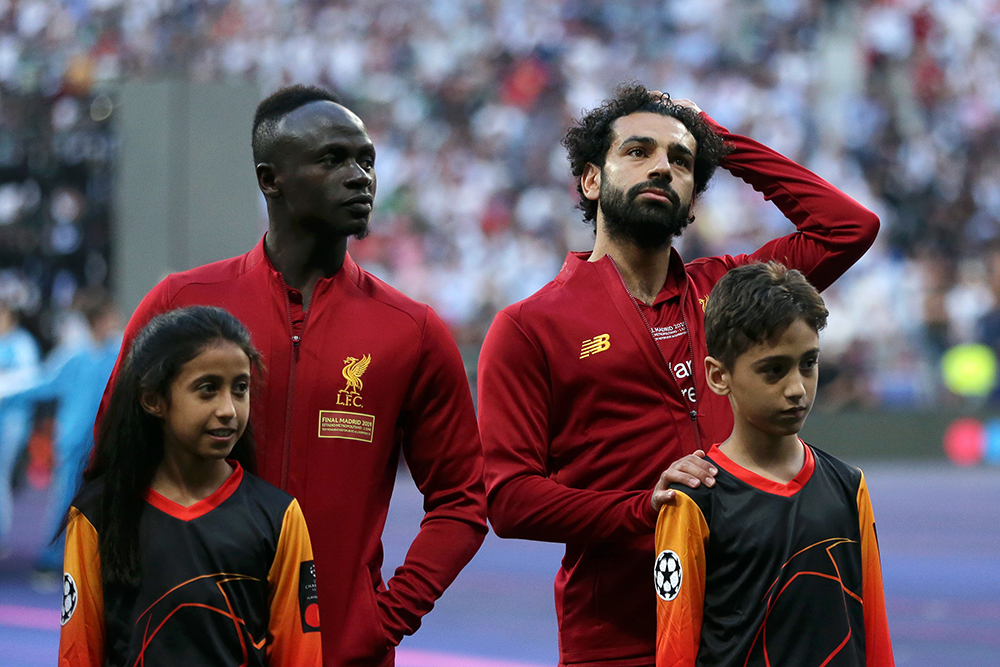 This week at a UEFA Champions League game, football team Liverpool had the world talking because of its stunning 2 - 0 win over Tottenham, with Egypt’s and the world’s most beloved player Mo Salah leading the team to victory. Another individual from this region also had people talking during the match and that was 10-year-old Basmah Nawaf Alshnaifi, who became the first girl from Saudi Arabia to become a mascot at the global sporting tournament, all thanks to MasterCard, the tournament’s official sponsor.

According to various reports, MasterCard surprised Alshnaifi with a ticket to the Spurs v Liverpool match in Madrid, and gave her the chance to walk and stand alongside international football champions such as Salah, Divock Origi and Hugo Lloris. Speaking about the experience in a recent article in Vogue, Alshnaifi said, “I never thought I would ever have such an experience in my life. I have always had the dream to play in a big stadium and today I am present in the UEFA Champions League Final as a player mascot. I want to thank Mastercard for making this happen. This is the best gift I’ve ever received and I will always remember it. Thank you as well to my family and academy for supporting me.”

In an article on Arabian Business, J.K. Khalil, Mastercard's General Manager for Bahrain and Saudi Arabia, shared his thoughts regarding this first for Saudi Arabia’s young girls, saying, “At MasterCard, we are committed to offering cardholders priceless opportunities that allow them to pursue their passions […] It is heartening to see such unbridled enthusiasm for football among young Saudi girls today, and we couldn’t be happier to help make Basmah’s dream a reality.”