After seeing her hypnotic French performance, we’re more than ready for an Arabic version. 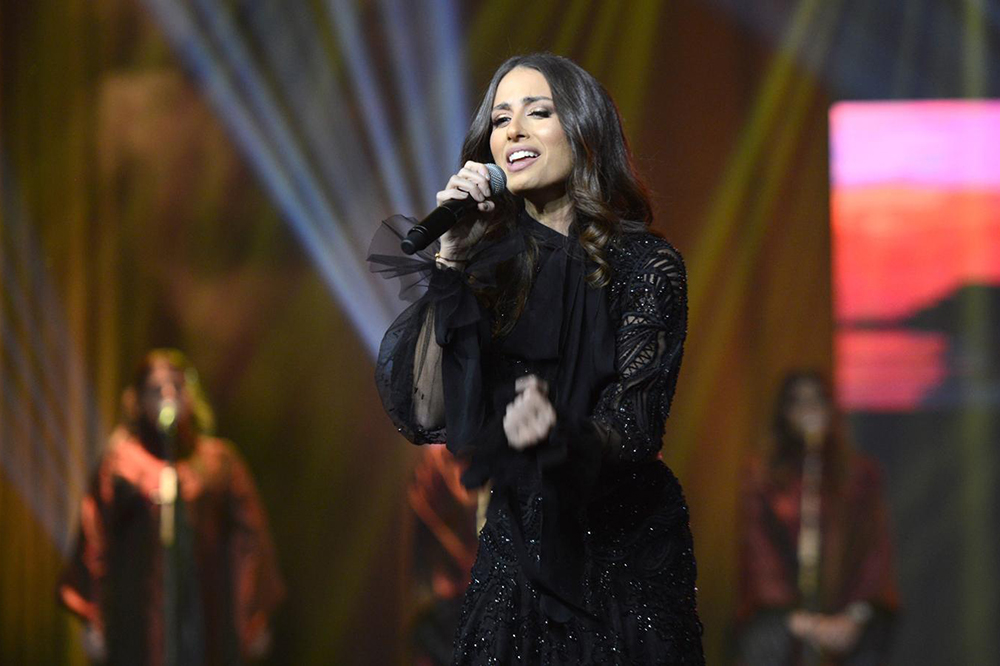 Hiba Tawaji's latest career breakthrough sees her as the voice of Princess Jasmine throughout the French version of the new Aladdin. The Lebanese soprano’s role in the dubbed version of one of the world's largest film productions of 2019 is her third collaboration with Disney. Tawaji’s exceptional voice and brilliantly mastered vocal techniques can also be heard on a Christmas Disney album and the Arabic version of the song Elena of Avalor.

The 31-year old singer and actress, who became famous after appearing on France’s The Voice, sings all of the numbers performed by Princess Jasmine. “Nice surprise to announce to you! I'm happy to lend my voice (spoken and sung) to Jasmine for the French version of the new film," she tweeted.

Tawaji was in France, where it is common for movies to be dubbed into French rather than played in cinemas with subtitles, for the premiere of the film. The recent event in Paris took place at Le Grand Rex in the presence of nearly 3,000 people, including stars, actors and media personalities, as well as the film's cast and crew. After the screening of the film, the president of Walt Disney in France introduced her to the audience, and she went on to spellbind them with a live performance. She belted out two songs from the movie, Parler, the French version of Speechless, and Ce Rêve bleu (This Bleu Dream).

Directed by Guy Ritchie, the remake of the story about the street urchin who falls in love with the rebellious Princess Jasmine stars Canadian-Egyptian Mena Massoud as Aladdin. Other cast members in the movie, which Massoud hopes will break down stereotypes about he Middle East, include Hollywood heavyweight Will Smith and English actress Naomi Scott.

If you want to see more of Tawaji, who has made two albums with Oussama Rahbani and is known for playing the main female role in some of his most renowned musicals, she will be performing with world-renowned tenor Andrea Bocelli this summer at Lebanon’s International Cedar Festival. She has also resumed her international tour as Esmeralda in Notre Dame de Paris. She is performing in Taiwan at the moment and will be in China from July 19 to August 10.