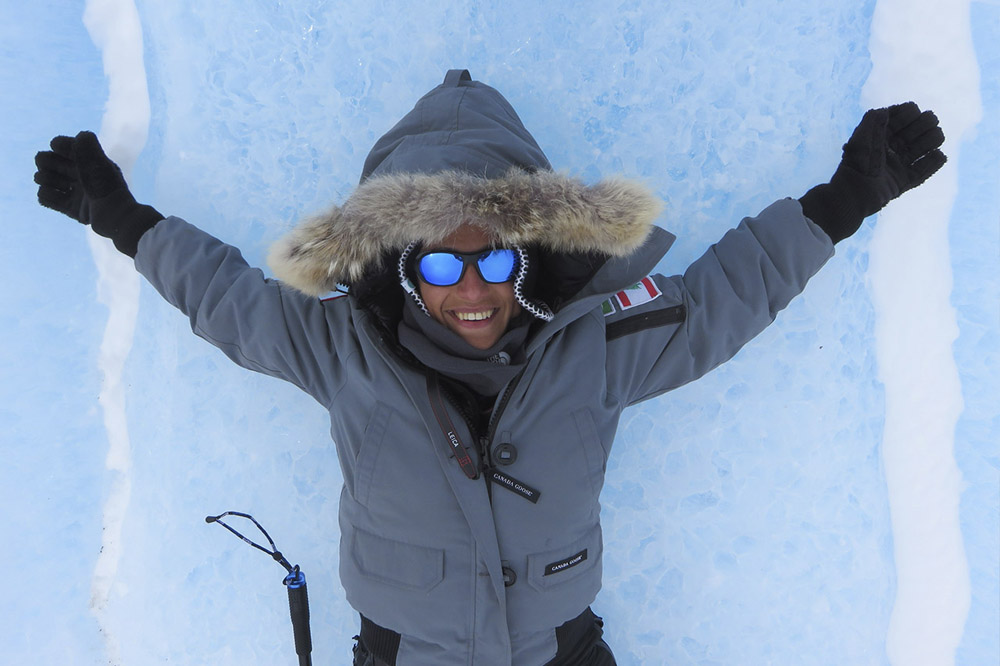 Across the world, mountaineers continue to ascend the world’s highest peaks in order to raise funds for various charities and to highlight various causes. One Saudi Arabian woman has long joined the list of altruistic adventurers, climbing to benefit many, from cancer patients to war refugees. According to Arab News, Mona Shahab is aiming to climb all of the world’s highest summits and is currently taking on Everest, the world’s tallest mountain.

As reported by the news site, Shahab, who is also aiming to tackle the North Pole and the South Pole, is raising more than $350,000 for charitable causes. By taking on the Seven Summits and both Poles, she aims to send a message to Saudi women and to the world at large. Speaking to Arab News, she explained that one of her goals is for “to gently shake the world, to change misperceptions, and maybe even shatter some stereotypes. Many raise an eyebrow when they hear a Saudi woman has achieved something […] Saudi women can, Saudi women will, reach whatever heights they set their mind and heart to.”

Back to Hub meetings

Shahab is a child clinical psychologist and the co-founder of The Empowerment Hub. Outside her 9 to 5, she is a true adventurer at heart. Her love for hiking started young when she was traveling around Spain with her parents. But her real love for mountaineering began in 2007 when was invited by a couple of friends to climb Mount Kilimanjaro. In order to go out into the world and ascend some of the most difficult terrains, Shahab trains hard, often spending hours every day on a treadmill carrying a backpack full of liters of water and books. She also throws running, spinning, and Bikram Yoga into the mix.

This inspiring Saudi mountaineer has embarked on her latest Everest adventure to raise funds for one particular charity she holds dear to her heart, founded by her late friend Marwa Fayed. Shahab met Fayed on an expedition in which she was part of the first team of Saudi Arabian women to reach the Everest Base Camp. Fayed was wife of Omar Samra, the first Egyptian to climb Mount Everest, the Seven Summits, and ski to both the South and the North Poles. After Fayed died giving birth to her daughter in 2013, Shahab decided she would take on an adventure in her memory and for her charity.

Wishing all these awesome Arabs on #Everest this season all the luck on their journeys to the summit and praying for their safe return! Check out the causes they’re supporting and raising funds for!Repost from @mountaingipsy using @RepostRegramApp - Everest 2019 have seen the most Arabs/ Middle Easterns ever! There are 15 of us and 14 contributed to make this video. Most of the climbers are either raising funds or creating awareness around certain topics with different organizations. Whether you are an individual or an organization, It’ll be great if you can help them raise sufficient funds or spread there messages. We all are putting the same effort by climbing the highest mountain in the world for a better middle east ! & for the love of mountain climbing ! Below are the link related to each climber. Be part of it; Follow, share, support, donate or create awareness ! . . Tima Deryan @mountaingipsy @yallacleaning . . Samer Akkad @akkadsamer78 @syredcrescent @alfineeq . Khadija Turki @khadijaturki @dubaiholding #risewithkhadija . Mona Shahab @monakshahab @gentoarabia @marwafayedstoyrun https://www.gofundme.com/Everest-for-365-Deeds-Forward . Avedis Kalpaklian @avediskalpaklian @lebaneseredcross http://www.redcross.org.lb/Donate.aspx?pageid=248&PID=158 . Nadhirah AlHarthy @alharthynoor . . Mostafa Salameh @mostafasalameh @khcfkhcc . . Nelly Attar @nellyattar @moveriyadh @basmehzeitooneh GoFundme.com/everest4change . Dolores Shelleh @doloresshelleh @thesustainabilitycity From the North Side . Ralph Kisso @ralphkisso @lebaneseredcross http://www.redcross.org.lb/Donate.aspx?pageid=248&PID=158 . Saud Aleidi @saud_ed @meem . . Sherif El Abd @sherief82 @basmehzeitooneh GoFundme.com/everest4change . Fahad Badar @fahad917 @qcs_qatar . . Ghassan Hajjar @ghassan_j_hajjar http://zoomaal.com/projects/afelxtrm?ref=170978167 @afel.liban . . Joyce Azzam @joyceazzam7s . . . #arabsxeverest2019 #everest #middle_east #cause #awareness #change #fundraise #support #climbing #beautifulpeople

“Marwa had founded a charity called Marwa Fayed’s Toy Run. It had humble beginnings — to collect toys and distribute them to orphans in Egypt. It then expanded to refugee camps worldwide and today the charity is educating children in all areas — from theatre and analytical thinking to space […] It only takes $500 a year to educate a child on the skills they need to become change agents in their communities. I have joined forces in the hope that we can reach 300 children in underprivileged areas in Egypt,” she said in a recent article by Arab News.