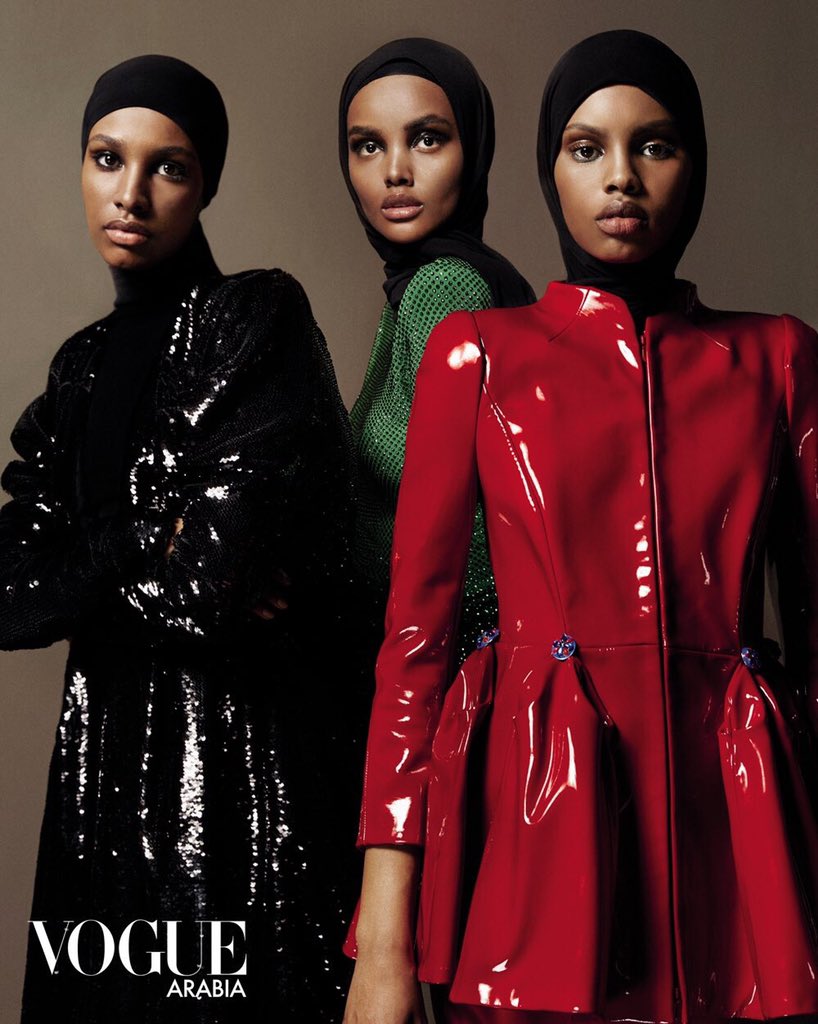 Halima Aden, Ikram Abdi Omar, and Amina Adan are legends in their own right: Aden, the first hijabi to become an Allure Magazine cover girl and the first hijabi to model for major Fashion Week shows; Omar, a Swedish-born, Bristol-based model, one of the first hijabis to take the stage at prominent fashion shows such as LFW, where she made her debut in Molly Goddard’s AW18 show; and Adan, Denmark's first hijab-wearing woman to be featured in a fashion catalog, a move seen at the time as a breakthrough for diversity in the country. 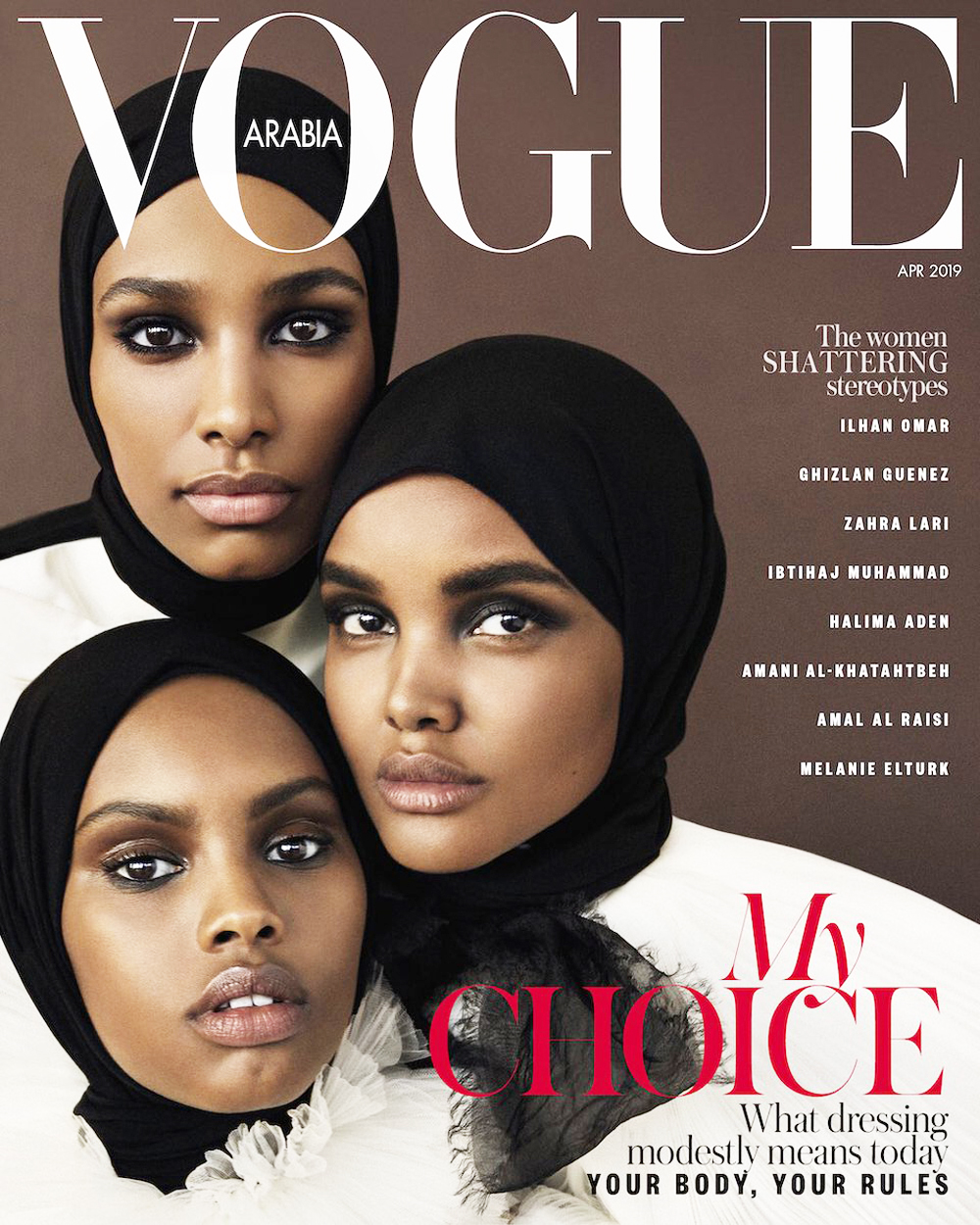 Together, these women are making history once again, this time starring in the first ever group hijabi cover for the April edition of Vogue magazine. According to the brand’s website, the upcoming issue ‘puts the spotlight on modesty and a woman’s right to choose – “your body, your rules.”’ The cover is Omar’s and Adan’s first for Vogue, and the second for Aden. 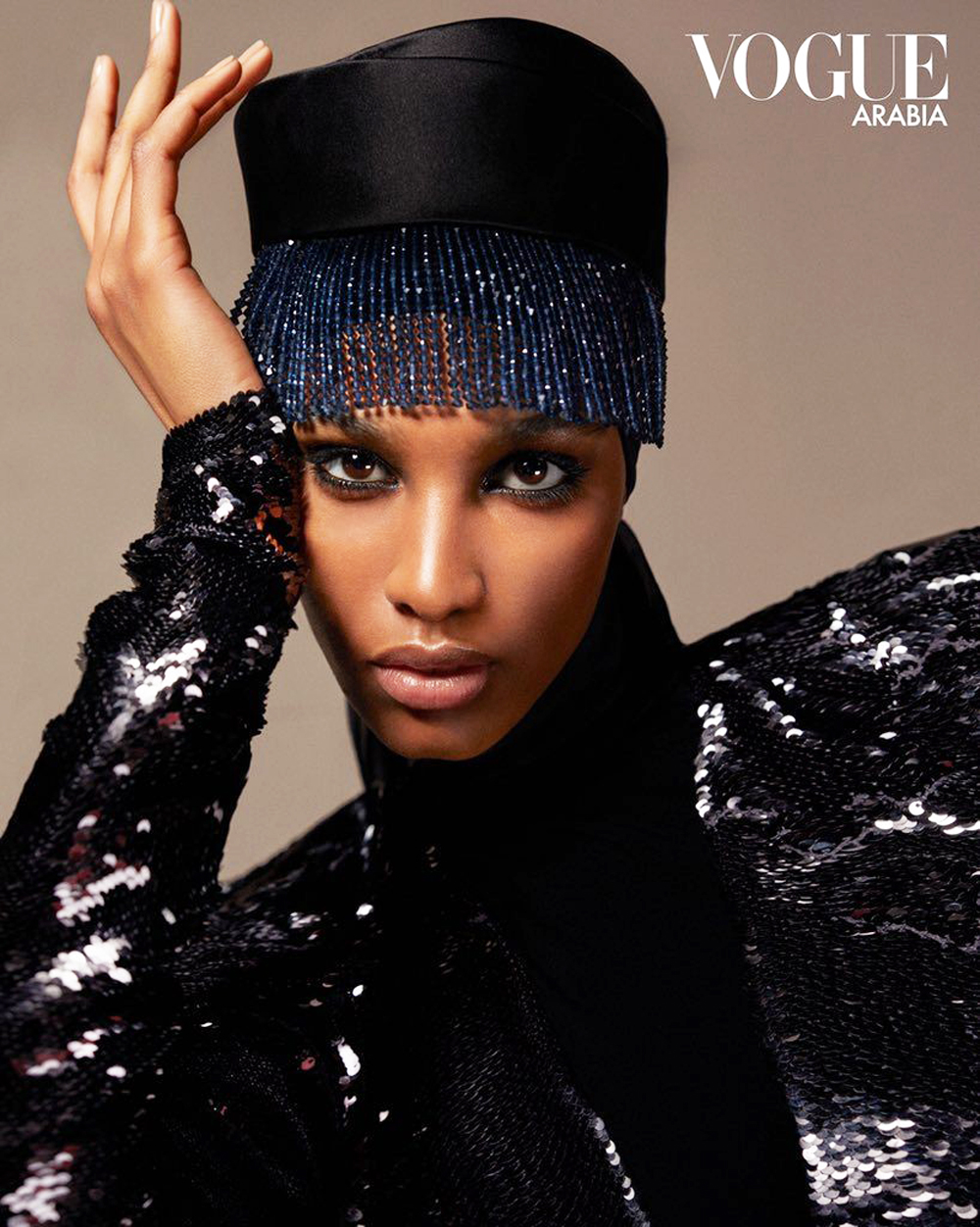 Speaking to the magazine, Adan talked about her personal experiences as a Muslim woman who chooses to don the hijab, saying, “Most people are afraid to ask questions and have a conversation about it, even if they are genuinely curious […] All they know about Muslim people stems from the news or videos on the internet about women not having the same rights as men.” 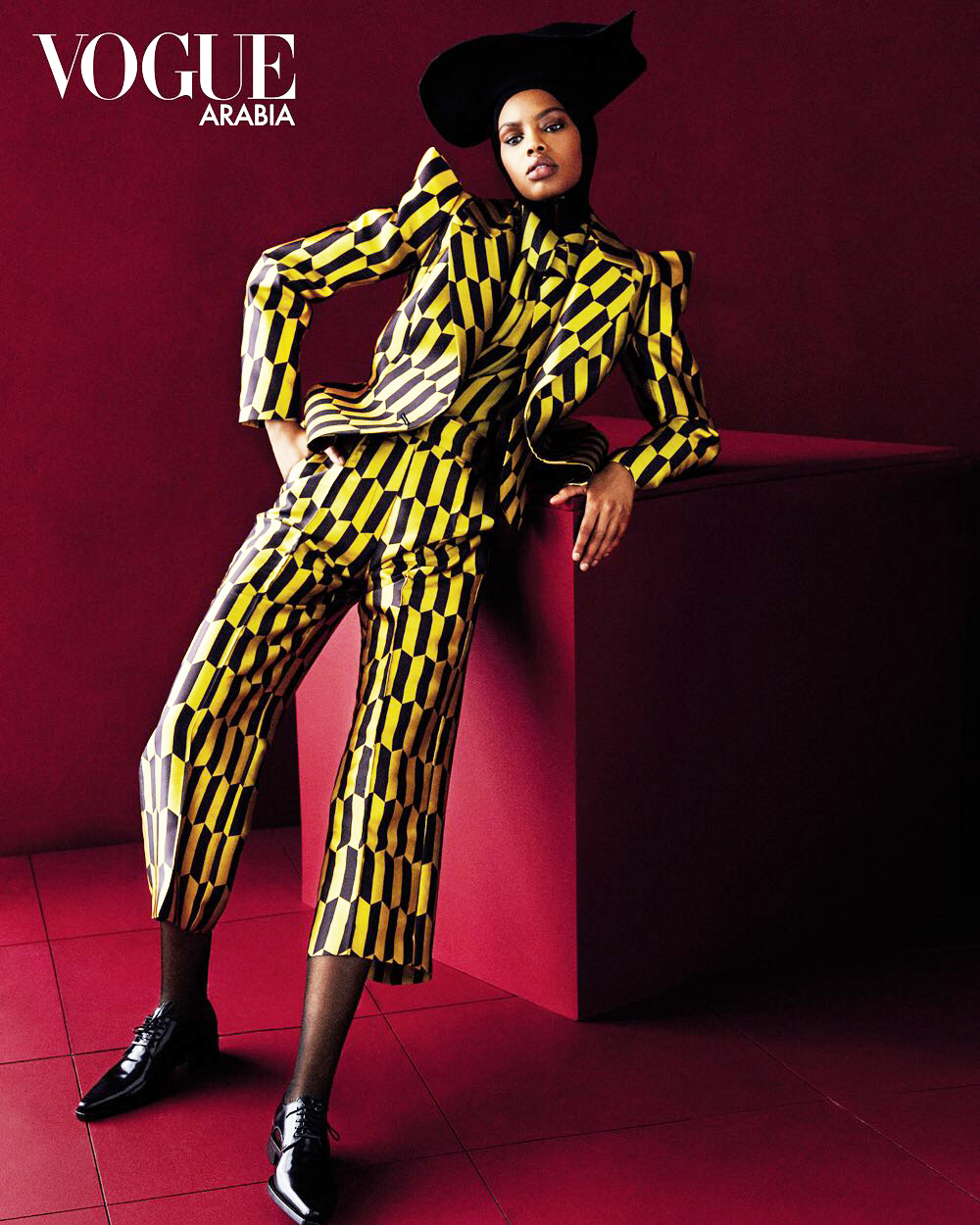 Over the years, fashion brands and platforms across the United States and Europe have been witnessing the rise of the hijabi model, with pioneering Muslim women taking to the stage to create a more inclusive environment, models such as Aden, Omar, and Adan, as well as others like Kadija Diawara, Shahira Yusuf, Feriel Moulaï, and Ugbad Abdi. 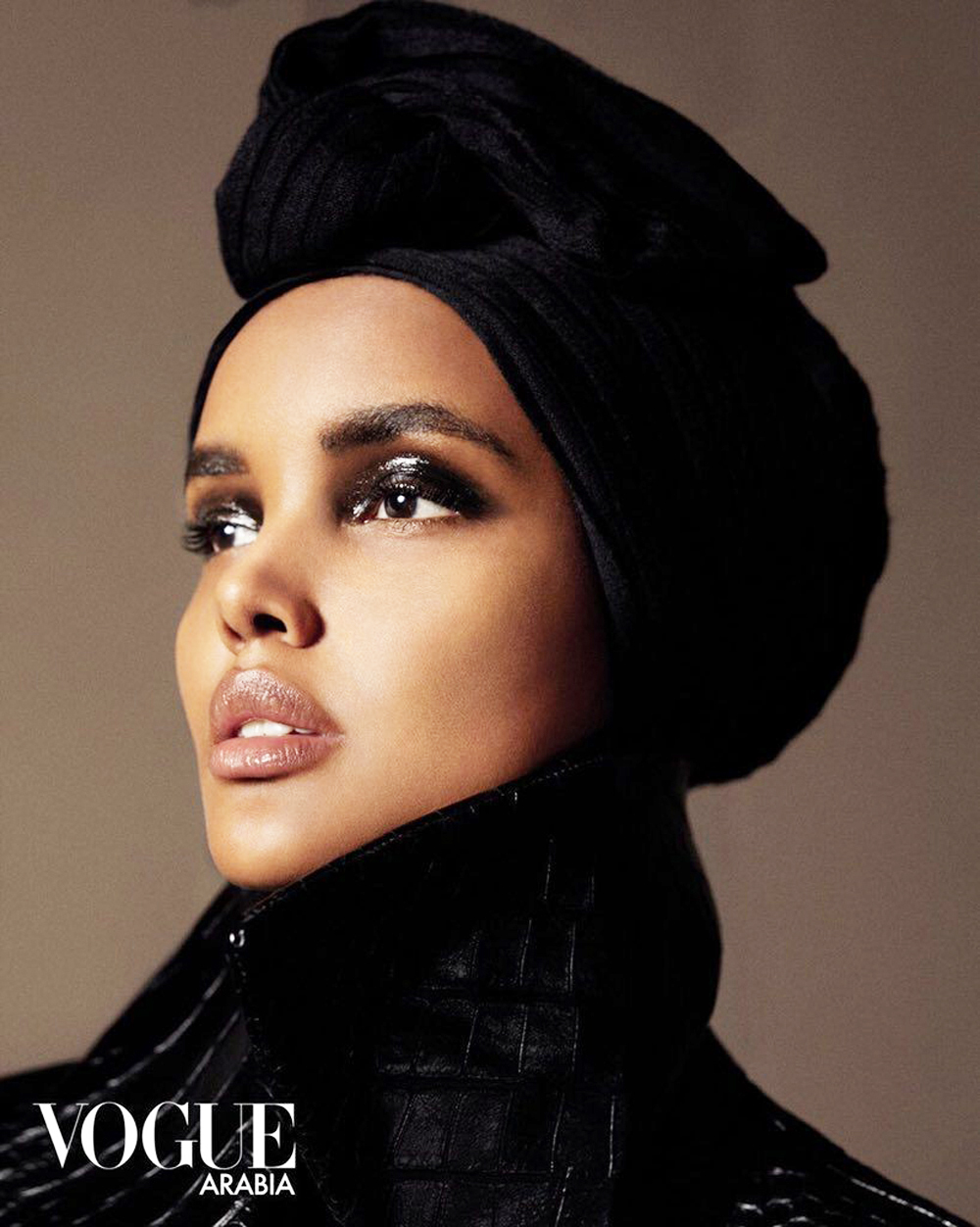 With the rise of hijabi representation in fashion, luxury brands are expanding their lines to cater to more modest customers, targeting the lucrative Muslim market particularly as growth in retail in the Arab world has now outpaced that in Asia and Russia.

All images are via Vogue