Leave Your Heart in San Francisco

Pack your bags and get ready to visit one of the most beautiful cities in the world. 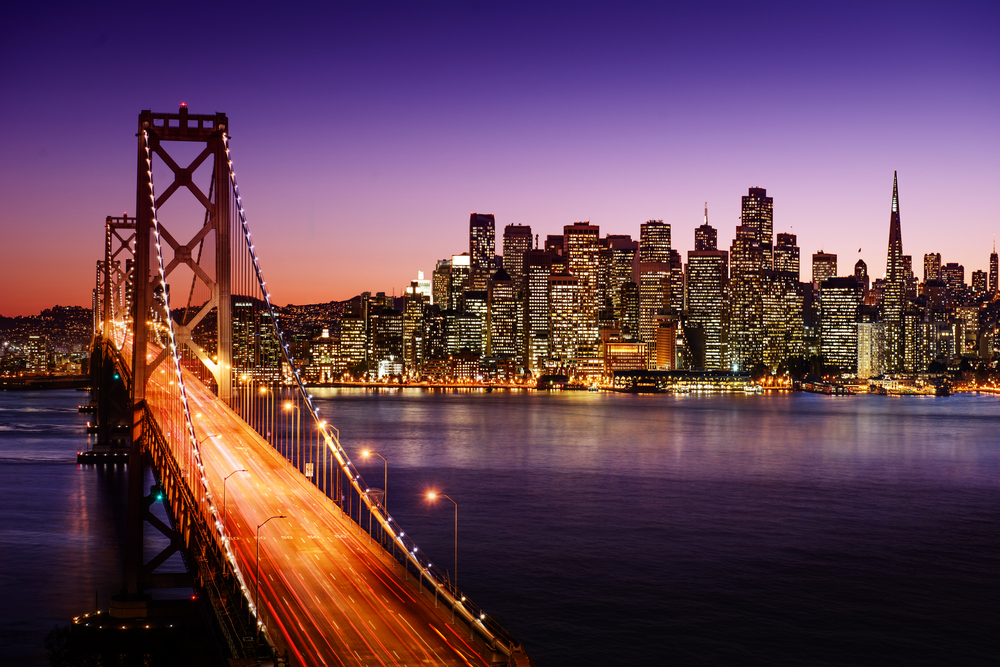 More than just cable cars and windy streets, San Francisco has been enticing tourists for decades, with its unique and quirky charm. Officially established as San Francisco, California in January 1847, after the end of the Mexican-American war, the city has since flourished, becoming home to the fourth largest population of billionaires (after New York, Moscow and London). It was a hub for treasure seekers in the 1840s during the Gold Rush, and was one of the only US cities to thrive during the Great Depression in the 1920s, when the city’s iconic Golden Gate Bridge was actually constructed.

With such a fascinating history, it should come as no surprise that San Francisco is a great holiday destination. So pack your bags and be sure to check off these great sites while you’re there. 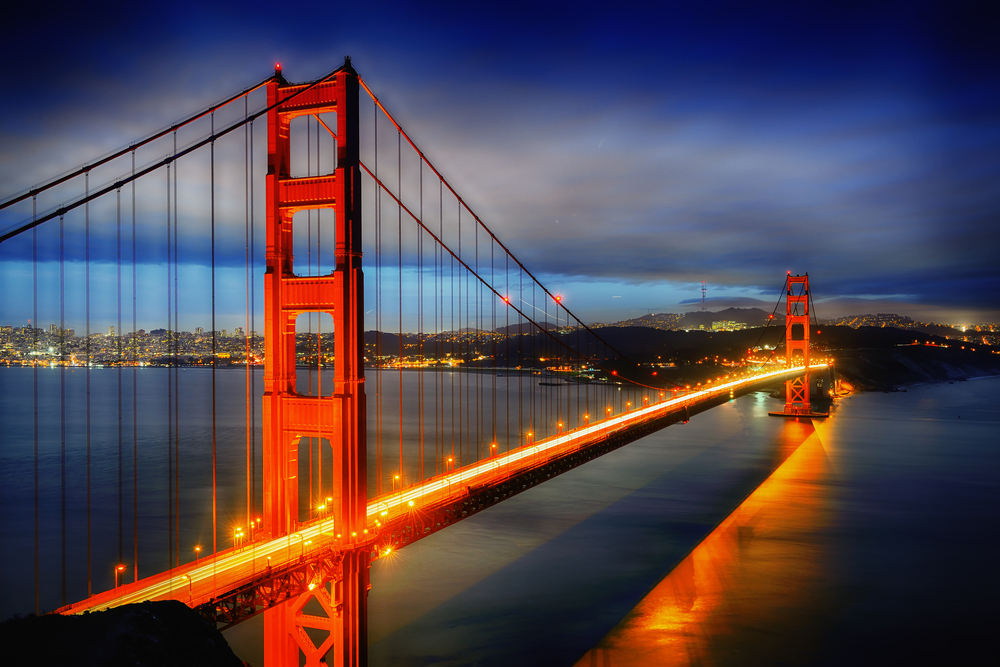 The first thing to do in San Francisco is take a trip to the Golden Gate Bridge. At the opening of the San Francisco Bay, the massive suspension bridge reaches over a section of the Pacific Ocean. It links Marin County and the San Francisco Peninsula. The most common symbol of the city, the construction has also been declared a wonder of the modern world. 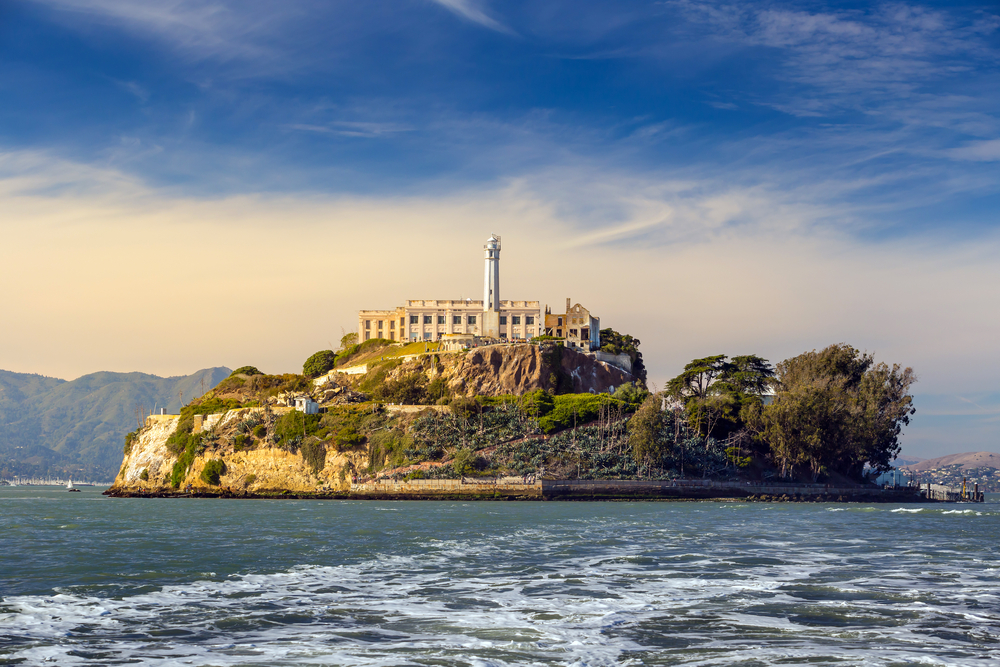 One of the most notorious prisons in the world, Alcatraz – a.k.a. The Rock – is located on the eponymous island in the San Francisco Bay, one and a half miles off the main shore. Built up in 1933 as a military prison and base as well as a federal prison, it was officially shut down in 1964 by President John F Kennedy. During its years of operation, it jailed some of the most infamous mob men of the time, including Al Capone, Robert Stroud, George Kelly, Mickey Cohen, James Bulger and Bumpy Johnson. Today, the island serves as a main tourist attraction and is open for visitors, who arrive via ferry. 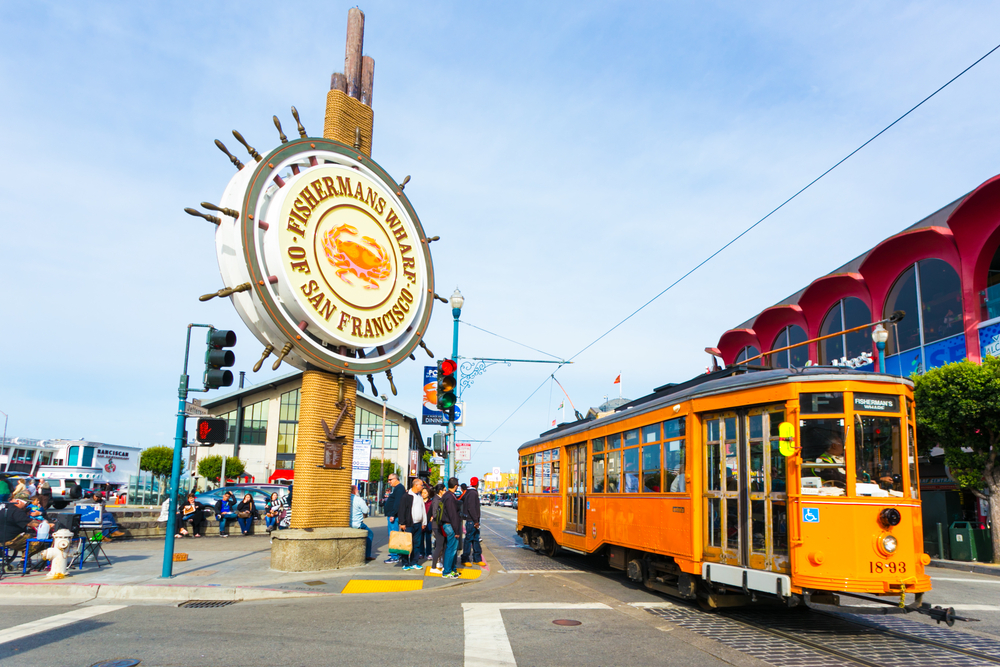 Fisherman’s Wharf encompasses the Van Ness Avenue from the northern waterfront of San Francisco. Tourists go there to enjoy the cable car lines that run to the Aquatic Park. Be sure to sample some of the fresh, tasty seafood at one of the many restaurants in the area, especially Joe’s Crab Shack, where you can enjoy amazing clam chowder as well scrumptious crab, lobster and shrimp dishes. A must-have is the steamed shellfish pot with lemon butter dip! 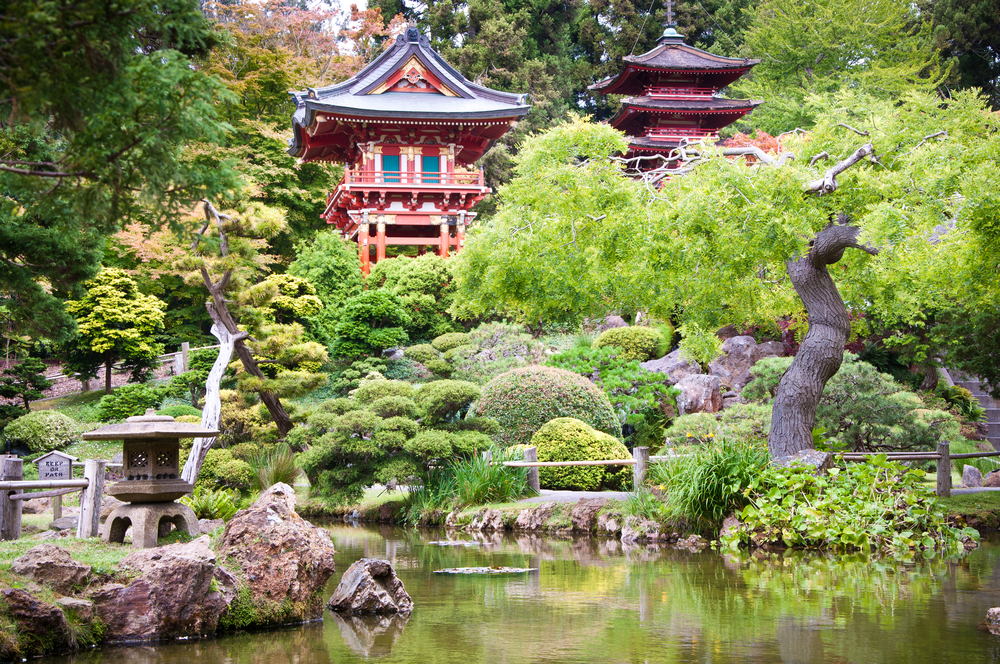 The Golden Gate Park spans across 412 hectares of land and measures five kilometres from east to west. It is among the most visited city parks in the United States, attracting around thirteen million visitors every year. But don’t be mistaken; this is not your average park. There are tons of things to do, starting with the de Young Museum (Fine Arts Museum of San Francisco), where you can see thousands of masterpieces. No visit to the park is complete without a jaunt to the Japanese Tea Garden, which creates an intense awakening of the senses with the sounds of an azalea-covered waterfall, regal lanterns and statues, and the intoxicating scent of sweet wisteria and other magical blooms. Sipping tea amid such a backdrop is truly a glorious experience. For families, there is also the Koret Children’s Quarter, which features an authentic carousel as well as a jungle gym, among other fun attractions. 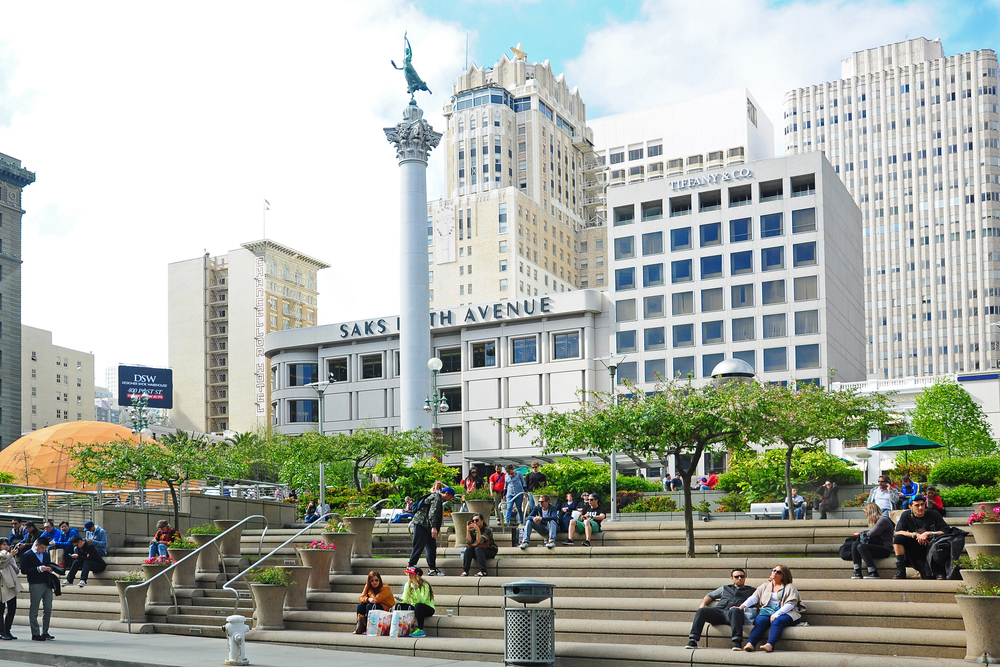 Union Square is a public plaza surrounded by Geary, Post, Powell and Stockton Streets. It features upscale boutiques, art galleries, beauty salons, hotels, theatres, spas and gift shops. Visitors can also enjoy a stroll along Maiden Lane, a pedestrian walkway that is home to San Francisco’s largest collection of luxury retail, peppered with outdoor cafés. After all that shopping, quench your palate at one of the gourmet Michelin star eateries or European-style bistros.

North of Union Square is the famous French Quarter, located between Bush and Pine Streets. This area has many outdoor French restaurants and coffee shops. 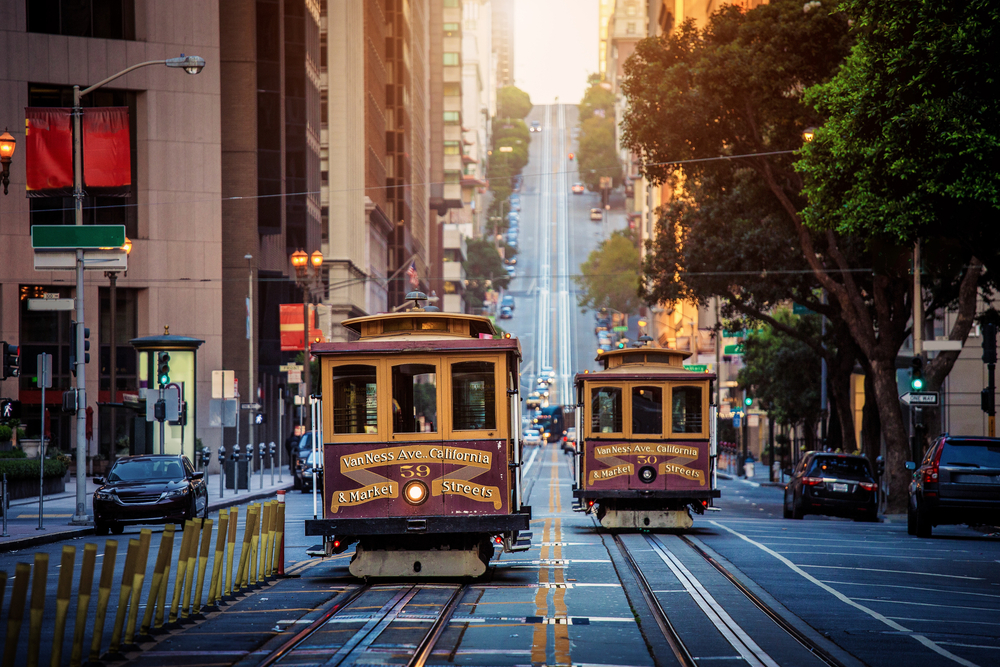 San Francisco is the only place where you can still enjoy a ride on the last manually operated cable cars. The cable car system is actually part of the local public transportation network and is used by as many as seven million commuters a year. The city’s ubiquitous cable cars are so famous there is actually a museum dedicated to them, which displays the first cable car from 1873 among other historical vehicles. 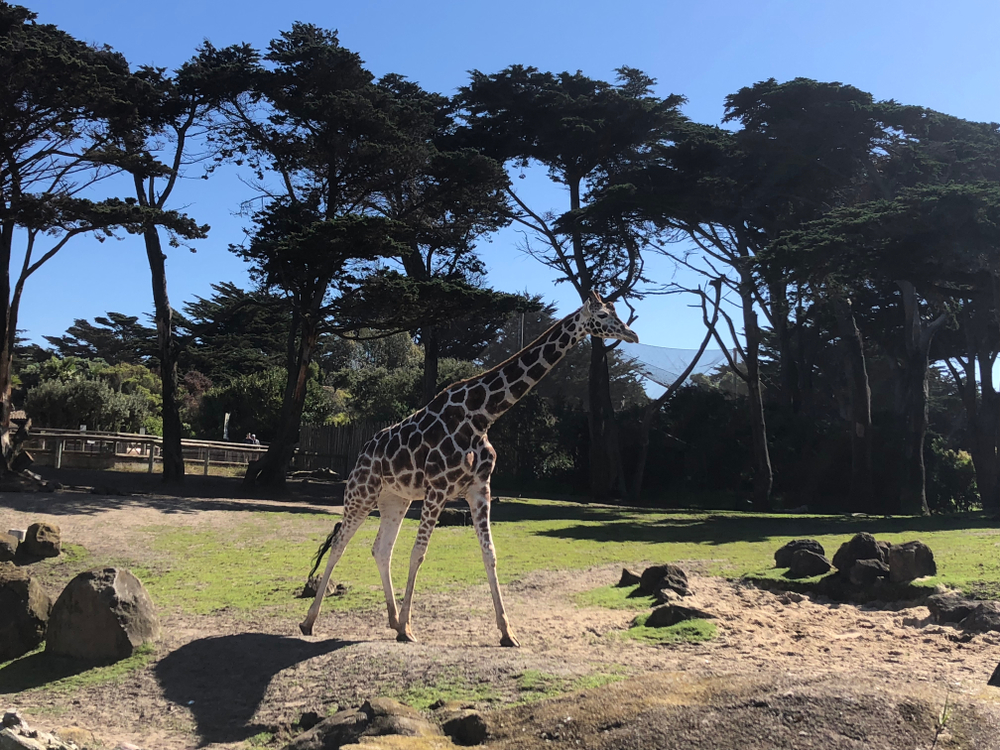 Located at the southwest corner of San Francisco, between Lake Merced and the Pacific Ocean, the zoo is the birthplace of Koko the talking gorilla. Koko is able to understand over 1,000 signs from the American Sign Language, and understands approximately 2,000 words of spoken English. The zoo also offers different exhibitions that attract hundreds of visitors on a daily basis, and is home to 693 animals from about 197 species.

9 You Need to Do at Dubai's Creek Harbour 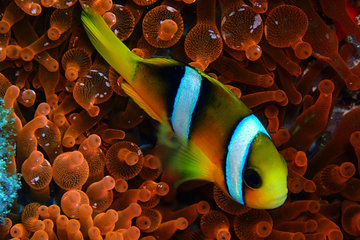 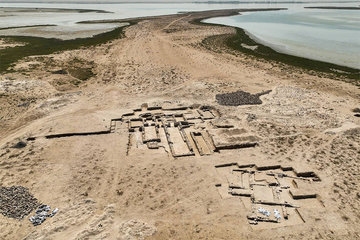