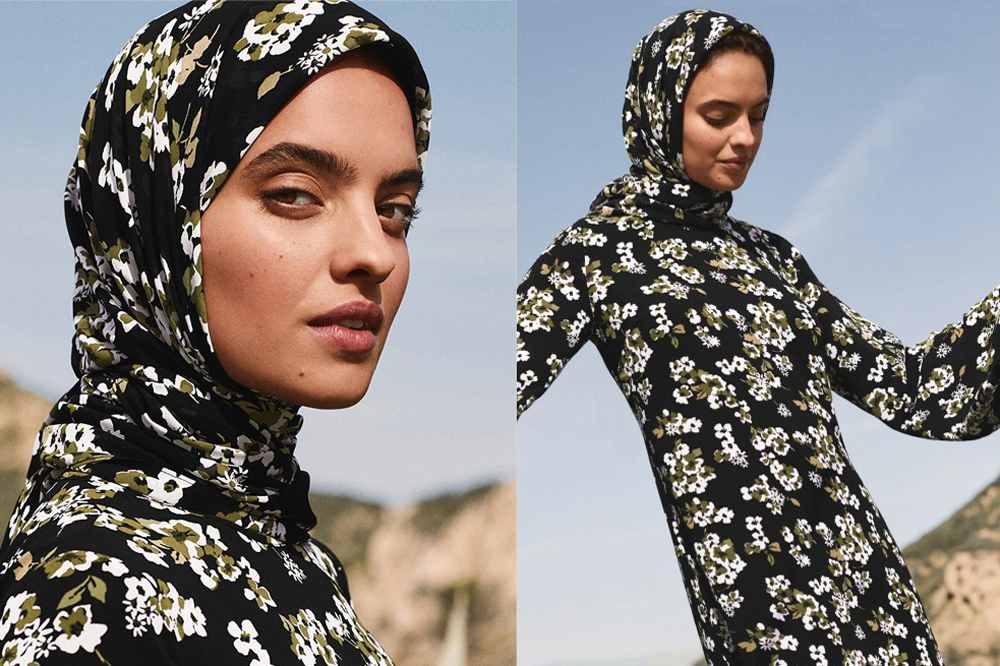 Although it’s been a reality for people in this region for decades, it has only been of late that the global fashion industry has realized the potential and lucrativeness of modest fashion. This untapped multi-billion-dollar market is now becoming a focus for big names in fashion, from Dolce and Gabbana, which released its first line of hijabs and abayas in 2016, to Oscar de la Renta, which has crafted Ramadan collections, to now Michael Kors, which launched its very first hijab this month as part of its SS19 Middle East edit collection.

Black with beautiful white and olive floral patterns, the headscarf comes in lightweight fabric and is one of just three regionally exclusive designs by the label. In addition to the scarf, the brand showcased an elegant, clean-cut, long-sleeved caftan in the same fabric and pastoral pattern, as well as a lace-up sneaker white sneaker with elements of the pattern found on the scarf. The Middle Eastern line is an extension of the brand’s latest SS19 MICHAEL Michael Kors collection.

While modest fashion is now growing in the West, in this region and beyond, in countries like Indonesia and Malaysia for example, it has been a profitable market for decades catering to the diverse tastes of more traditionally conservative consumers to more cosmopolitan, social media-savvy women. According to a 2018 report by DinarStandard and Reuters, Muslim consumers spent an estimated $270 billion on modest fashion in 2017, compared with $243 billion in 2015, with sales expected to reach $361 billion by 2023.

Today, fashion brands are offering more items for the contemporary modest Muslim woman. In 2017, for instance, the first London Modest Fashion Week was launched, with dozens of designers from across the globe showcasing their modest designs, from hijabs to turbans, conservative dresses to burkinis. In addition, the fashion industry is working on being more inclusive by improving representation. For instance, for the first time in its over 100-year history, Vogue put Somali-American model Halima Aden, its first woman wearing a hijab, on its cover last year.