Female Designers Stitching Activism on the Arab Side of the World 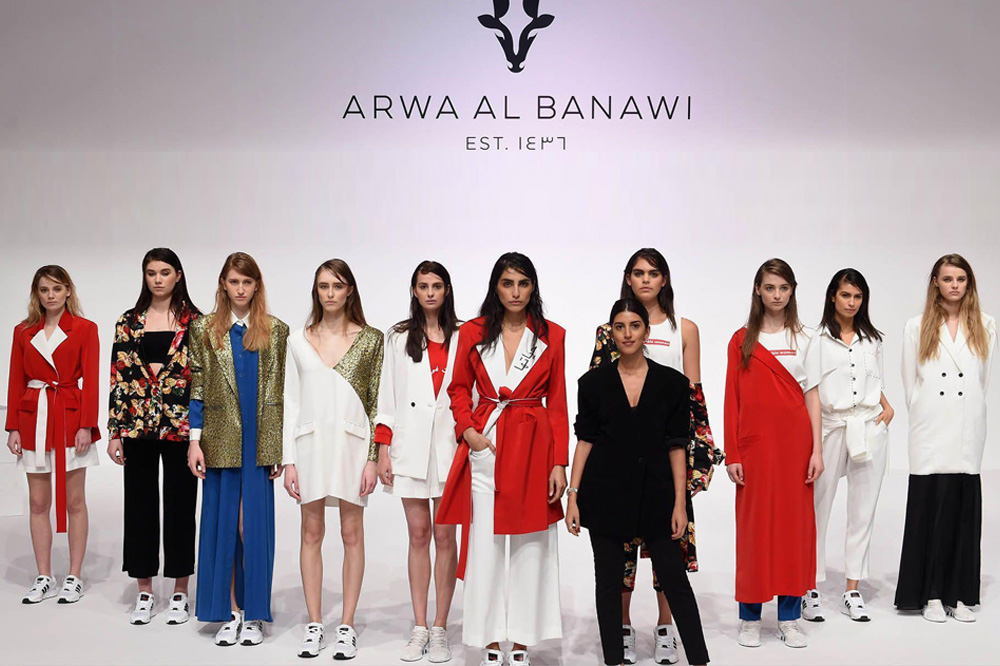 Fashion is no stranger to activism as the style riot was being featured in the streets back in 1908 when the suffragettes protested their right to vote in their white dresses. Flash-forward to the era where street-style takes a whole new outlook and acquires a standing next to luxury fashion - who can forget when the streets were flooded with Maria Grazia Chiuri’s “We Should All Be Feminists” shirts from the Spring/Summer 2017 RTW collection? 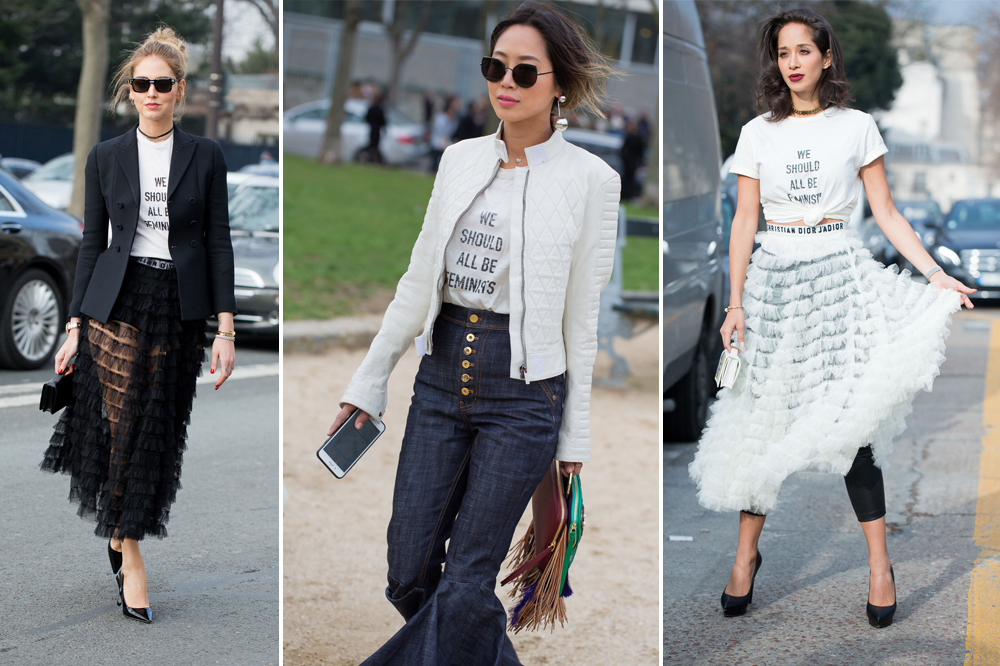 "WE SHOULD ALL BE FEMINISTS" shirt seen on Chiara Ferragni, Aimee Song, and Lana El Sahely

Christian Siriano’s Fall/Winter 2017 “People are People” shirts that debuted in New York for the first time also hit the political chord in everyone’s minds and hearts. As several designers rallied around the same causes, including Dior, Diane von Furstenberg, Tommy Hilfiger, and Prabal Gurung, who incorporated white bandanas, an all-embracing motif of tolerance, in their shows, the causes and statements they were projecting grew more and more popular. Nothing catches on like activism-aware style printed in uppercase letters and showcased in the streets. 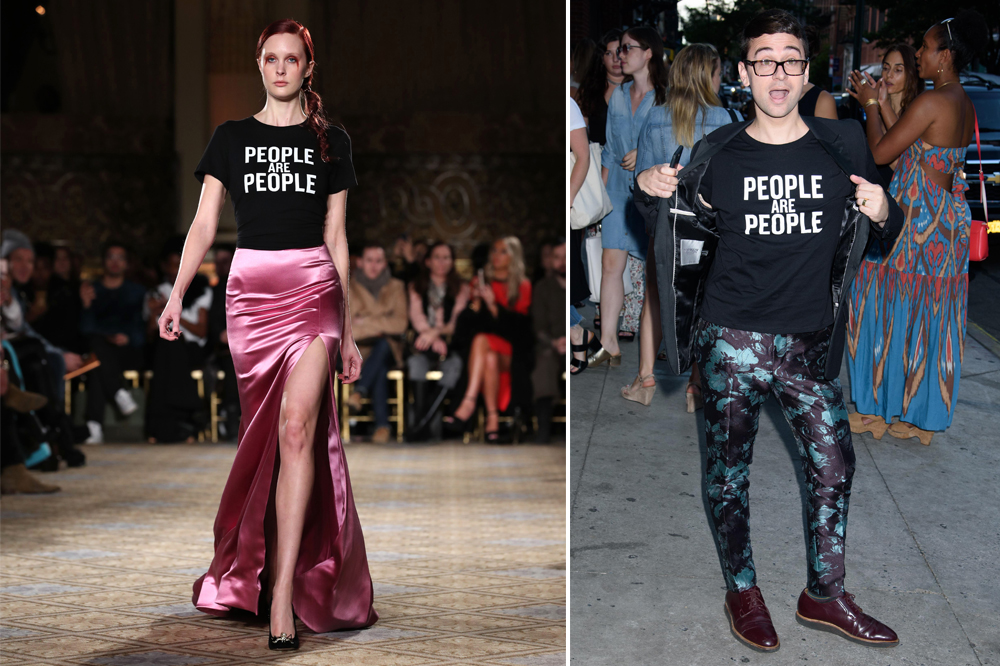 “PEOPLE ARE PEOPLE” shirts seen on a model and the designer, Christian Siriano

As much as the aforementioned messages were important and reflected very urgent matters happening around the world, the Arab region was witnessing and going through a purge of its own as well. Saudi women driving, the first interior female minister in the region, environmentally-conscious national visions, and as the trail-blazing moments occurred, regional fashion responded to them. UAE even has a Fashion Revolution Week 2019 nearing.

This year on International Women's Day, we want to take a moment to highlight and applaud the Arab female designers who are stirring up a rampage on the fashion scenes in the region, while supporting social, cultural, and environmental causes. 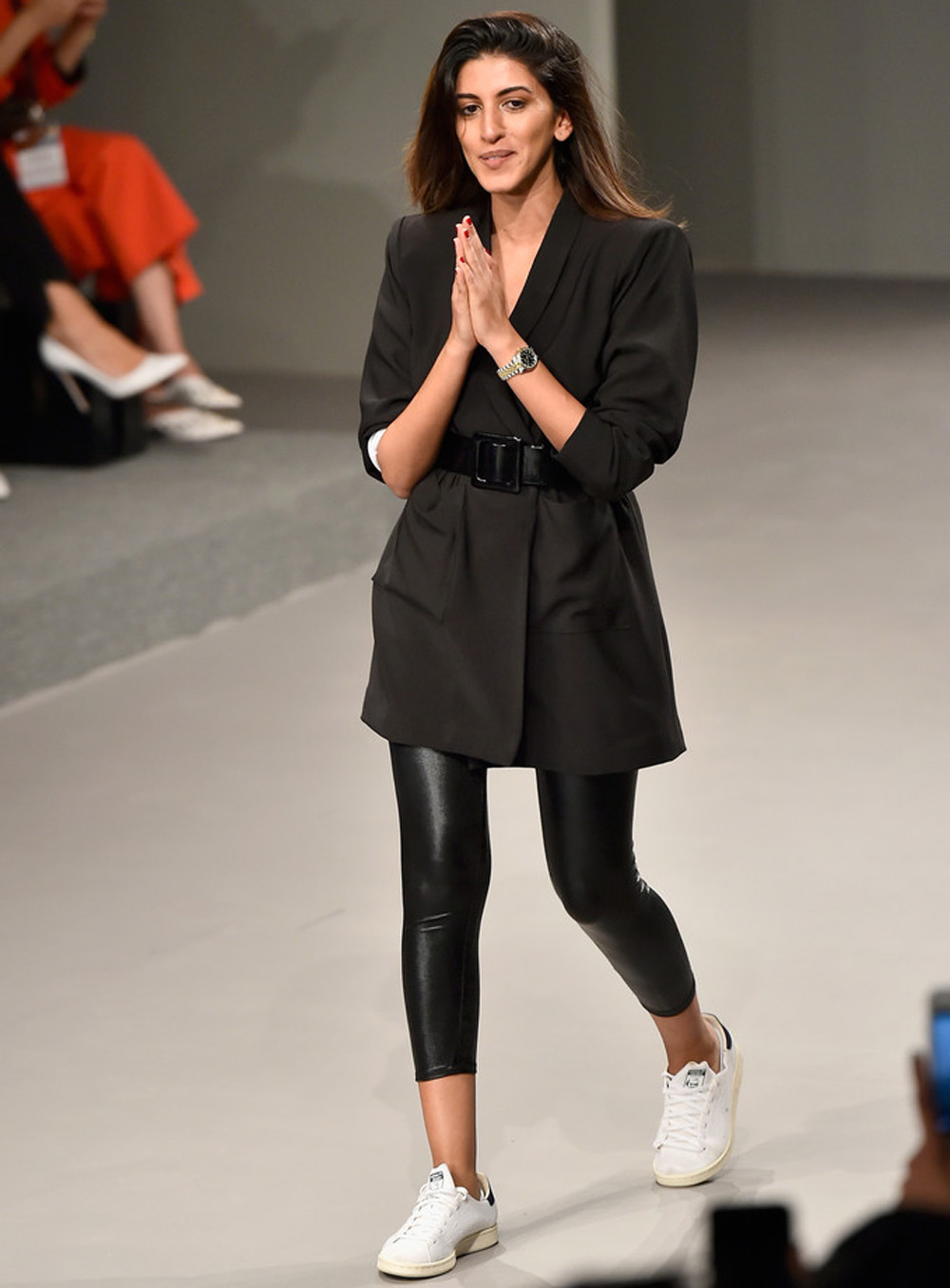 Perhaps one of the most sought-after creators of the region, Saudi fashion designer Arwa Al Banawi has been dishing it out on the runway and through collaborations. Her “Hayataha” jackets have been seen on almost everyone in the industry from Nour Arida to Jessica Kahawaty. The blazer-dresses and jackets represent a minimalistic feminist declaration that translates into “Her life is her own, and not anybody else’s”.

But it doesn’t stop there as her one-word shockers caught the eyes of Adidas and a collaboration was born; “the suitable woman” was plastered on the shirts, and sooner than later everyone was wearing them and celebrating womanhood. 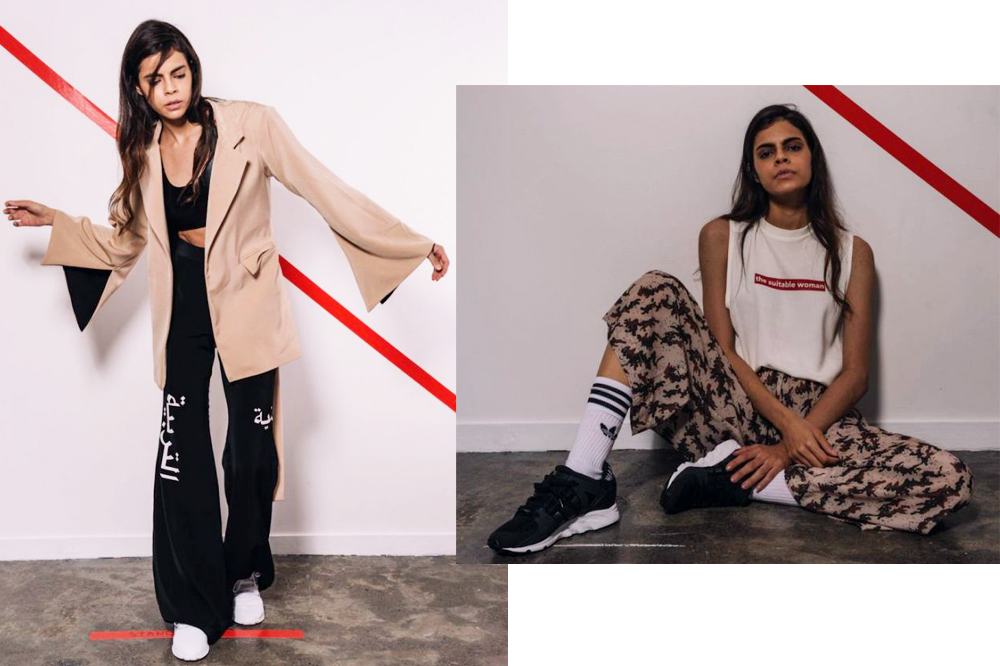 Arwa Al Banawi stands as a fashion stimulus to the modern, present-day Arab woman, and with her outspoken moments being depicted rather stylistically through edgy designs, we believe she’s taking part in raising this generation of Saudi go-getters. 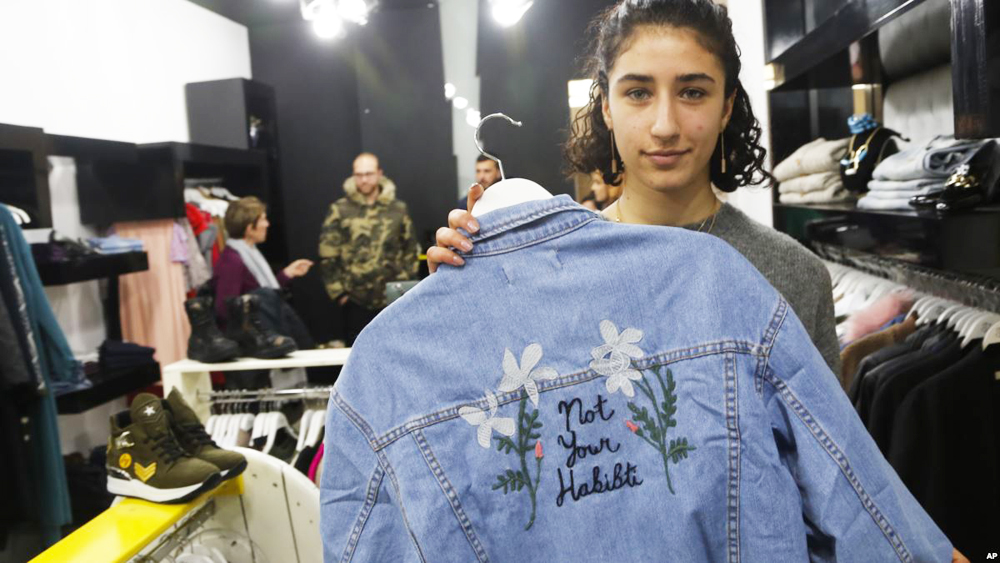 Inspired by the #MeToo movement, Majalli created the Baby Fist collection which features “Not Your Habibti” denim jackets, translating to “Not Your Sweetheart", and sending a message of social and cultural resonance to all the Palestinian and Arab people of the world. 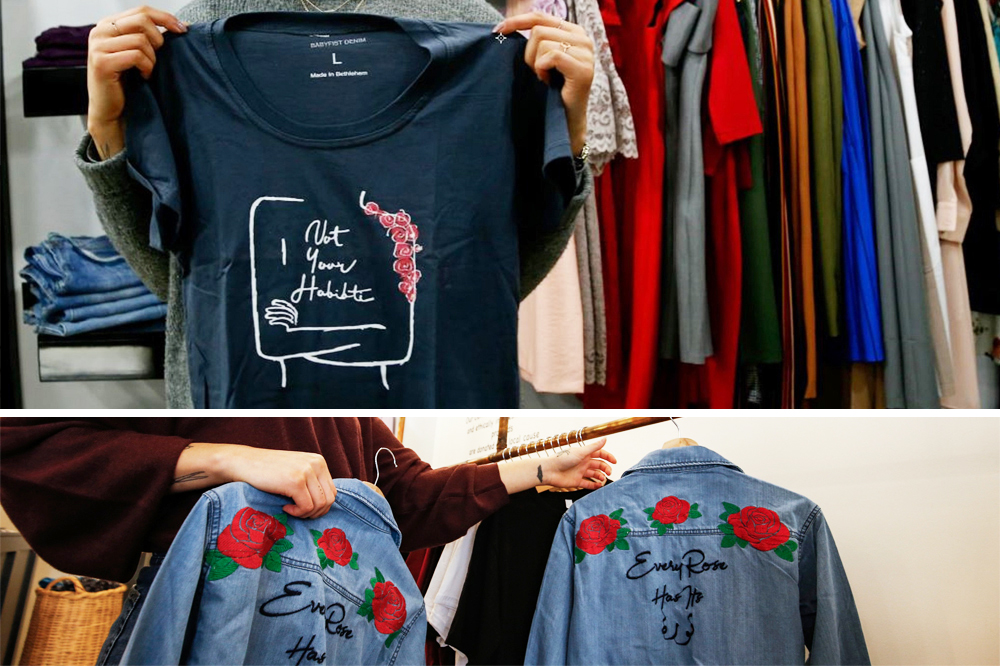 Through chiming in on the international conversation, she aims to spread awareness through her line and depict the underlying force and opposition regional women have towards this very much prevalent dialogue. 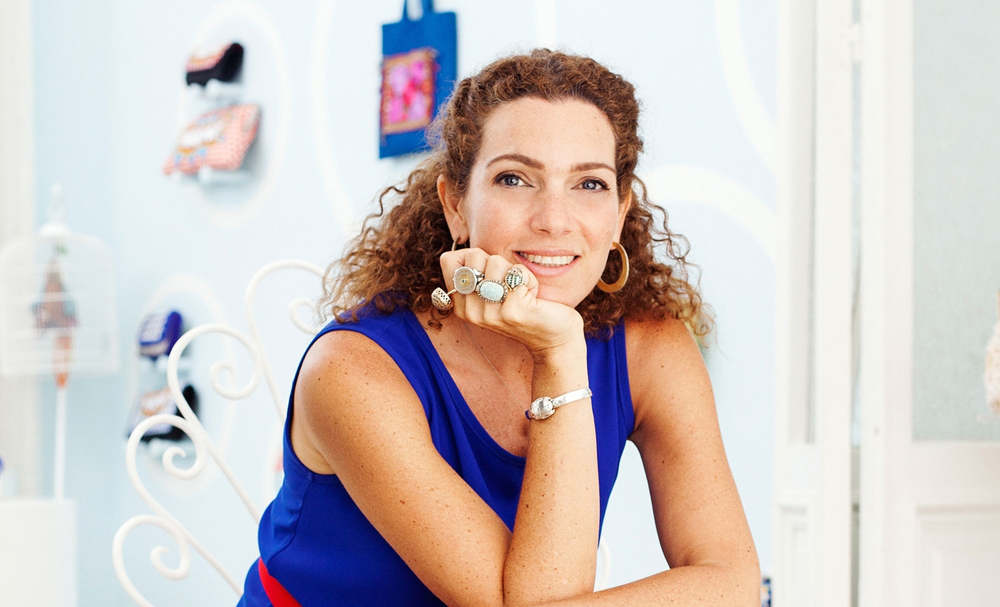 Sarah Beydoun not only dedicated an entire rise up! collection to support womanpower and Mother Nature, her whole enterprise is built on a social cause. Every bag made is crafted by women at risk and ex-prisoners, to rehabilitate underprivileged women away from the weary life of crime. 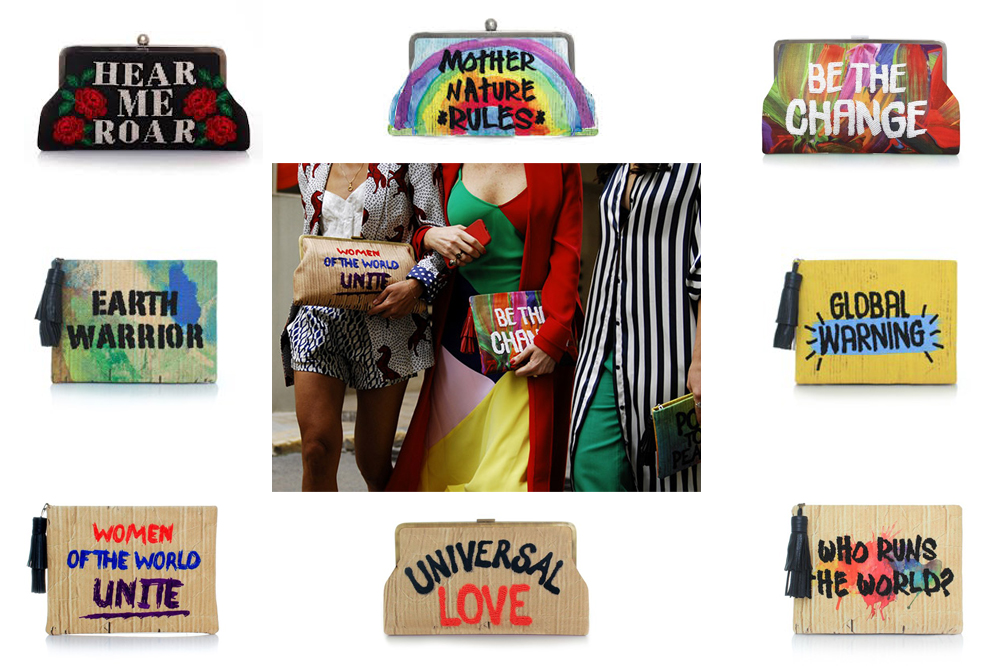 The Lebanese designer’s story started when she visited Dar Al Amal, as fieldwork for her master’s degree, and was affected by what she saw. Being a self-starter, she came up with the idea - that is now a major brand worn by the likes of Beyonce - and ended up employing the same women she met on her trip. Other collections pay tribute to the old Lebanese and oriental flair, and showcase her proud Arab heritage. 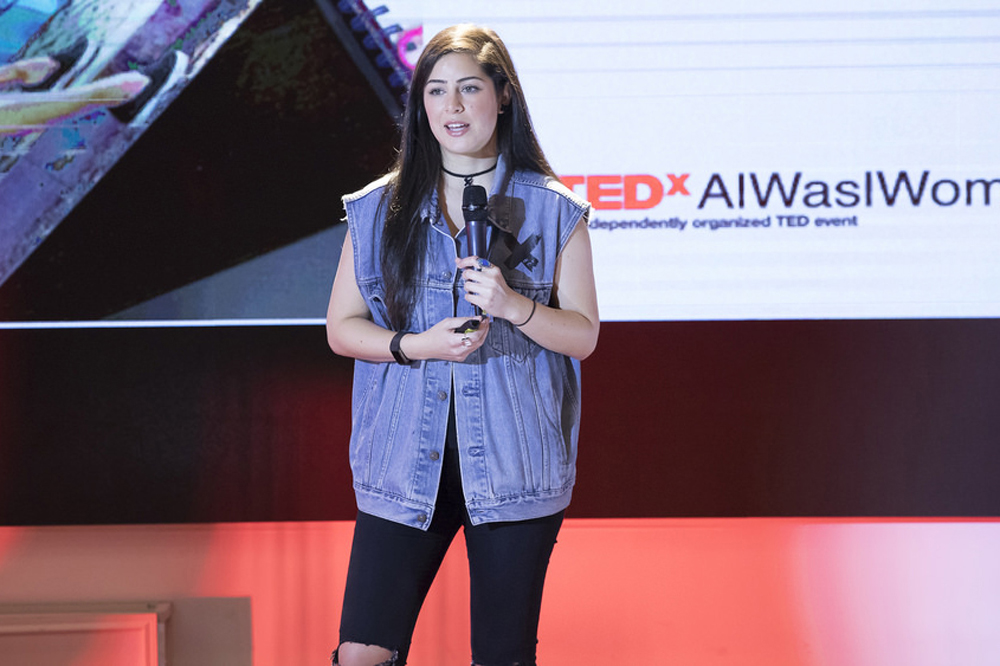 The words on Abid’s collections speak for themselves. The Iraqi designer’s vision started out with The X Collection denim jackets, and now has evolved to the Volume II edition. Abid’s creations concentrate on embracing the beauty, strength, femininity, and power of a woman. Subliminal messages of inner potency and power are showcased through every stitch and design. 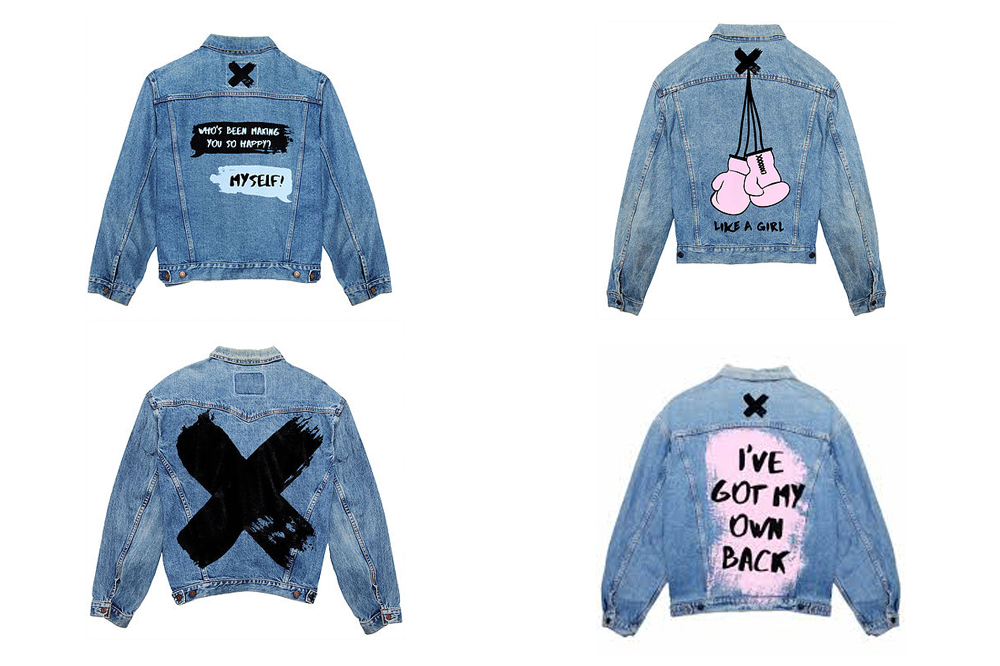 The X is fused with the female sign, which translates to crossing out the shadow the world has cast on women throughout history. 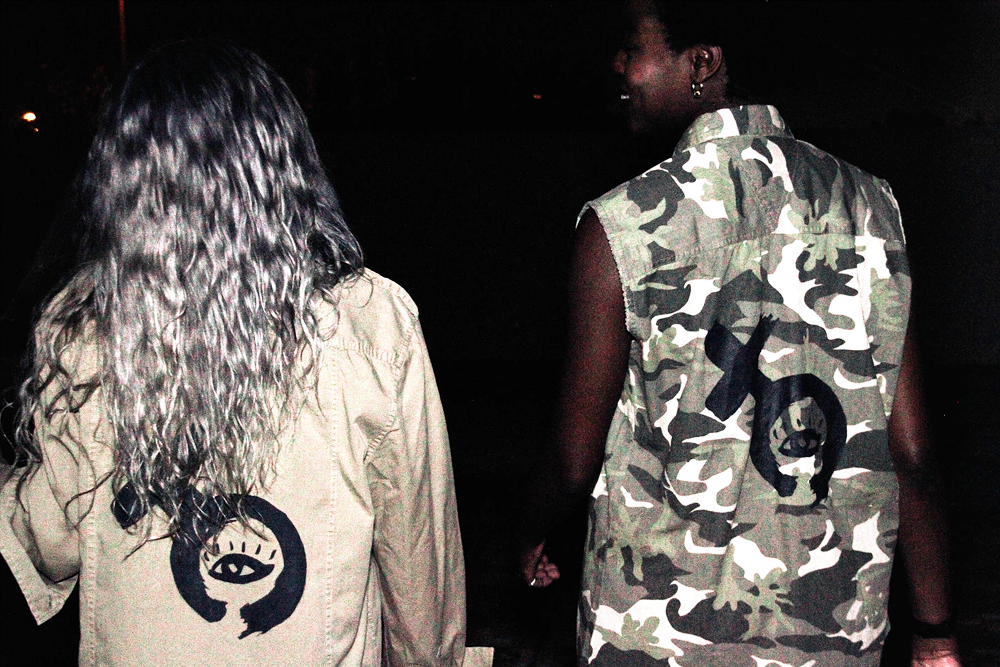 In celebration of Emirati women’s day, Emirati designer Madiyah Al Sharqi released a collaboration with The Modist featuring t-shirts describing the powerful modern Emirati woman. The shirts were all the rage in UAE where shots of women in the tshirts were all over social media. 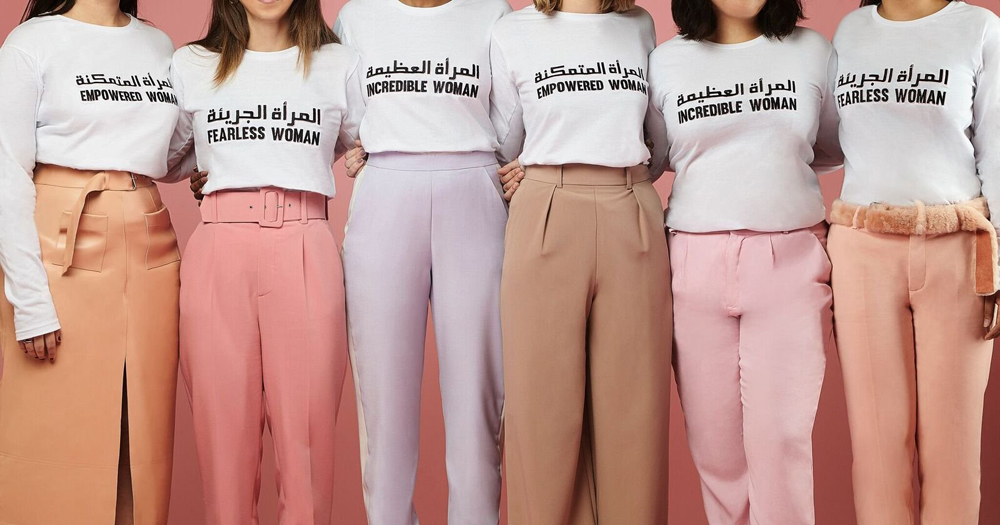 The words from Fearless to Empowered, and have served as a mammoth message of strength to both Emirati and Arab women.