The region was extremely well represented with a surprise debut from Gigi Hadid and very stylish appearances by Leena Al-Ghouti and Oumayma El Boumeshouli. 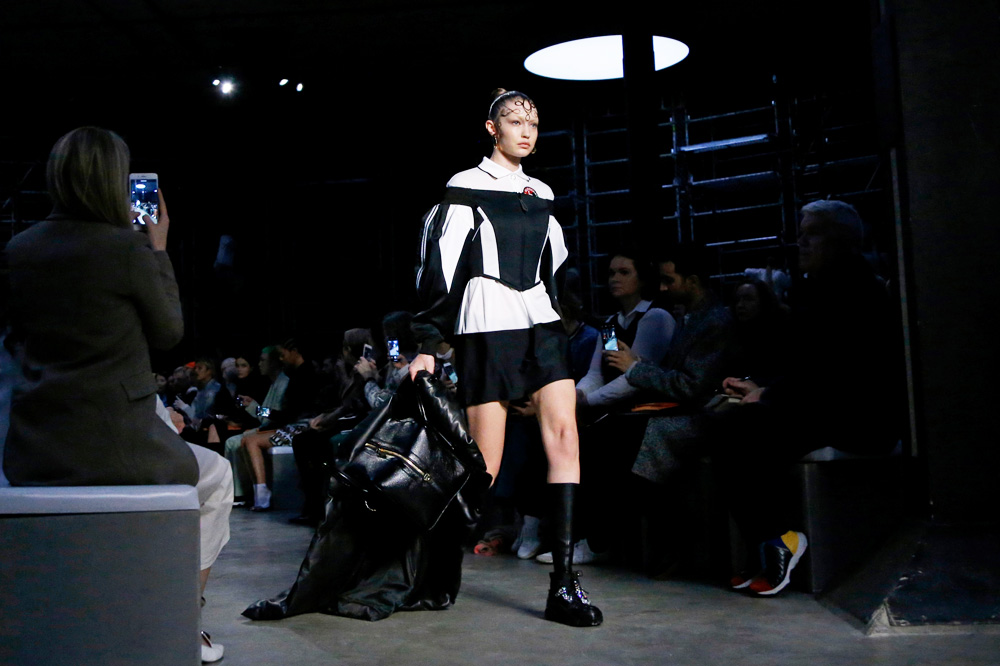 While we’ve seen Gigi Hadid dominating runways the past few years, the half-Palestinian model with superstar status only just recently walked her very first catwalk for Burberry. The 23-year-old beauty has only previously modelled for two shows at London Fashion Week in 2017, and her surprise appearance at Burberry was her first show in the English capital this season. Last season it was Kendall Jenner, Hadid’s pal, who lit up the brand's runway. 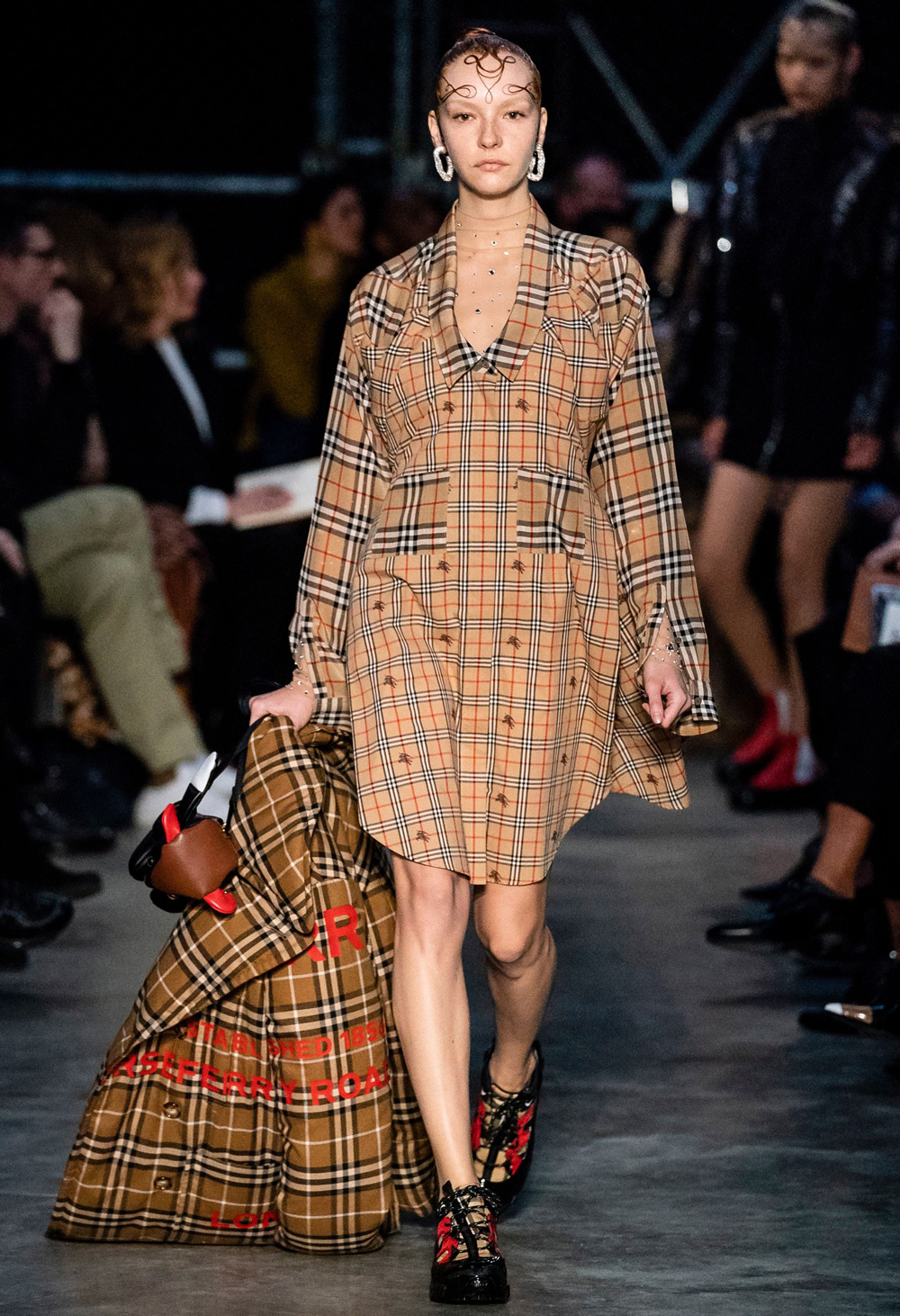 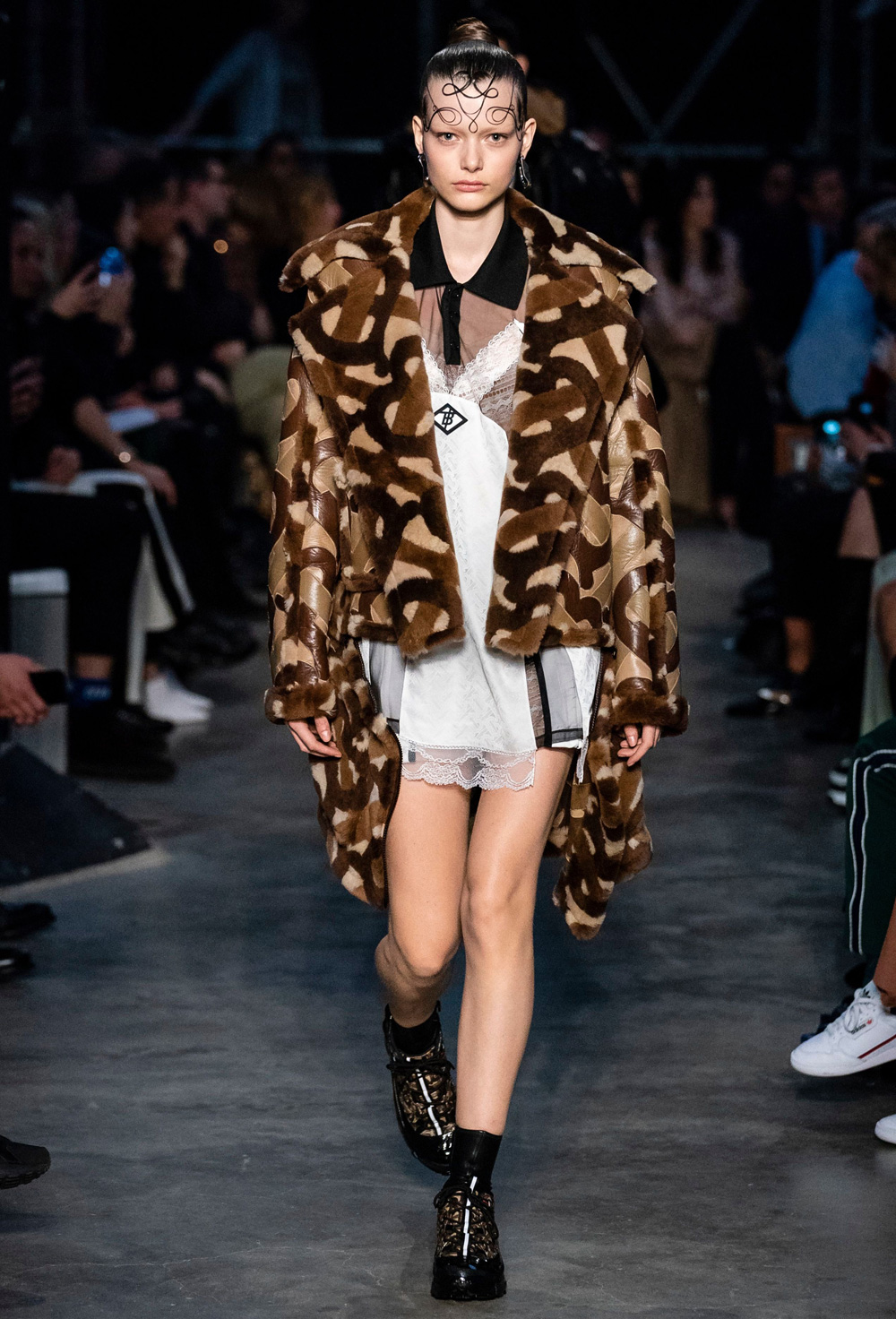 For her debut with the quintessential British fashion house, she professionally stomped the catwalk in a head-turning street-wear inspired look from Ricardo Tisci’s second collection. She rocked a monochrome athleisure outfit that included a black and white polo dress that featured a Burberry crest layered under a black and white corset with dramatic puffed sleeves. Partly bejewelled black leather knee-high boots and a matching puffer jacket and backpack, which she held onto, were the final touches to the outfit.  The stunner sported a very strong beauty look with bleached brows and her hair intricately swirled into a head-turning design, a look that was also seen on most of the other models. 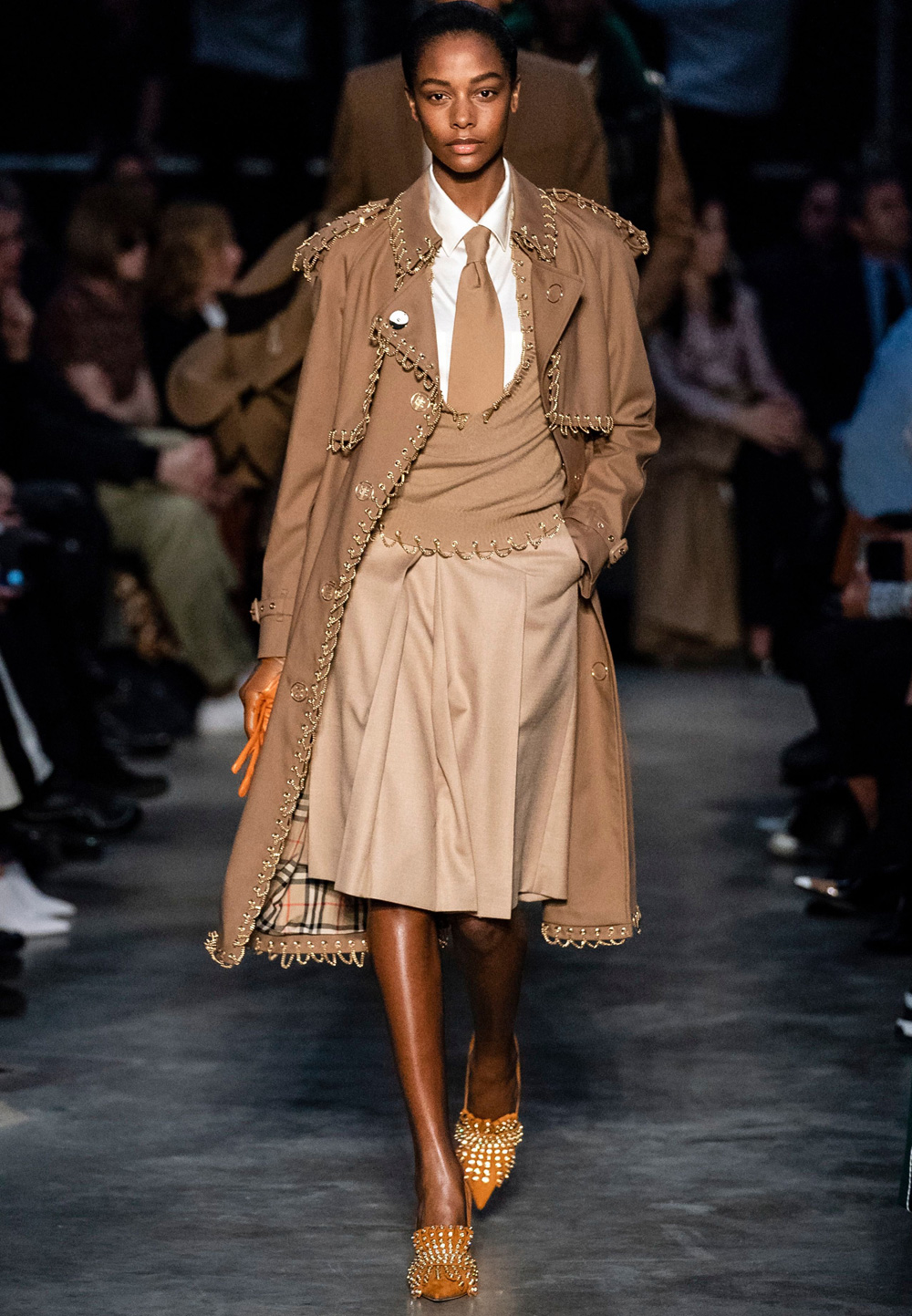 So honored to walk my first @burberry show last night. ❤️ @riccardotisci17- I think all things come at the right time, and I will never forget this first show together. Thank you for letting me be a part of this incredible LFW moment, for giving a cast from all over the world a creative space to show support for British Youth and, even between the two sets, feel the duality of the strong statement you made with this collection. I could not have imagined a more dreamy look and evening. Thank you for everything @italia3bis @katy_england @guidopalau @patmcgrathreal and all the teams !!!

Hadid took to Instagram to say how honoured she was to walk her first Burberry show.  “I think all things come at the right time, and I will never forget this first show together. Thank you for letting me be a part of this incredible LFW moment, for giving a cast from all over the world a creative space to show support for British Youth and, even between the two sets, feel the duality of the strong statement you made with this collection. I could not have imagined a more dreamy look and evening,” she wrote. She also thanked all the others involved with getting her ready. 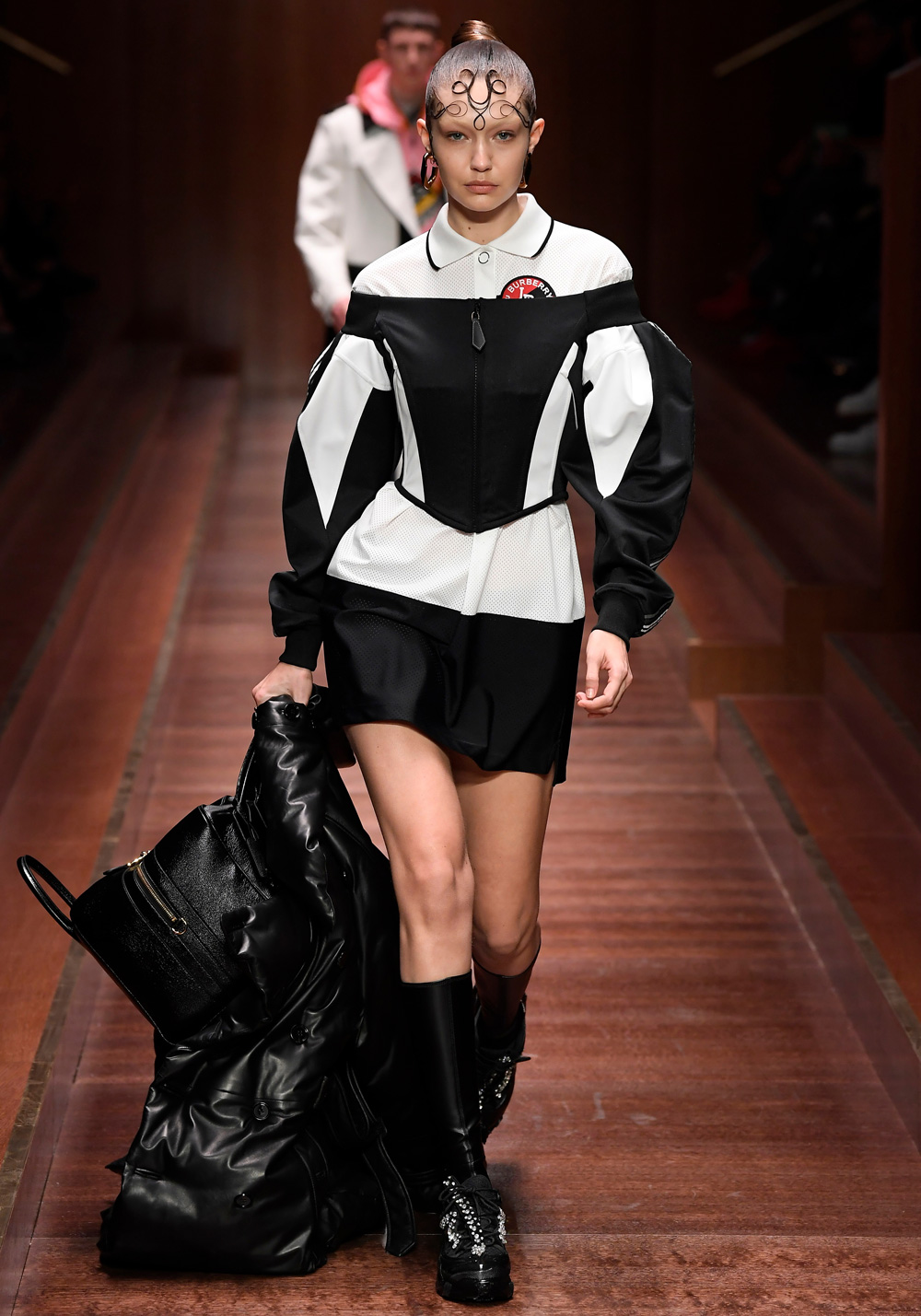 Dubai-based influencer Leena Al-Ghouti was another big name with Palestinian roots at the brand's show. The fashion blogger and Instagram sensation, who has 269,00 followers on the social media platform, showed up in a chic ensemble. Al-Ghouti, who has been featured in the region’s best publications, wasn’t afraid to show off her unique sense of style. She wore a black hijab, cat-eye sunglasses and an ultra-hip camel suit with an oversized Burberry shawl over one shoulder, plus a black shoulder bag and pointy footwear.

She posed ‘side by side’ with Oumayma El Boumeshouli, the fashionista behind the personal fashion, travel and lifestyle blog “Desires by Us.” The Moroccan who is based in Amsterdam, but moving to Dubai, according to her Instagram account, claims to love black and white, and those are the colours she chose to wear to the highly anticipated show. She opted to don a modest black Burberry piece with the British heritage brand’s signature checks over white tights. She accessorised with similar cat-eye shades, a gorgeous Burberry scarf, which she styled off-the-shoulder, a black bag and tri-coloured pointed shoes. 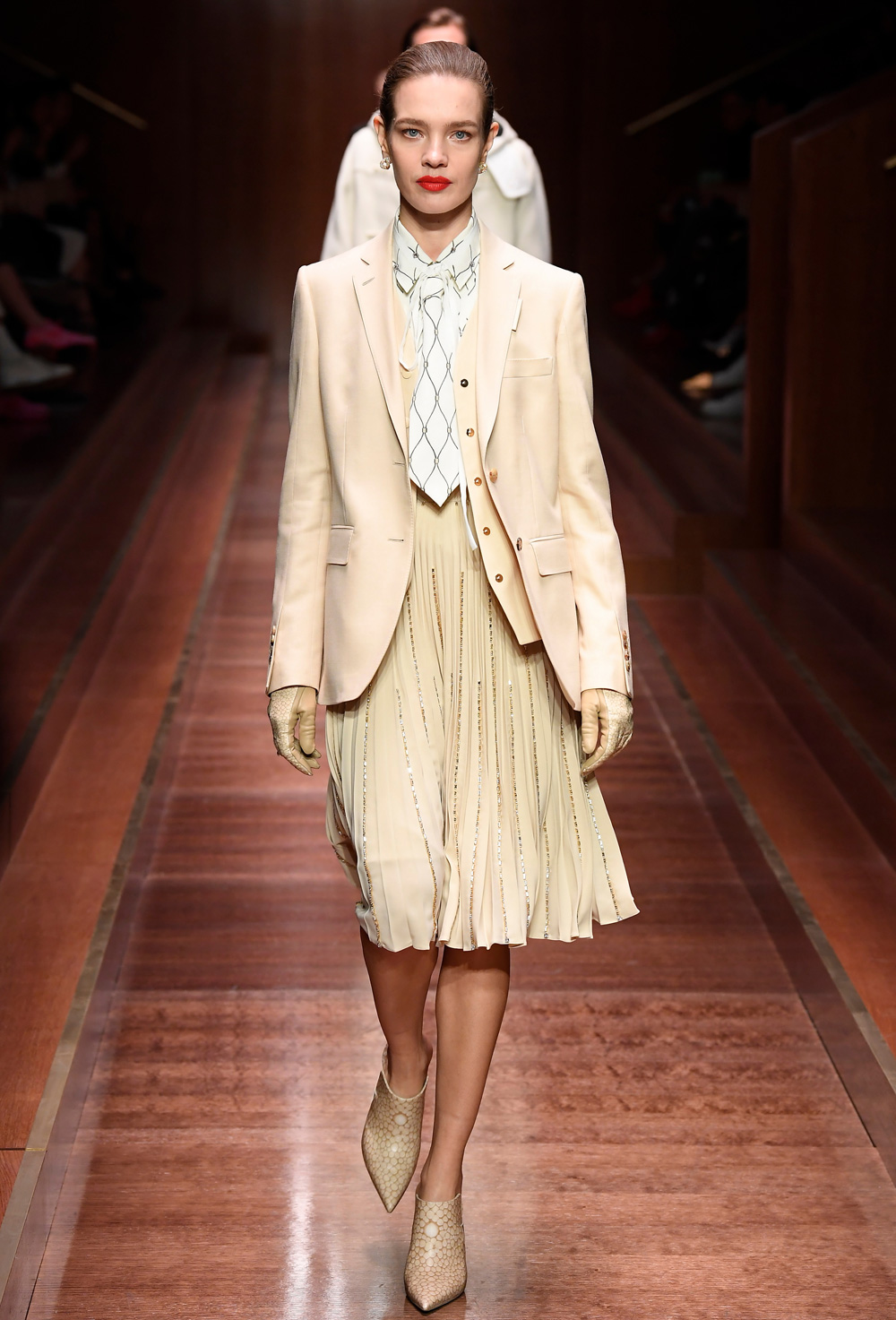 Riccardo Tisci’s second collection for Burberry, “Tempest,” was dedicated to today’s youth. “I dedicate this show to the youth of today, to them having the courage to scream for what they believe in, for them to find the beauty in expressing their voice,” he wrote on Instagram. And as well as Gigi Hadid, models of the moment like Irina Shayk, Freja Beha Erichsen, Stella Tennant and Natalia Vodianova strutted the catwalk. 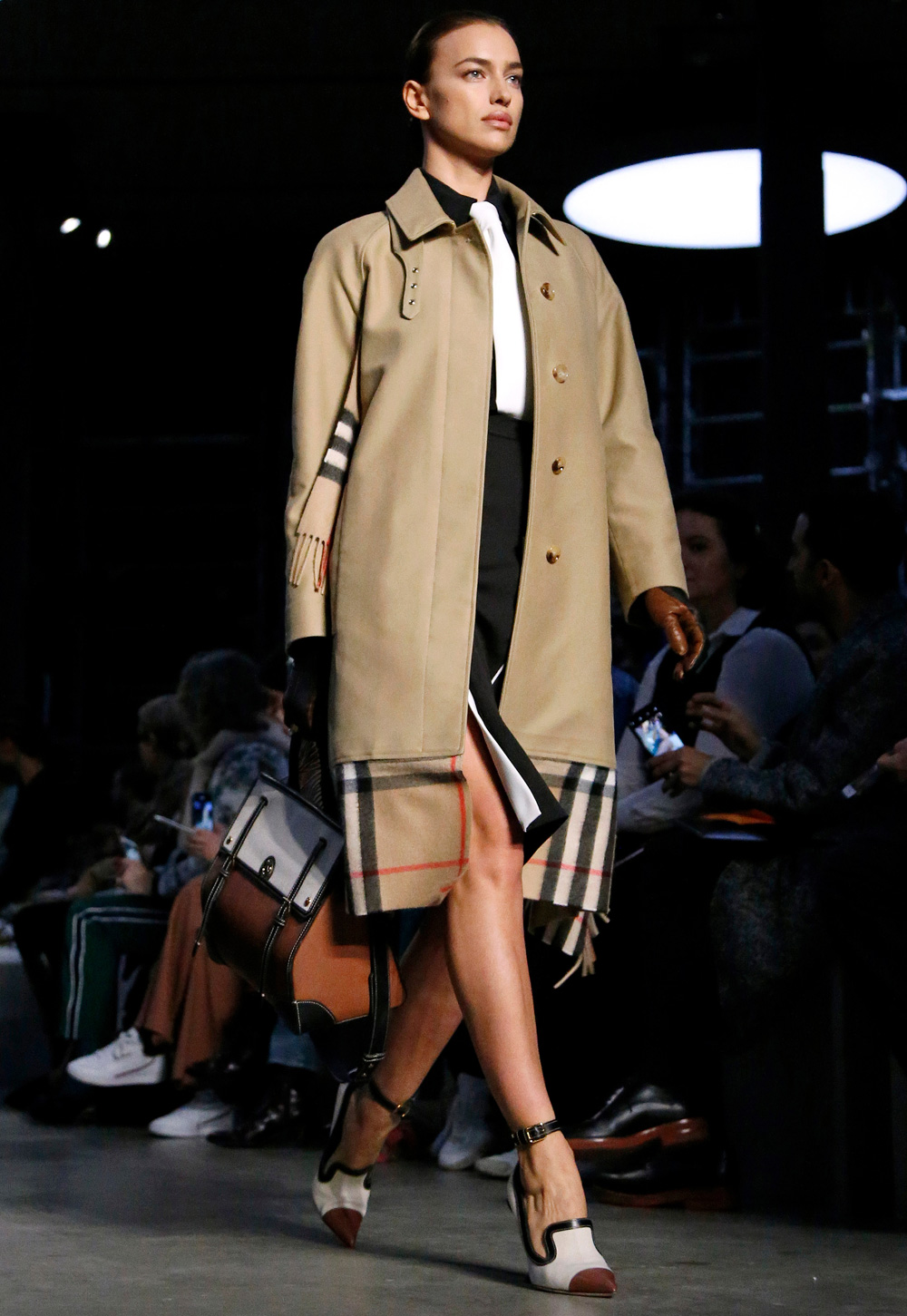 For the collection, the Chief Creative Officer, who took over from Christopher Bailey, said he “had been thinking a lot about England as a country of contrasts, from the structured to the rebellious and free.” He added,  “I wanted to celebrate how these elements coexist.” The fashion guru from Lombardy started with different seating at Tate Modern, where guests on one side had plush upholstered armchairs with comfortable, padded seats, while on the other side, dancers were climbing on industrial scaffolding stands and guests had cube seating. 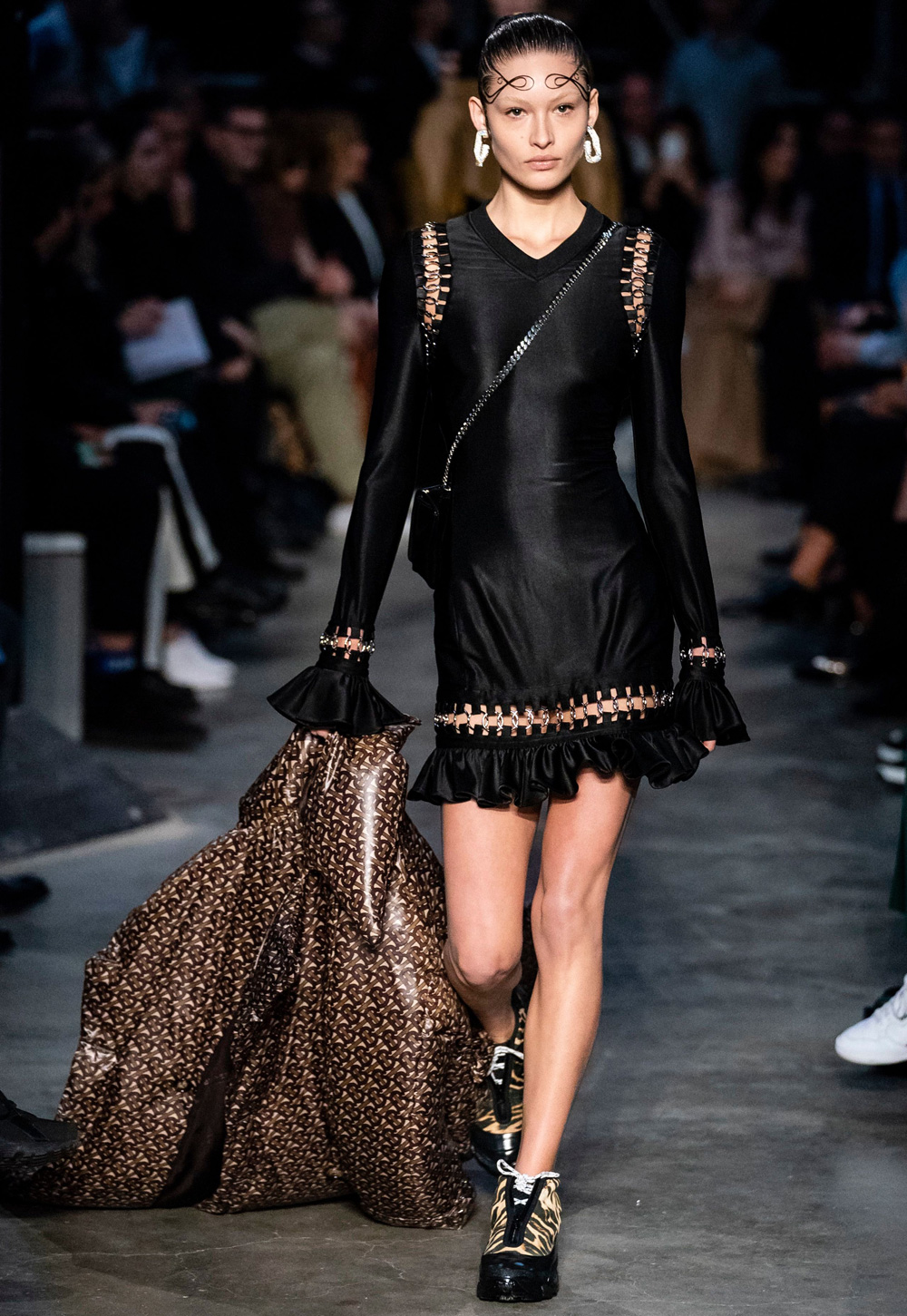 For his younger fans, Tisci, who worked at Givenchy before, offered shiny puffer jackets, check baseball caps and thick-soled sneakers. Additionally, there were oversized bumbags, slip dresses and track pants. The designer was inspired by his student day memories in London and the show brought rave culture back to life.