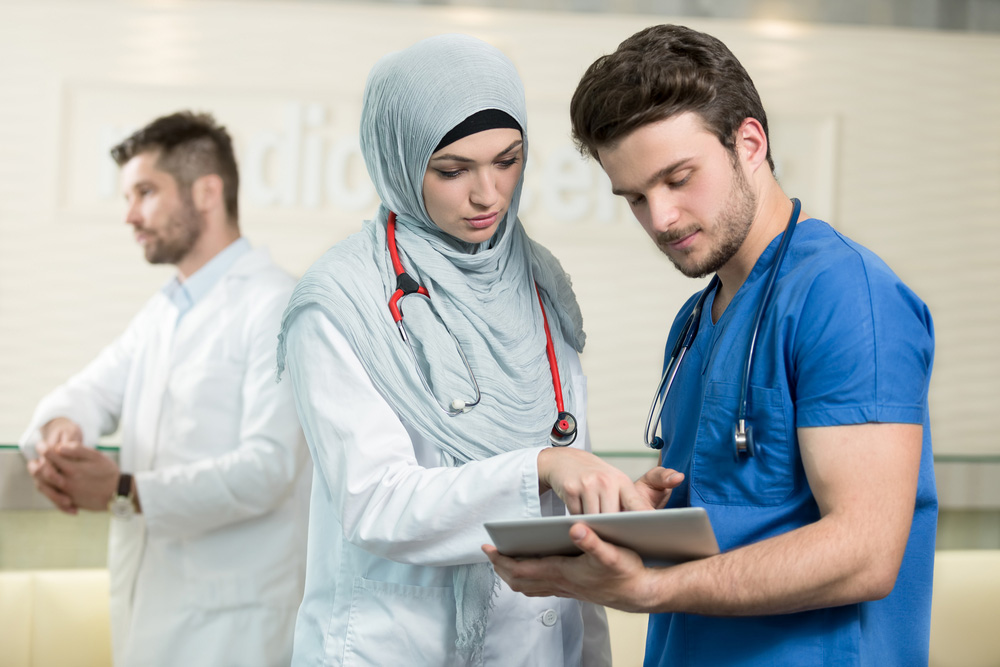 This week in the city of Ha’il in Saudi Arabia, one man almost lost his life as he laid on the street, struggling to breathe. The man who had swallowed his tongue following a car accident was quickly saved by two Saudi women who were passing by, Mariam Al-Shammari and Wafa Al-Anzi, both trained nurses.

According to various reports, Al-Shammari and Al-Anzi made statements to local media outlets, giving details of what happened and how they came across the man.  As reported by Stepfeed, Al-Shammari was on her way to visit her sister when she saw people surrounding a semi-conscious man lying on the side of the road. The nurse immediately got out of her car and rushed to his aid. According to Saudi Gazette, when Al-Shammari arrived, she saw that the man’s clothes had made a noose around his neck.

While Al-Shammari was attending to the man, cutting the clothes around his neck using a knife given to her by a young man at the scene of the accident, she was joined by Al-Anzi, who also happened to be passing by the area with her husband on their way to visit her parents. Al-Anzi helped Al-Shammari bring the man’s tongue back to its place, both nurses focusing on keeping the man’s esophagus open and ensuring that he was breathing before the Red Crescent paramedics arrived and took him to hospital.

Al-Anzi, who has been working as a nurse for six years and is studying for her master’s degree in hospital management, spoke to the news site, explaining that as a first aid procedure, she checked the man’s pulse and heartbeat, and then while trying to put the tongue back in its correct place, the man bit her hand but she continued doing her job until his breathing was back to normal.

Although the nurses did not know each other prior to the incident, they have now become close friends, with Al-Anzi saying, “It was of course a sad incident but I am happy I was able to help out. I am also happy I was able to meet and know Mariam Al-Shammari there.”