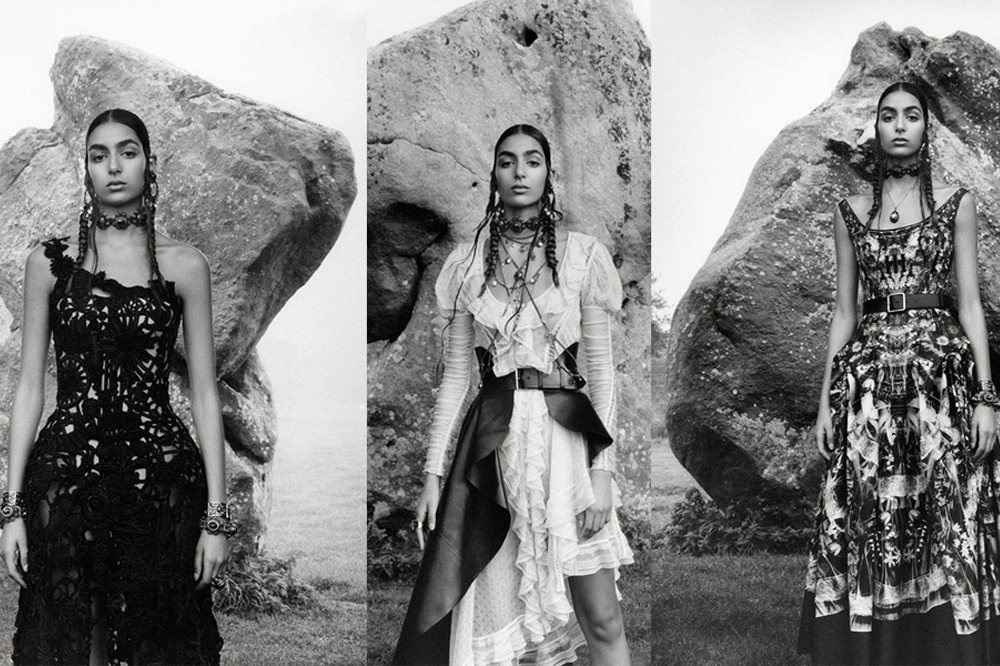 19-year-old British-Moroccan beauty, Nora Attal, not only landed a position in a major Chanel ad campaign, not to mention appearing in shoots and runways for Burberry, Dior and Elie Saab – she just kicked down another door and became the face of Alexander McQueen’s most recent collection.

The British luxury brand’s Instagram account is peppered with stunning black and white images of Attal for their Spring/Summer 2019 campaign alongside a number of other emerging faces on the fashion scene, including, Jean Campbell, Jill Kortleve, Kesewa Aboah, and Lara Stone.

McQueen’s latest fashions were shot by female photographer Jamie Hawkesworth - who shot her first ever fashion campaign for JW Anderson at the tender ager of 14. Shot at Avebury in the UK, the luxury fashion house shows Nora Attal posing in elaborate silver jewelry and prairie like dresses toughened up with structured statement leather belts. Another image shows the young model in a stunning corseted printed dress, cinched in with a black leather belt and accessorized with an eye-catching choker and hoop earrings.

Nora Attal has continued to stun fashion fans in a number of major campaigns and all by the age of just 19. Nora first appeared in a JW Anderson shoot whilst she was still in school and managing both full time education and high profile modelling jobs. With big dreams to appear on the cover of renowned magazines, she became a British Vogue cover star in 2017 at just 18.

We’re only in February of 2019 and this young model is one we can’t take our eyes off – what will she do next?