Ralph Masri: Bold, Modern Jewellery with a Touch of Heritage

Lebanese jewellery designer Ralph Masri is one to watch. Since launching his eponymous label in 2013, he has produced three electrifying jewellery collections that continue to be his bestsellers, made with a fervent attention to detail and a strong emphasis on artistry and craftsmanship. With a love for fine and fashion gems, Masri fuses both worlds combining the preciousness and finesse of fine jewellery with the daring spirit of the fashion kind. Sold in Dubai, Kuwait, London, US and soon in Riyadh, his inimitable, bold style juxtaposes heritage with modernity, making each and every piece a statement that stands on its own.

Masri’s flagship store, which is also his workshop, can be found alongside newly opened trattorias, brasseries and eclectic artisanal shops in Beirut’s hip quarter, Mar Mikhael.  Here is where Masri meticulously prepares his prototypes by hand (he is a trained goldsmith with a degree from London’s Central Saint Martins) before he gets them finished by professional stone setters.  His latest collection, “Phoenician Script,” is inspired by the letters of the ancient Phoenician alphabet. He has very few pieces in the store however to show me on the day of our interview. That is because they have already been shipped to Paris, where he will travel the following day to launch the collection and present to clients during spring/ summer 2017 fashion week. “It’s all sharp angles and curves,” explains Masri while showing me the original alphabet from his laptop. He clearly has a connection with the story of the ancient alphabet being from the Mediterranean.

Another strong connection reflecting the heritage of the Middle East is also evident in his striking debut collection, “Arabesque Deco.”  This first fine jewellery collection – which is still highly popular – was inspired by geometric Arabesque patterns and motifs prevalent in Middle Eastern art and architecture, infused with an Art Deco touch. Model of the moment Gigi Hadid was even pictured wearing the ring encrusted with white diamonds during the most recent fashion week in New York.

As an independent designer Masri has been finding that in recent years buyers of fashion are more and more interested in jewellery designers. “A lot of stores that sell my stuff are also ones that sell womenswear,” explains Masri.  This is why it must make sense to be present in New York, London, Milan or Paris during fashion weeks so the same buyer of ready-to-wear can also place an order from his collections.  Masri is now available in London’s Harvey Nichols department store along with other fashion concept stores like Sauce Rocks in Dubai and Qirdala in Kuwait. He tells me that today more and more customers prefer to shop in concept stores where ready to wear, accessories and fine jewellery, which complement each other, can be bought at the same time.

Talking to Masri, I soon get the sense he has strong business acumen, whilst also being an artist, which is a rare and winning combination to have, especially in today’s highly competitive fine jewellery market. He manages to straddle the business and creative sides, a challenging balancing act. In fact he was 19 years old and in his first year at art college when he won a competition that earned him an internship at Swarovski in London. The internship was a real eye opener that showed him how a large multi-national company works from the inside. “This is where I learned the importance of marketing and PR in the jewellery business,” he shares.  Later Masri took on another important internship with Pomellato in Milan, which was more design focused and exposed him to the fine Italian craftsmanship and fine jewellery design.

When asked about his favourite jewellery designers, Masri points out the renowned Egyptian, Azza Fahmy. He admires how Fahmy is inspired by classical Egyptian motifs, yet makes her jewellery in a contemporary style. Masri, chosen as a finalist for the “Vogue Arabia” and the Dubai Design & Fashion Council (DDFC) 2016 Fashion Prize, also has a penchant for taking traditional designs and motifs and modernising it in his own unique way. Other favourites of his include Fernando Jorge (who is Brazilian of Lebanese origin) and the French jewellery house Repossi. The designer is also a huge fan of Alexander McQueen and has been following the British design house from the very start. From a business angle he admires the fashion designer Elie Saab and sees his career trajectory and global success as a source of inspiration.

This year, Masri will continue to promote his “Phoenician Script” line in key cities, especially in the US, which is fast becoming his biggest market (he is in five key points of sale so far). He will also continue to inject new styles and colours to his previous collections, giving them a fresh interpretation each season.  We can expect to see a new range from the talented designer, which no doubt will be nothing short of dazzling. 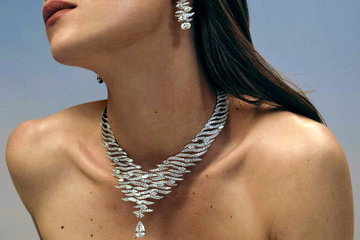 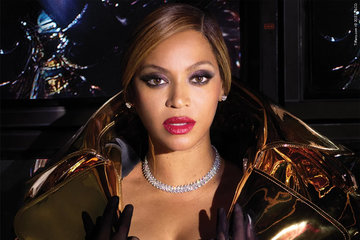 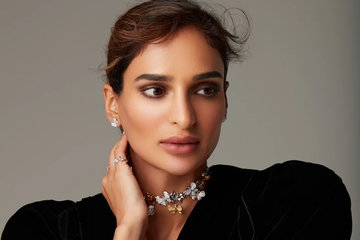 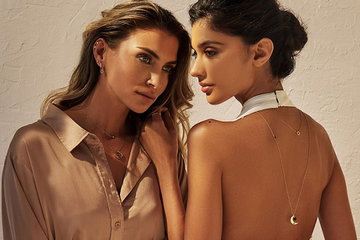