The leading businesswoman wants the book to prompt women to pursue their empire-building dreams. 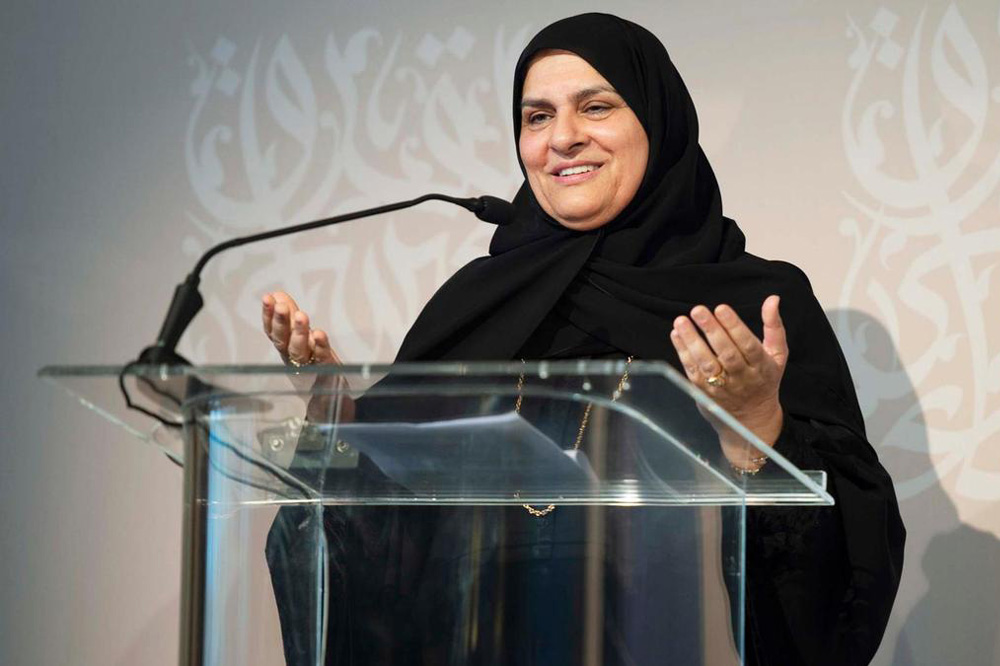 HE Dr Raja Easa Al Gurg, the Managing Director of Easa Saleh Al Gurg Group (ESAG), accomplished another milestone in her stellar career by becoming the first Emirati businesswoman to write an autobiography. Al Gurg, who has carved a unique niche for herself in the region due to her support and encouragement of Arab women entrepreneurs, hopes the 180-page hardback entitled “Raja Al Gurg - An Autobiography” will encourage women to pursue the career they want.

"I hope my book inspires women to pursue their entrepreneurial dreams. My stories of the challenges of balancing tradition as well as culture within a swiftly evolving city and country will also be a learning for the young and future generations of the family. At first I was not keen to venture into business. When I took on the role in my father's company, I had to prove that I could be successful as a woman who was chosen by my father. It is crucial that all women push their own boundaries and have the will to succeed," she said during the book launch, which took place at Four Seasons Jumeirah Beach, Dubai. 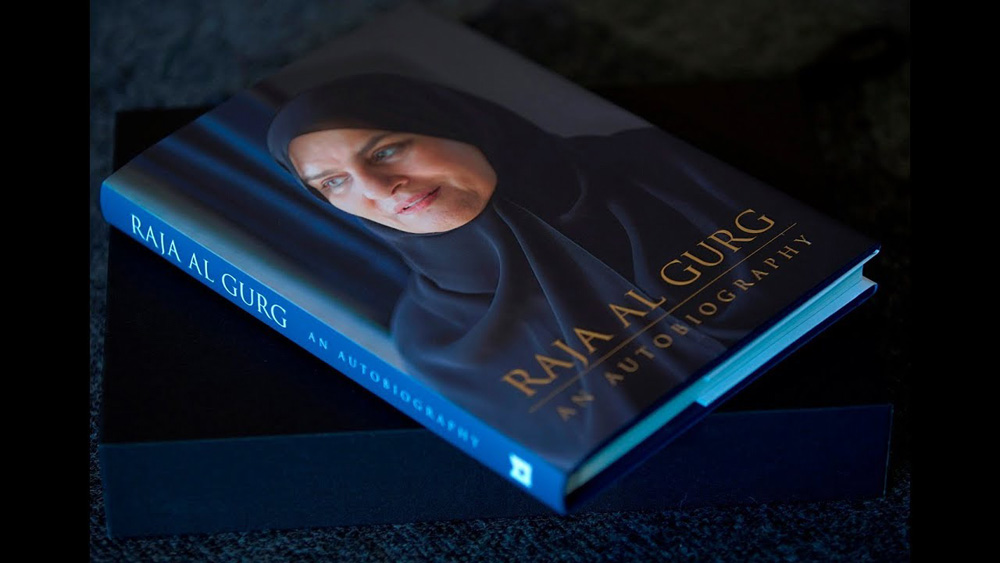 “My autobiography is about bends in my journey which translated into opportunities. I hope that I can play a part in inspiring the younger generation to believe that they can achieve their dreams if they try hard, do their best and never give up,” the Dubai resident concluded in front of other successful women like HE Sheikha Lubna Al Qasimi and Mona Ganem Al Merri.

The book, which was released by Motivate Publishing, details Al Gurg’s childhood on the banks of Dubai Creek, as well as her time studying in Kuwait. It also follows her early career at Za'abeel Secondary School, where she became head teacher, and her move into the family business. Readers get an insight into how Al Gurg, who holds two honorary Doctorates in Literature and Economics, learnt the ropes under the guidance of her father, HE Easa Saleh Al Gurg. 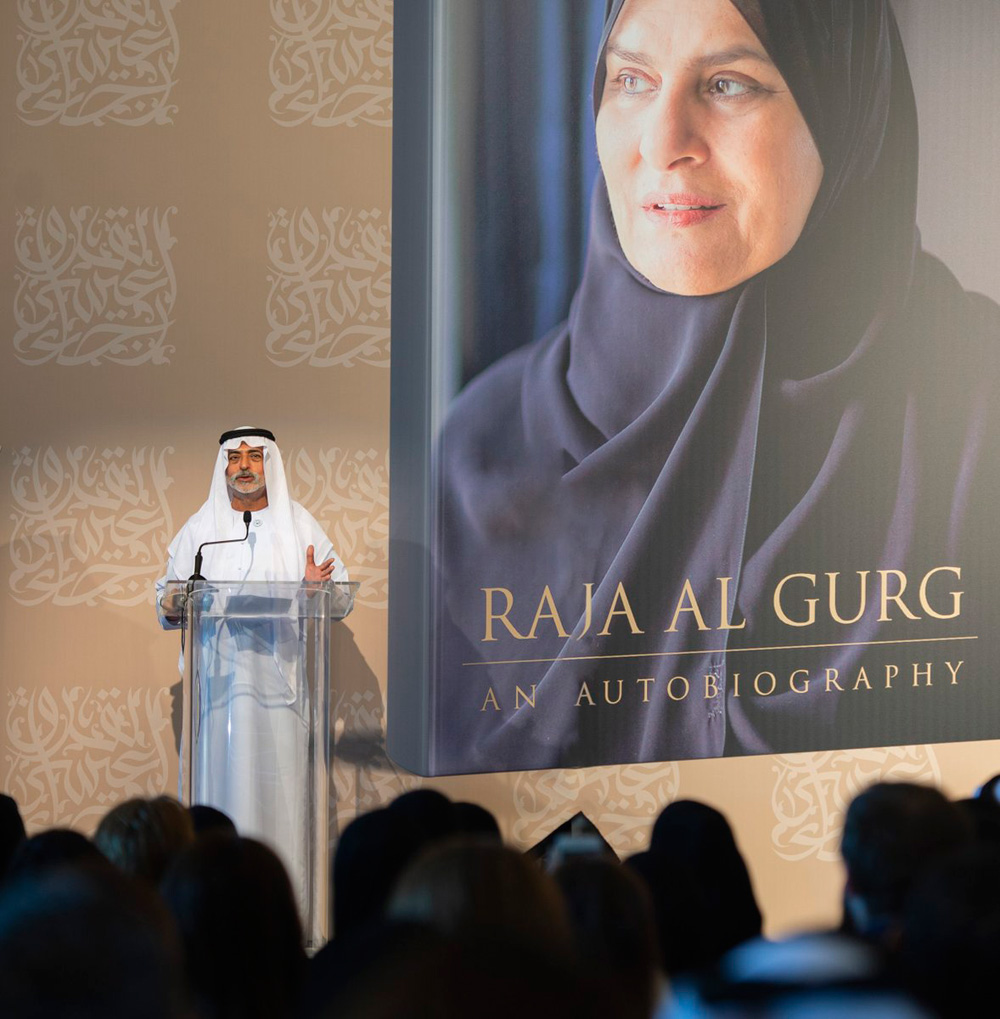 The book charts her progress alongside Dubai’s growth. “I reached adulthood at the same time as my beloved UAE was formed,” Al Gurg writes in the book. “I had just turned 16 when the founding fathers signed the Treaty of Friendship … in Dubai on December 2, 1971, and a country was born.” It also shows the business trailblazer's unfaltering commitment and willpower, and readers get to understand how she overcame challenges and started motivating a generation of young women. 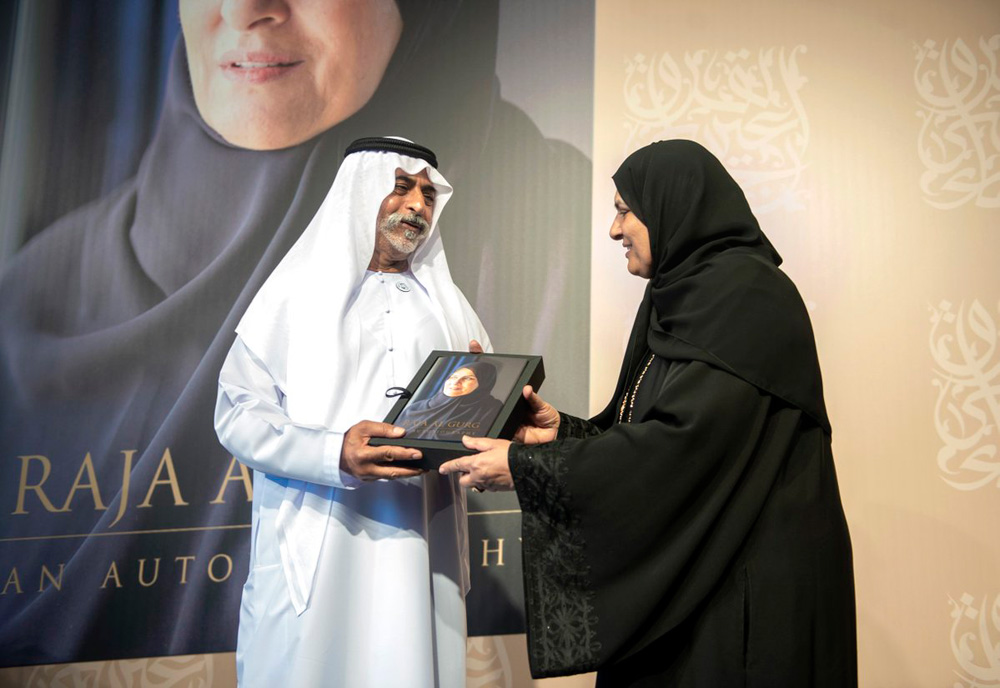 “If I had felt at any stage that my job was affecting my ability to look after my family, I would have quit,” the mother of four writes in the autobiography. “Success in the workplace would have meant nothing to me if I was a failure at home.” 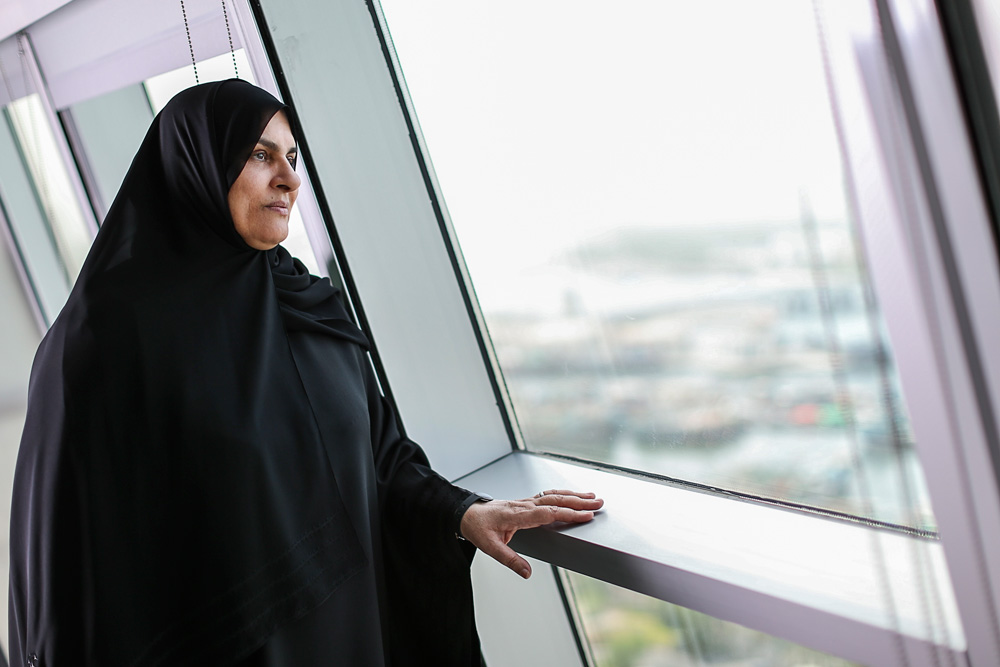 To highlight the importance of her remarkable story to UAE society, “Raja Al Gurg - An Autobiography” includes a foreword from UAE Minister of Tolerance HE Sheikh Nahayan bin Mabarak Al Nahayan, who unveiled it at the launch ceremony. “Dr Raja Al Gurg has a great story to tell and she tells it in a compelling fashion. Her story is in many ways the story of the United Arab Emirates,” he said at the event. Al Gurg has always championed the UAE. She has represented the emirates at many international conferences and round-tables as a keynote speaker and has joined the Dubai government’s official delegation for various trade and commerce meetings.

Al Gurg joined ESAG, a family business, back in 1989 as a board member. Under her management, the company has grown steadily and now includes 27 entities in the consumer, building and construction, retail and lifestyle, industrial and real estate sectors. The inspirational woman, who has had a rapid rise to prominence on the global stage, meeting people like Prince Harry and German Chancellor Angela Merkel, has also supported a number of good causes through the group’s Charity Foundation and Al Jalila Foundation. 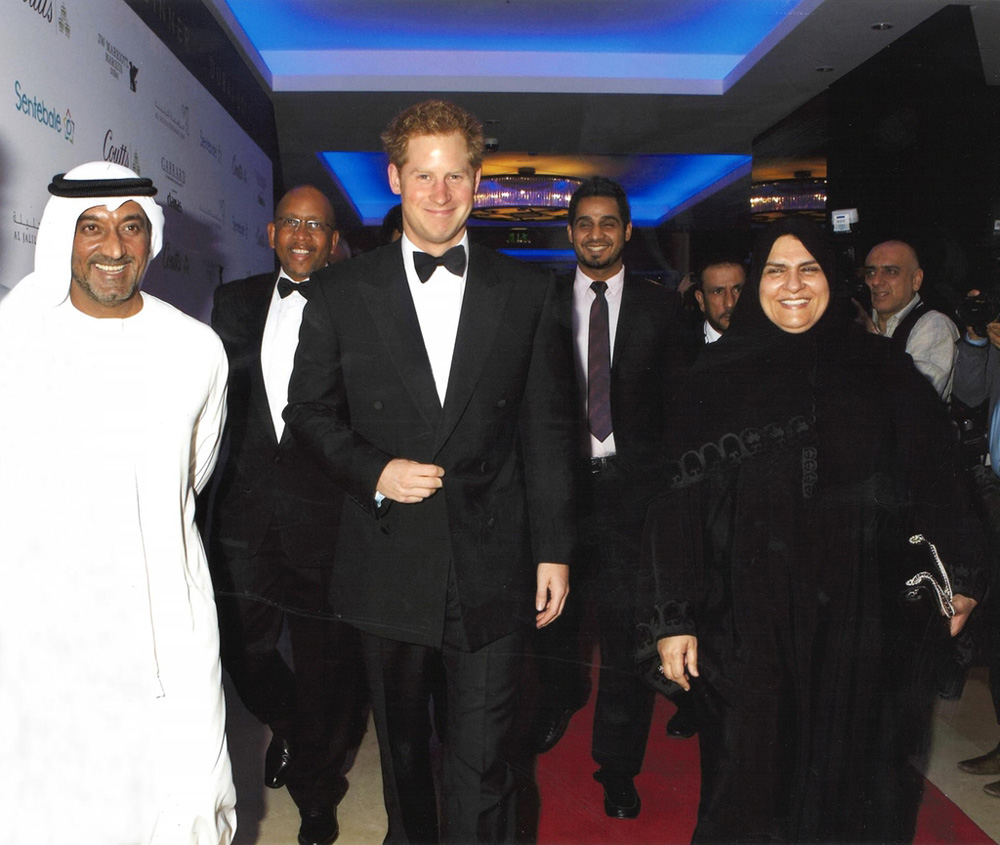 As well as her role at ESAG, Al Gurg is the President of Dubai Business Women Council, Deputy Chairperson of the Board of Directors at the Dubai Healthcare City Authority and a board member of the Dubai Chamber of Commerce & Industry and Dubai Women’s Association. What’s more, she is the first Emirati woman on the board of HSBC Middle East and North Africa. The Kuwait University graduate is also on numerous advisory boards and committees and holds prestigious memberships.

Over the years, Al Gurg has been duly recognised for her various achievements and is the recipient of many noteworthy honours, one of them being the Hospitality Management Holdings Award for Excellence for her outstanding contribution to the welfare and progress of women in the UAE. The award is a tribute to exceptional women who are an inspiration for others. She also received the Stevie Award for Women in Business in 2011 and the Businesswoman of the Year award from “Gulf Business” in 2016. 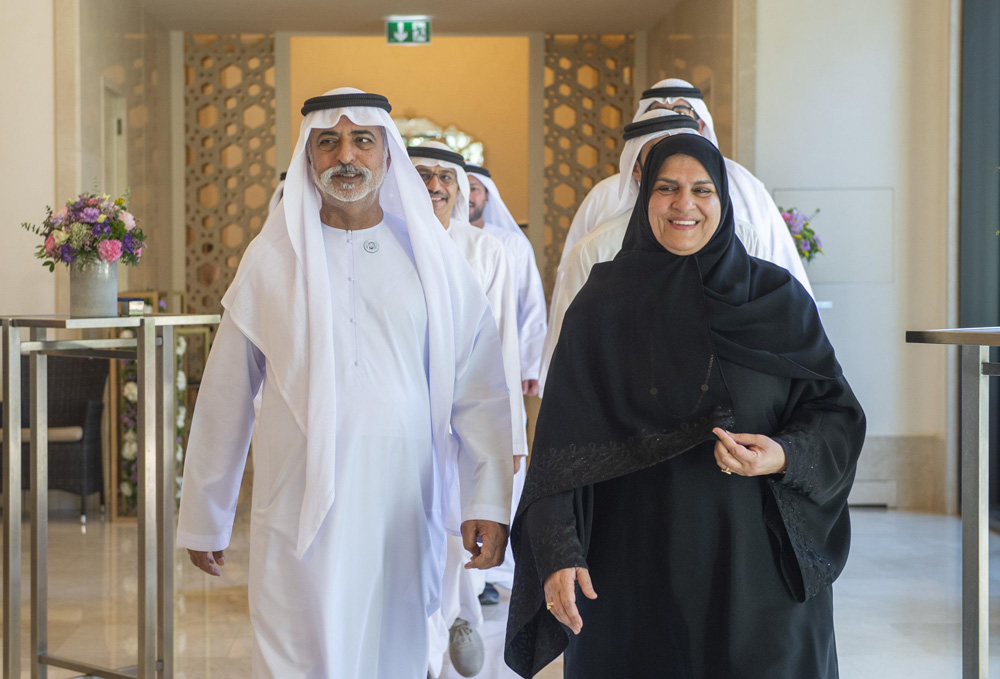 Some of the most recent nods from magazines include “Forbes” Middle East naming her the second Most Powerful Woman in the Middle East in 2015. This year, “Forbes” actually placed her 82nd in its World’s 100 Most Powerful Women list. She was the only Emirati business leader to be named. Another nod this year came from “Gulf Business,” with the publication placing her 28th on its Arab Power List. 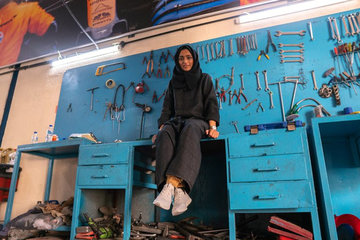 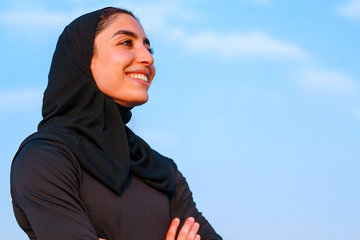