HRH Princess Reema Bint Bandar Bin Sultan Al Saud was one of the amazing women honoured in front of a star-studded who’s who of the Middle East’s social media world. 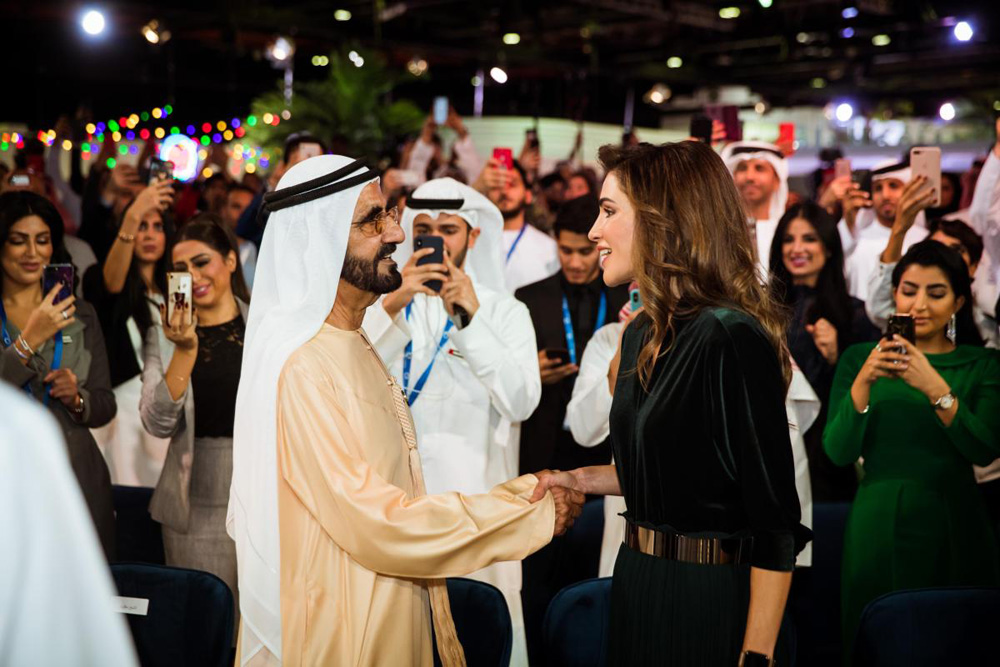 An incredible keynote speech by Queen Rania of Jordan, an interesting panel discussion by Huda and Mona Kattan and a host of celebrities helped make the third edition of the Arab Social Media Influencers Summit the most exciting yet.

A total of 31 social media influencers and organisations were honoured for having constructive and powerful roles on social media, with some holding panel discussions to impart their experiences. Celebrities like Saudi TV doyenne Lojain Omran, Emirati singer Hussain Al-Jasmi and Lebanese television host Diala Makki also joined those with social media clout for the event, which recently took place at the Dubai World Trade Centre. 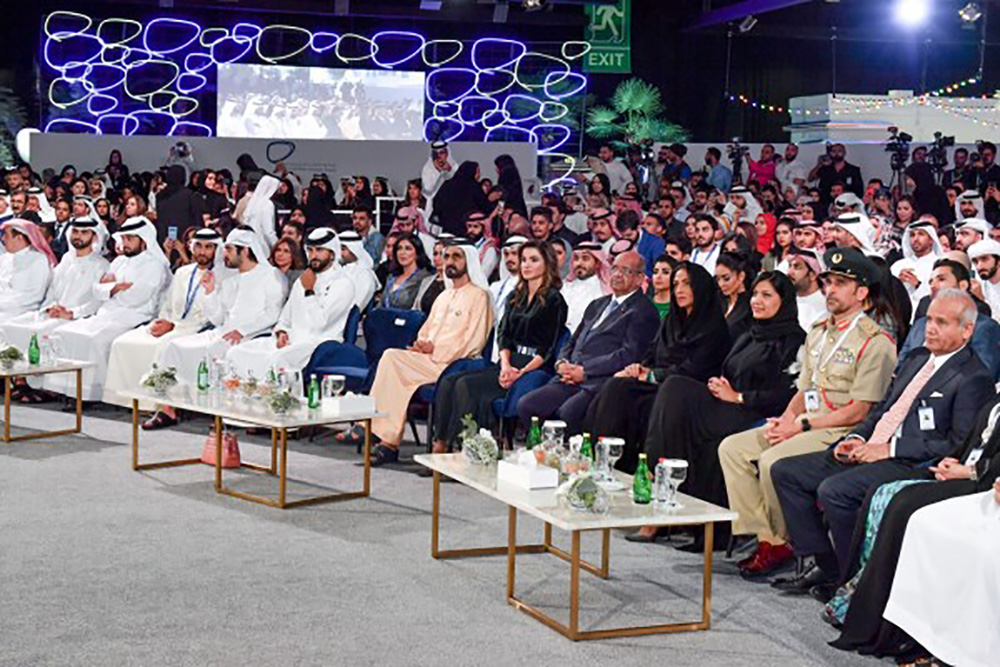 First row attendees at the summit

Shaikh Maktoum Bin Mohammad Bin Rashid Al Maktoum, Deputy Ruler of Dubai, handed out the awards, which were split into two categories, one for individuals, and another for institutions. The categories at the summit, which is organised by Dubai Press Club, included tolerance, community service, education, entrepreneurship, youth, technology, economics, politics, health, culture and arts, security and safety, environment, tourism and recreation.

And four inspirational women who are dedicated to positively impacting their audiences and furthering progress were toasted in the individual categories in the presence of His Highness Shaikh Mohammad Bin Rashid Al Maktoum, Vice President and Prime Minister of the UAE and Ruler of Dubai. 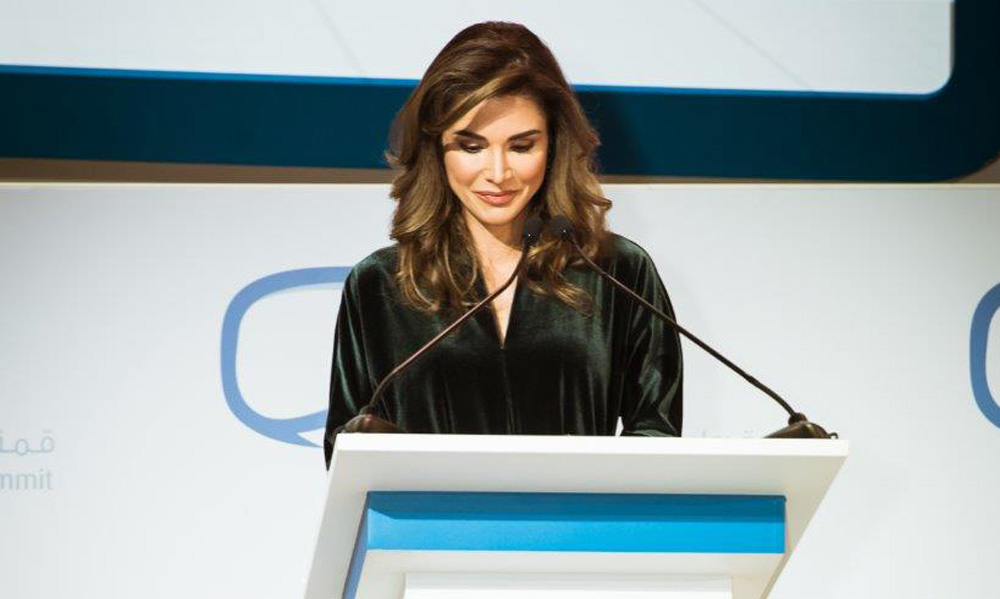 During her interesting keynote speech at the Arab Social Media Influencers Summit, HRH Queen Rania Al Abdullah of Jordan asked social media influencers to take advantage of their popularity by doing more good and posting more meaningful content. She said it should be done even if it meant losing some followers and likes or receiving negative comments.

King Abdullah’s wife, who was born in Kuwait to a Palestinian family, said rather than being a great tool for aiding charity, social media platforms are creating hate-speech and building barriers between people. “Hate-speech has increased and the world has become more divided, and eventually the walls started to rise higher until I started to wish if this (social media) world was never created," she said. A motivator to many, she gave a presentation showing pictures that have touched the public over the past 20 years, explaining images move people and urge them to help those in need.

The royal, who is a mother of four, has over 10.5 million followers on Twitter and some 4.9m followers on Instagram. She posts photos of her regional and international diplomatic, humanitarian and philanthropic work, as well as some with her family. 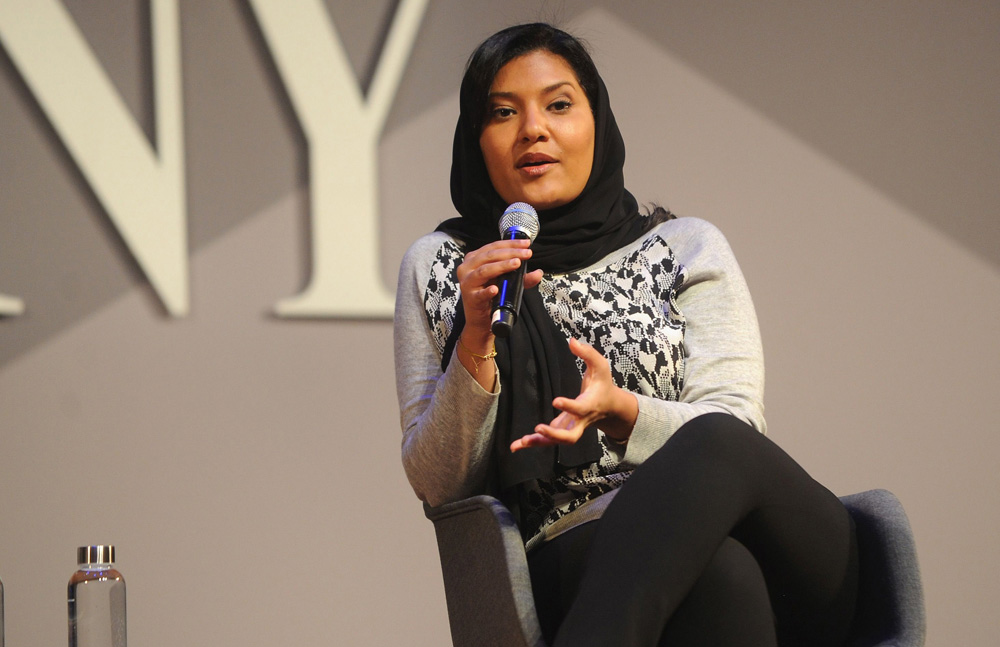 HRH Princess Reema Bint Bandar Bin Sultan Al Saud won the award in the ‘Sports Category’ for her efforts to promote sports and sports programmes using social media. The Saudi princess has been the Deputy of Development and Planning at the Saudi Arabian General Sports Authority since 2016. She has scored a couple of female firsts in the Kingdom and is known to support diversity and inclusion, with one of her first achievements in the sports authority being the inclusion of physical education for girls in schools.

The Riyadh-born royal, who is a member of the International Olympic Committee, has also received other accolades like the Arab Sports Personality Award at the 9th edition of the Mohammed Bin Rashid Al Maktoum Creative Sports Awards. She is recognised for her positive sway and efforts to empower women across the Kingdom too. This has included organising the world's largest human pink ribbon via the Zahra Breast Cancer Awareness Association. 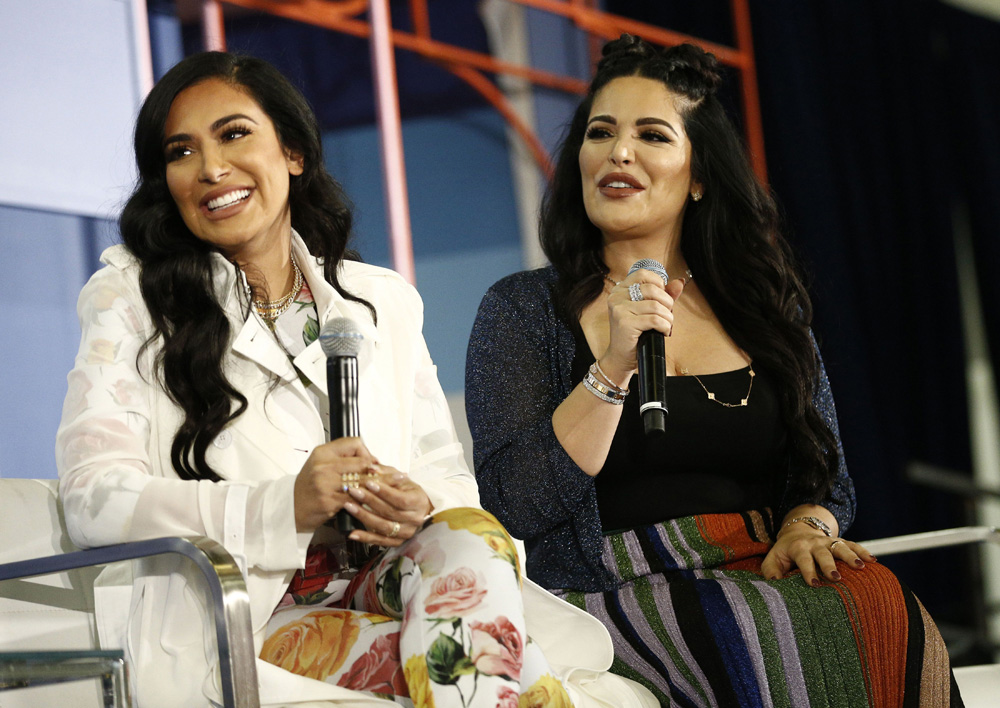 Huda Kattan, the CEO and Co-Founder of Huda Beauty, the internationally popular make-up brand that rules the beautysphere, took home the accolade for ‘Entrepreneurship Category’. The Iraqi-American make-up maven, who is one of America’s richest self-made women, runs the company with her sister, Mona.

The sisters, who built the company from the ground up, kicked off the summit by sharing their successful journey at a session titled ‘Becoming a beauty entrepreneur.’ Talking about the importance of pushing forward to achieve one’s goals, the glamorous but down-to-earth siblings, who recently launched “Kayali,” a new perfume line, and have a reality show on Facebook Watch called “Huda Boss,” touched on a number of subjects. They shared some advice with the audience, saying Instagram was one of the key social media platforms they used to spread their reach.

Kattan, who is said to be worth $550 million, according to “Forbes,” and her co-founder siblings are helping other driven entrepreneurs, especially females, through HB Angels, an early stage investment fund for entrepreneurs. “In the time that we live everyone wants to start a business, everyone wants to start a brand - either clothing, perfume, or even a baking shop, given the ability to acquire customers so easily through social media,” Kattan, who describes herself as “obsessed with everything beauty” on Twitter, said at the summit. She also recently spoke about her business struggles as a woman in front of 500 women at Harvard University.

Kattan, who once struggled with self-confidence due to students bullying her about her ethnicity at school, has 149,000 followers on Twitter and nearly 30 million followers on Instagram. She proudly posted a picture with Queen Rania and her sister, Mona, at the event. 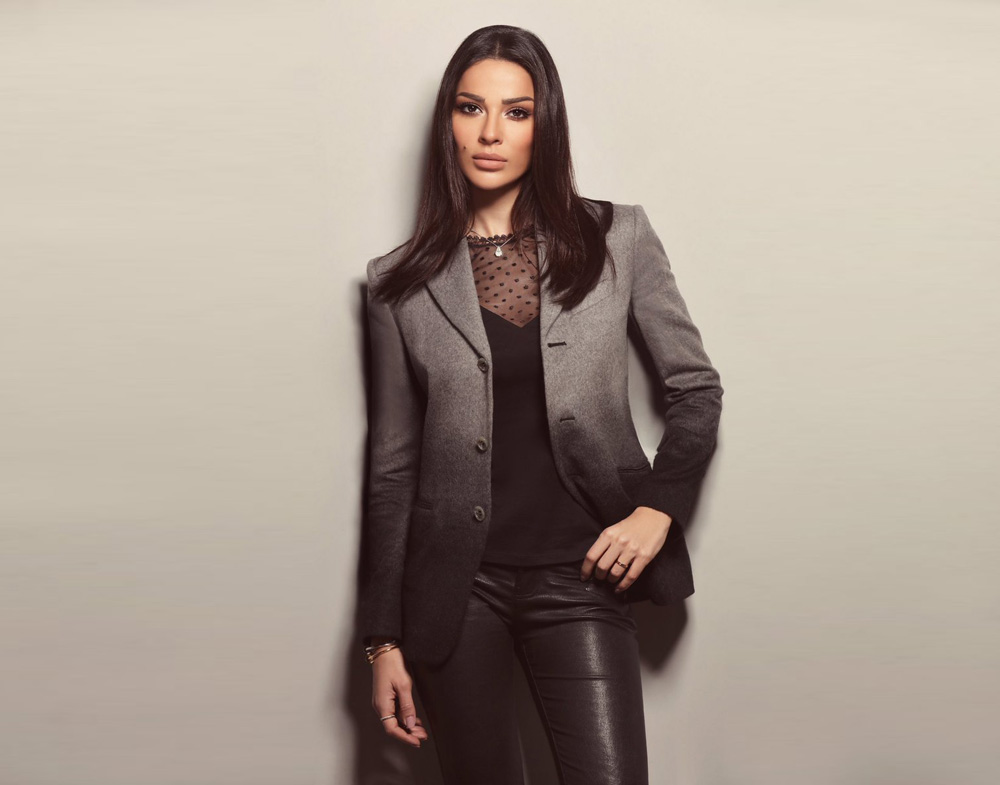 Lebanese-Tunisian actress Nadine Nassib Njeim was another woman in the spotlight thanks to her winning the Culture and Arts Award. Njeim, who started her career when she was just 16, is a former beauty queen, who was elected Miss Lebanon in 2004. She also represented Lebanon during the Miss Universe 20015 pageant, which took place in Thailand.

Married to Hadi Asmar with two children, Njeim has been cast in various lead roles for TV series such as “Nas Youm,“ “Laow” and “Cello.” She also starred as the female lead in the first season of Lebanese-Syrian series “Al Hayba.”

Njeim did not continue due to creative differences and feeling her role in the predominantly male story kowtowed gender stereotypes. The arresting Arab megastar, who has a Tunisian mother, has also starred in “Agyal,” the film “Sorry Mom” and landed the voice-acting role of the Arabic version of Lara Croft in the 2013 video game “Tomb Raider.”