Saudi Fashion Designers: The Women Shaking Up the Industry Across the Middle East 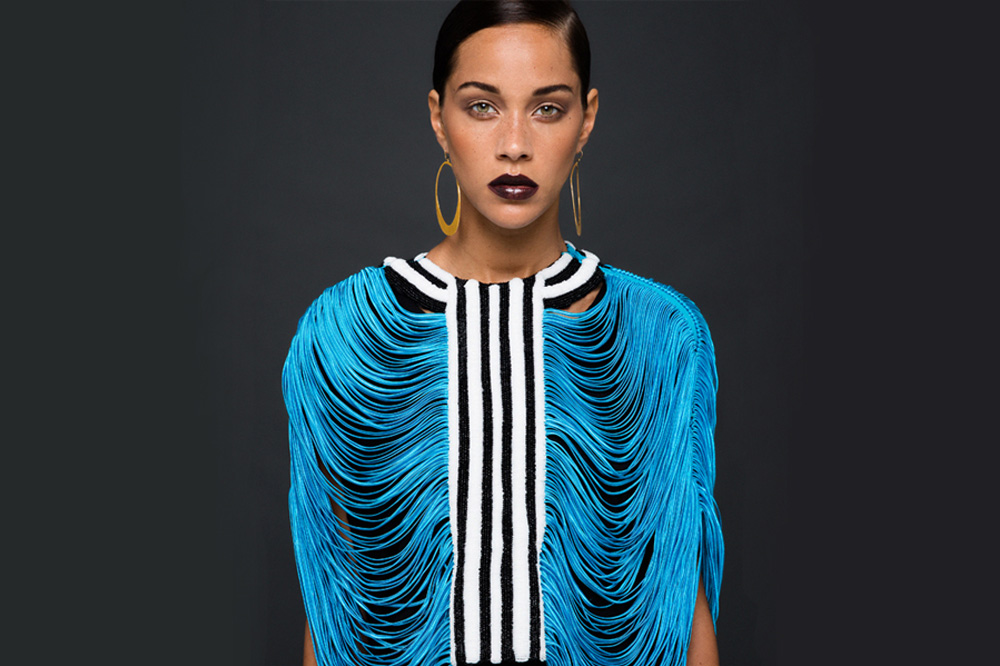 Saudi Arabia has been undergoing some major changes within the last year as it pushed more rights for women, including the lift on the driving ban for women, opened the doors for them to partake in and attend sporting events in public, and placed educated women in top commercial and governmental job roles, to name just a few.

Fashion has been on Saudi Arabia’s radar this year in a major way as the kingdom celebrated it’s first Saudi Fashion Week this year. Of the designers showcasing modern and progressive collections were these 6 woman-owned fashion houses. 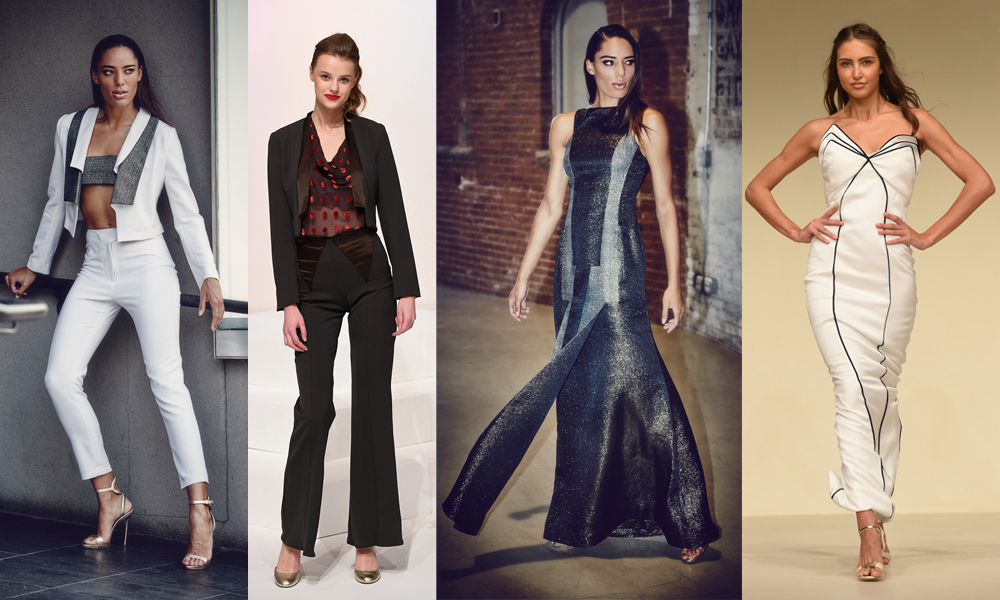 In 2016, Aljawharah “Sadeem” Abdulaziz Alshehail founded her label, “It’s a sustainable brand – all the pieces are designed to be timeless and can be customized.” Wary of the environment and thriving to be eco-friendly, Sadeem is a label for others who are eco-conscious and for the woman that is sophisticated and enjoys collecting timeless pieces she can dress up or down.

Alshehail is committed to a holistic way of life – which is conveyed through her personal closet full of slow-fashion brands, local designers and vintage pieces inherited from her mother. “I’ve been sourcing my textiles from factories in Japan and Italy that employ ethical labor laws, renewable energy, and waste and water reduction management,” she says. The clothes are made across New York, Dubai, and at her own studio in Riyadh.

Sadeem’s aesthetic is inspired by “silver-screen sirens and historical heroines”, and states what motivates her, “Social, environmental, and economic developments motivate me. Witnessing the current progress in Saudi Arabia and the many positive initiatives taking place give me a great sense of pride and motivation. I am filled with enthusiasm, and my next collection’s theme is dedicated to my country.” 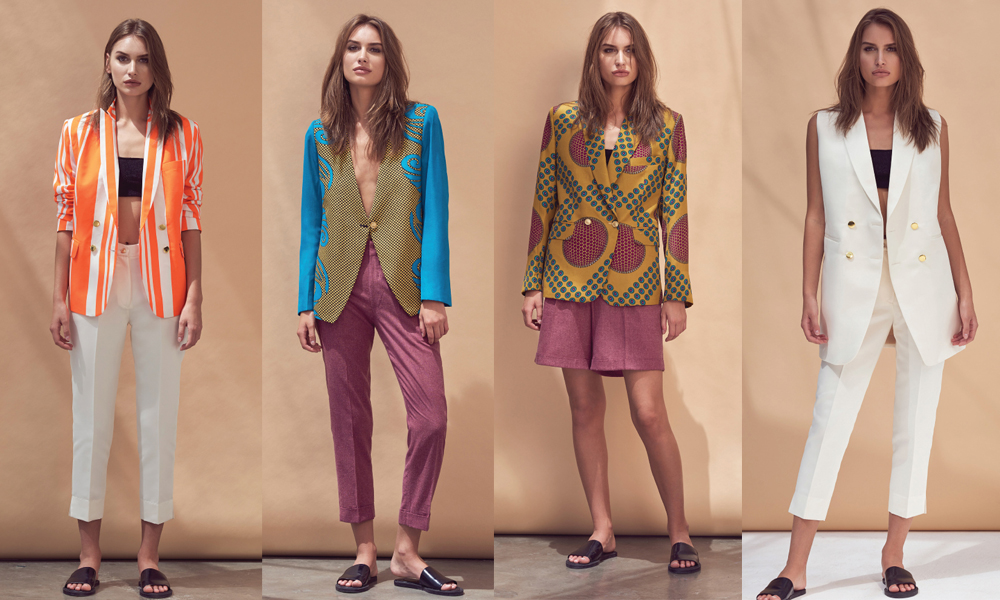 If you didn’t know Arwa Al Banawi before, you probably would have heard about her most recently as Hollywood icon Will Smith and his son, Jayden Smith sported her eponymous label on a trip to Dubai this year.

The Saudi label’s foundation is based on sharp tailoring and athleisure pieces including Arabic sloganed hoodies and tees. Her muse being #thesuitablewoman, Al Banawi says, “Female empowerment is the message behind the brand while Arabic calligraphy is also part of its identity; it speaks to young women from the Arab world.” Her aesthetic is based on herself, “seductively androgynous, independent and androgynous”, - or at least the woman she says she hopes to be, and one that women can relate to.

“The suits I design are made for the businesswoman on the go. She wants to look effortless and cool,” she says. Arwa’s collections are inspired by social political issues, and one of her previous collections entitled, Beduwins, draws from Saudi Arabian culture to highlight the traditions that non Saudis might not get the opportunity to see, “Going to the farm in the winter, getting fresh goat’s milk and eggs… are the norm in our society.” Arwa Al Banawi is a pioneering designer who manifests a Saudi girl’s heritage along with the Western world she’s accustomed to. 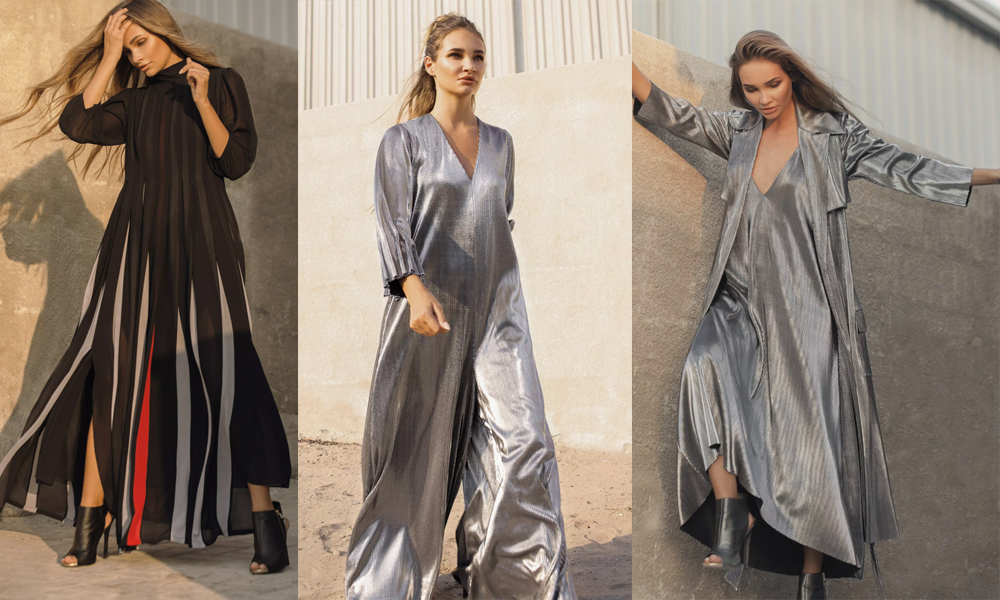 “Comfort chic with edge,” is how Daneh Buahmad describes the brand she established in 2011.

“It’s important to me how much wear a woman will get out of the clothes. I design for professionals who are on the go.” Buahmad sources her fabrics from all over the world, Turkey, Italy, Japan and the UK, using cotton, viscose, Tencel and jacquard to create her designs. Passionate about textile, she explains, “It’s a weakness of mine. I can get lost in another world when choosing a white fabric.” Daneh is a brand inspired by simplicity and detail, and her muses are vintage icons, including, Bianca Jagger, Debbie Harry, and Khaleeji stars from the 70s.

Pieces most popular with the designer’s clients are those that highlight her Saudi heritage, with a modern edge. One of her designs, a thobe jumpsuit, is one regenerated in every collection, “Each jumpsuit is inspired by a different kind of thobe, from a different region,” she says. Based between Dubai and Saudi – Buahmad hails from Dhahran – she says, “Saudi is home. There’s a warmth to my country that is hard to explain sometimes.” 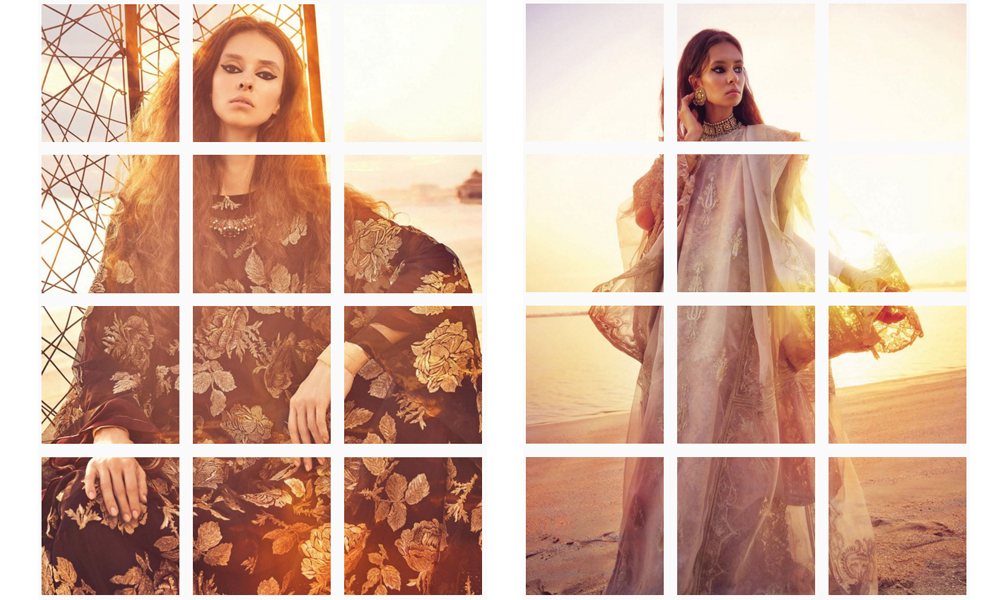 Layla Moussa is renowned for her eponymous line of made-to-measure coats and kaftans that she creates with “unique-minded, strong, modern women”, like herself, in mind. Moussa’s label has been around for over 40 years, and the designer herself has dedicated her life to showcasing local artisanal craft. With a history as an antiques dealer and interior designer, the creative realized that her true passions lay in textiles, “I collected all sorts of vintage and contemporary fabrics in abundance for spaces that I would design. Fabric is an interesting medium to work with and I am always searching for different kinds.” Moussa carefully chooses her textiles based on her designs.

From her collections, jackets are embroidered using gold thread and kaftans adorned with paisley, Layla admits that all the clothes are crafted by master embroiderers and tailors in her ateliers in Jeddah and Beirut. Her own favorite designers are the likes of Jean Paul Gaultier, Prada, and Louis Vuitton during the Marc Jacobs era – all known for reveling in nothing but opulence. Layla Moussa on what she wants her legacy to be? “Every brand is the reflection of its designer. When I am producing a simple kaftan or an intricate couture piece, besides the design, the quality is paramount. From experience, only quality survives. This is what I wish to be remembered for.” 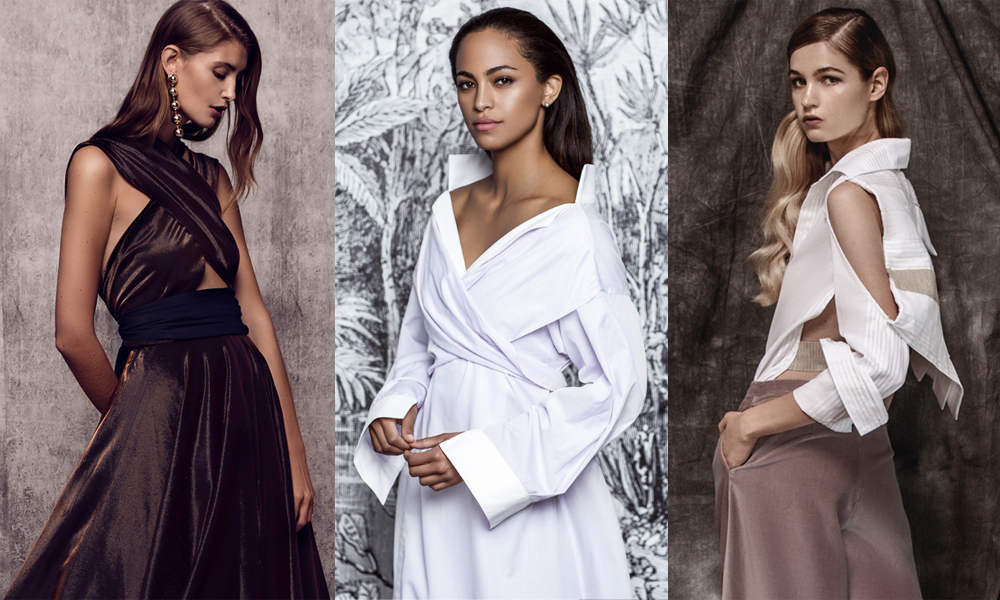 Nora Al Shaikh produces 3 collections per year, Ramadan, pre-fall and resort with a profitable aim for her collections to reach the hands of retailers at a time when they’re looking for something fresh.

The eponymous label maintains a Saudi attitude whilst creating contemporary collections that can still appeal to various cultures. “By now, the industry is aware that the current fashion cycle is dated and ineffective. Small designers simply can’t continue churning out collections for the sake of presenting something new,” she says. “The infrastructure and resources like factories and fabric vendors weren’t available to us when we began. As a Gulf designer, I also had to convince retailers that my designs can meet international standards and that there is a market for them.”

She established her brand in 2012 and hasn’t looked back since, “I wanted to focus on growing sustainably, as opposed to creating a lot of hype and not generating sales.” Nora originates from Riyadh, and is now based in Jeddah with her atelier. Some items are produced outside the kingdom, but the majority of her collection is most certainly and importantly, made in the Kingdom of Saudi Arabia. 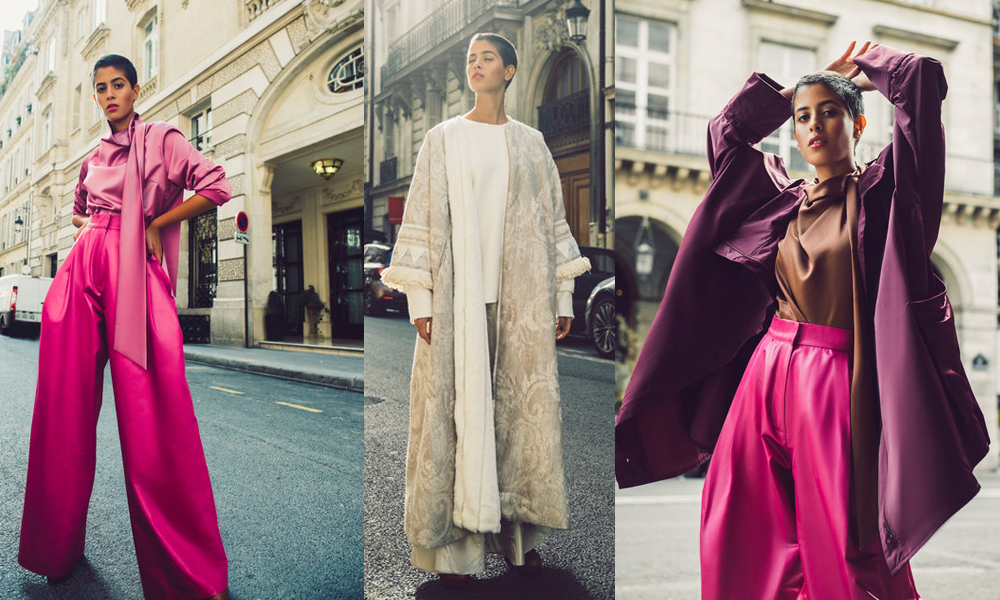 Naeema and Shad Alshuhail are the aunty and niece who launched Herfah by Naeema in 2015, and is now called Abadia. Their foray into the world of fashion had however, started long before, “My aunt has been dressing women and defining fashion and luxury in the region since the 80s,” says Shad.

With their strong knowledge of the Saudi fashion market and its demands, along with existing relationships with local artisans, Shad and Naeema introduced a Saudi label for women that defied trends and celebrated Saudi heritage. Abadia’s signature farwas – floor-length oversized coats Bedouins wear in the desert – are among the pieces intended to “defy trends.” Designs are embellished with sadu and embroidery details by artisans in Qassim.

“Our customers appreciate beauty and quality but are conscious of their impact. They’re selective and make a long-term investment to preserve and even pass down clothes.” The family design duo strongly supports ethical fashion, “I believe that our choices matter and make a difference,” says Shad. Being raised in Al-Hassa, in the Eastern Province, the young designer expresses herself as a 21st century nomad - “I’m mostly on a plane between Dubai, Riyadh, and Beirut. Home is wherever my mother is.” 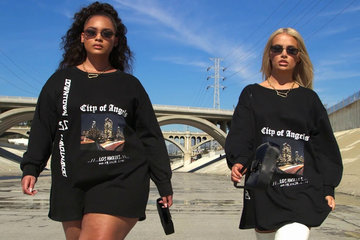 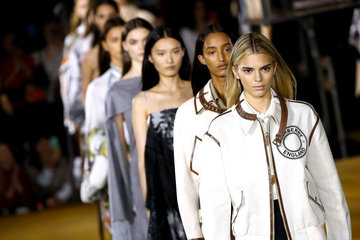 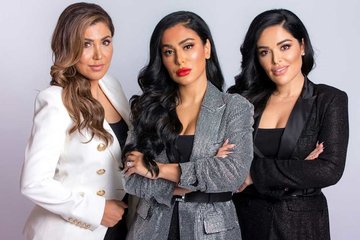 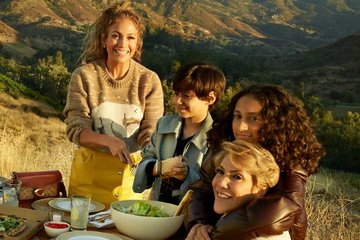 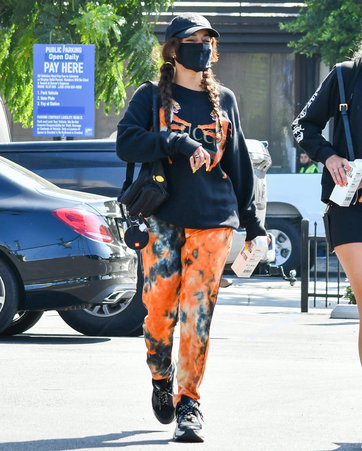 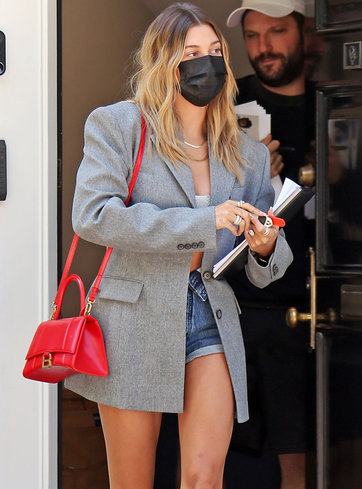 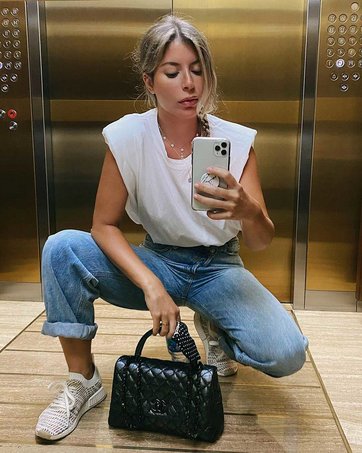 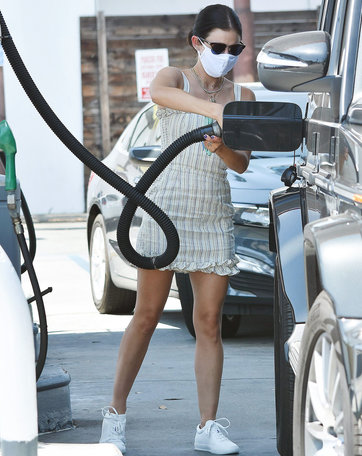