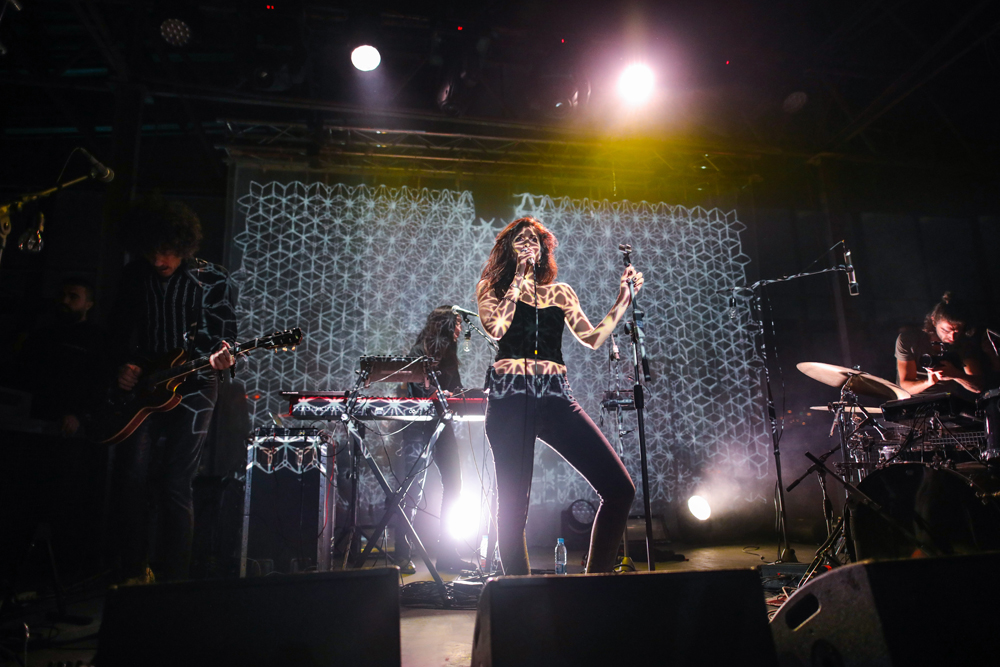 Yamsine Hamdan, Beirut and Beyond

The Lebanese capital will be hosting its 6th edition of Beirut and Beyond, which invites both regional and international musicians to a variety of venues around the city for a four day extravaganza.

At the same time, Dubai will be hosting the highly anticipated event devoted to footwear, fashion and lifestyle. The urban streetwear and music festival first launched in 2010 and shines a light on global street culture whilst presenting a strong lineup of hip hop and R&B artists and this year, attendees are in for a huge treat.

Both are major events that aim to celebrate regional talents and to provide a stage for the underground scenes that aren’t supported as much as the mainstream pop cultures.

Co-founder of SoleDXB, Rajat Malhotra told local press, “We want to book the acts we’re listening to that other people (here) won’t book. We started off super-grassroots. It was about building a platform to connect with people like us, who are into the things we’re into. And we found that there was a hunger for this, there was a demand for this out here, but no one was really addressing it. Everything we’ve done from then is to intentionally create a platform to curate talent in the spaces of art, fashion, music, basketball, who we think are relevant and that we look up to, and to be able to offer a platform to creatives in this region that we think are doing amazing work to sit on the same platform as other global creators.”

Similarly, Amina Semaan, director of Beirut and Beyond, speaks about her drive behind the festival, “Around 2011, there was a lot of really good quality music coming out, especially in Egypt and Tunisia right after the Arab Spring. So we thought there was a need for a platform to expose this emerging talent — musicians who had been working on their music for years and years and hadn’t had the opportunity to show it. So we wanted something that wasn’t just a festival, but a showcase festival, so we can invite professionals from all around the world to come and discover what’s happening here in the music scene.”

An electro-acoustic duo of @abed_kobeissy and Ali Hout, @twoorthedragon is a project that approaches Beirut’s urban soundscapes as an intrinsic component in Arabic music! Tickets on sale soon. #bbimf2018

The musical lineup for Beirut and Beyond 2018 includes Lebanese singer-songwriter, Tania Saleh, Egyptian trio, Lekhfa – made up of Maurice Louca, Tamer Abu Ghazaleh and Maryam Saleh, who just won the Best Artist in African Rock at the All Africa Music Awards, trumpeter Erik Truffaz performing with French jazz musician Sig and Latvian drummer Artis Orubs; genre-hopping Norwegian trio Gurls; and Lebanese post-rock instrumentalists Kinematik. The four-day festival will also be hosting a “Professional Program” during the daytime where attendees can partake in lectures, workshops and roundtables on the industry.

Sole DXB will also be taking an educational stance this year as Rajat Malhotra speaks about what’s in store, “We wanted it to be about more than just buying a ticket, watching the artists perform, then leaving. It’s important to us to showcase these artists that are coming out in different lights as well.”

Amongst others, hip-hop legend Nas will not only headline at the urban culture event, he will also be giving a talk and launching the first franchise of his restaurant, Sweetchick, in the region.

You may also be wondering how these incredible platforms choose who is going to be headlining the highly anticipated events, and as it goes, the criteria is pretty simple! Beirut and Beyond’s director, Amina Semaan explained, “We’re looking for music that’s good, even if it’s not something you’d listen to every day. Artists who are serious about their work and just need a platform to be picked up by a booking agent or a label or a manager. We focus on up-and-coming musicians and we try to bring in different genres and different nationalities.”

Headlining at Sole DXB on the other hand, seems to be even easier, as co-founder Rajat Malhotra tells, “Our booking starts from one basic tenet, which is we won’t book anyone whose music we don’t listen to ourselves, a blend that’s about more than just radio hip-hop and a mix of emerging, contemporary and heritage acts — it’s important to show where these new acts have come from. If we start booking acts that we know will sell tickets but that we have no intention of ever listening to on our own, it’ll start to come through. But we’ve stayed honest: All the things that work and all the things that don’t work are a direct reflection of our personalities.”

SOLE DXB 2015: MOBB DEEP Who are you most excited to see perform at Sole DXB 2018, so far? #soledxb #thisisd3 #dubai_calendar #cadillac #sprite_sole

Elated at this years showstopper, New York hip hop legend, Nas, Malhotra goes on to say, “He’s a true poet and he’s been timeless. He’s got people in their forties who’ve kept with him, and he’s got people who are coming into music now in their early teens. He’s stayed that relevant. Booking Nas is a dream come true for us. We grew up listening to him. So to have him playing at our fair is pretty surreal.”

Both Sole DXB and Beirut and Beyond give equal importance to well established and emerging artists and musicians as Dubai based Sole DXB will see sets from Beirut-based Syrian-Filipino rapper and producer Chyno, ‘neo-soul’ singer Reem Ekay, hotly tipped UAE-based hip-hop artist Zenden Lavon, and many others from the Arab world.

@tamer_abughazaleh, @maryammsaleh and @mauricelouca will be talking music creation, inspiration and process on December 6 at #BBIMF2018's Artist Talk. In partnership with @darelnimer. For more info join the event on FB - Talking Music: Lekhfa

“There isn’t any separation (between regional and international acts) for us,” says Malhotra. “We think they’re doing great work. Why wouldn’t we book them? There’s a lot of talent coming up in this region. It may be a little bit harder work to find them because they’re not getting the publicity or the radio time that other artists are getting, but they’re very good. So for us, it’s an honor to have them onstage.”