Cappadocia, One of Turkey's Hidden Gems and Best Kept Secrets 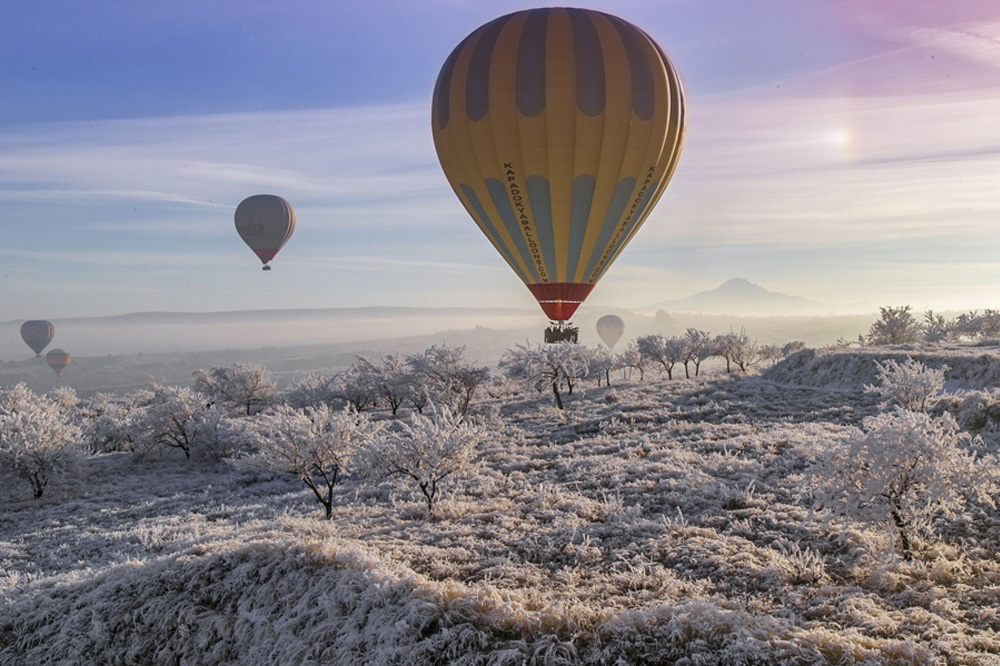 Soaring in the skies of Turkey in a hot air balloon with your loved ones by your side is where you need to be. Just imagine breathing in the fresh air, taking in the pristine views, and feeling the rush of excitement of being so up high in the sky. This is Cappadocia, and it’s on your travel bucket list as of now – if it hasn’t been already.

Cappadocia is a volcanic landscape and is in central Anatolia. First thing you’ll notice about this area is its “fairy chimneys”. The rock resemble cone-shaped formations huddled together will create quite the breathtaking view from above.

At certain times of the year, these chimneys will be covered in clouds, other times drenched in sunlight, and at the coldest of times, glistening with frost and snow. There’s no bad time to hop on one of these balloons and check it out for yourself.

Cappadocia is something of a fantasyland from away, and here’s a glimpse of what the view from the best seat in the house looks like: 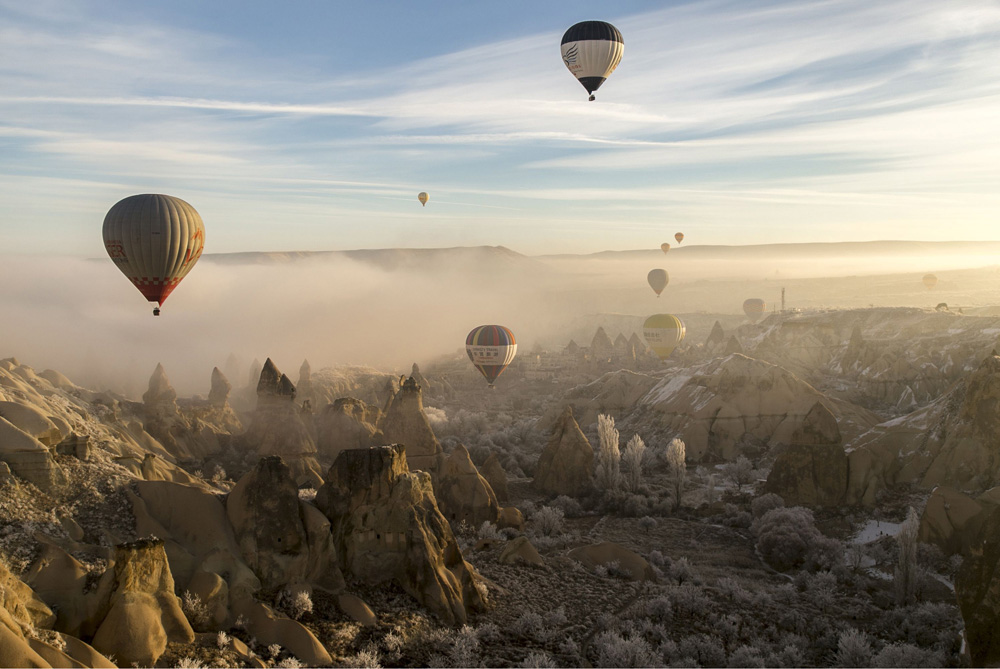 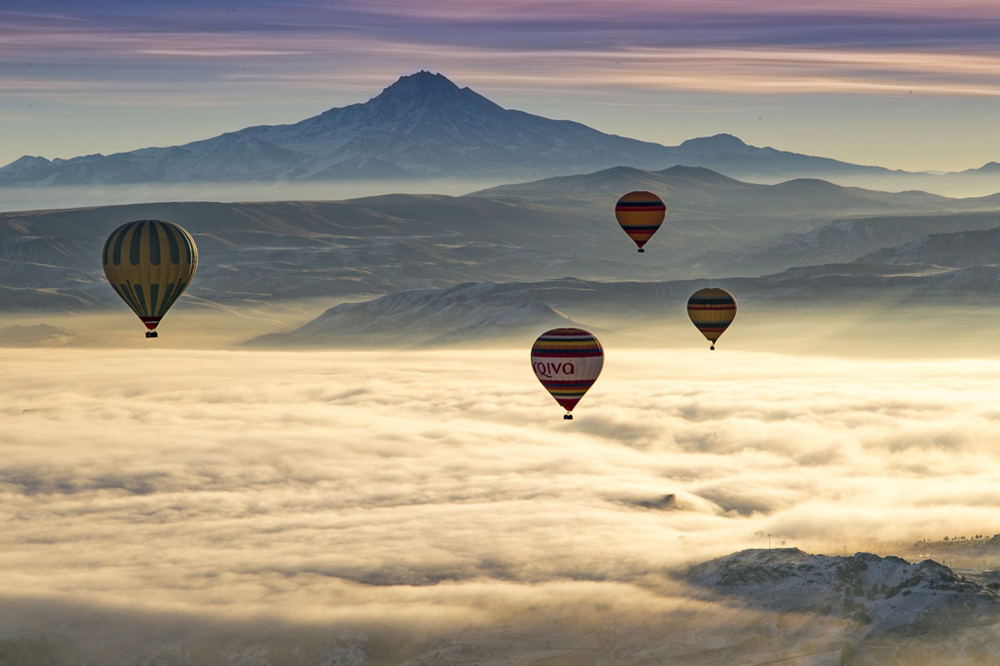 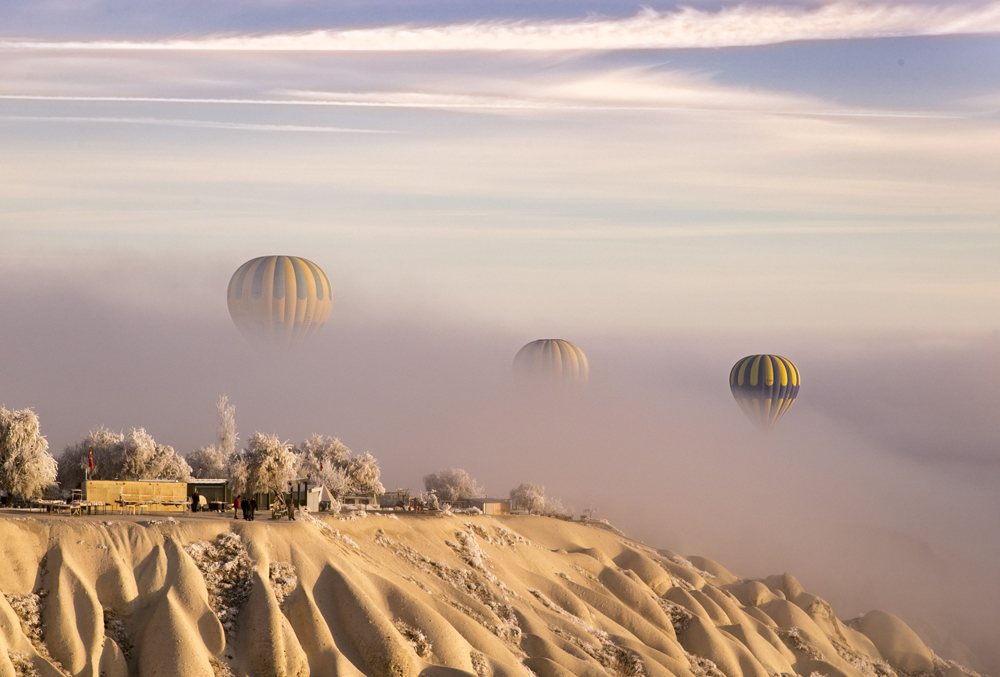 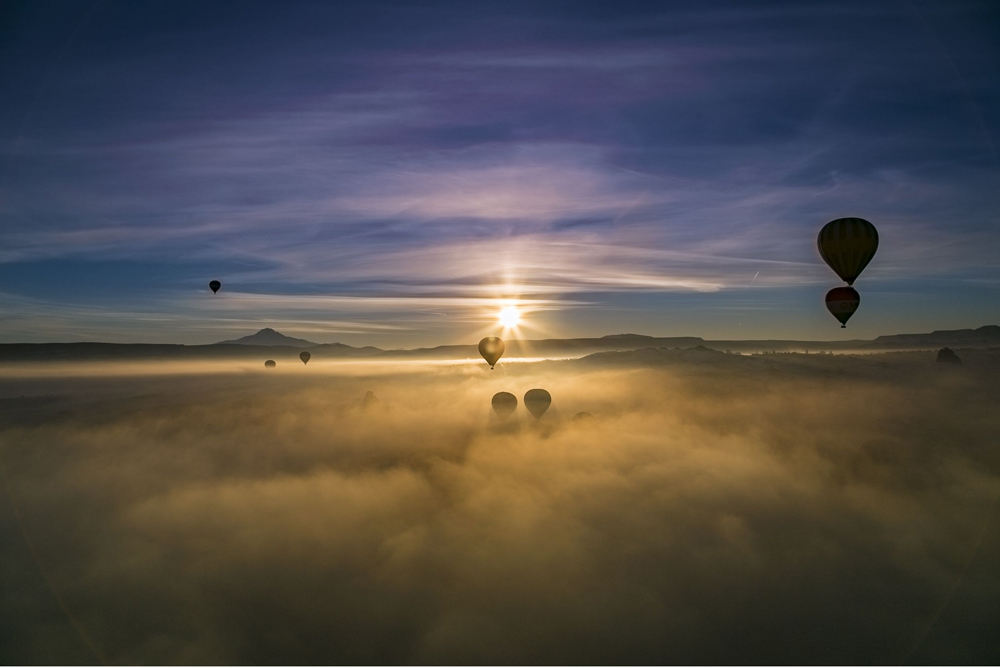 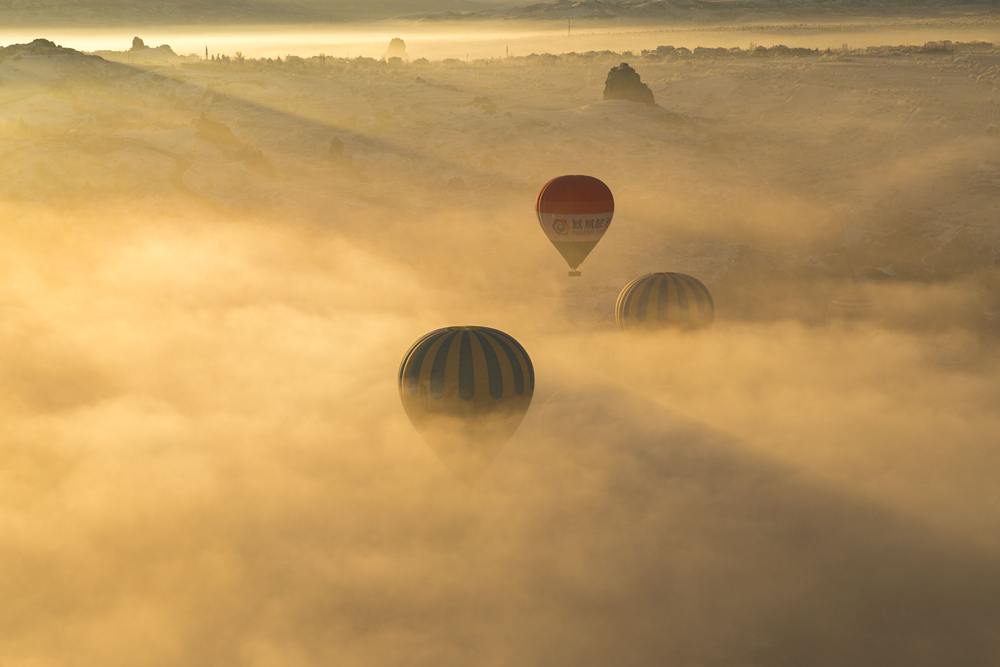 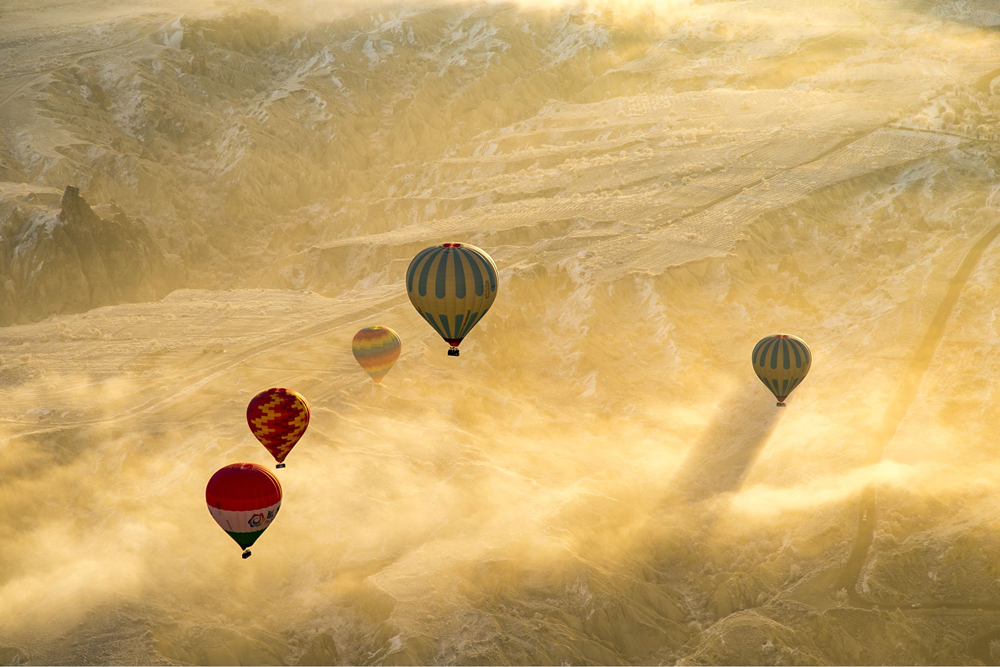 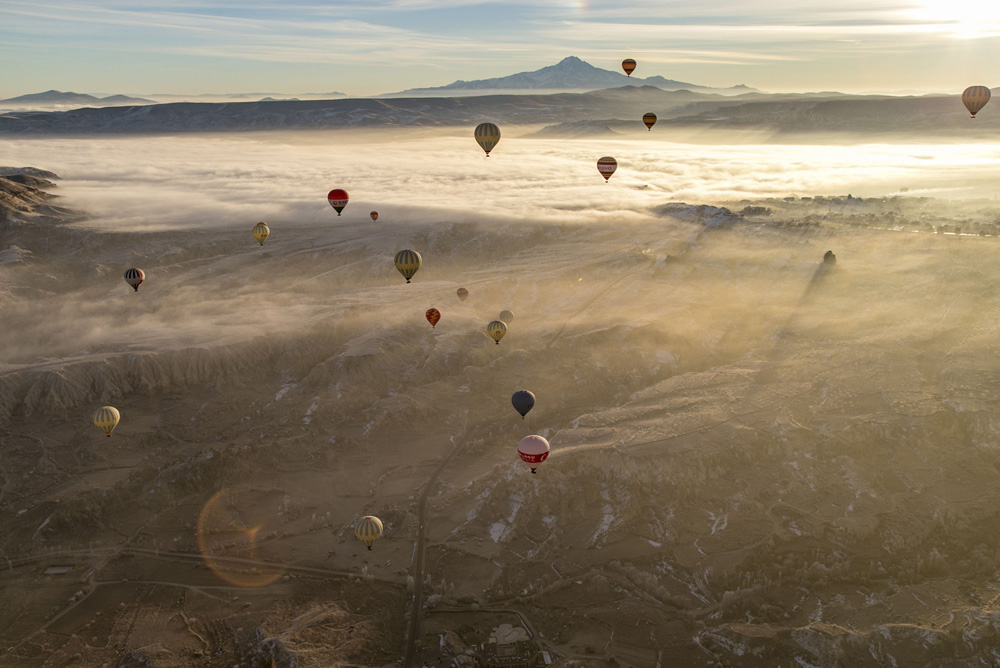 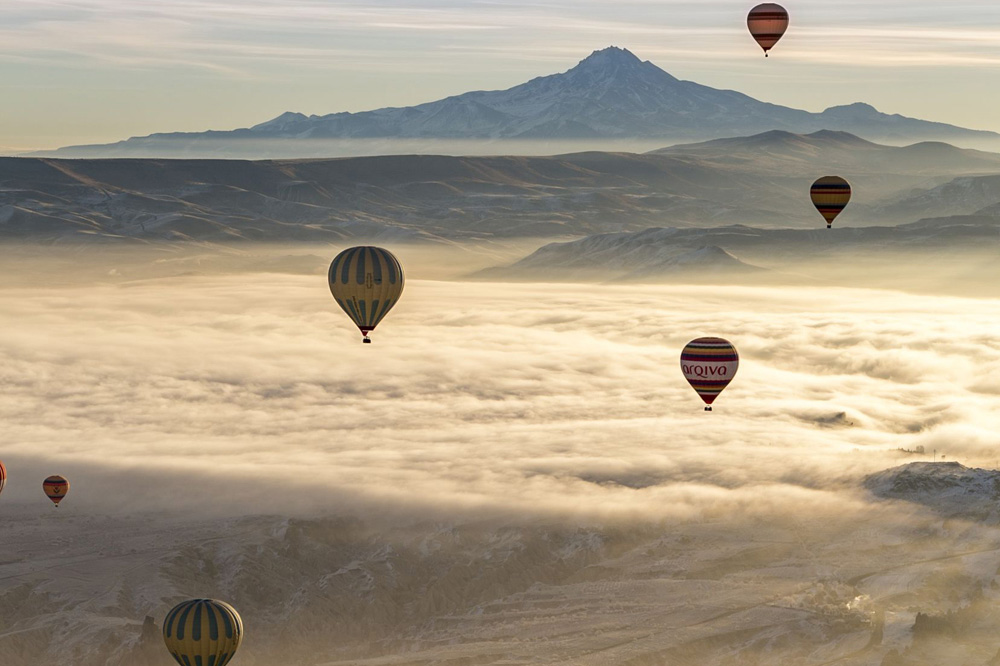 All images are by Birol Bali 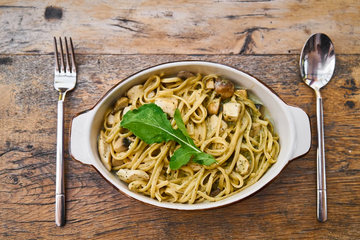 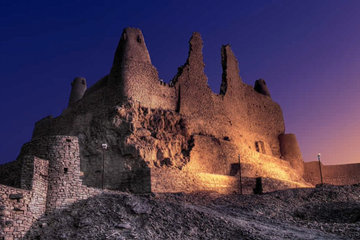 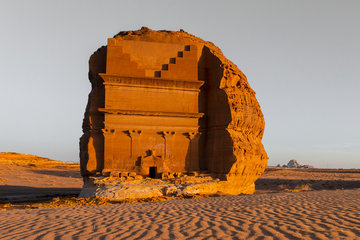 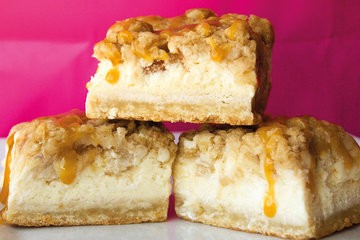 This Salted Caramel Apple Cheesecake Recipe Will Make You Drool 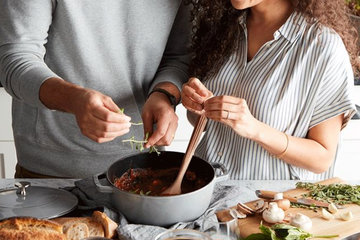 Delicious Recipes to Cook with Your S.O