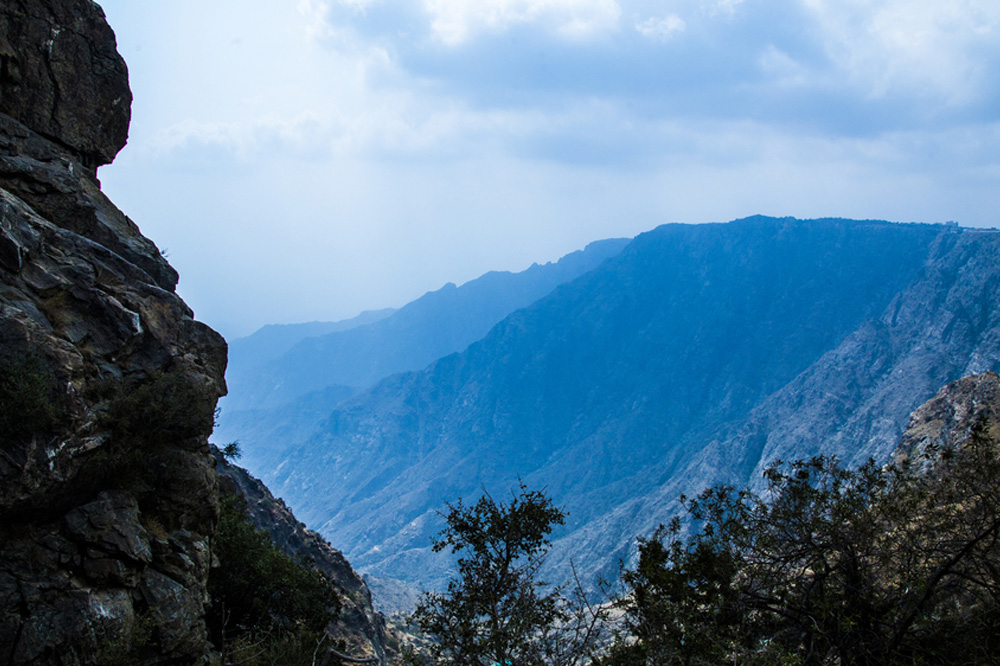 Showing signs of early civilization, the mountains that surround the center of Khat, in Al Majardah in the Saudi Arabian province in Asir, appear to be impossible to enter. However, there are people who are settled and live where the peaks of the mountains were a situation for the historic “hanging villages”.

Located approximately 180km from Abha, tourists will soon be able to visit the region’s hanging villages, which are said to be some of the most incredible sights in the kingdom and are home to its deep rooted history.

Saudi Press Agency visited the village of Al Khadra, following a departure from Abha on a tourist journey to Taif, passing through the provinces of Tanomag and Al Namas. The tourist journey revealed a number of stunning landscapes and agricultural sites, considered to be among the most important tourist destinations. 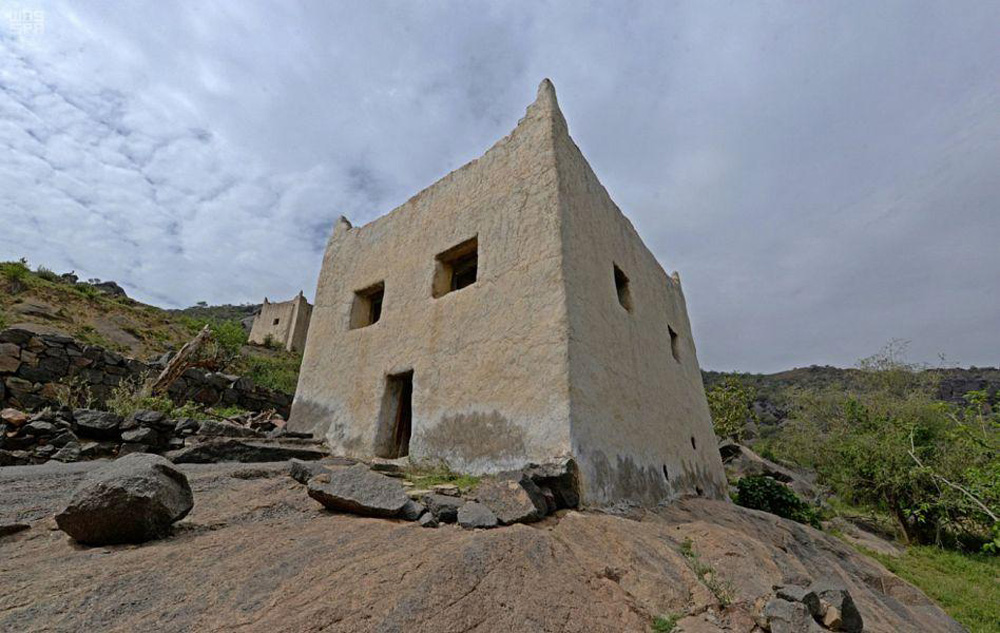 Beautiful waterfalls, commanding mountains, wide valleys and an abundance of greenery including palm, siddur and talh trees which flourish there, creating a stunning view for visitors en route to the Abes center in the middle of the Al Majardah and Khat. In the same place are residents who become guides to the hanging villages and their culture.

A resident of Khat, Abdul Rahman Mohammed Al Sumaydi explained the need for a four wheel drive vehicle to be able to reach the village of Al Sumayd, as he described the site’s history and highlighted the network of old roads that are used to enter it. Looking forward to paving the roads leading to the village in order to protect it from floods and other natural disasters, he also spoke about the importance of developing the region in order to encourage more tourism. 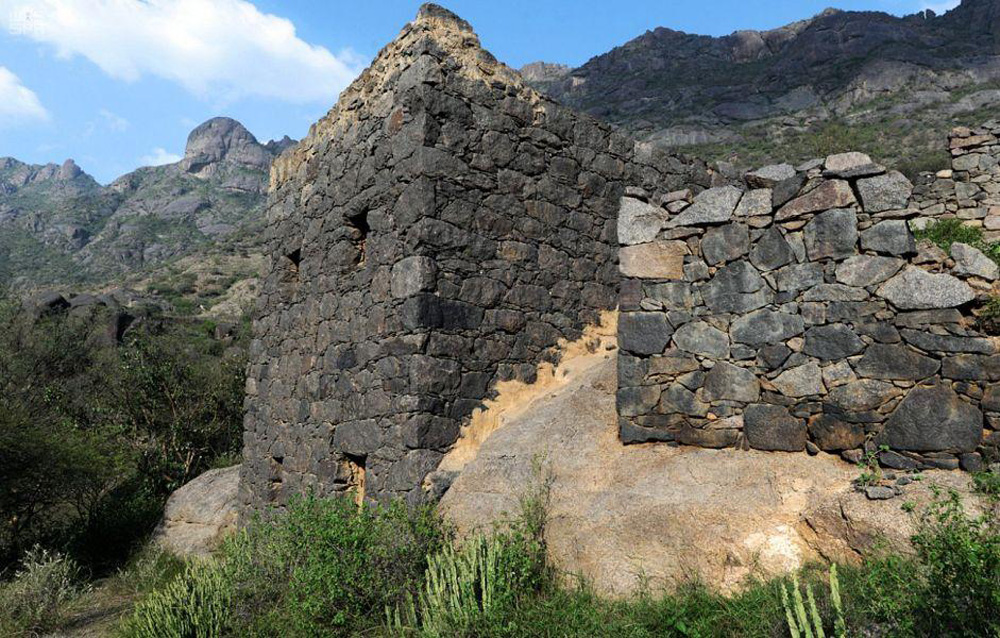 Al Sumaydi also proclaimed that the village is ancient and is resident to mountain top palaces that contain archaeological rock inscriptions and artefacts, with surrounding agricultural terraces offering a livelihood for people at the time, “The village was characterized by the basins dug in the core of the black rock, which vary in length, width and depth. They are the main source of potable water for the people of the village, by filling the tanks dug in the ground with rainwater. That water was also used for irrigation of agricultural terraces and for watering livestock,” he said.

Another resident, Mohammed bin Ali bin Dahman Al Shahri, now aged 70, spoke about his memories of growing up in the hanging village, “I spent two decades in this place amid the houses built with stones, mud and wood, surrounded by farms that were the source of our livelihood at the time. People used to plant corn, tobacco and banana trees. Life was simple here and people at that time were able to overcome the roughness of the region and its difficult terrain to provide the daily necessities.” 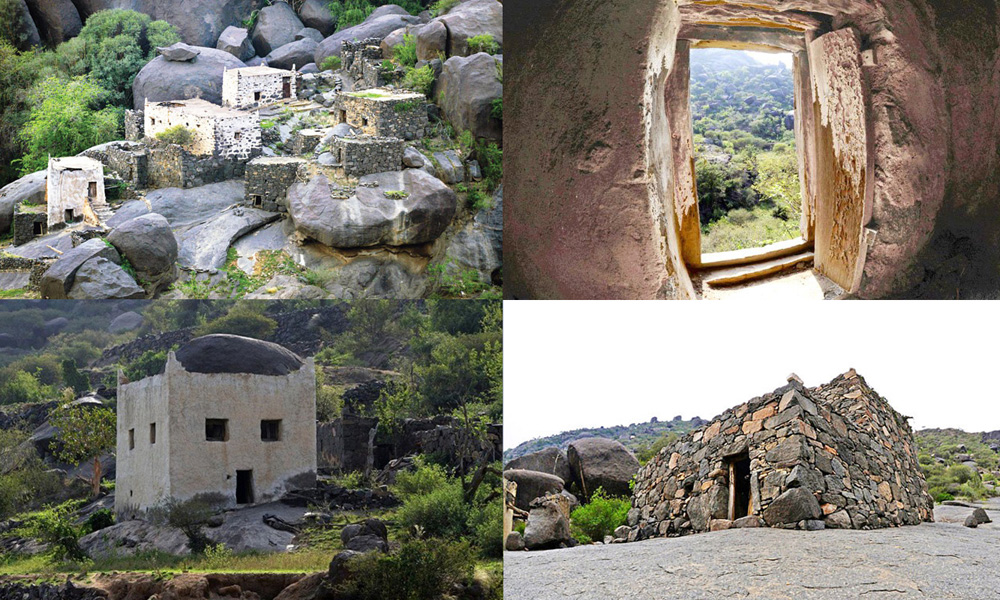 Made up of stones and plaster, the hanging village has over 150 houses and had a tiny population of just 300 people, and is now home to around 3000 people, according to a recent consensus, “The village’s isolation and limited access forced residents to travel to nearby centers and neighboring provinces for essential services,” added Al Shahri. He also once hoped for the village to have help to create roads and other amenities, saying that if the village were to be developed as a major tourist attraction, it would help the people of the Asir region.

all images are via Saudi Press Agency