How the Face of Fashion Is Changing in KSA

Ithra, Dahran, celebrated creative arts in Saudi Arabia last month and the topic of fashion was a hot one amongst attendees. The Middle East’s fashion entrepreneurs, including Rania Masri, Ramy Fares, Philippe Blanchard and Ghizlan Guenez took a look at the future of fashion at Tanween.

One of the Tanween event’s most talked about subjects was “Tech Disruption” and how technology is fast changing the fashion industry. Rania Masri, the chief transformation officer at Chalhoub group, was one of the speakers and described how technology facilitates the retail industry and affects consumerism, she said, “Digital has disrupted our industry quickly evolving our consumer in a way that we were not expecting, and we need to react very quickly to it.”

In agreement was director of retail at Microsoft MENA, Ramy Fares who added, “retail has been fundamentally transformed by effective technology. The market player we are all trying to catch up with in retail is Amazon, and at the heart of Amazon is artificial intelligence, learning just from your clicks what you have in your shopping cart (and using that information) to profile the kind of products (the company needs) to have in the warehouses to fulfill your needs.”

The UAE’s modest fashion maven, founder and CEO of TheModist.com, Ghizlan Guenez was also quizzed on whether her business would be functioning the way it does without the aid of digital tech, and her simple response was no, as she stated, “What we wanted to do is to reach all modest dressers globally, regardless of why they do so and smash a little bit of a stereotype around modesty — that it’s about a particular religion or one particular culture or religion.”

Technology has allowed businesses like TheModist.com to go far beyond the region, making it inclusive enough to capture an international market. Guenez also added, “For us it was very important to be able to reach a large audience — from Indonesia to the Middle East all the way to America — to ensure that this positioning was clear. And so e-commerce was crucial for us in the way we launched the business.”

The CEO of a sport technology company, Futurous, Philippe Blanchard also took to the stage and spoke about the relationship between humans and technology, elaborating, “We cannot be in a situation where we are setting new sets of rules, policies and tools and we expect that artificial intelligence will substitute human intelligence and responsibility. It is our collective responsibility to keep our humanity and to make sure we are not becoming dependent or unaccountable.”

The event had a strong focus on how it is imperative for culture, fashion and business acumen to go hand in hand in order to propel society into the future and overcome the challenges that Saudi Arabian designers are facing in producing their designs within the KSA.

Guest speaker, Princess Norah, the founder of Nuun Jewels, stated, “For me ‘Made in KSA’ is about the ability to manufacture in the same place that I work and live, and to have the structures that allow me to do so. I am talking about having training, infrastructure, and workshops creating essentially an industry that does not exist at this time. I think in terms of design in Saudi Arabia you are talking about creating industries that do not exist and that’s a big job. That’s huge!” She also encouraged the notion that the fashion community must work collectively in order to achieve such a target.

Saudi designer, Reem Al-Kanhal was in support of Princess Norah’s initiative to be able to produce designs locally, and spoke about how she managed to make this a possibility for herself, “I insisted ever since the day I started that I want ‘made in KSA,’ and I did it. I had one of my collections distributed in some Gulf cities and the label said ‘made in KSA. ‘It was really difficult, and I took a longer time to finish the collection, but I found out that it’s like a ripple effect; you see everything in front of you. We have a lot of local tailors who cannot find jobs because there are no factories, and as a designer I need investors and I need a whole team,” she said as she also addressed how to create more jobs for skilled workers who are currently out of work.

The fashion industry is coming to life in Saudi Arabia and there is much buzz around emerging young designers and those already established. Fashion Weeks are being held in the kingdom to encourage industry growth. Founder and designer of Saudi menswear label, Toby, Hatem Alakeel, shared his personal concerns about what Saudi designers are facing, “We are forced to become industrialists. We, as designers, find ourselves wearing too many hats; we have to become entrepreneurs, we have to think of ROI (return on investment), we have to think about all these details,” he said. Alakeel also added, “We are having so many fashion weeks in the country but we are not getting solutions. I always have to go out of the country to manufacture when I we would like to be able to manufacture where we are; logistically and cost-wise it makes more sense.”

Director of Middle East Bain & Co, Cyrille Fabre discussed the problem that there was a lack of local brands in Saudi Arabia, and compared the kingdom to western countries, “In France, Italy or the UK almost everybody would be wearing a brand from their own country. You go to the mall in France or UK and at least 60 percent or more of the mall would be national brands.”

Reem, Princess Norah and Hatem Alakeel continued the discussion by highlighting the importance of changing the mindset of consumers in making them more open to purchasing locally manufactured garments. All of the panelists at the Made in KSA event agreed that working collaboratively would be the only way to change perceptions of fashion within the kingdom. 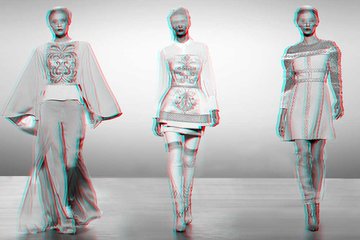 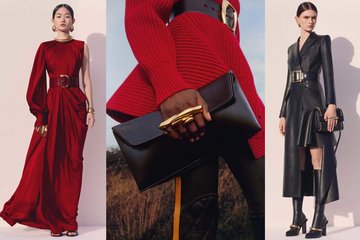 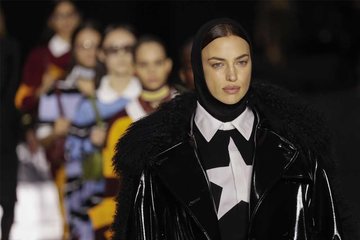 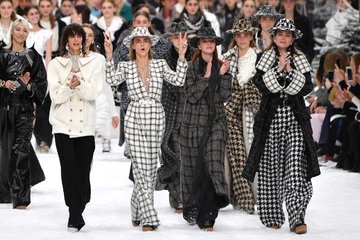 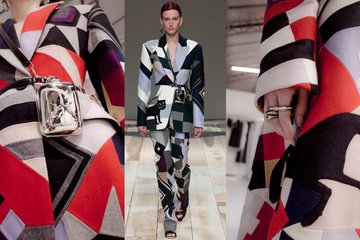 Get Crafty With Alexander McQueen Creators…Again