For 18 Years, This Saudi Doctor Has Been Travelling The World Treating Patients 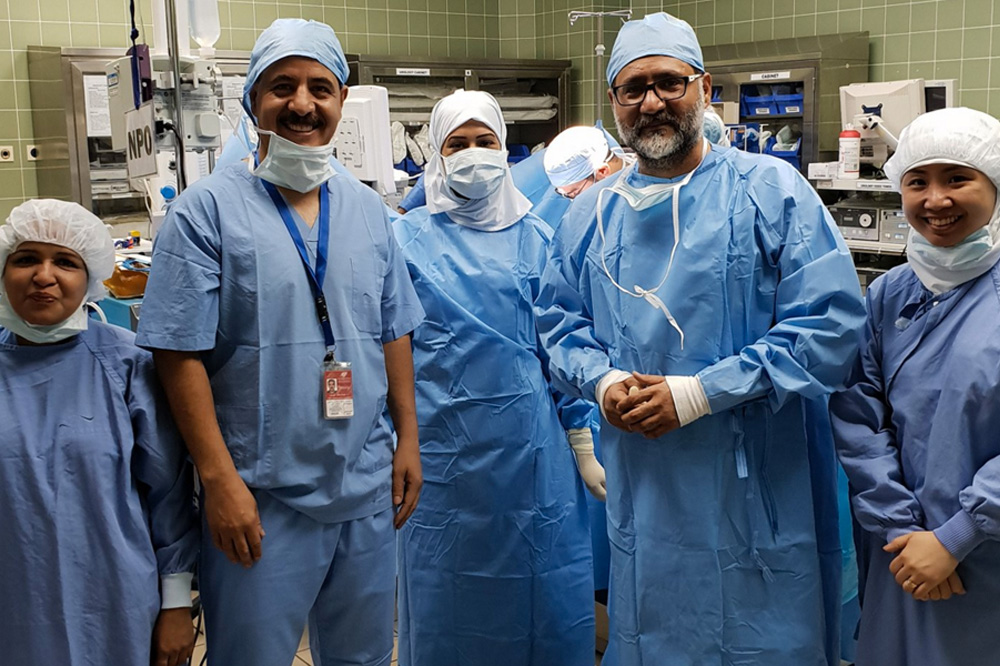 For almost two decades, one endoscopic surgeon from Saudi Arabia has been flying across the globe, volunteering his free time to giving treatment to patients in different countries. Dr. Khalid Al-Otaibi, who is also a consultant urologist and nephrologist, is widely known in Saudi Arabia as the first surgeon to perform renal nephropathy operation in the region back in 1996, according to Saudi Gazette.

Speaking to Al Arabiya English, Dr. Al-Otaibi explained that he believes a doctor “who volunteers to reach out to patients is more compassionate than those who make patients wait for appointments and bear the burden of traveling to clinics.” He also explained to the news site that, upon returning from Canada in 1996, he started traveling locally within the Kingdom to hospitals, visiting patients in Asir, Hail, and Riyadh, and then decided to dedicate most of his annual leave to visiting patients outside Saudi Arabia as well.

“In those periods, I would take leave to travel outside the Kingdom to conduct operations. I visited Sudan, Sierra Leone and the Comoros. We were a group of doctors. We set up a surgical camp that includes a number of specializations in coordination with the host country and we worked 12 hours a day despite the difficulty of the place and the underdeveloped equipment […] It is true that the doctor would still benefit his patients in his clinic, but reaching out to different segments of people benefits not only the patient, but even the doctor, who acquires experiences and deals with diseases and situations he may not have dealt with before,” he said.

Dr. Al-Otaibi is one of many Saudi doctors who work outside Saudi Arabia treating patients across the world. Earlier this year, for instance, five Saudi doctors who specialize in eye surgery headed to Nigeria where they performed over 500 operations within seven days as part of a Saudi medical convoy in cooperation with the World Assembly of Muslim Youth. Also, this year in September, a heart surgery and cardiology team headed to Tanzania to treat almost 200 heart patients.