The Nobel Peace Prize winner escaped her ISIS captors to become a powerful advocate for change. 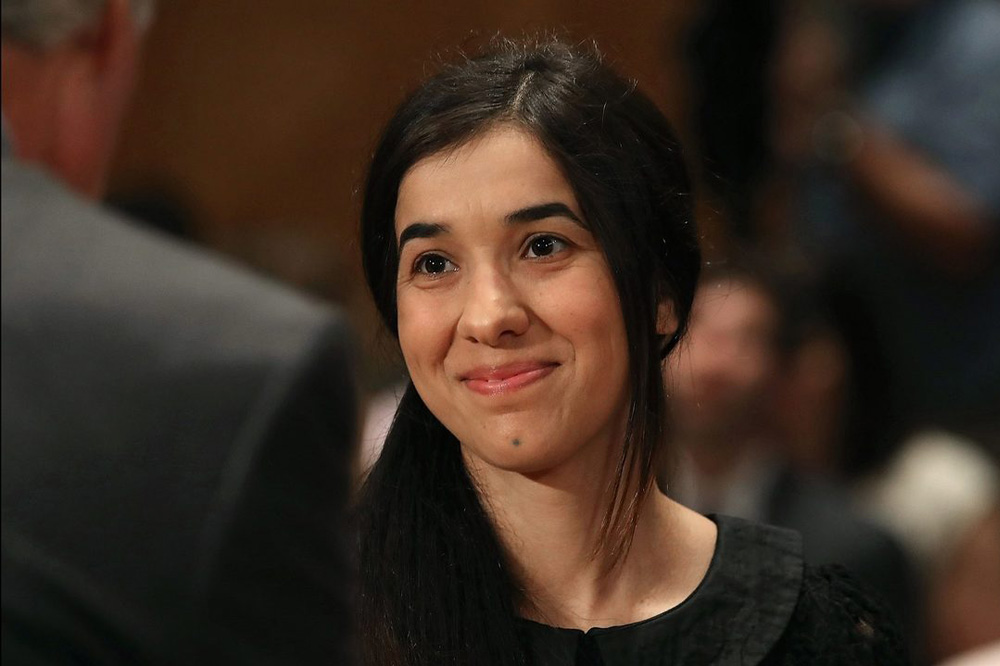 Nadia Murad Basee Taha witnessed ISIS militants attack her village and kill family members as they tried to ethnically cleanse Iraq of all Yazidis. She was then kidnapped and forced to become a sex slave. So after managing to escape, she made it her mission to start a globe-spanning campaign to speak out about the crimes the Islamic State was committing against her people.

The 24-year-old from Kocho in Sinjar, northern Iraq, set up meetings with regional and global political leaders and spoke to governing bodies around the world. Frustrated and tired at the lack of concrete results, Nadia, who spoke at the UN, never gave up and kept pushing harder. She continued showing up at every platform she could to lobby for the Yazidi people and for all women who are victimised in wars. The inspirational activist also created Nadia’s Initiative, an organisation dedicated to "helping women and children victimised by genocide, mass atrocities and human trafficking to heal and rebuild their lives and communities.” Thankfully, all her hard work paid off because as she helped the UN’s investigation into ISIS’s atrocities, Nadia became instrumental to understanding and defeating the Islamic State in Iraq. 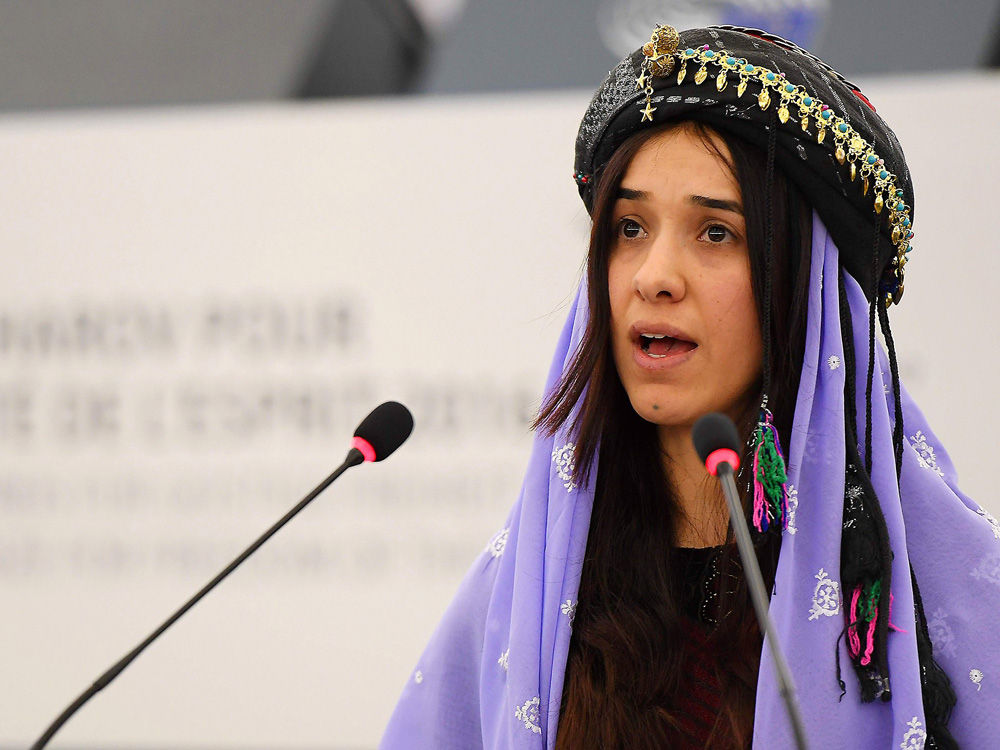 Her efforts to end sexual violence as a weapon of war recently earned her the 2018 Nobel Peace Prize alongside Congolese gynaecologist Dr Denis Mukwege, who treats victims of rape. “I share this award with all Yazidis, with all the Iraqis, Kurds, and all the minorities and all survivors of sexual violence around the world,” Nadia, the first Iraqi to win the prize, told Reuters. She is also the UN's first Goodwill Ambassador for the Dignity of Survivors of Human Trafficking and the recipient of the Sakharov Prize, Vaclav Havel Human Rights Prize and a Goalkeepers Global Goals Awards 2018 winner, amongst others.

As a Nobel Laureate, Nadia has the highest platform to fight for her causes, recently meeting the likes of Emmanuel Macron and Mike Pence. Now ISIS has been driven out of Iraq, she works on projects like the Sinjar Action Fund. By redeveloping Sinjar, she aims to help Yazidis return to their ancient homeland. Nadia, who had dreams of being a make-up artist and hopes to go back to Iraq one day, also calls for the prosecution of the perpetrators of crimes against the Yazidis. The religious minority she is from preserves pre-Islamic and pre-Zoroastrian traditions and has faced genocidal campaigns and discrimination over many centuries. She helps other communities in crisis too. 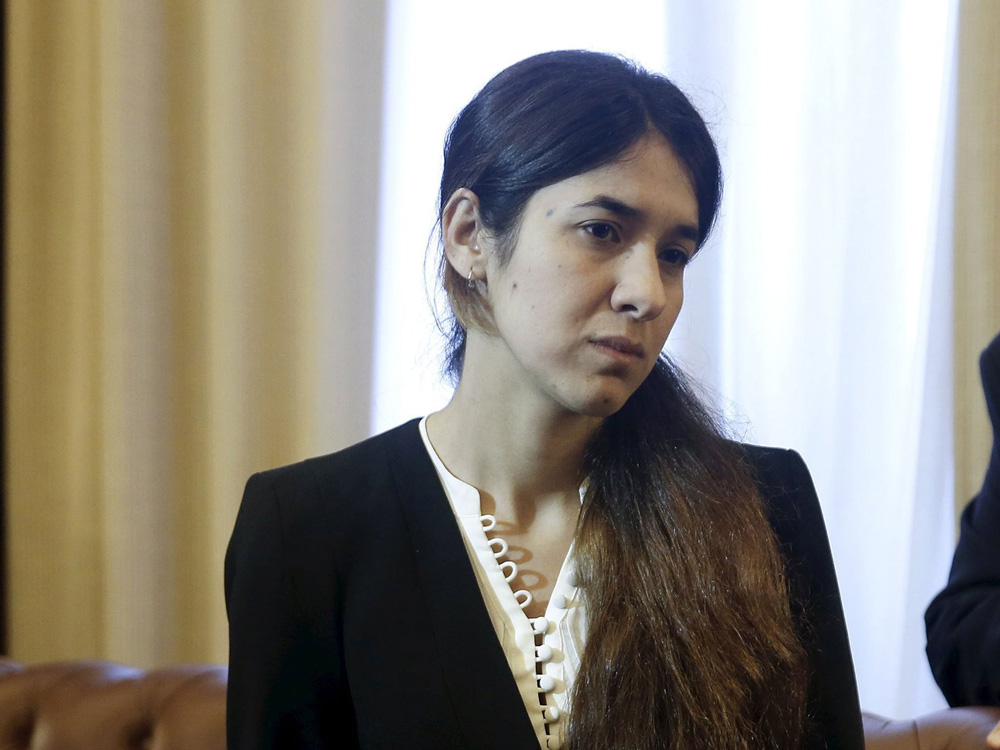 Nadia is also dedicated to helping the Yazidi women and children who are still in captivity in Syria. Her courage and resilience while campaigning against the violence and abuse of women is likely to inspire other females to be more open and speak out. If more women can take a stand against oppression and fight for the survival of others, despite the fears and traumas they’ve been through, it could really make a difference. “Nadia Murad is herself a victim of war crimes. She refused to accept the social codes that require women to remain silent and ashamed of the abuses to which they have been subjected,” the Norwegian Nobel Committee said in a statement. “She has shown uncommon courage in recounting her own sufferings and speaking up on behalf of other victims.”

Nadia’s Story
Now engaged to Abid Shamdeen, a fellow Yazidi human rights activist, Nadia shared her story in her “New York Times” bestselling memoir called “The Last Girl,” which is available in several languages. After Yazidis in her area refused to convert to Islam, horrific things took place, with Murad losing her mother and six brothers. She was abducted by ISIS with her sisters and other Yazidi women and taken to Mosul, where she was repeatedly beaten, raped and endured horrendous abuse for months. After finding the door unlocked one day, she escaped to a neighbouring Sunni Iraqi family that helped smuggle her away so she could reach a camp. She eventually made it to Germany with the aid of a Yazidi refugee aid organisation. Human rights lawyer Amal Clooney later became involved in her case. 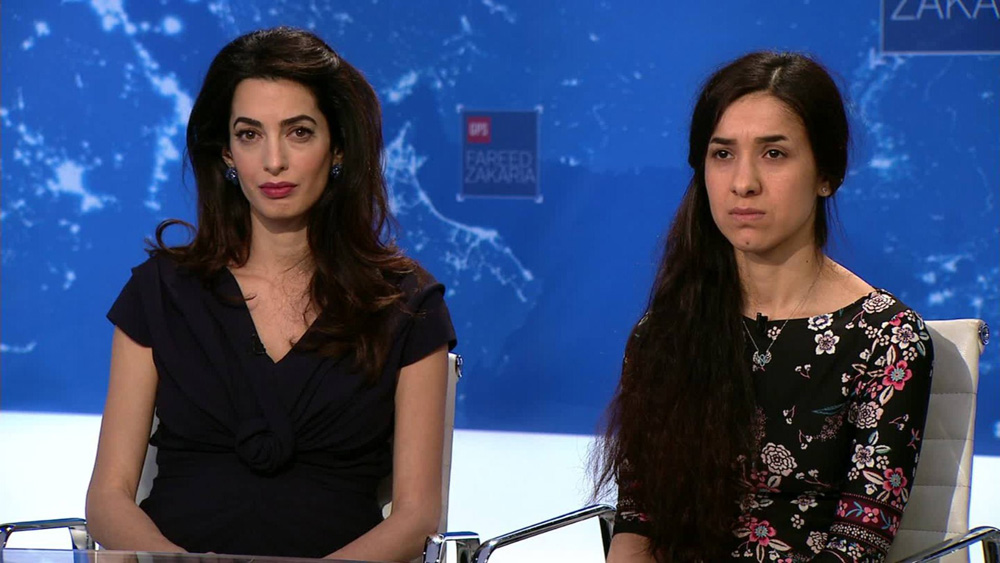