Moschino x H&M: Are You Ready for the Greatly Anticipated Collaboration?

Thanks to the runway show with an all-star lineup, we know exactly what to snap up once the collection, which makes couture more accessible, hits stores. 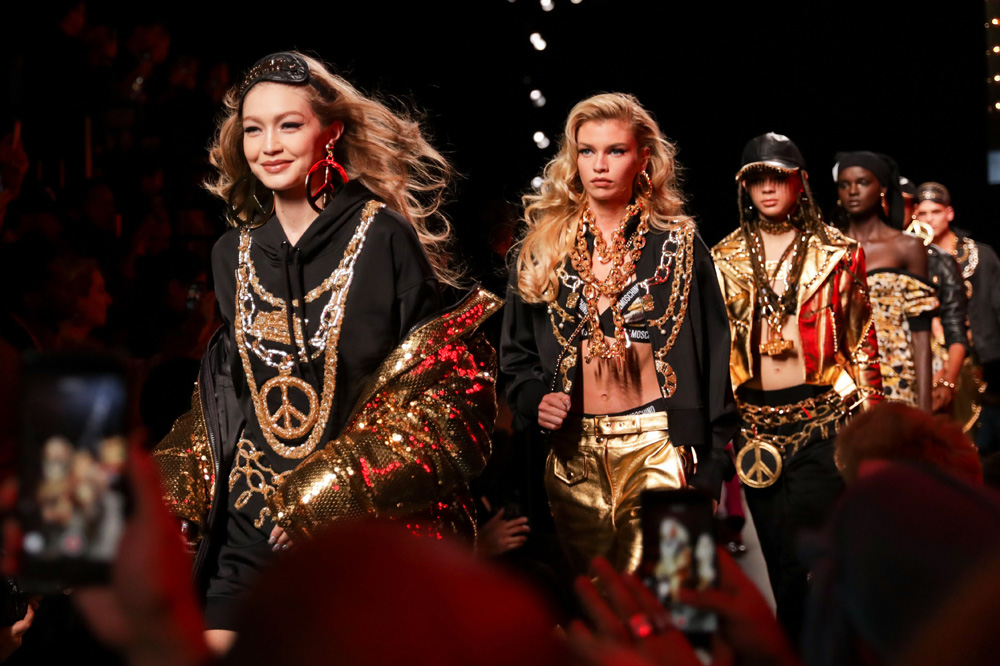 Moschino’s Creative Director Jeremy Scott is known for his offbeat, kitschy and in-your-face fashion. So during the recent runway debut in New York, the American designer’s throng of diehard fans heaved a sigh of relief when they were assured he has included lots of signature details for the brand’s latest collaboration with H&M. The Moschino x H&M collection, replete with lots and lots of gold, black, cartoon characters and pop and hip hop culture references, will be available in stores worldwide from November 8. And after we rush headlong into one of the shops, we can walk out smiling, knowing we possess a glitzy piece or two and can still afford to pay the electricity bill. 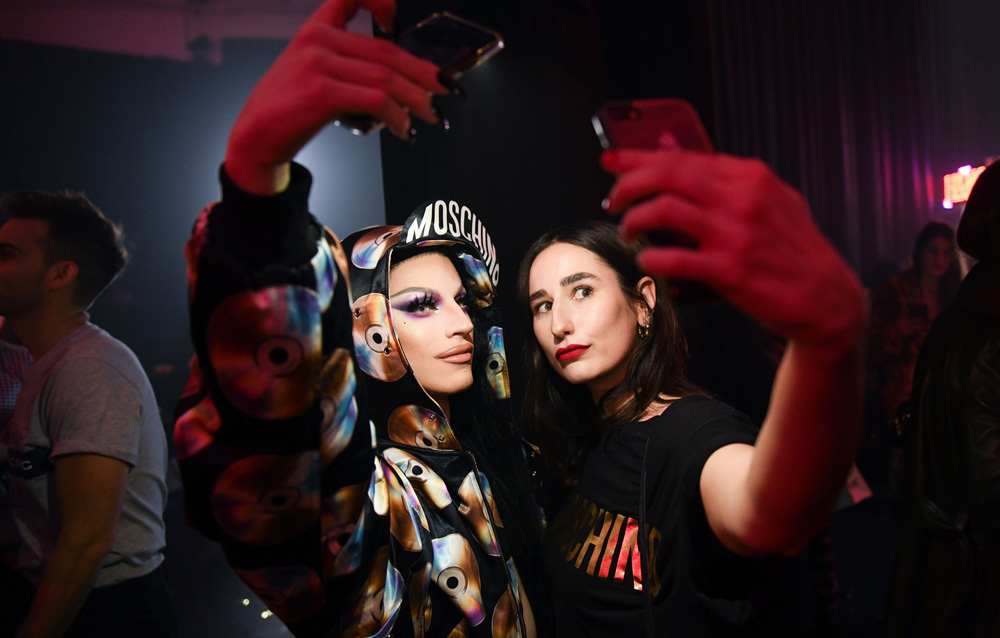 The Collection
For the show, Pier 36 became a recreation of Times Square during its MTV heyday. Details included “Moschino” written on all the billboards and light-up marquees, flashing lights, high-rise buildings, video monitors and street carts offering food favoured by New Yorkers. Once the spectacle started, models strutted down the catwalk in a mishmash of looks. A collaboration with MTV allowed Moschino to disrupt the iconic MTV logo, while Disney characters kept cropping up. Whether it was Minnie Mouse on a pink sweater dress or Donald and Daisy Duck on a knit one, they got a fresh and fun makeover.

Leather and leopard print separates were teamed with more casual pieces, including skirts. Talking of casual, we spotted hoodies, sweatshirts and stonewashed denim, while outerwear included parkas covered in graphic prints, oversized metallics, vibrant puffers and rainbow-hued faux furs. While models swaggered, metallics, chains and logos lit up practically everything, and layered gold necklaces and charms were main players too. 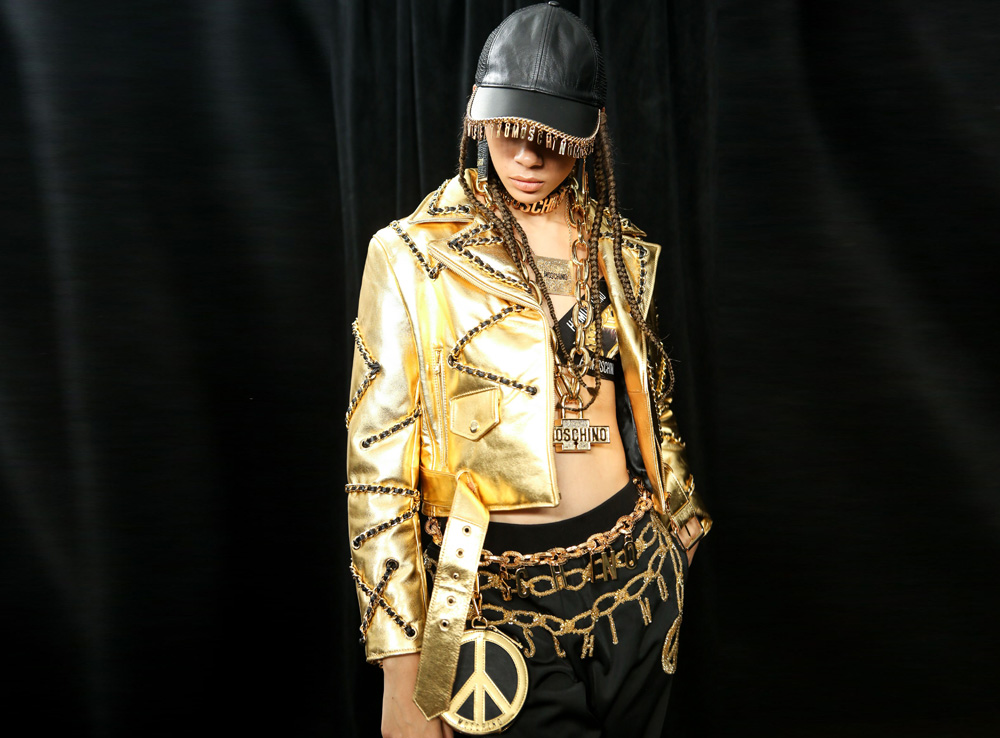 "The Moschino x H&M collection is a gift to my fans and I wanted to give them the most Moschino collection ever," Scott, who has a namesake label, said in a press release. "I tried to include all the ingredients you would expect from one of my shows — cartoon couture mixed with a street wear vibe doused with hip hop worthy amounts of bling bling to create a totally Moschino look."

Standout pieces included a denim skirt made out of a jacket, a sparkling parka dress smothered in silver sequins, a gold leather biker jacket with gold chains and a rhinestone-encrusted bustier.

The Models
Just like the collection, the model squad was gratefully diverse. While Run-DMC's “It’s Like That” played, campaign star Gigi Hadid opened the show in a black hoodie dress with gold chains, a gold puffer, over-the-knee boots and a serious stack of gold jewellery. The show reunited Hadid, who has a close relationship with Scott, with her two siblings, Anwar and Bella. The dark-haired beauty wore a sexy black leather dress. And, of course, the launch wouldn’t be complete without Naomi Campbell. The British stunner got an enthusiastic applause while closing the show in a sequinned silver dress and black knee-high quilted boots. The roster of top models also included Candice Swanepoel, Teddy Quinlivan, Joan Smalls, Stella Maxwell, Duckie Thot and Imaan Hamman.  Dilone, Jordan Barrett and Winnie Harlow also helped make it a star-studded event. 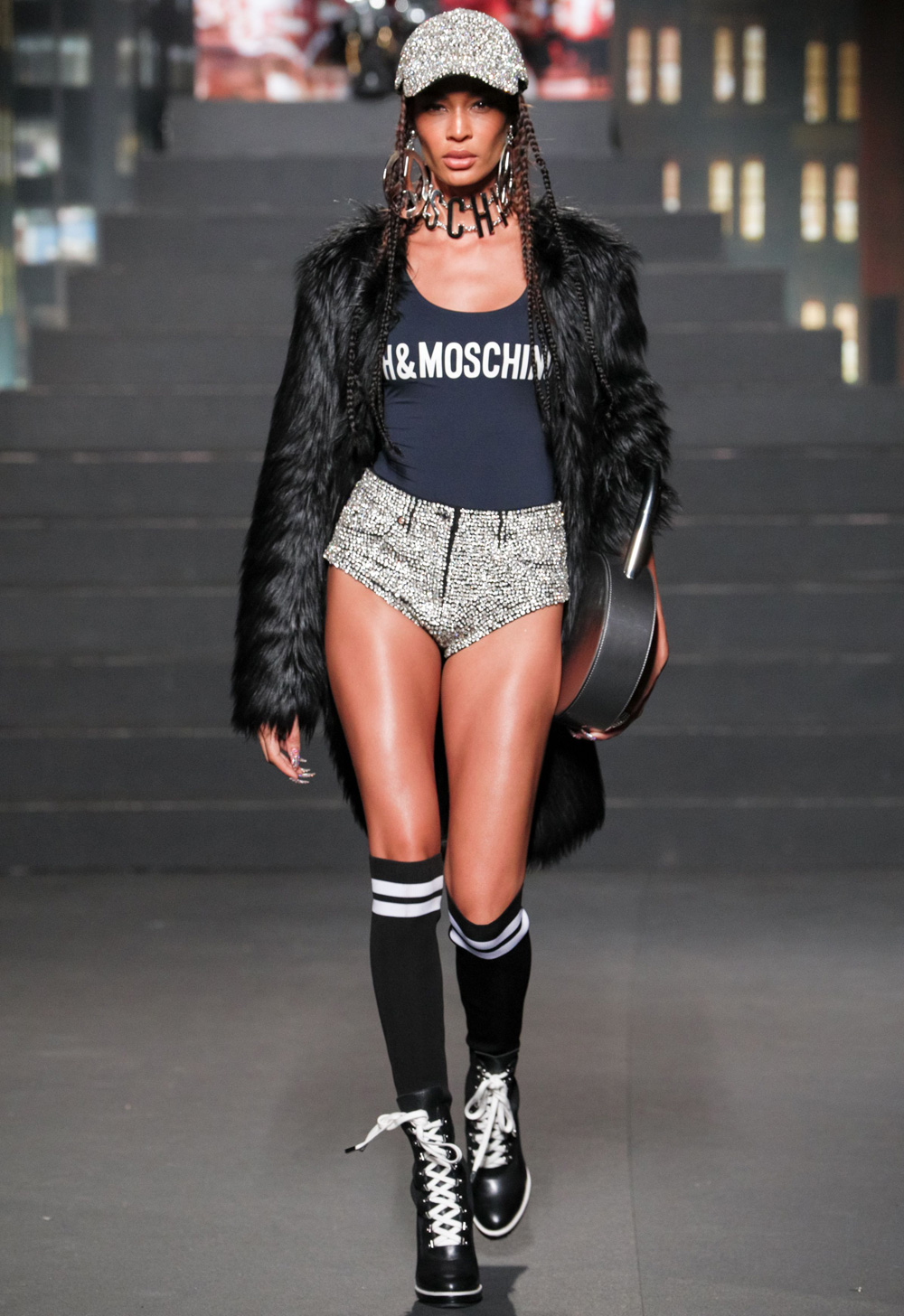 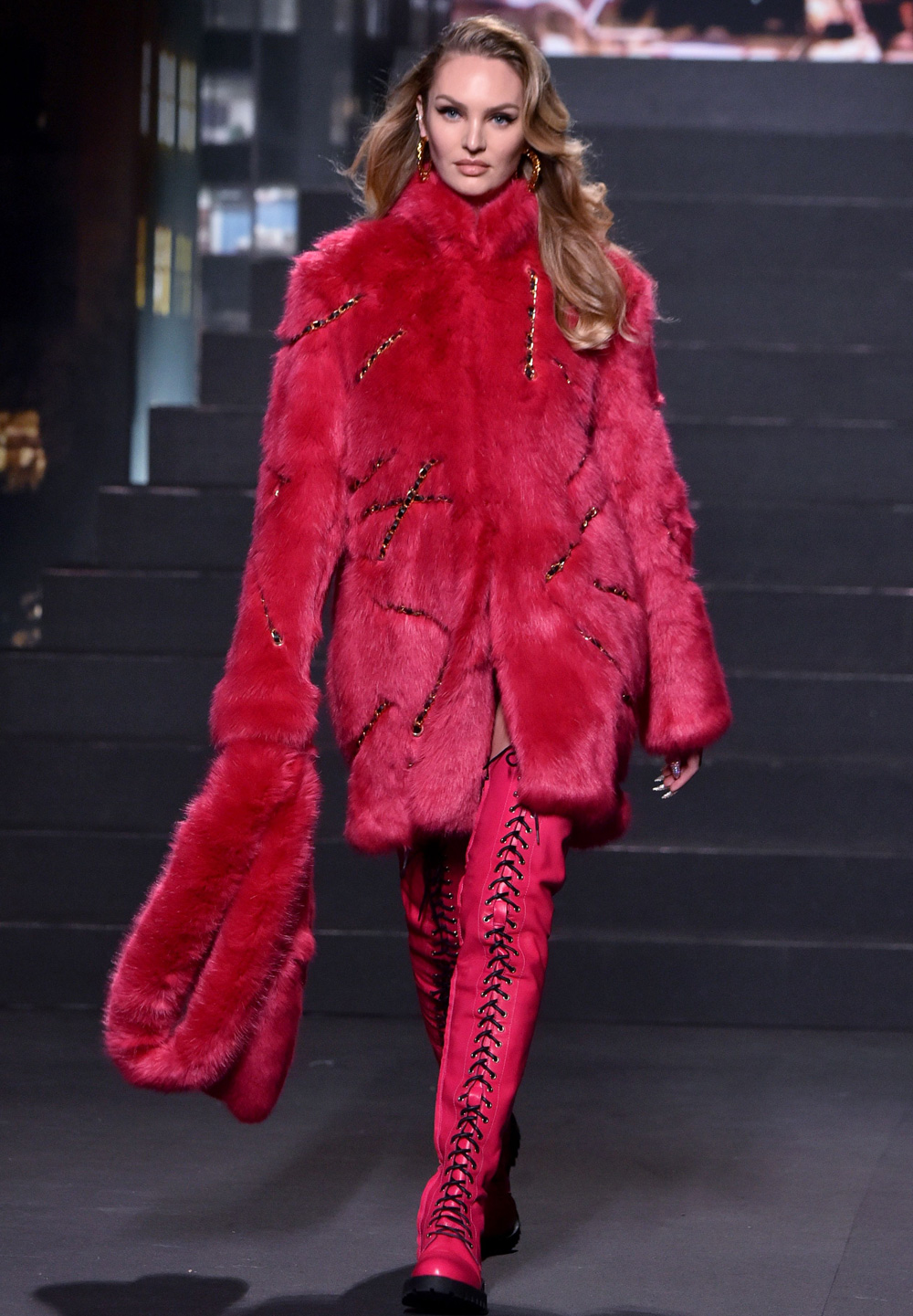 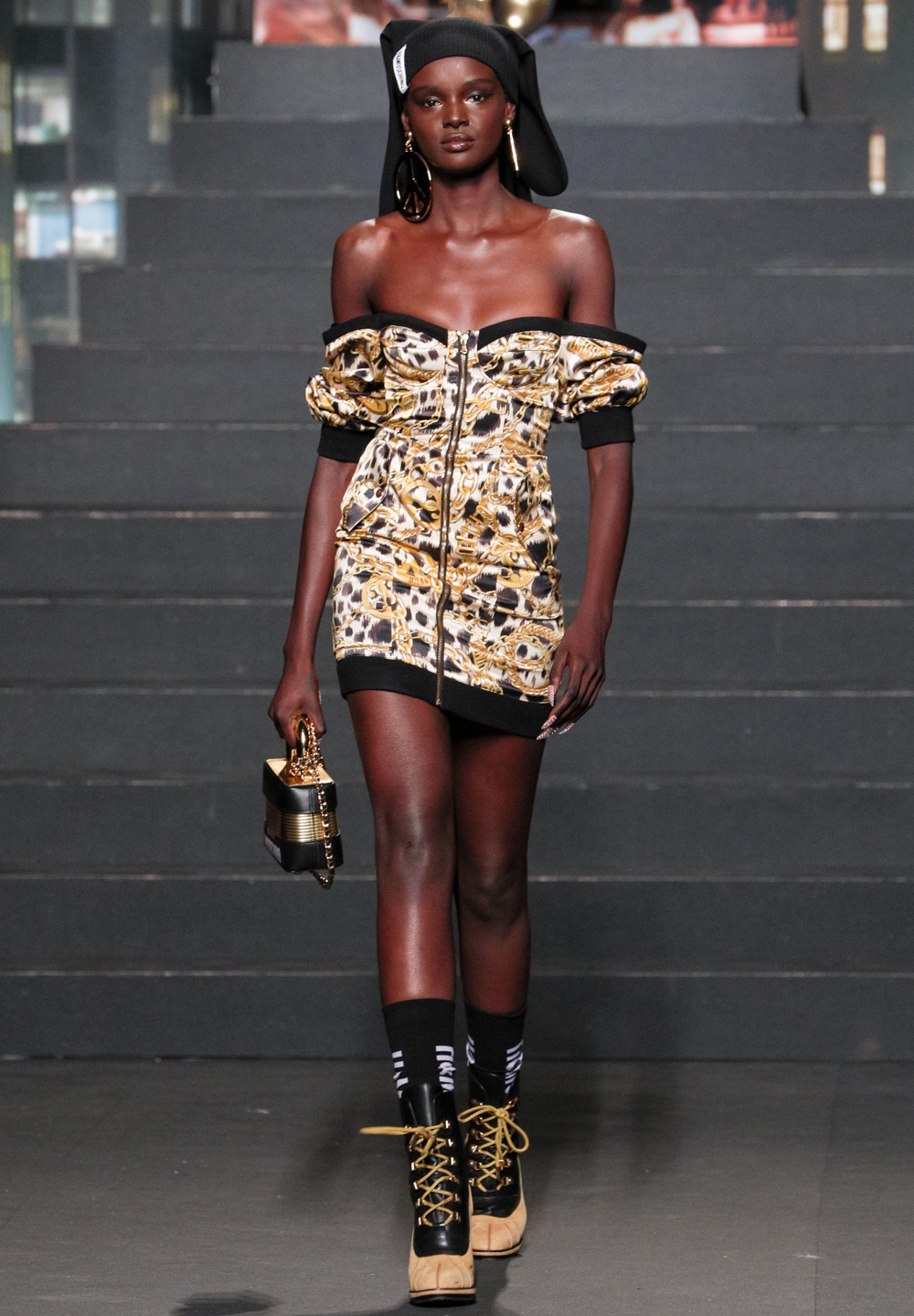 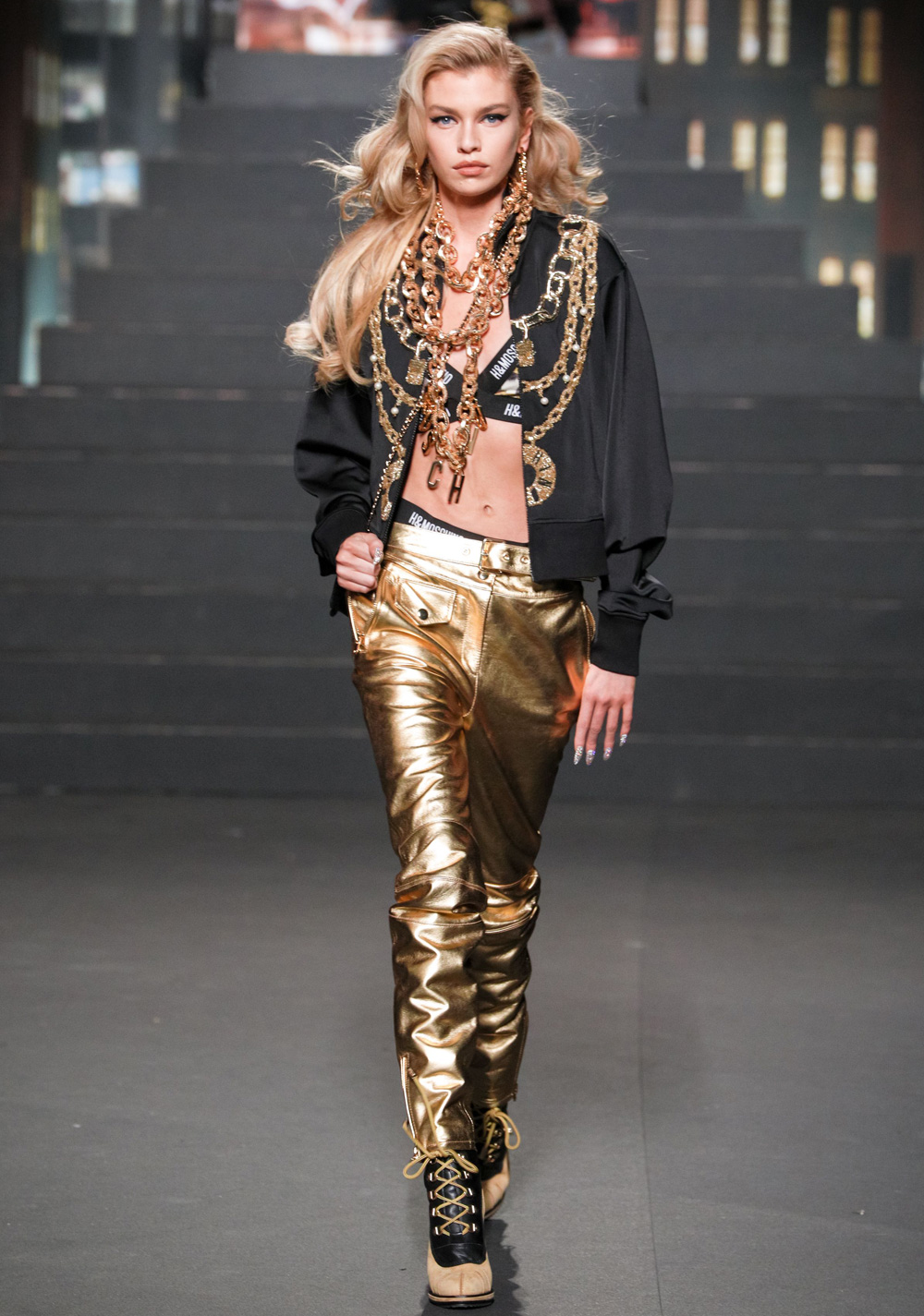 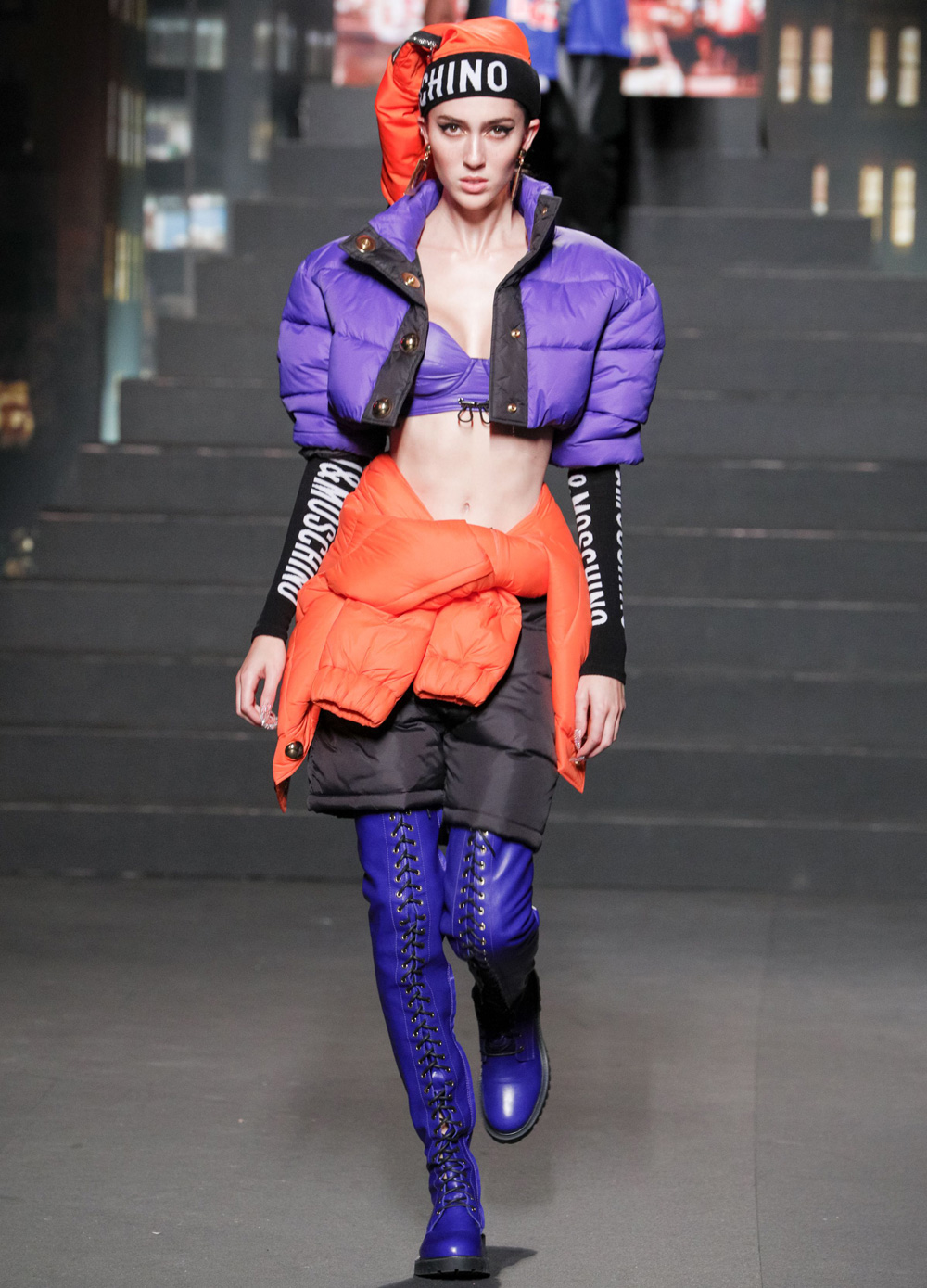 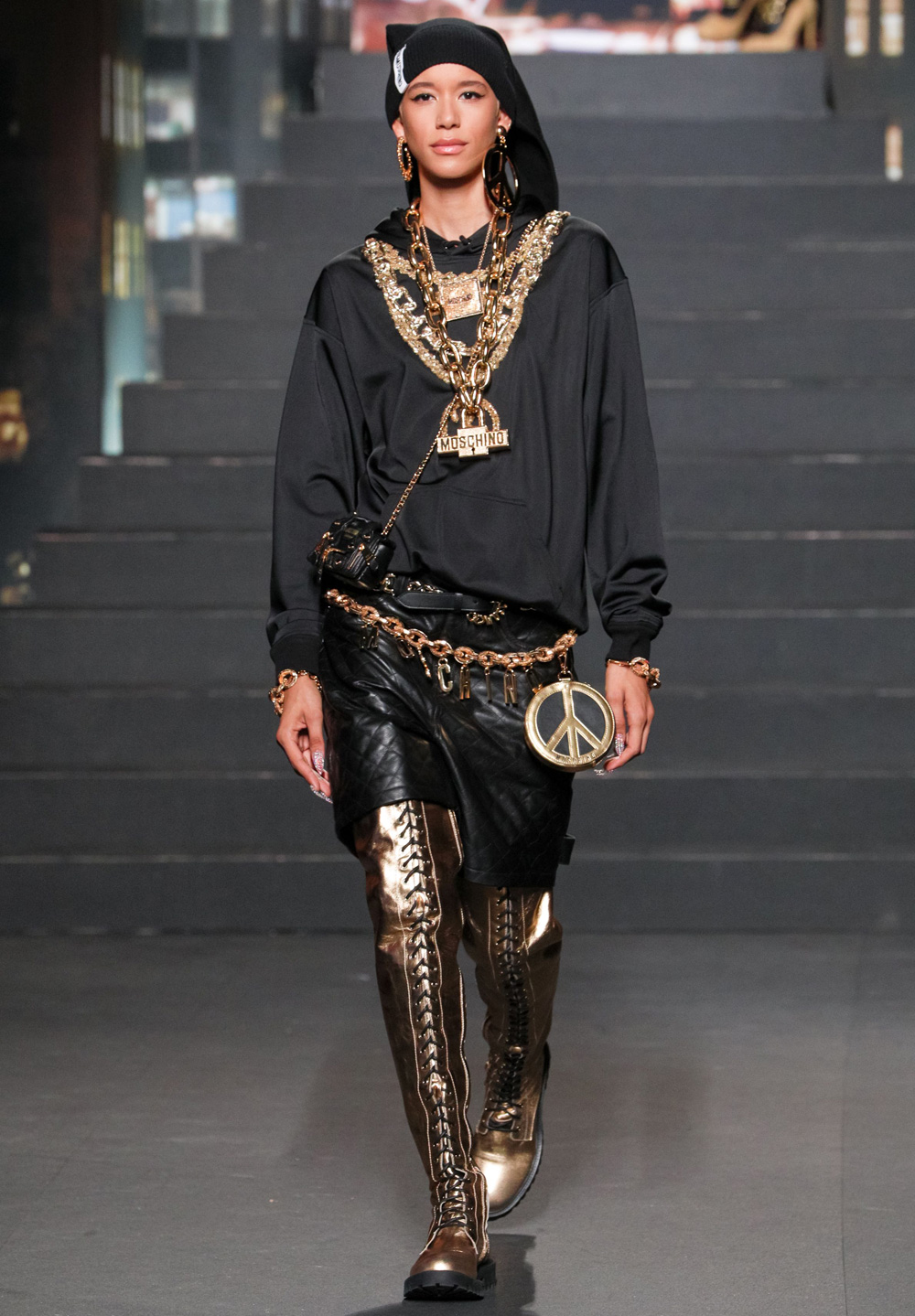 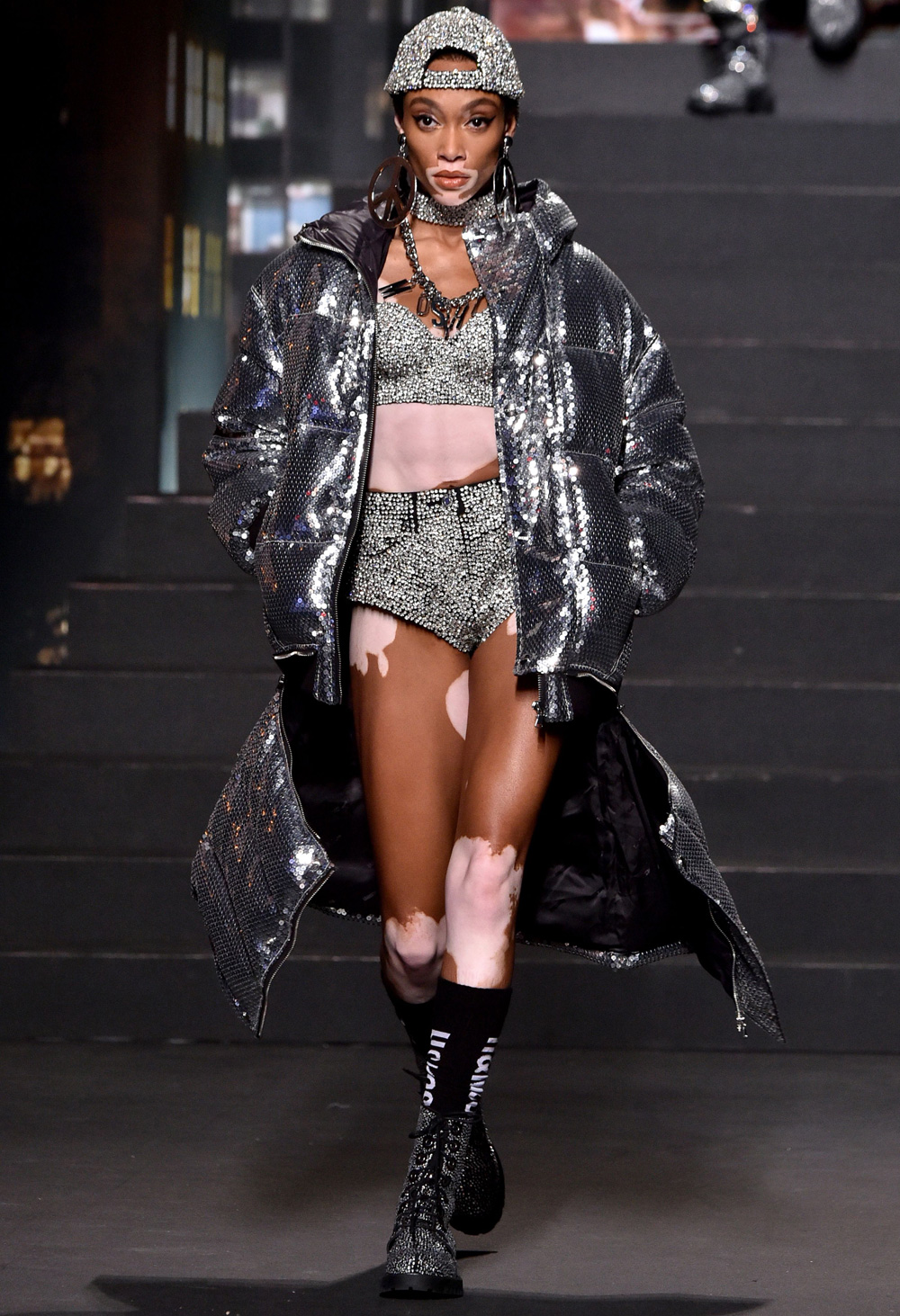 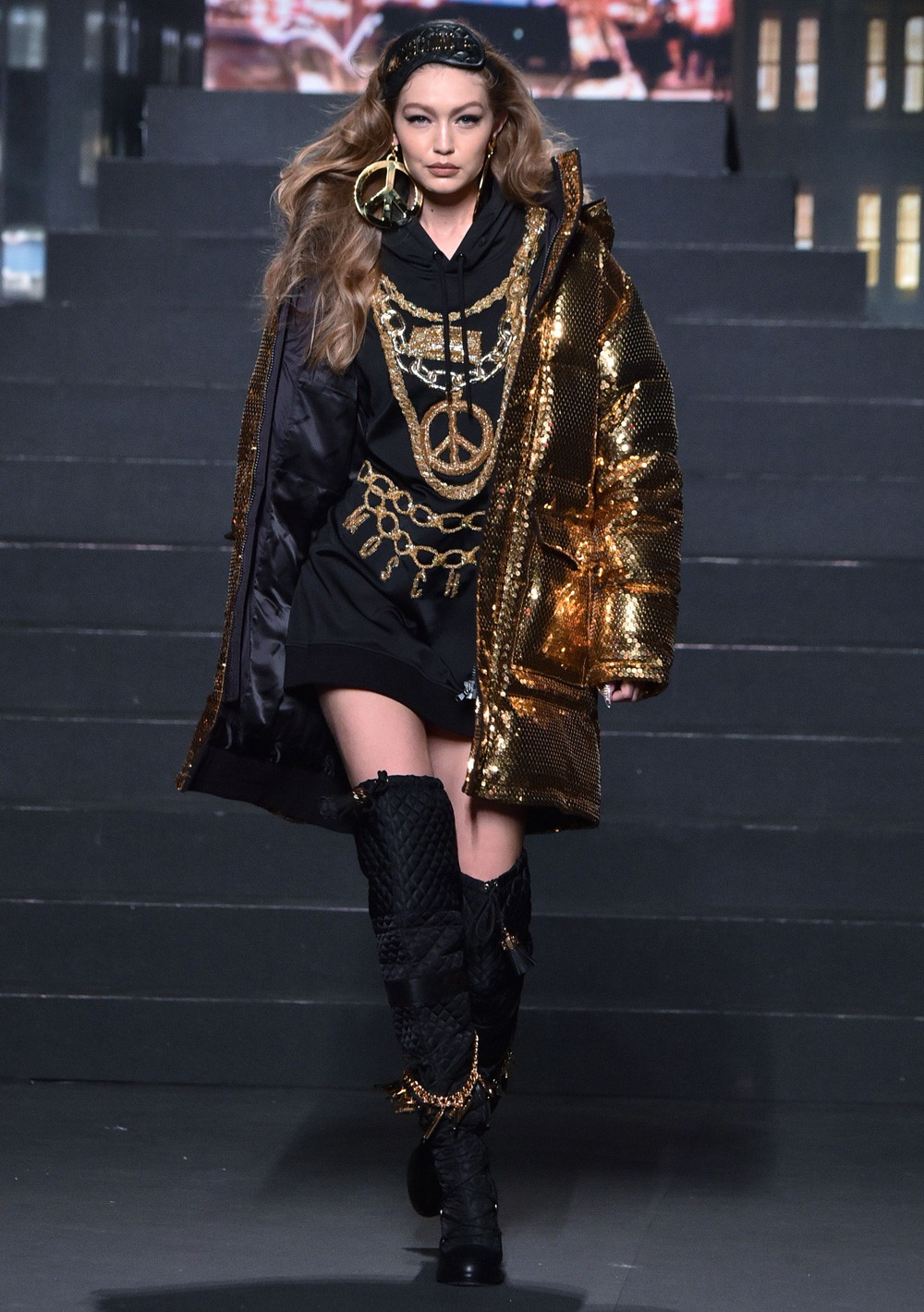 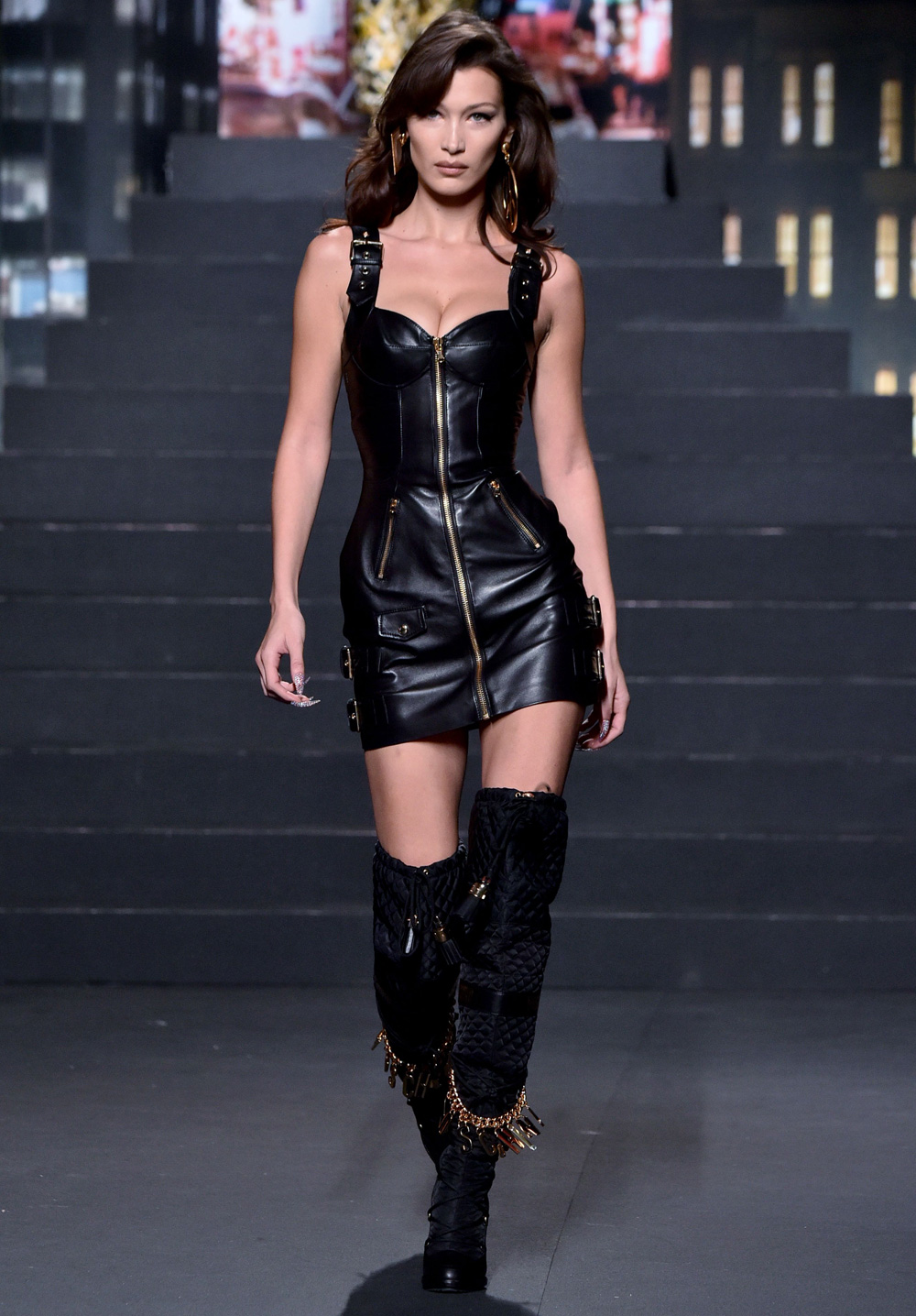 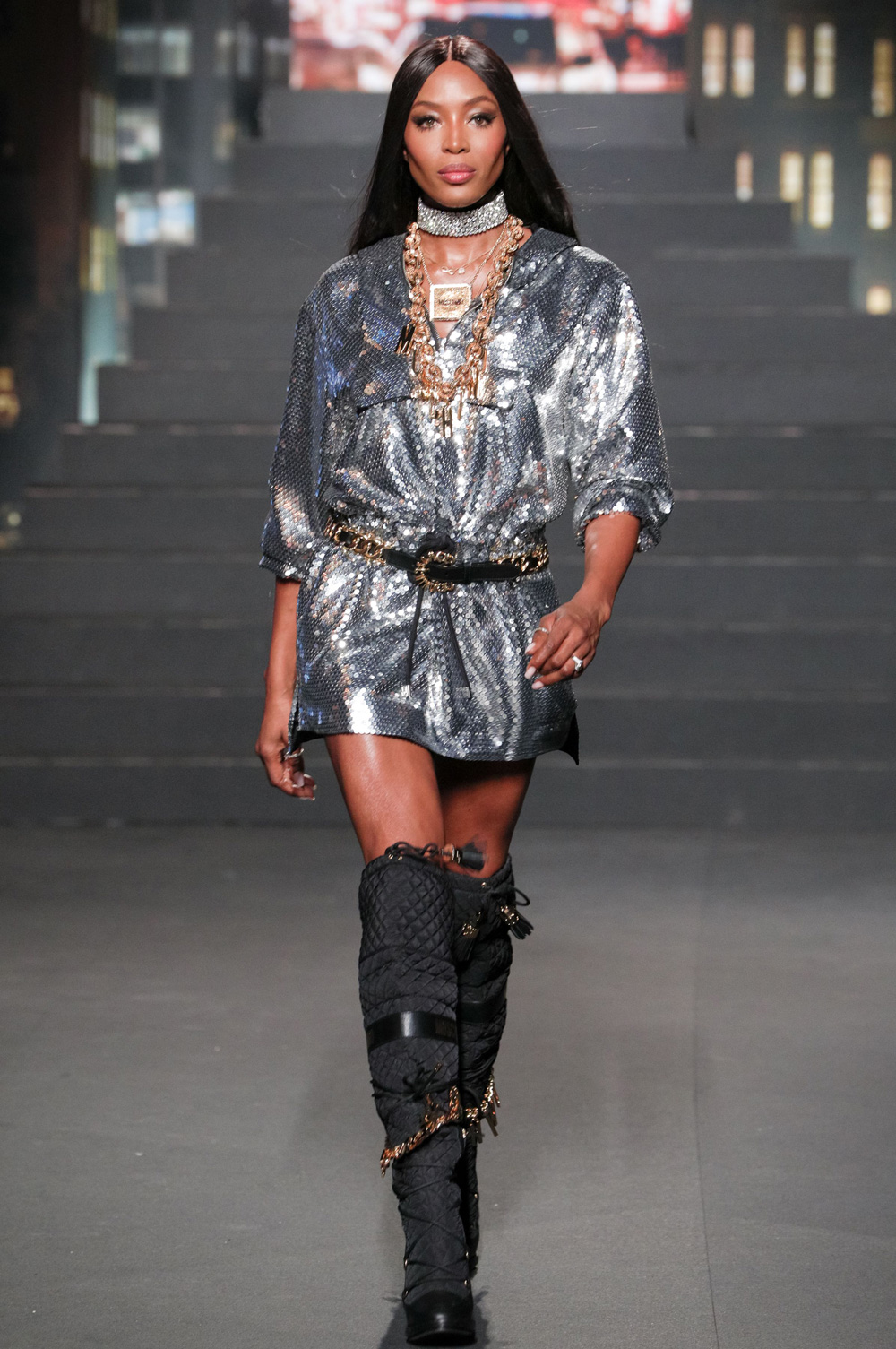 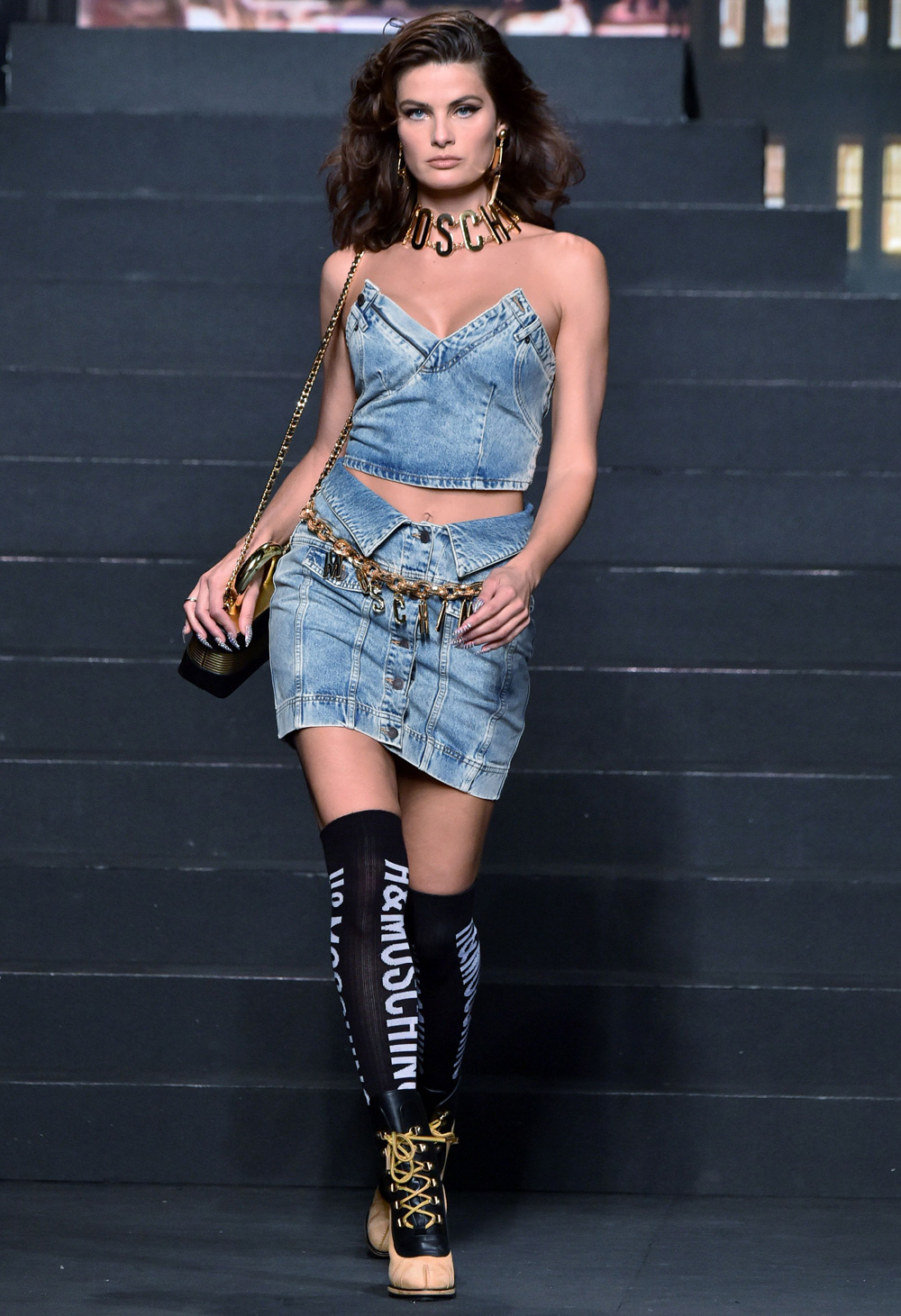 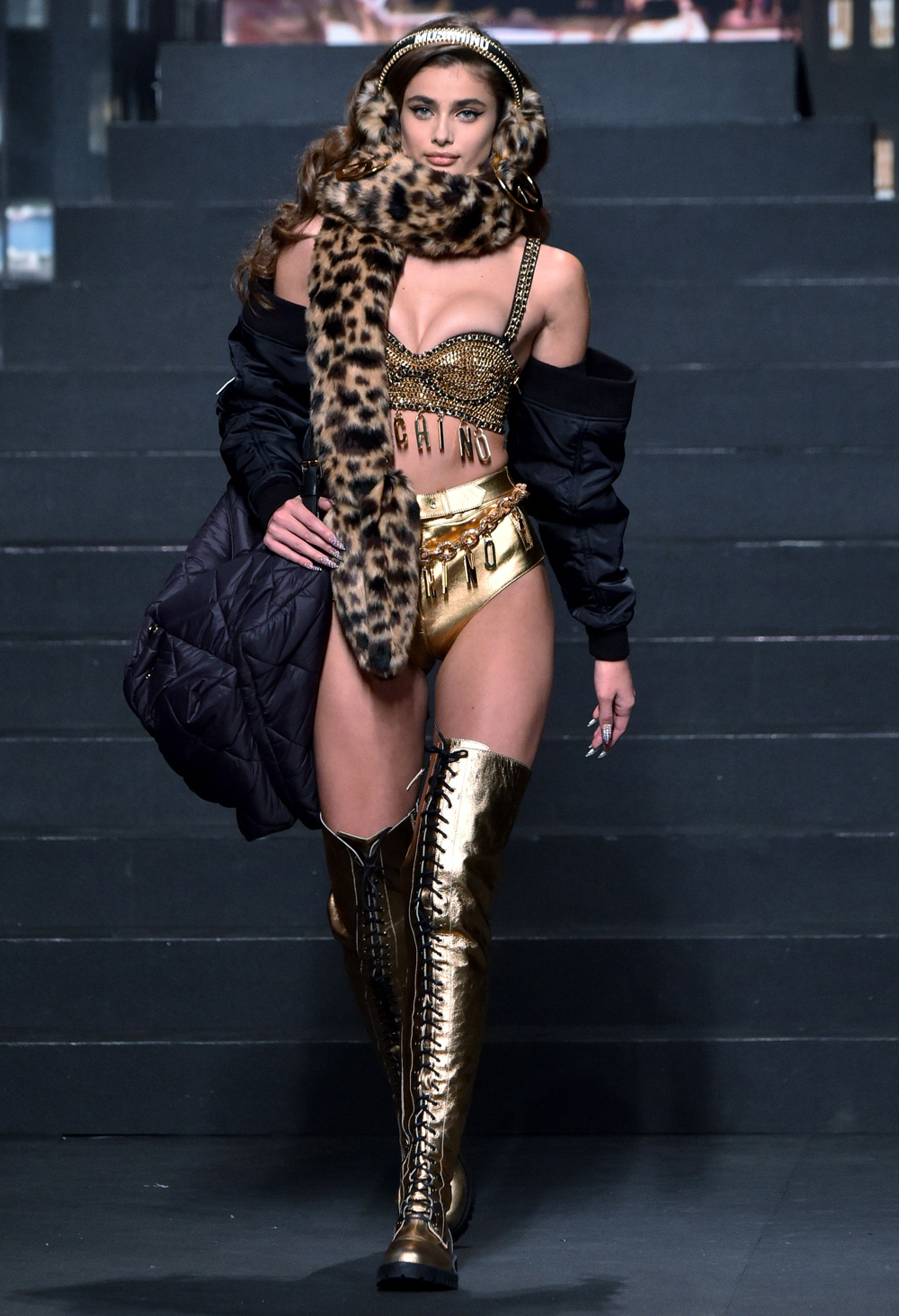 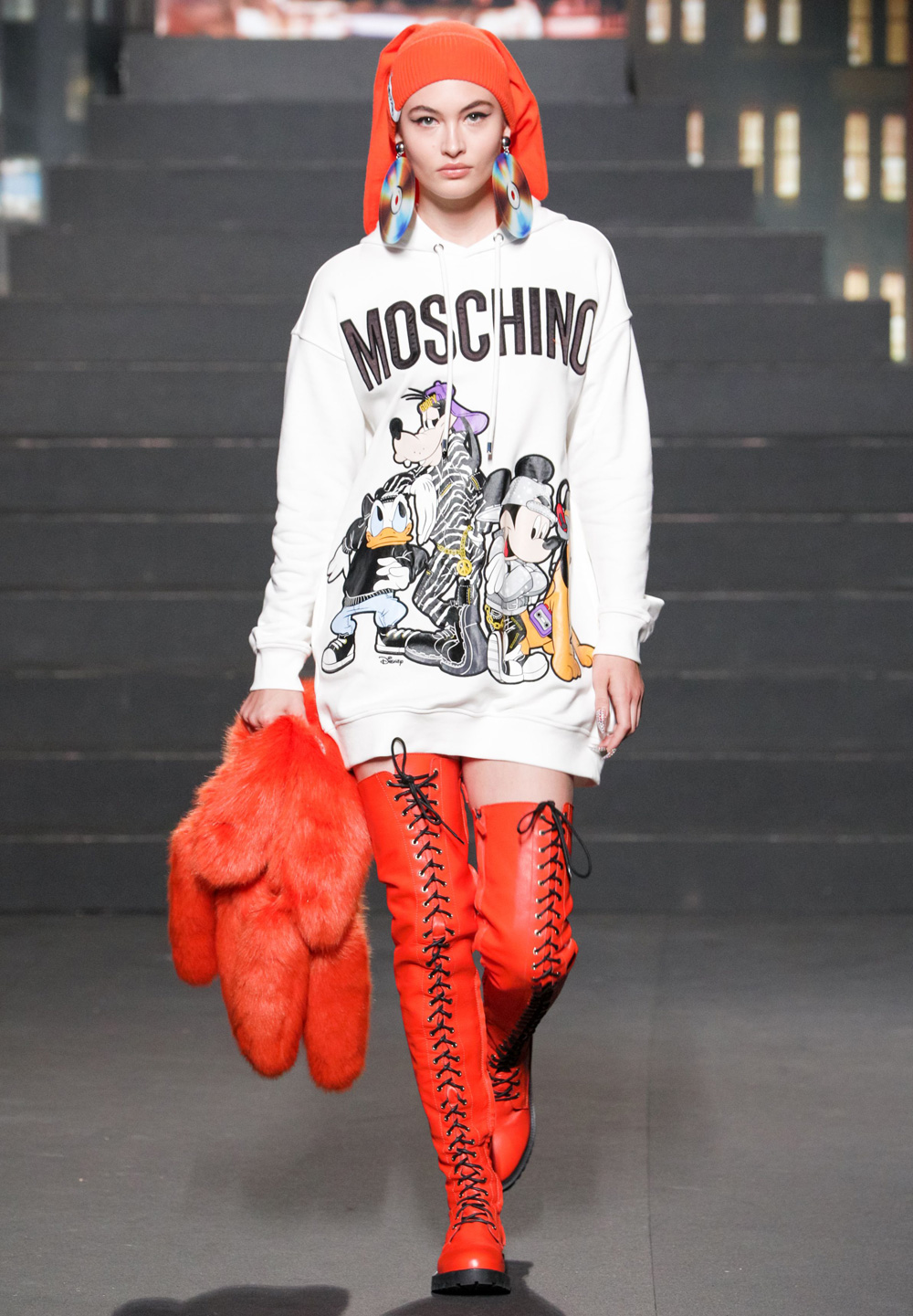 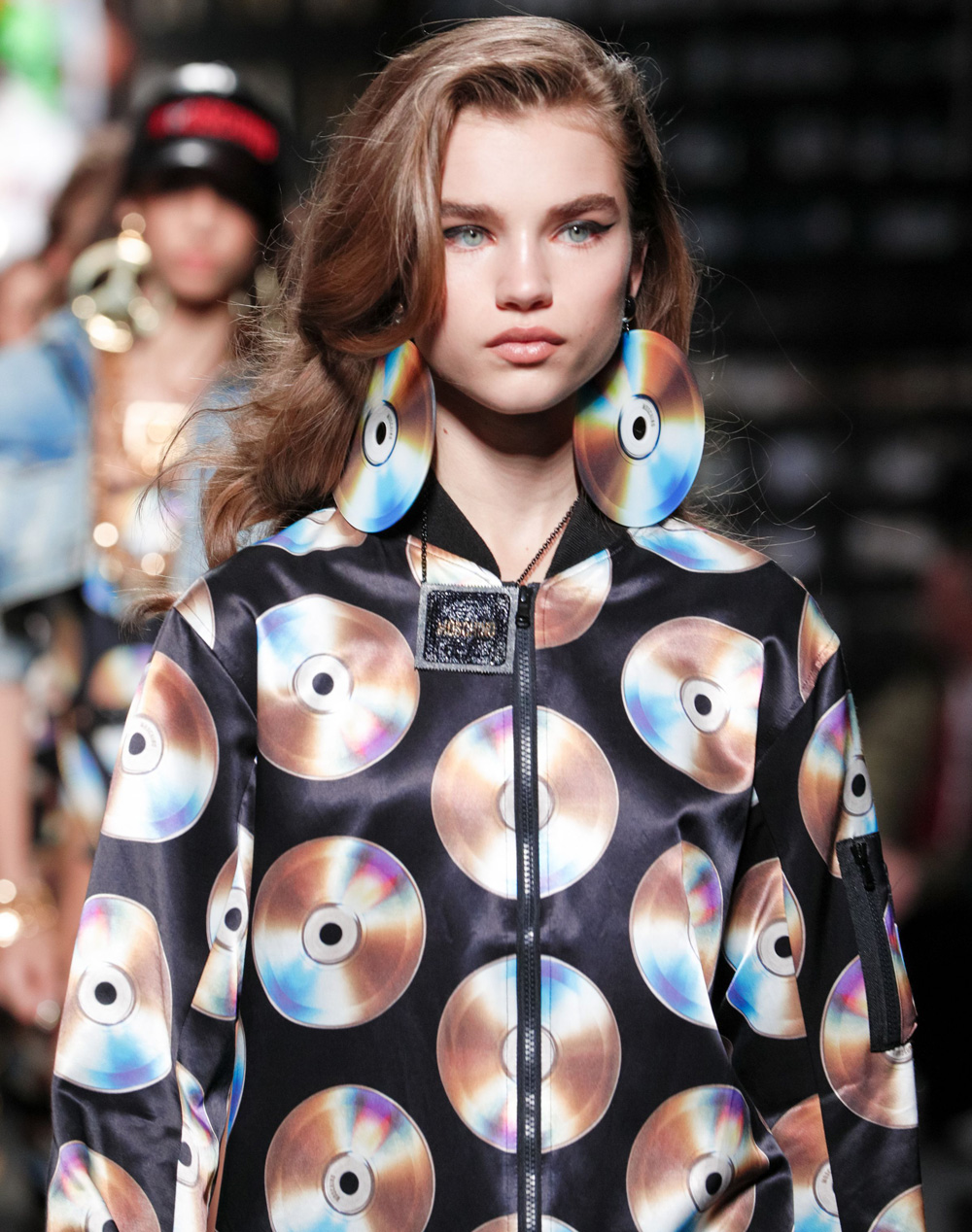