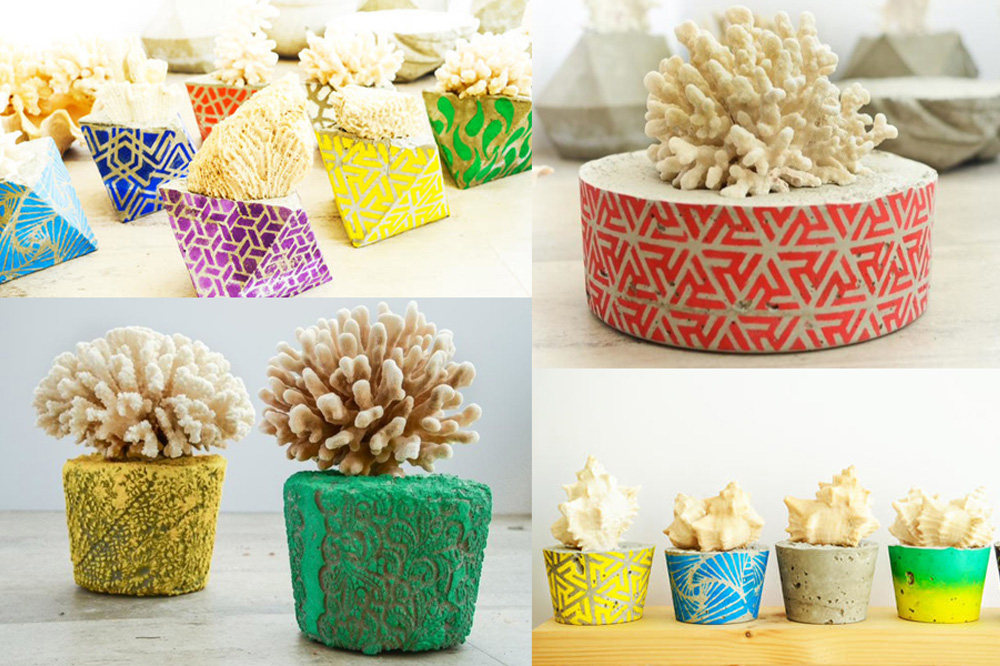 Anyone can collect unique, beautiful seashells and display them as art by nature. However, to create pieces of art constructed around stunning shells as focal points, takes a special kind of vision.

With Q by Lina, Saudi artist Lina Qummosani has succeeded in combining her deep love for the sea with her creativity to cleverly craft “not just a brand, a concept, a new definition of design that aims at broadening its horizon to a larger spectrum in the world of design.” The young notion demonstrates an innovative amalgamation of talent and an authentic style with a Red Sea flair.

The Call of the Red Sea
The legendary love affair between the people of Jeddah and the majestic Red Sea is a historic one that runs deep and Qummosani isn’t a stranger to this affair. Born and raised in Jeddah, she frequently went fishing with her father at a young age and developed her passion for the Red Sea. Eventually, she married someone she found to be just as much in love with the sea as she is. The Red Sea is very much a part of her life and shelling is what she considers a “healthy addiction,” which she shares with her children. Like her father before her, she is passing her love for the Red Sea to the next generation of her family. As the sea is an inspiring place to her, and shelling is a consuming hobby, she has expanded collecting seashells to any place she visits in the world, where she searches for precious and distinctive pieces.

When Pleasure and Work Join Forces
Her attachment to the sea in general has manifested in and is integral to her unique art pieces, which are available to view on her Instagram account, @qby.lina. Before establishing the idea for Q by Lina, Qummosani studied Art and graduated with a diploma in Interior Design. For 11 years, she worked in the field with the guidance of Layla Moussa, owner of Layla Moussa Designs. Fully appreciating the beauty and richness of the Red Sea and enthusiastic to add to her collection, Qummosani collected shells from construction sites while working as an interior designer. It disheartened her to notice the amount of dead corals around the coastline and nearby the sites.

That is when she began “experimenting with different materials to bring the best out of the dead corals, which ended up being a three-month process of cleaning, washing, bleaching and dying to revive these lifeless corals into works of art.” Soon, she realised that in addition to her impressive collection of seashells, she had more coral in her possession. In time, she eventually began receiving suggestions from people around her to use them artistically. She already had a love for concrete that she utilised to be more creative and expressive with her shell art. As a result, she experimented with two pieces and was met with enough encouraging feedback that she was eager and motivated to establish her new concept and that was the birth of Q by Lina.

A World Of Inspirational Choices
Qummosani explains she does not confine herself artistically. “Anything that inspires me is transformed into a piece of art,” she says. She has worked with concrete, paint, corals, shells, as well as flowers, plants, candles and cacti. However, she began by making planters with concrete in different sizes with unique and brilliant designs displayed on them, as she noticed the market is lacking in options when it comes to such things.

The artist’s work is a combination of vivid colours, geometric patterns, dense concrete and unique shells, or corals that result in a sophisticated bouquet of originality. So, if you are looking to add a touch of the Red Sea to your home, office, or even poolside in an artistic way, check out Q by Lina for elegant pieces and enjoy natural beauty enhanced by Qummosani’s skilled hands and vision.