For their first ever show in Dubai, the design duo, who never disappoint while putting on a performance, showcased special pieces made for the region. 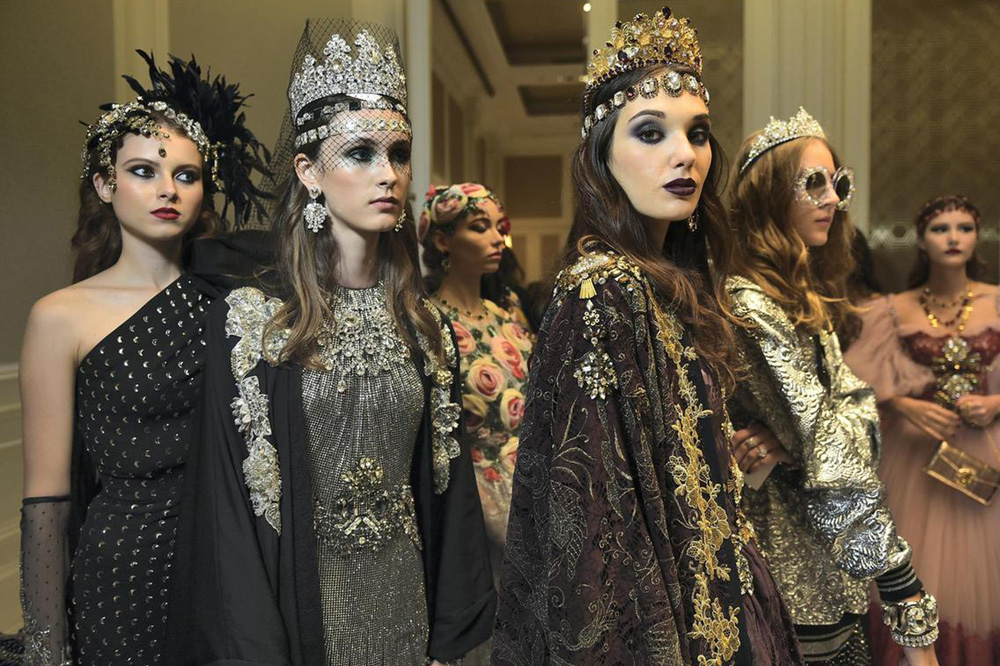 Dolce & Gabbana has been showing appreciation for its Middle Eastern customers for years with special capsule collections, but the Italian luxury fashion house went two steps further by recently staging its first ever show in the region. And the mega event saw 120 international models showcasing men and womenswear. “We love Dubai very much. We are extremely excited to come back. It is a dynamic city with thousands of attractions: you’re able find everything you want. It is a modern and cosmopolitan metropolis where you can shop for spices, fabrics, carpets, typical objects... everything we love,” Stefano Gabbana told “Gulf News.” 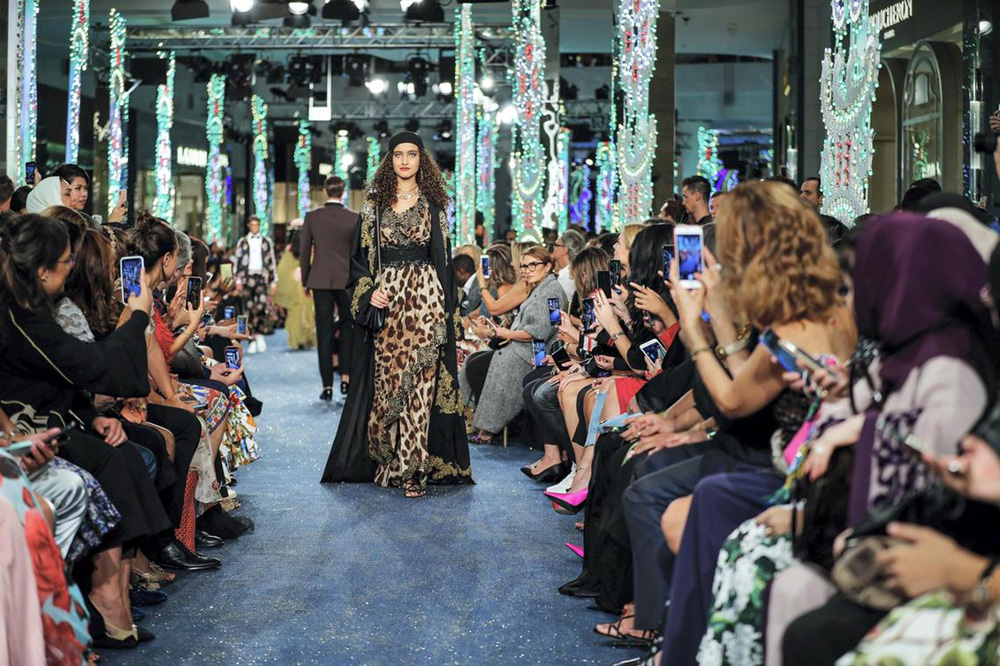 To celebrate the opening of the brand’s boutique in The Dubai Mall in March, the show, called “Day & Night”, took place in the mall’s new extension, Fashion Avenue, where the boutique is located. The shop was described as “an interpretation of our soul with the dreamlike atmosphere and warm colours of the Middle East” by Domenico Dolce during an interview with the same English daily newspaper. 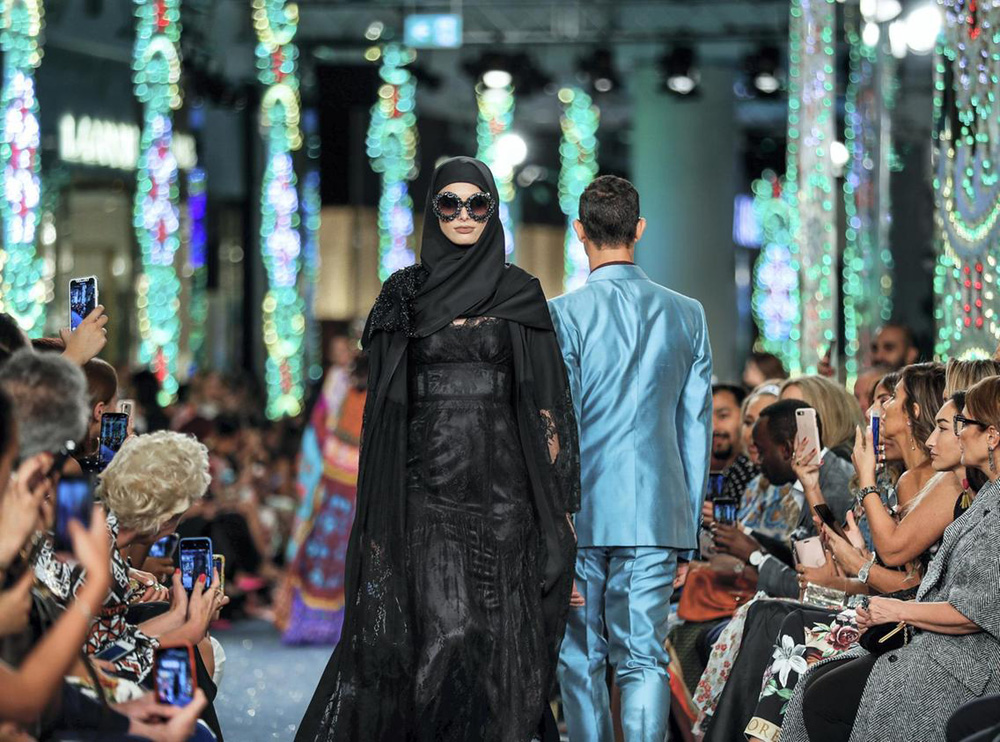 Dolce & Gabbana, which doesn’t believe in rehashing the same presentation everywhere, has organised several other localised shows. “The show for Milan is for Milan; the show for New York is for New York; and the show for Dubai is just for Dubai. You cannot see in another place, the same clothes, the same mood, the same things. It is special. And the audience feels it,” Gabbana explained to another UAE-based publication, “The National.” 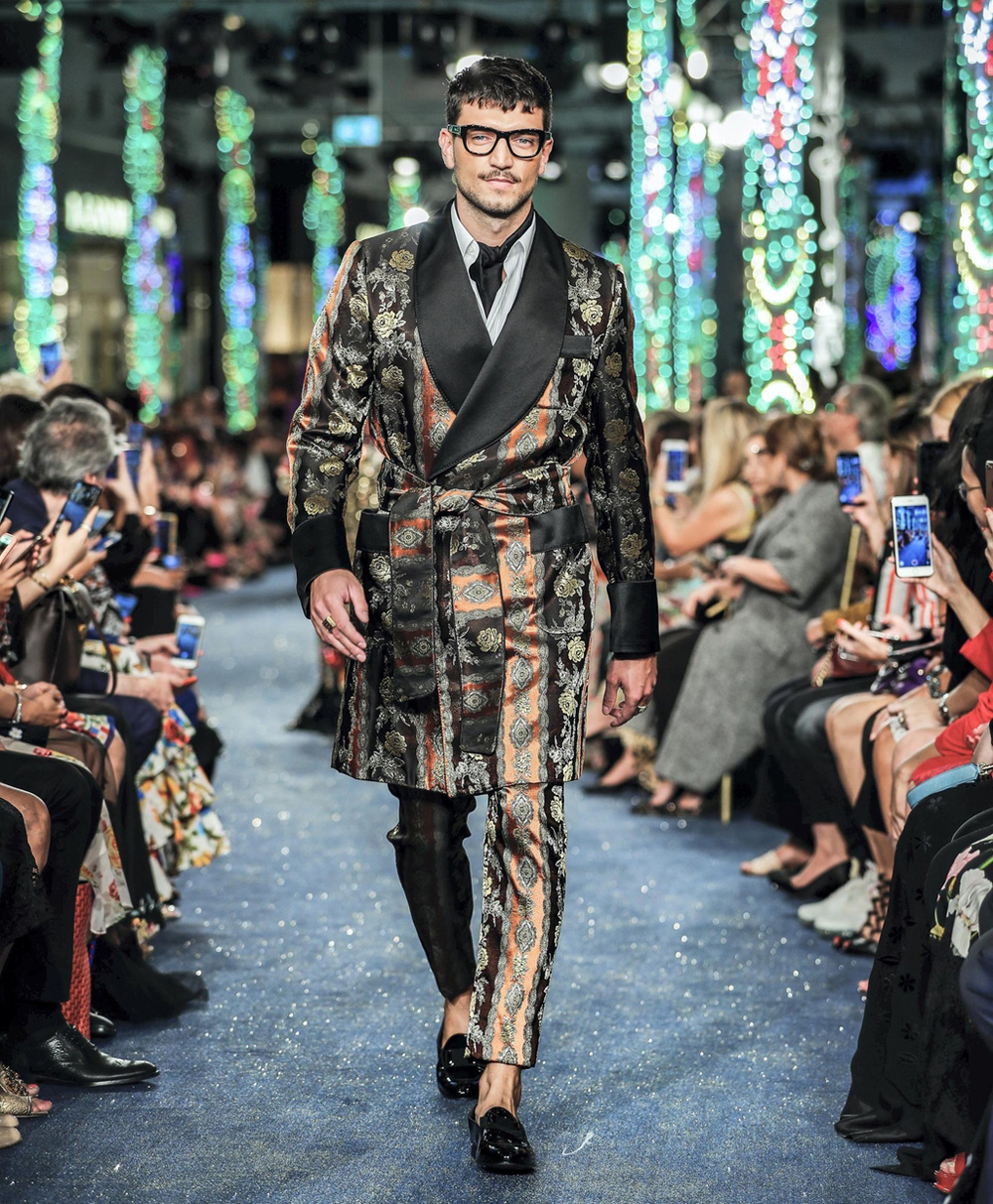 So for its #DGLovesDubai spectacle, about half of the 128 looks were crafted exclusively for the region. And while the pieces had distinctive Dolce & Gabbana trademarks like feather details, gold, silver, bejewelled embellishments and leopard print, they were set against ornamental Arabesque motifs. Plus they were all respectfully below the knee, while lace helped cover up décolletage and over-the-elbow gloves wrapped arms.

The Women’s Collection
Rich colours and fabrics like gold, black, burgundy, velvet and brocade, which are also popular in southern Italy, the area that usually serves as inspiration for the duo, appeared on the runway. And as well as decorated long evening gowns in pink peony, orange, yellow and blue chiffon, we saw some eye-poppers like a floor-sweeping silver mesh fishtailed dress and a flowy creation with patterned patchwork, featuring a cinched waist to complement any body type. A standout red dress with feathers on the shoulder and elaborate white detailing also drew attention, just like the gown with a laced bodice and a layered tulle skirt featuring posies. 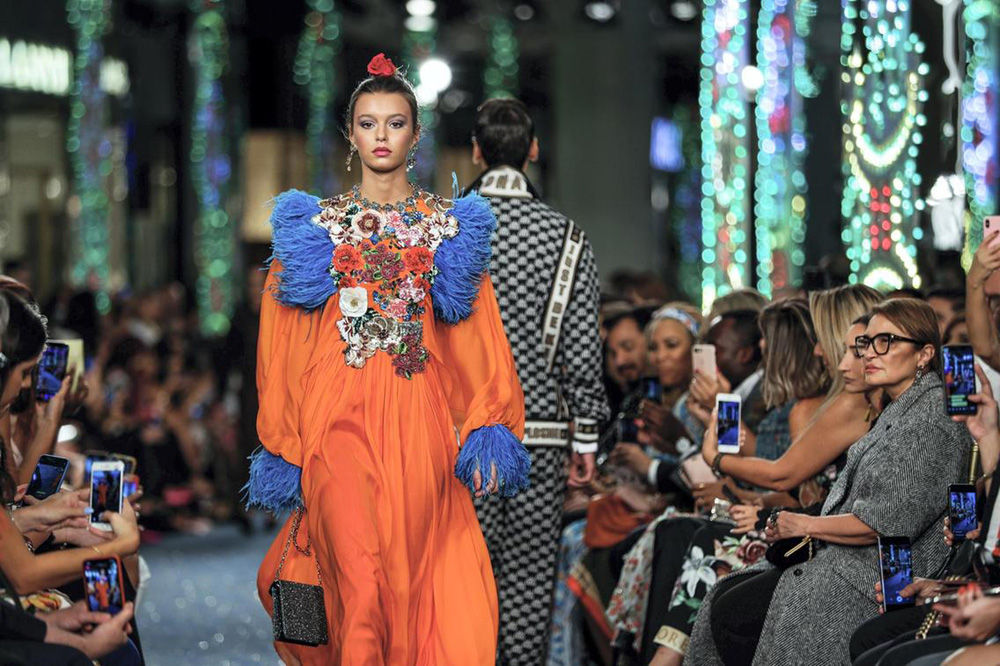 And of course, abayas and caftans were an integral part of the show. The lace and brocade abayas, some of them with floral prints and black lace on the inside, were gorgeous, not to mention the head-turner with gold embellishments and sequins. Decorated caftans, including one in brocade with a floral motif, were worn over matching pieces. Plus, it wouldn't have been a Dolce & Gabbana show without tiaras, flower crowns and beaded headpieces. 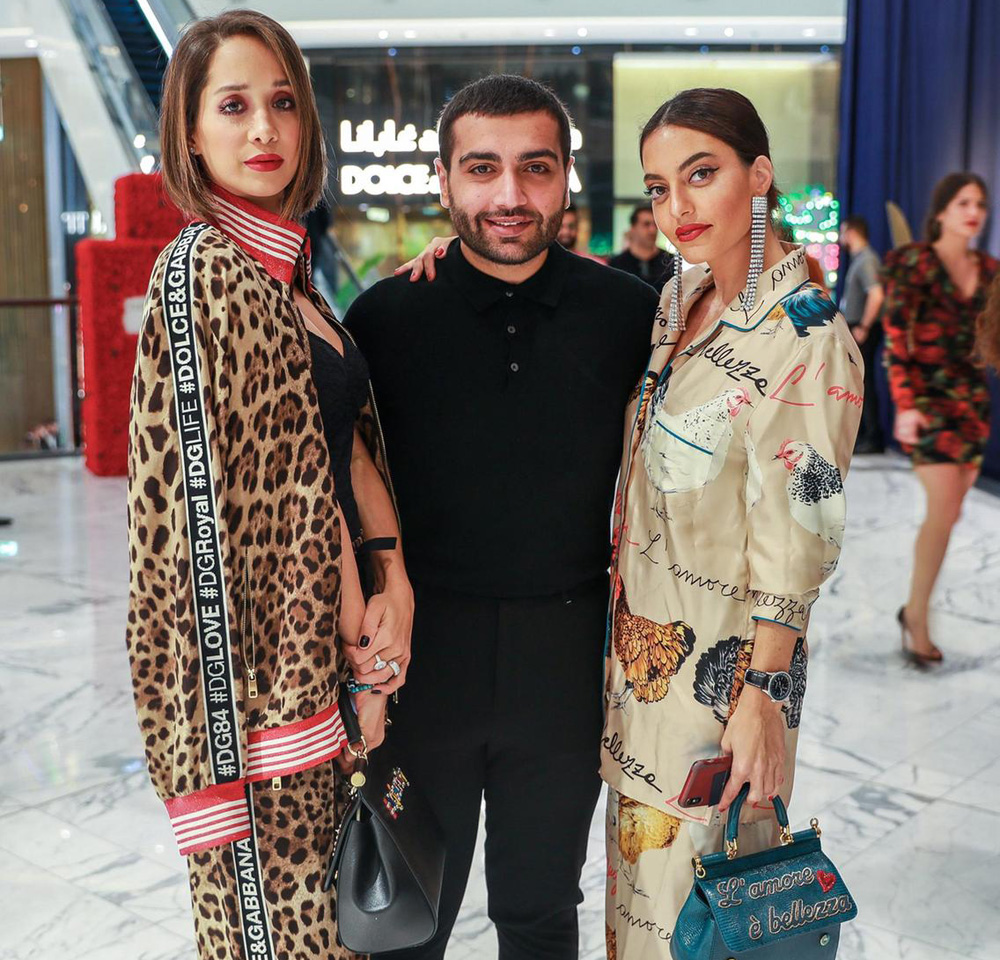 Fashion personalities Lana El Sahely, Sheikha Dana Al Khalifa and Ahmad Dabbas, who have all waked in Dolce & Gabbana shows, also looked on in anticipation as the show started with a soundtrack performed by an orchestra from Italy’s opera house La Scala, which was accompanied by three musicians playing the electronic violin. 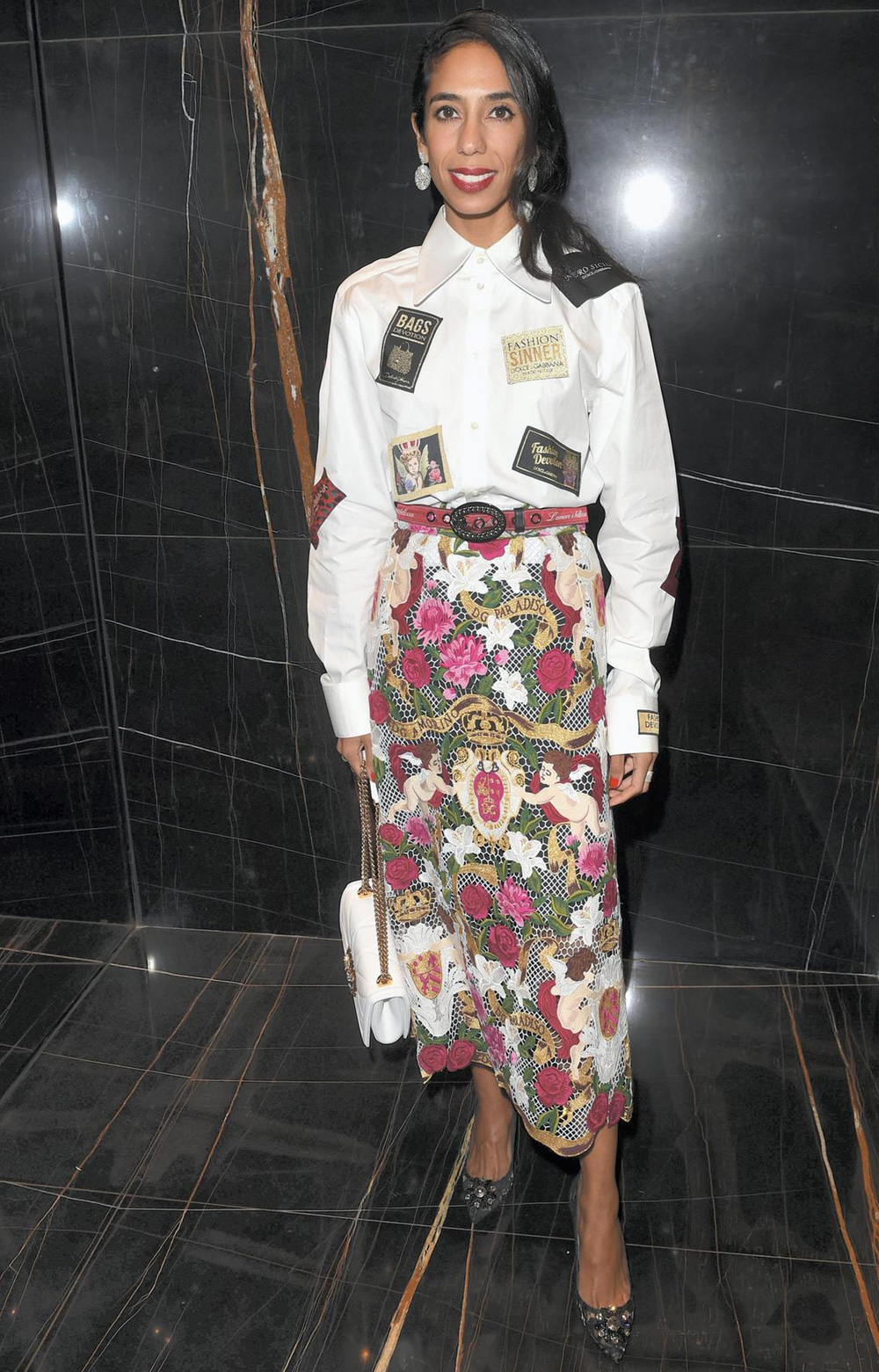 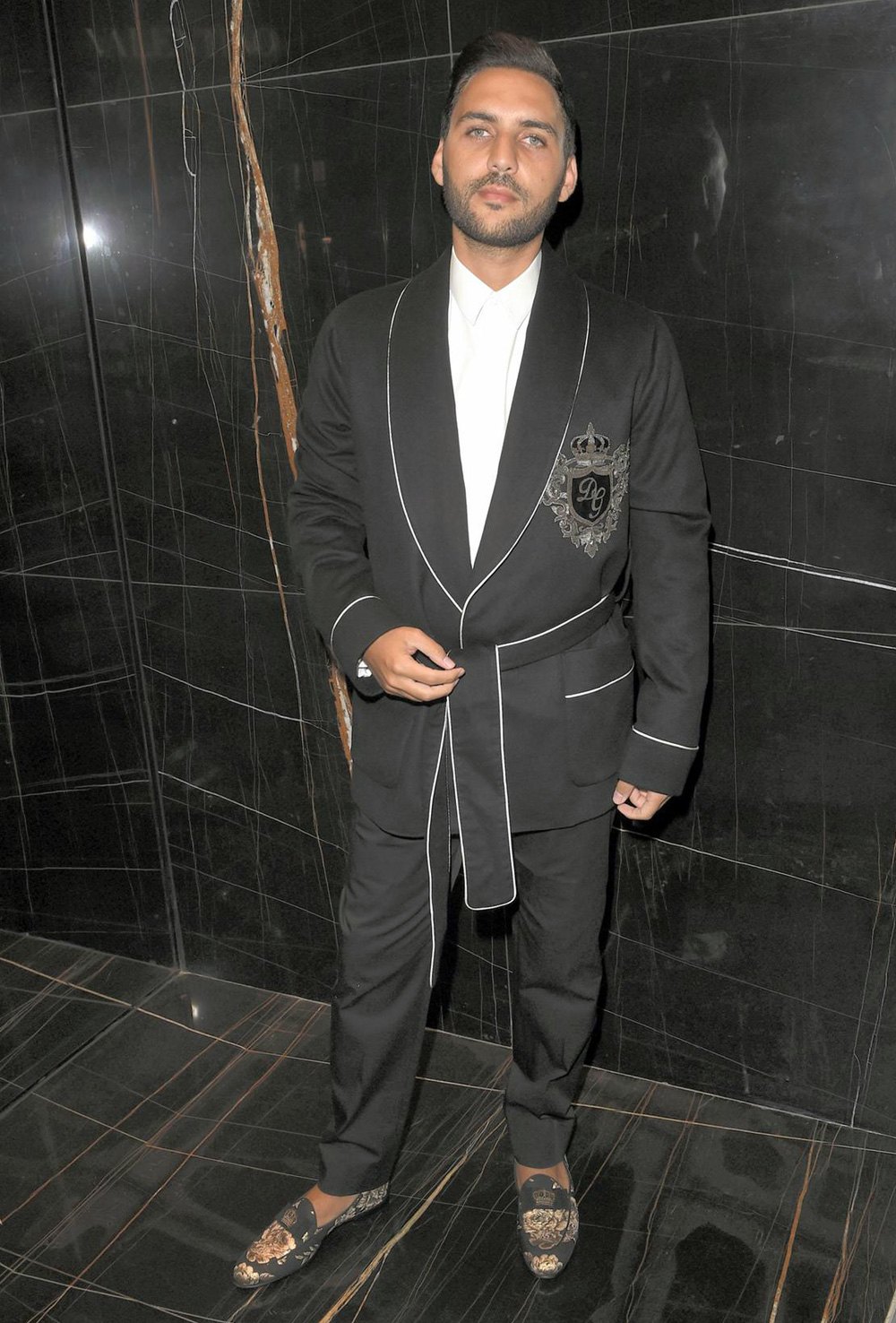 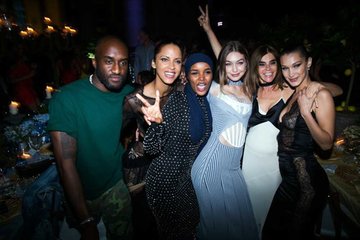 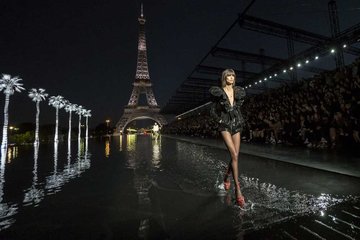 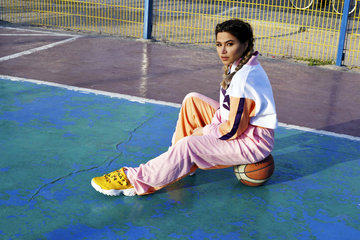 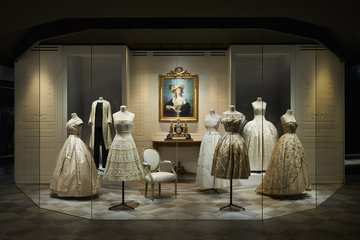 Escape To The "Christian Dior, Designer of Dreams" Exhibition From Your Couch 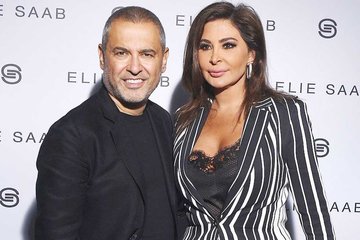