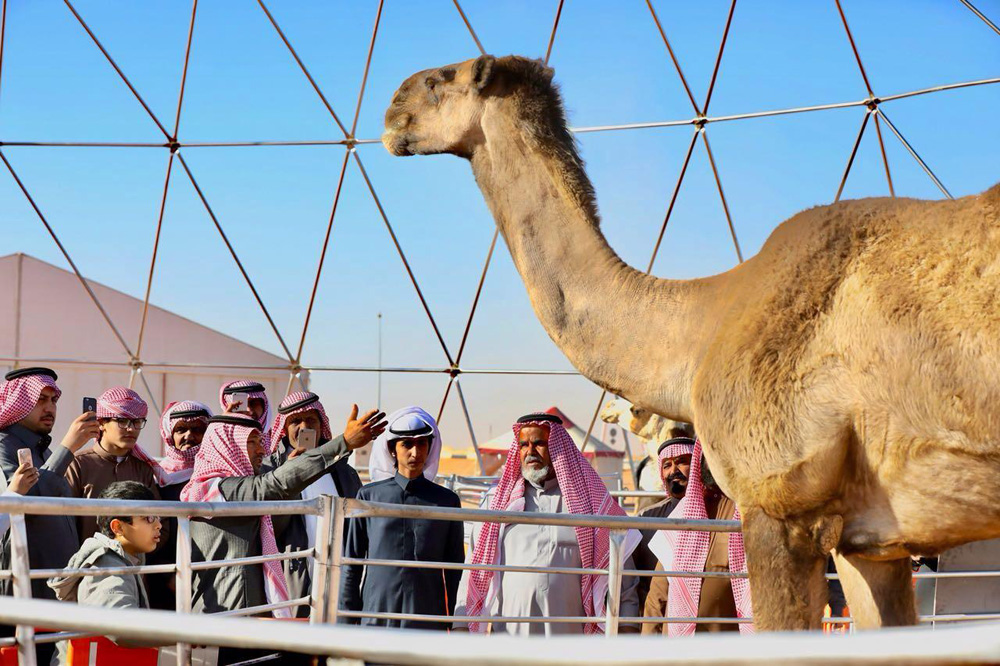 In a year when Saudi Arabia has been setting milestones in every sphere, from a couple of its historic sites entering the renowned UNESCO World Heritage Site list to its women breaking into traditional male-dominated industries, the country has now achieved another spectacular first: its Crown Prince Camel Festival has just been named the World’s Largest Camel Sporting Event. 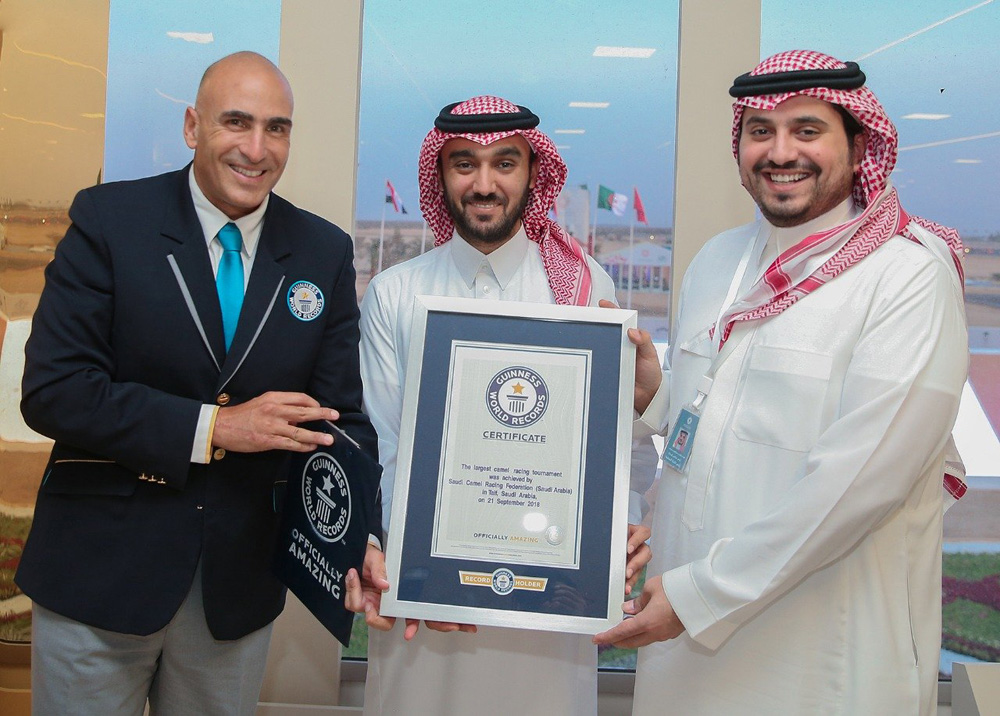 This unique world record was made possible by the participation of 11,186 camels in 787 rounds of competition, and the announcement came in the lead up to 88th National Day celebrations, which took place last Sunday September 23. The presentation of the Guinness certificate took place just a few hours before the Crown Prince Camel Festival awards ceremony that was attended by Crown Prince Mohammad Bin Salman. The 40-day festival, which ran from August 11 to September 22, culminated in a closing ceremony on the 23rd that saw a total of SAR 53 million (approximately $14,131,390) awarded in the various events.

The festival, which unfolded in four phases, was designed to showcase and enhance the camel racing heritage of Saudi Arabia and the Gulf Arab countries. During the festival, key races were scheduled on weekends, in addition to warm-up rounds, racing rounds, marathon rounds, production rounds, and closing-in rounds on other days. Also featured were sports, cultural, and entertainment activities alongside educational workshops for camel owners and visitors interested in camel sports.