A posse of the most in-demand models has been storming the catwalks in some of the best looks from Milan’s top collections. 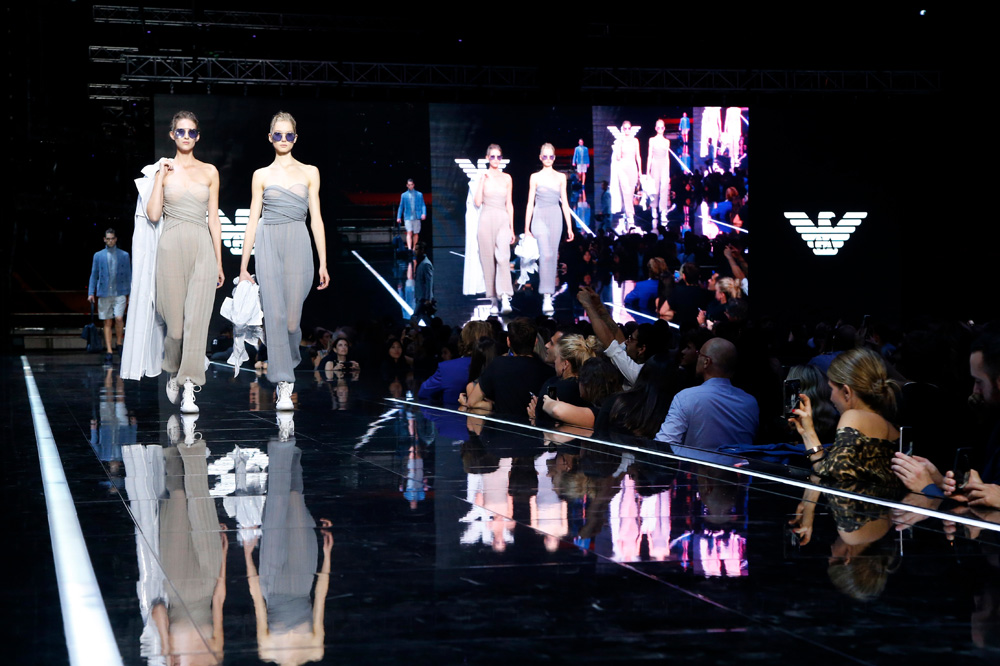 While Milan Fashion Week doesn’t really feel the same without Gucci, with the luxury brand decamping to Paris for one season, there have been many shows that have been making up for it. Have a look to see how Italian fashion houses like Fendi, Alberta Ferretti and Moschino have been jazzing up the third stop of Fashion Month with standout runway moments.

BYBLOS
Byblos, one of Italy’s iconic 80s labels, made a comeback with a futuristic show, and designer Manuel Facchini had the Burning Man festival for inspiration when designing the label's latest collection. Models like Winnie Harlow, in a beehive effect top, and Thylane Blondeau, in a funky blue co-ord with a message about the environment, stole the limelight. 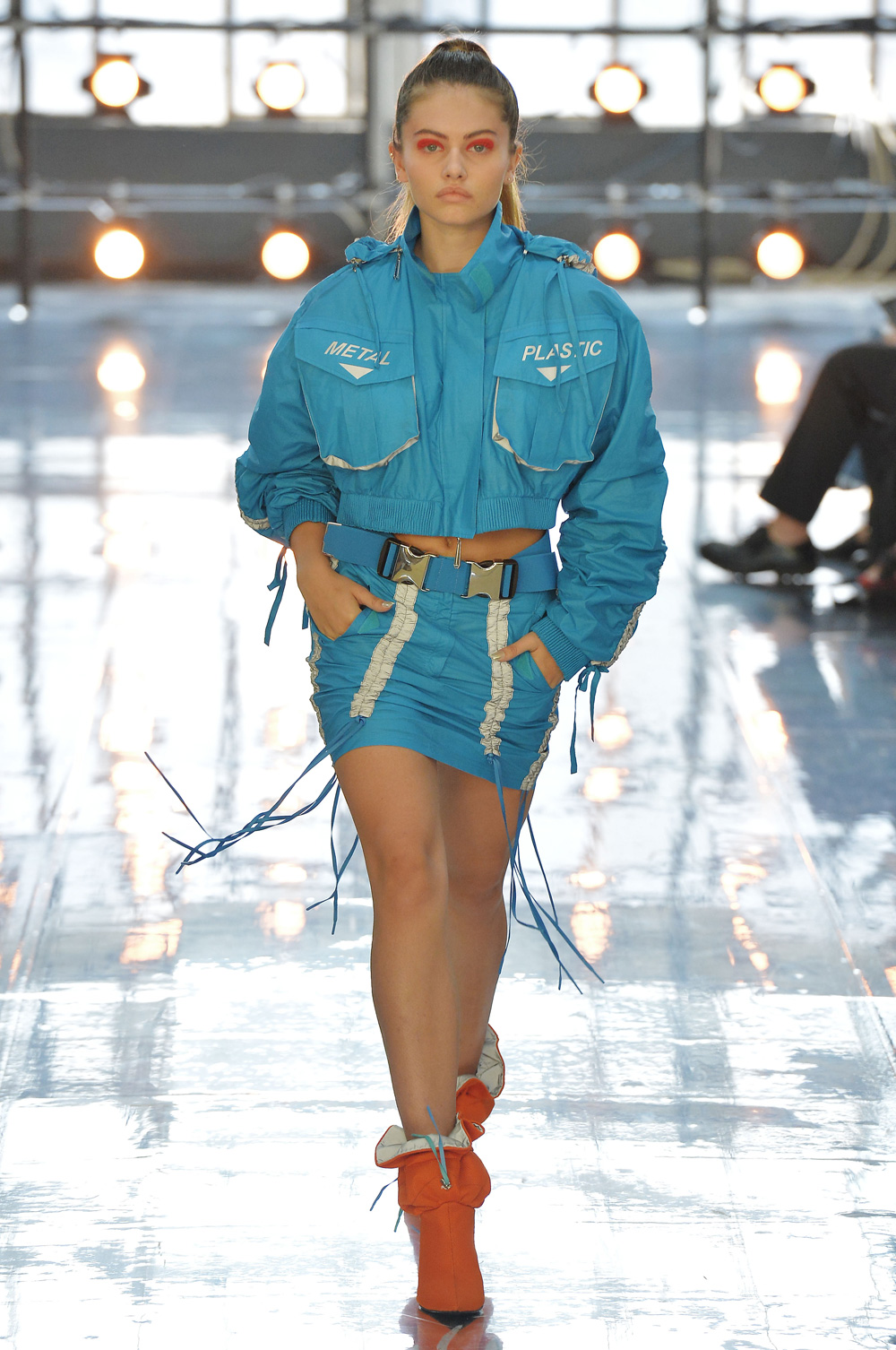 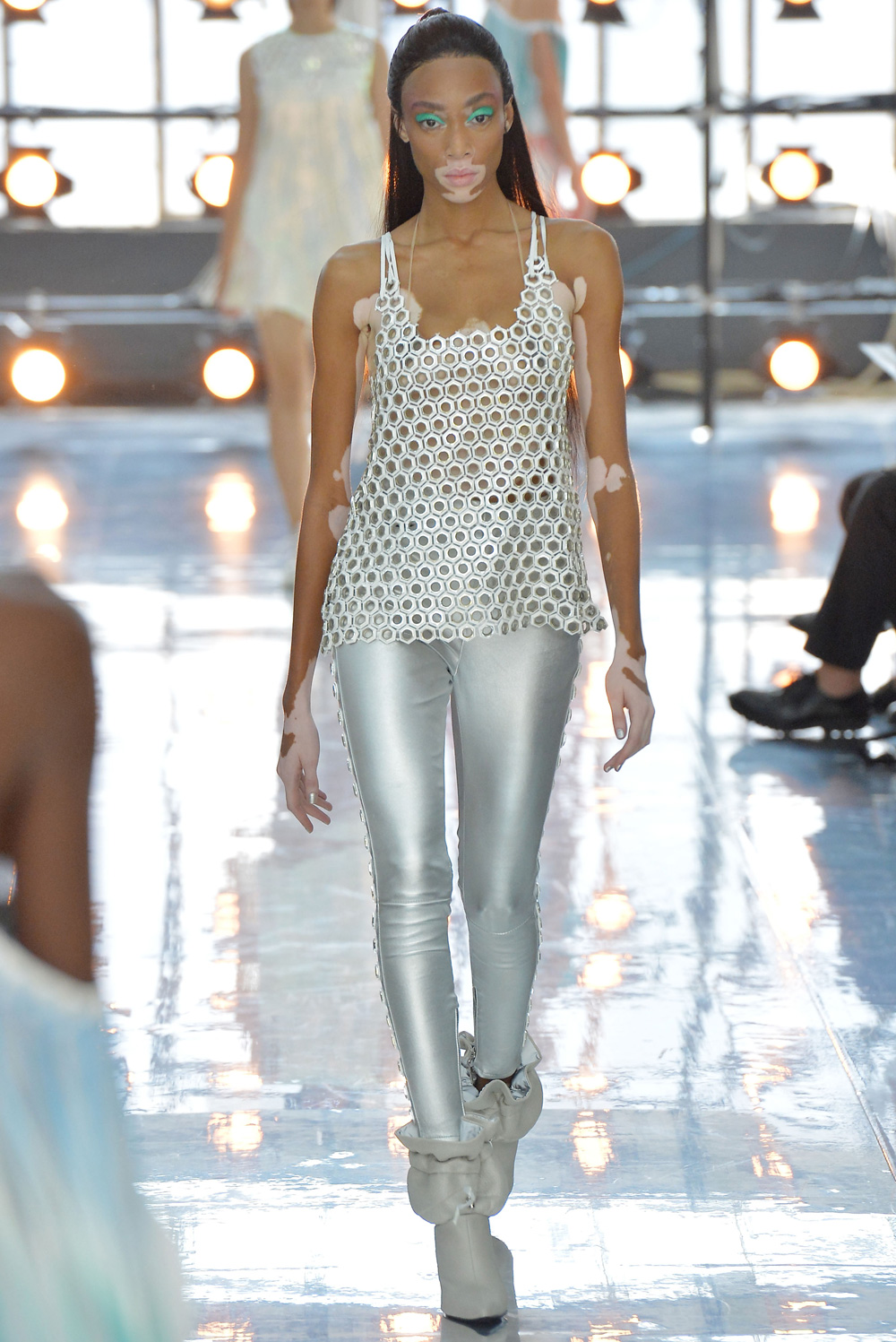 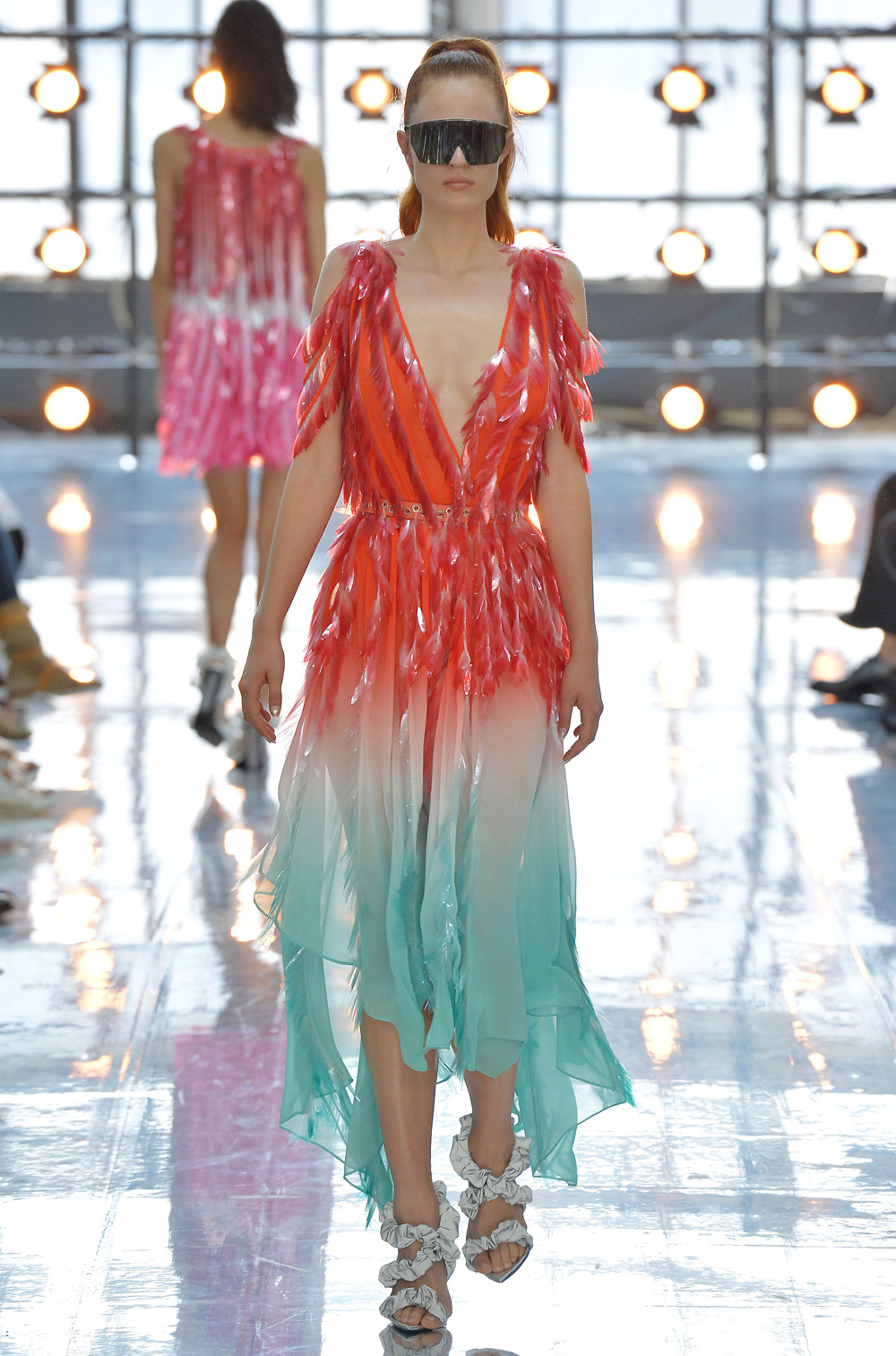 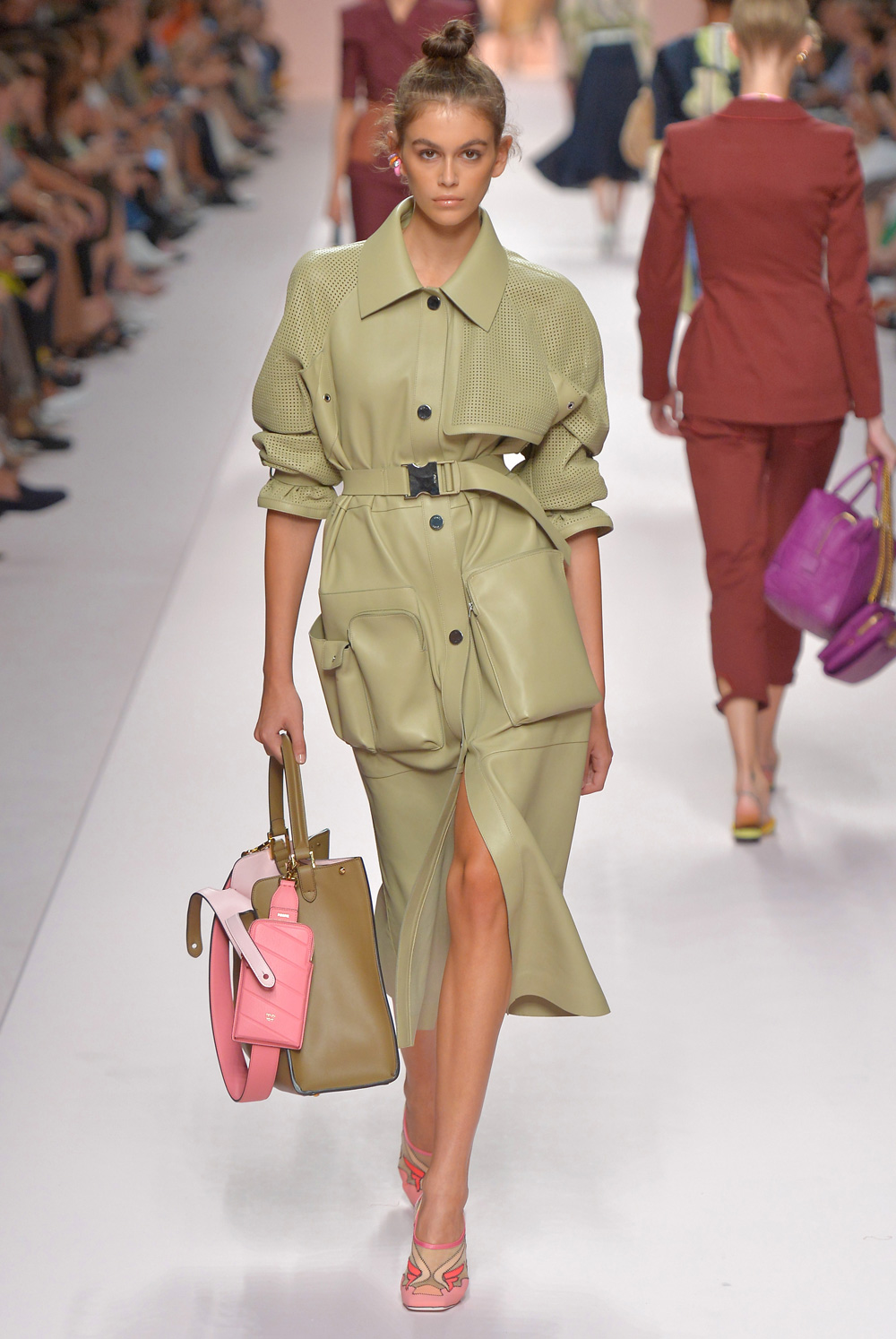 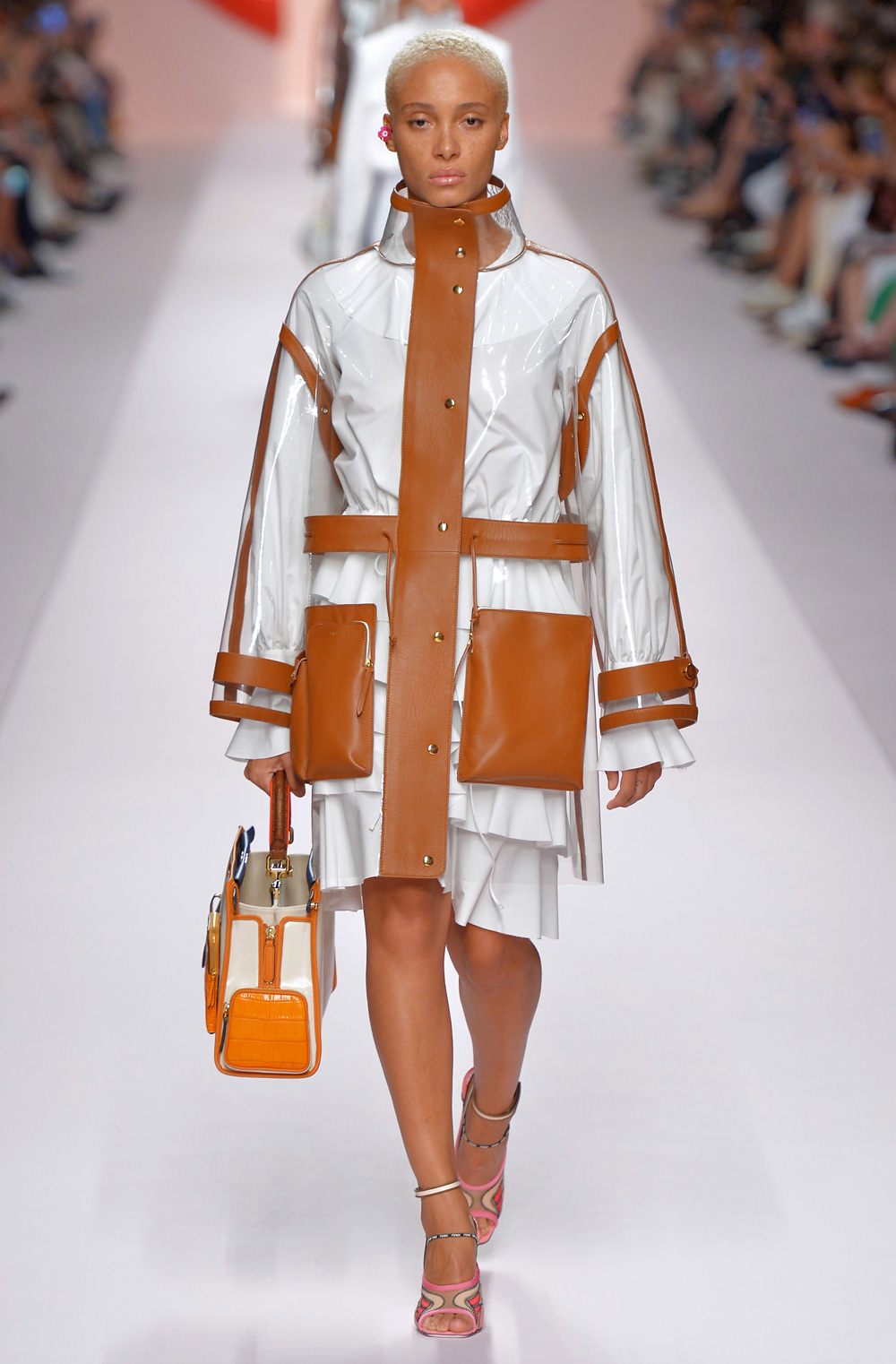 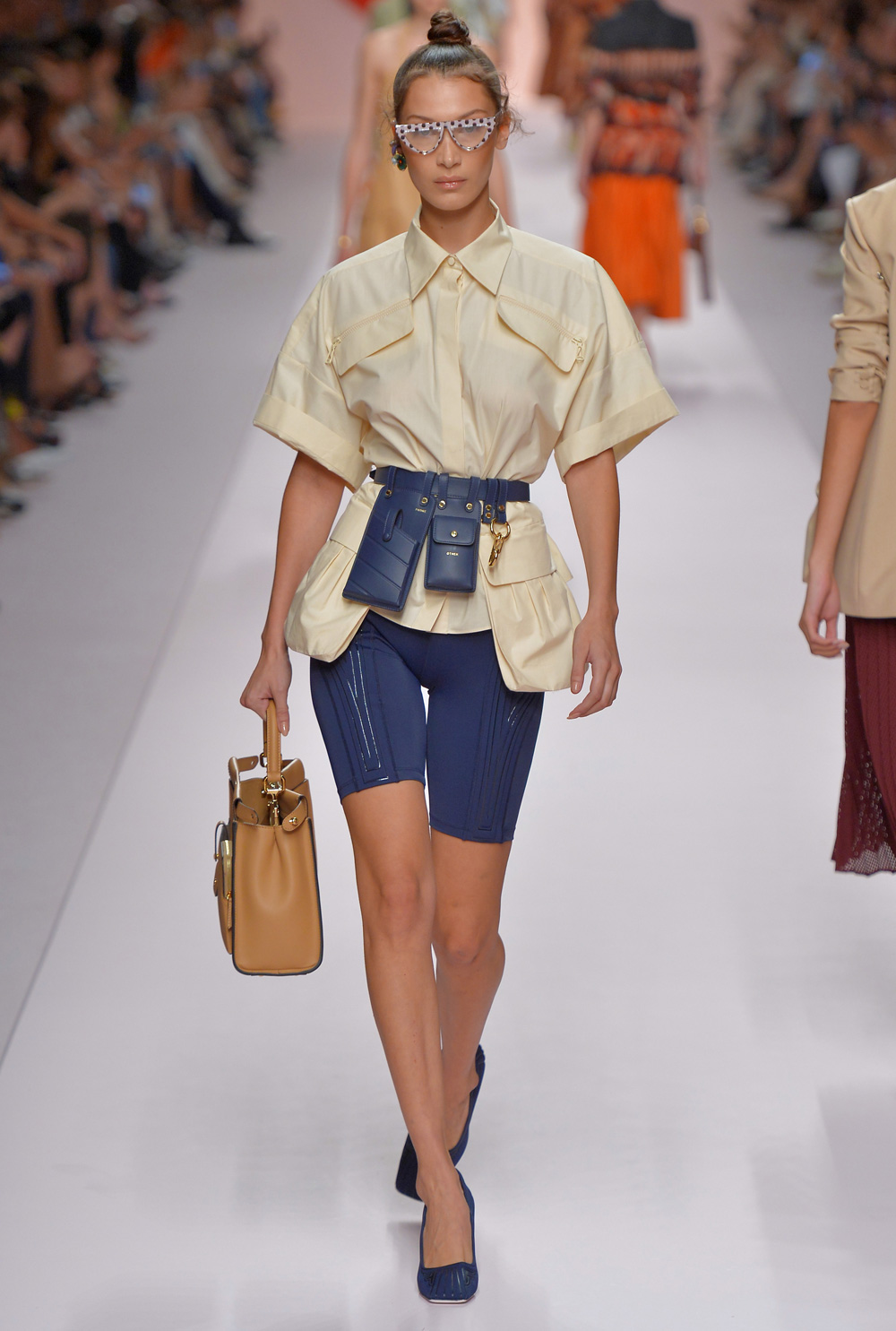 ALBERTA FERRETTI
Kaia Gerber, the Hadid sisters and Kendall Jenner, who rocked a black sheer look on the runway, also brought some magic to the Alberta Ferretti show. The designer offered a masterclass in boho travel styling. Some of the staples included paperbag-waist cargo pants and utilitarian safari jackets. 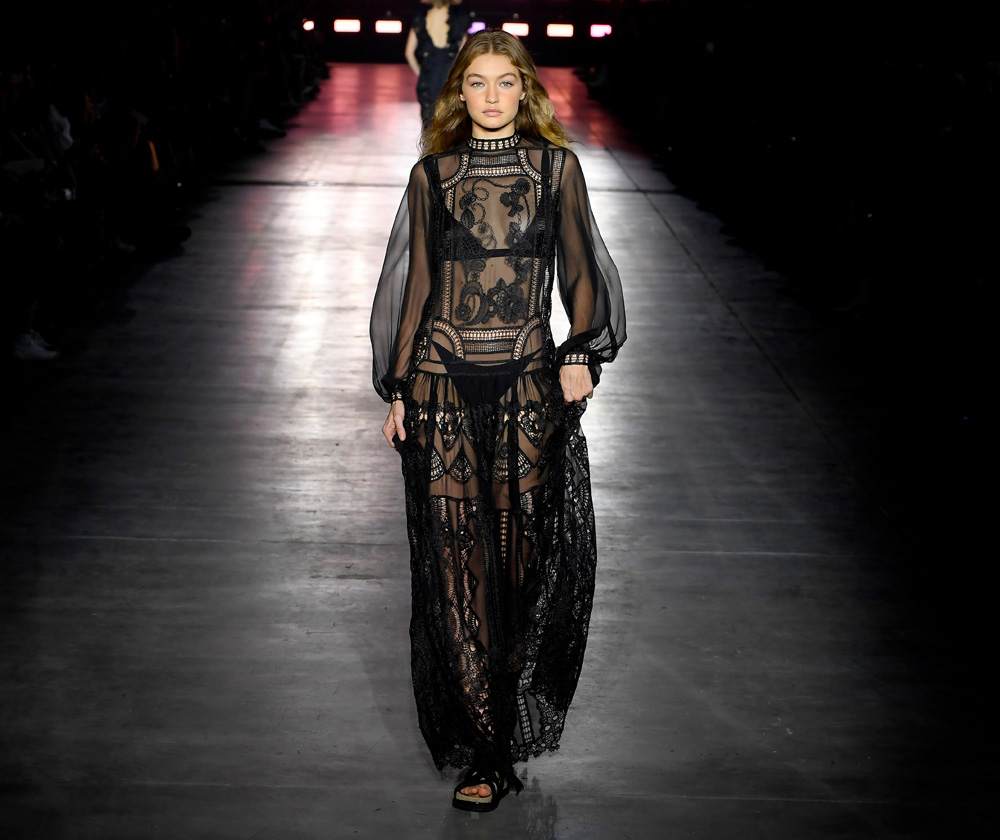 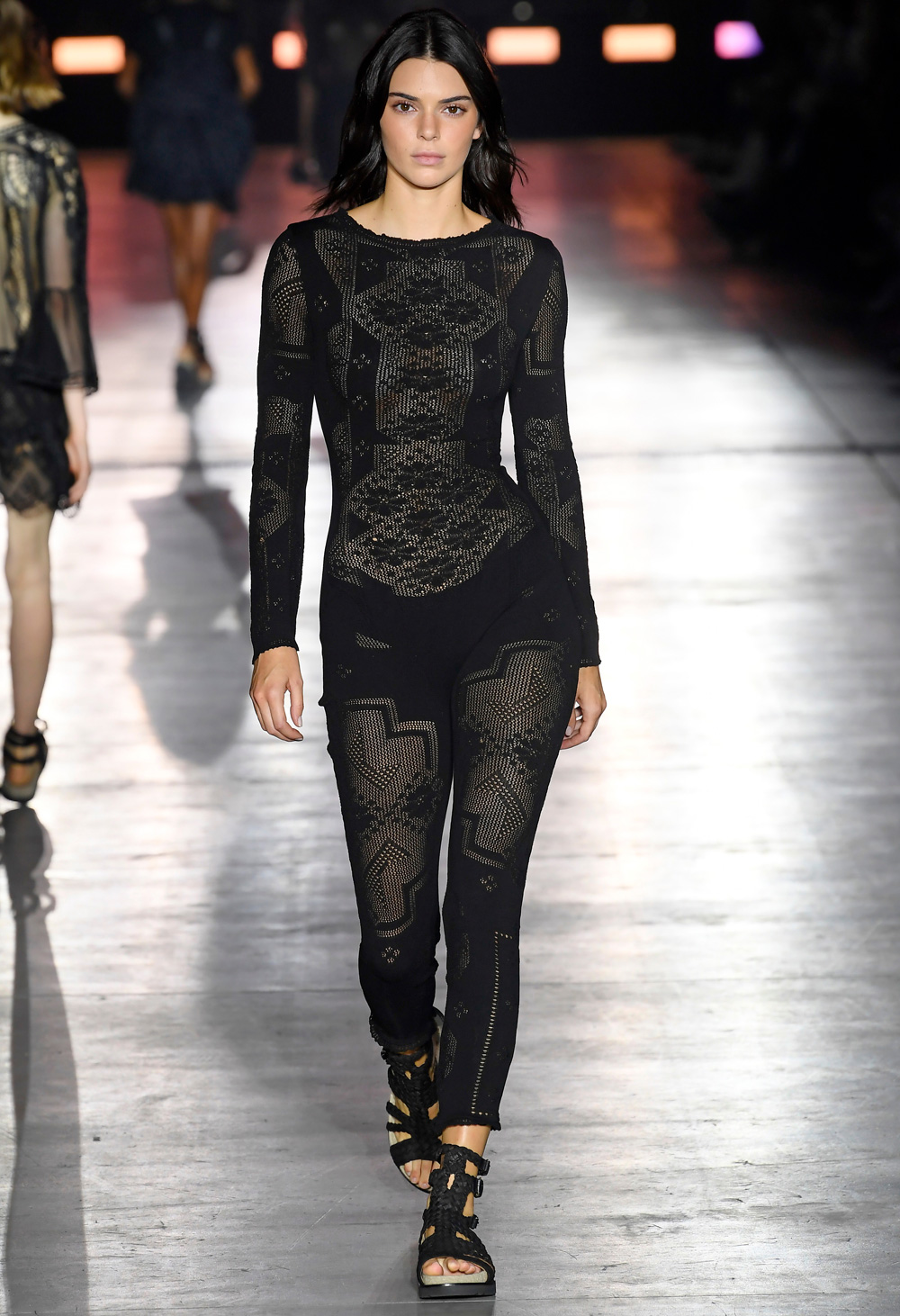 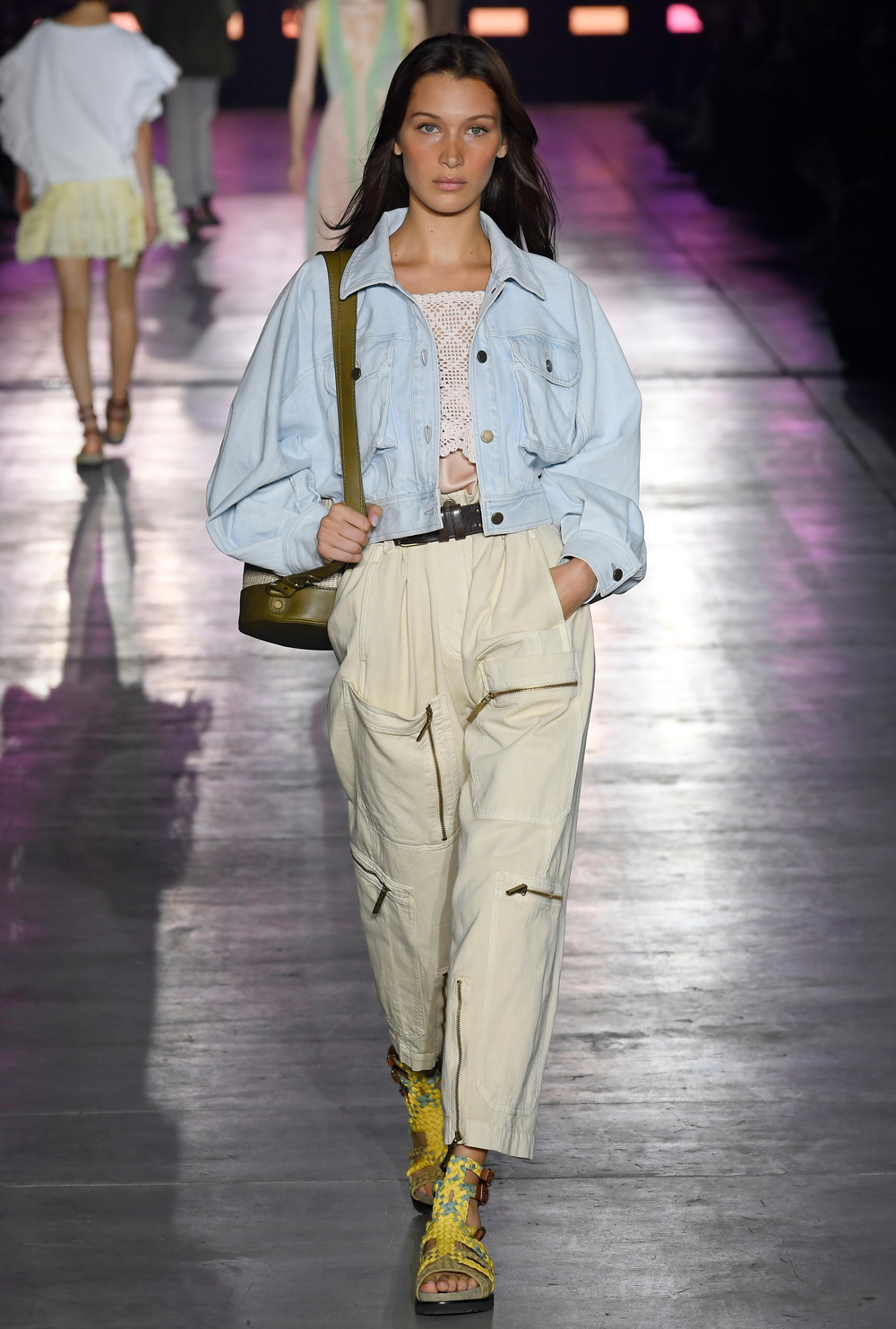 EMPORIO ARMANI
Emporio Armani skipped the men's schedule in June in favour of a co-ed show. The collection, with over 200 looks, proved logomania is not dead. Plus, there were the slouchy silhouettes and the textured and flowy fabrics that made him famous. Standout pieces include Gatorade green suits, sequin tap pants and cocktail dresses with spangles sprouting out. 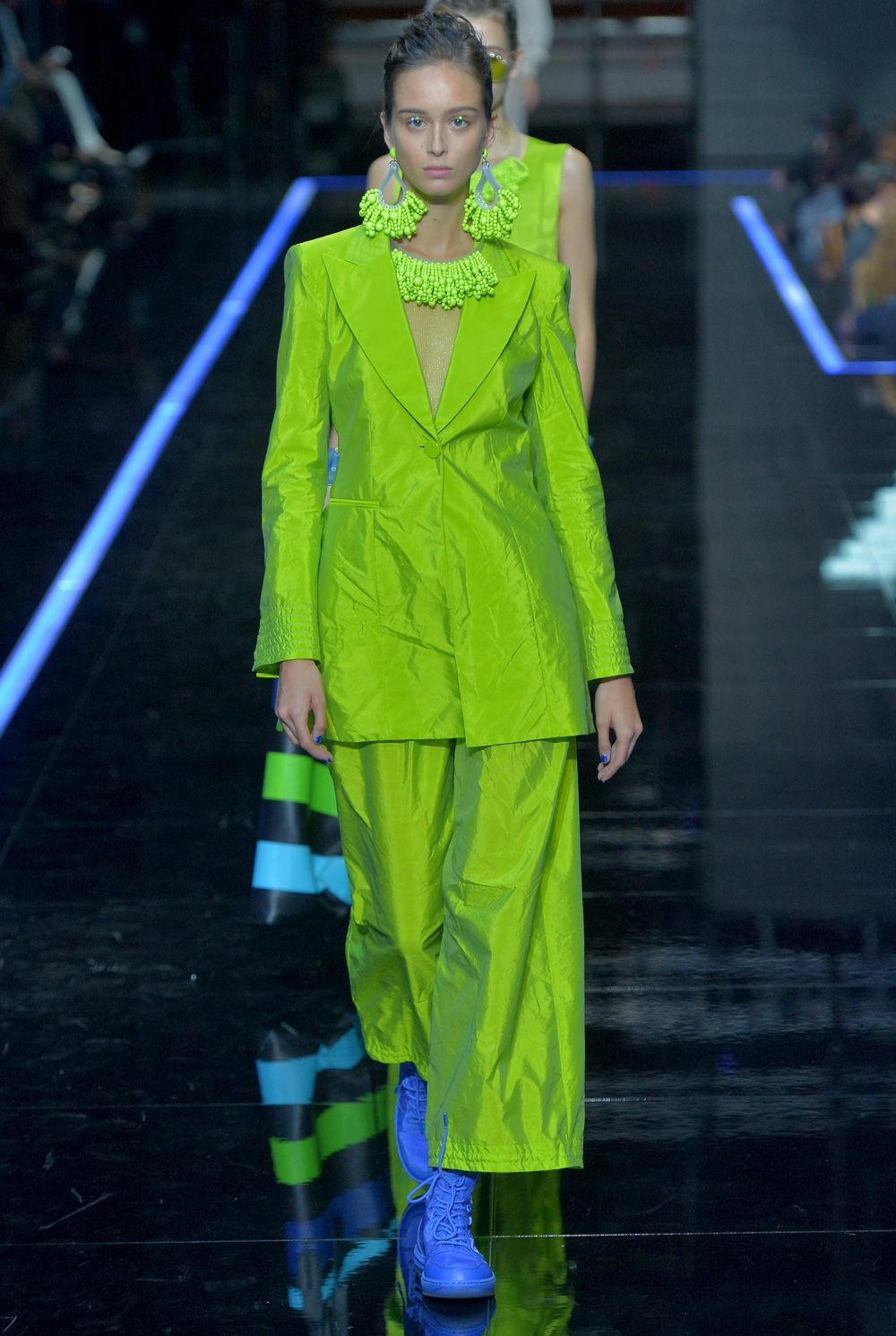 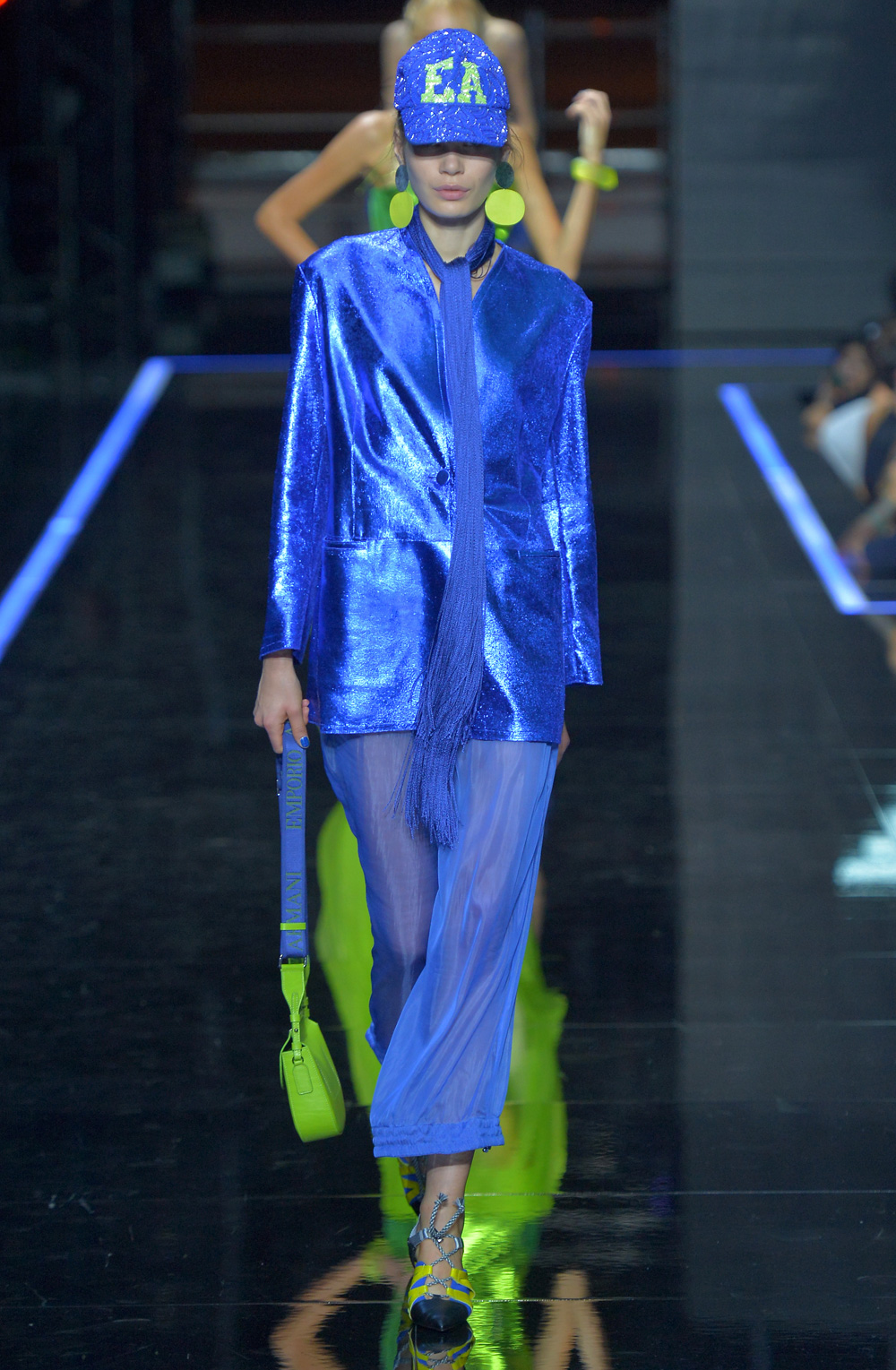 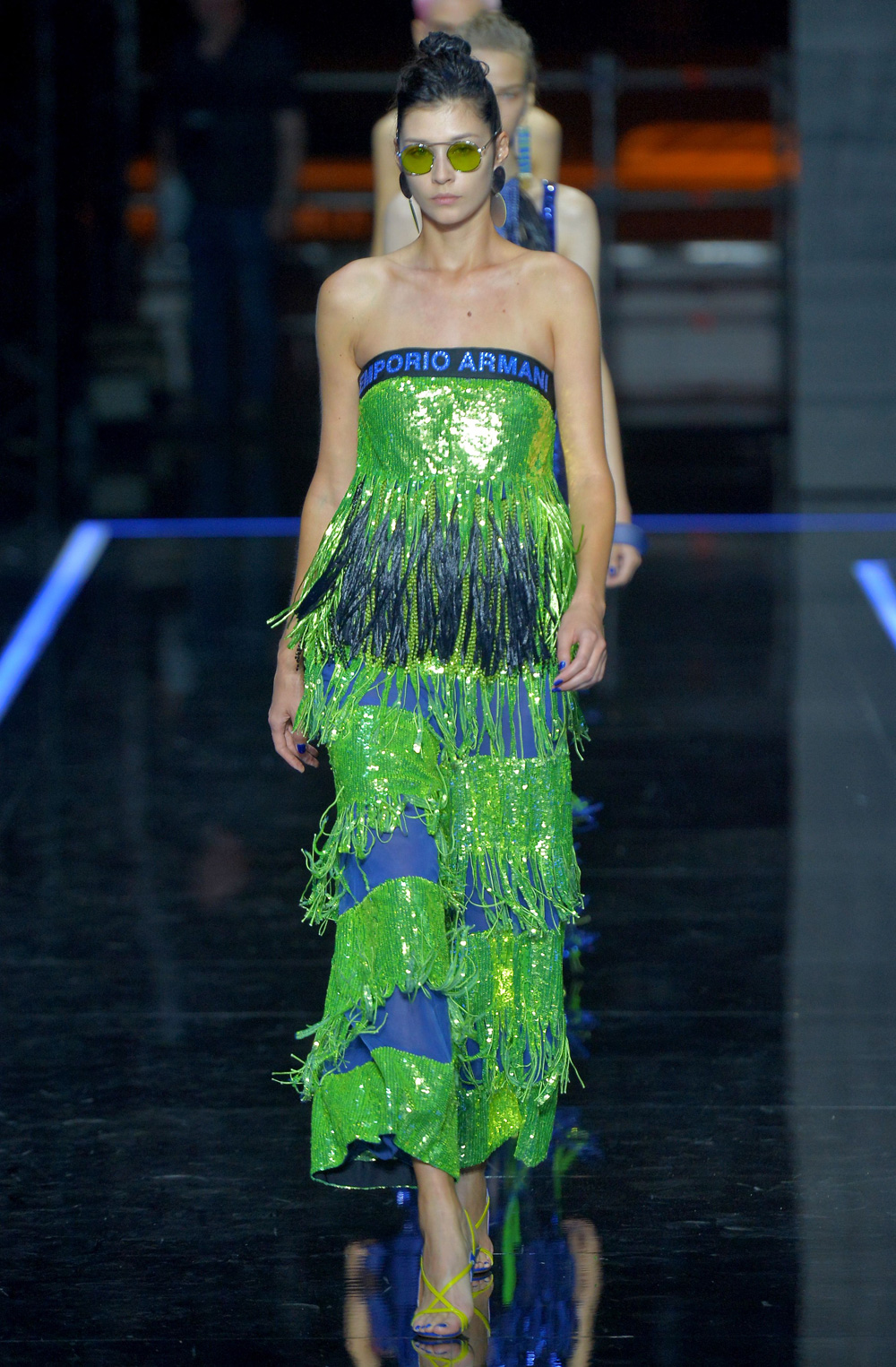 TOD’S
At Tod’s, the co-ed show where all the Hadid siblings were spotted on the catwalk, as well as Edie Campbell, who helped guide the finale, beautiful muted hues created a soft kaleidoscope of colours. The hues ranged from cobalt blue and tan to soft pink. 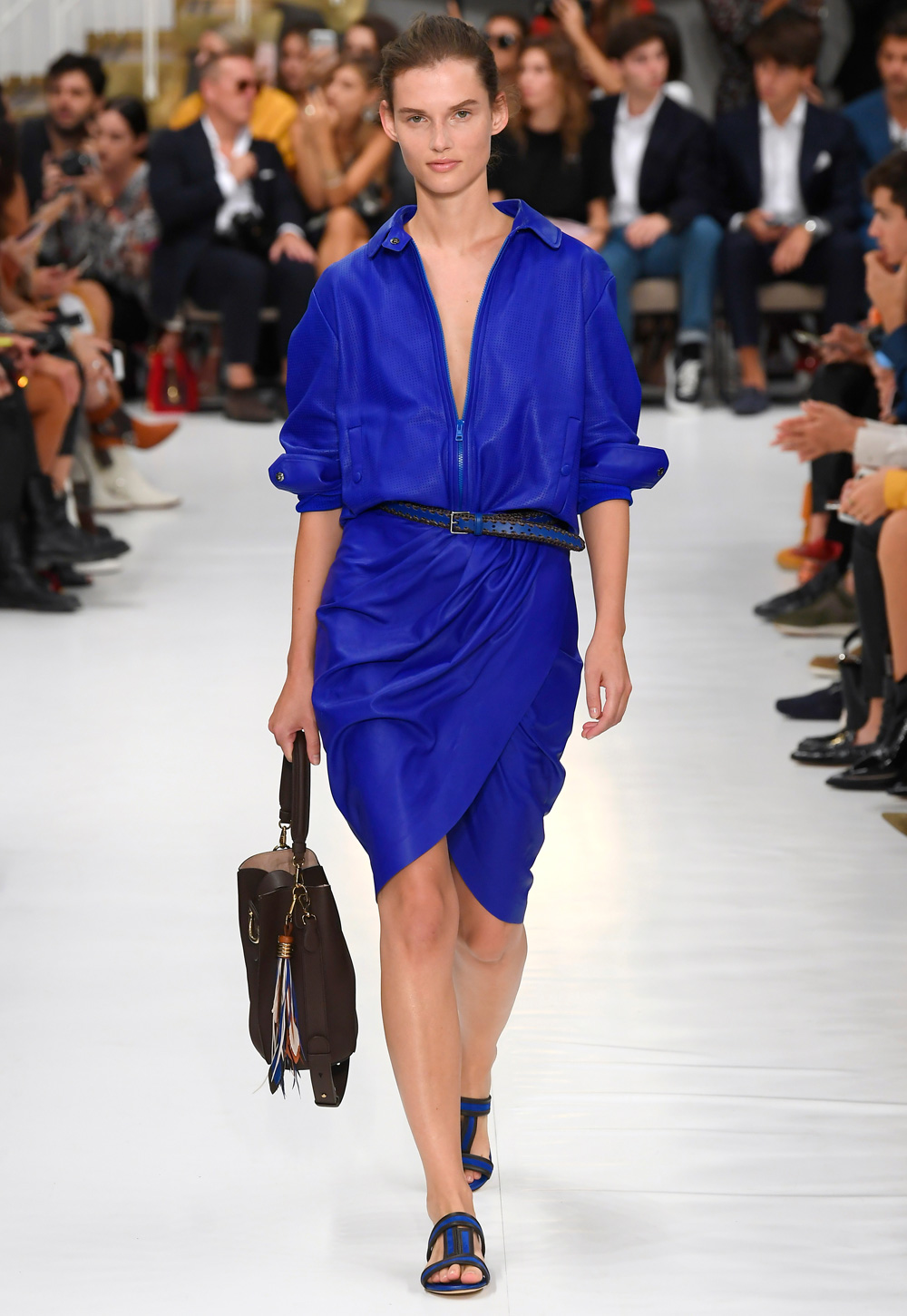 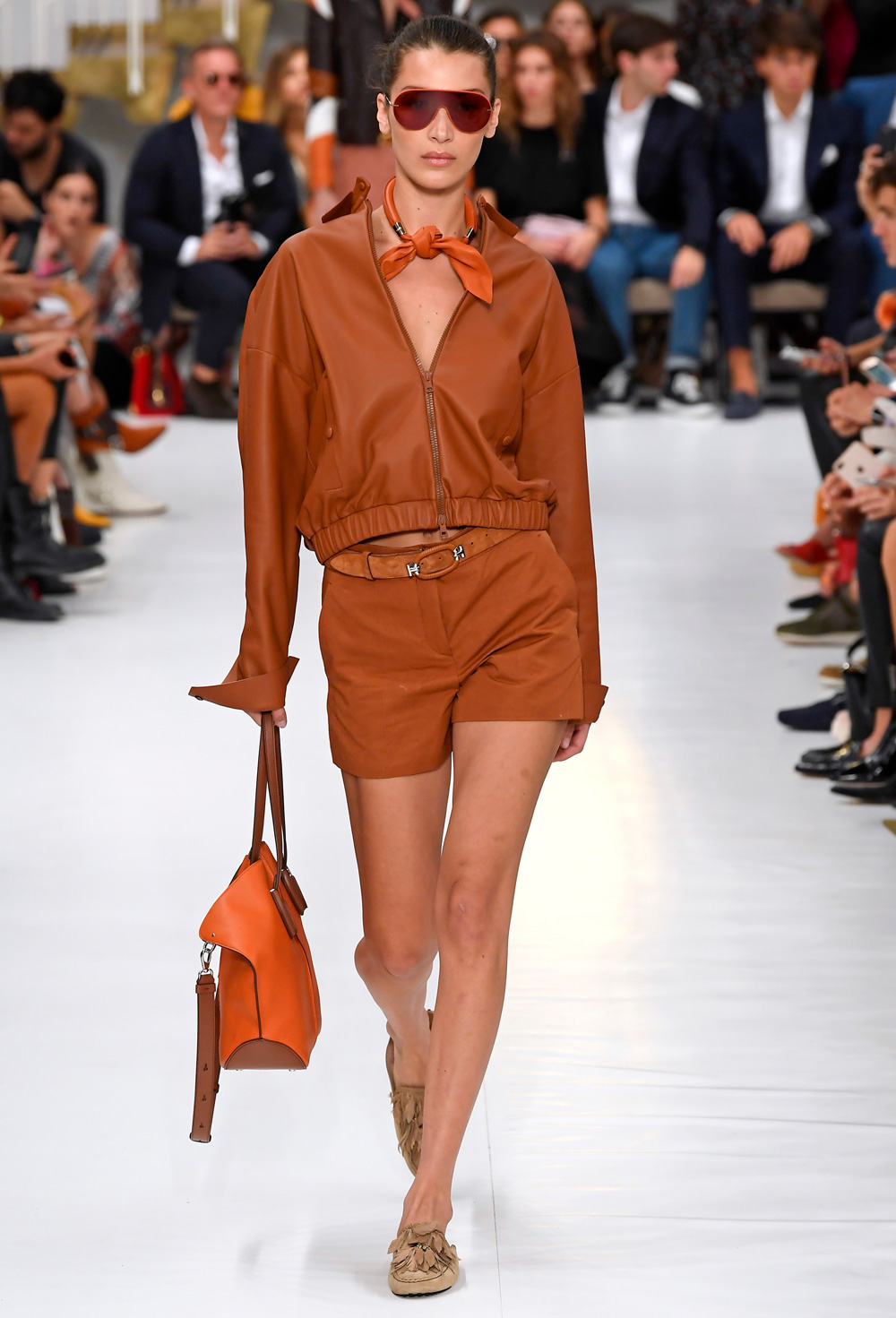 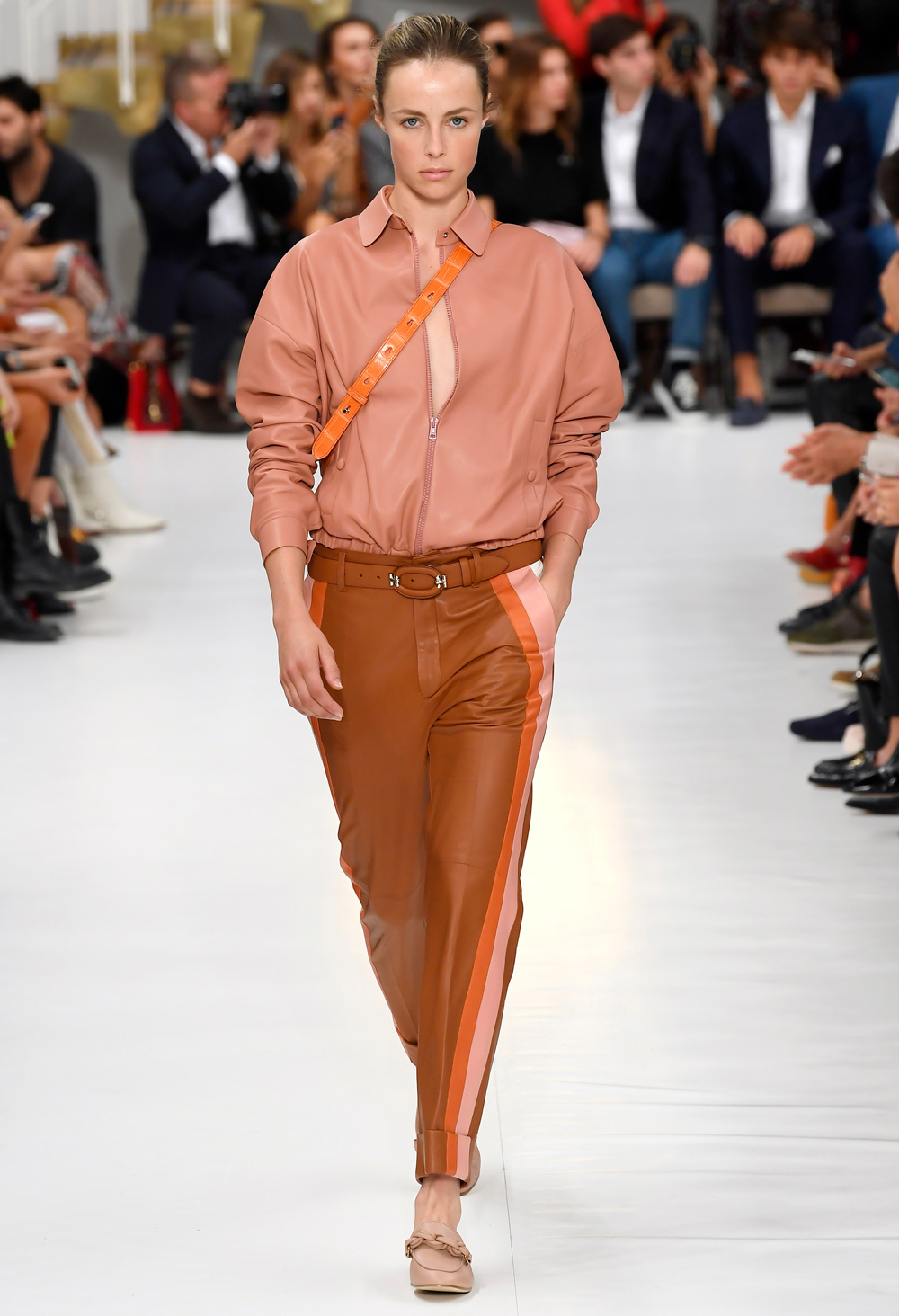 
PRADA
For her show, Miuccia Prada offered us inflatables, 60s silhouettes and headbands. Plus, we saw a platform of youthful satin babydolls, knee-high sheer tights and some very dramatic sunglasses. 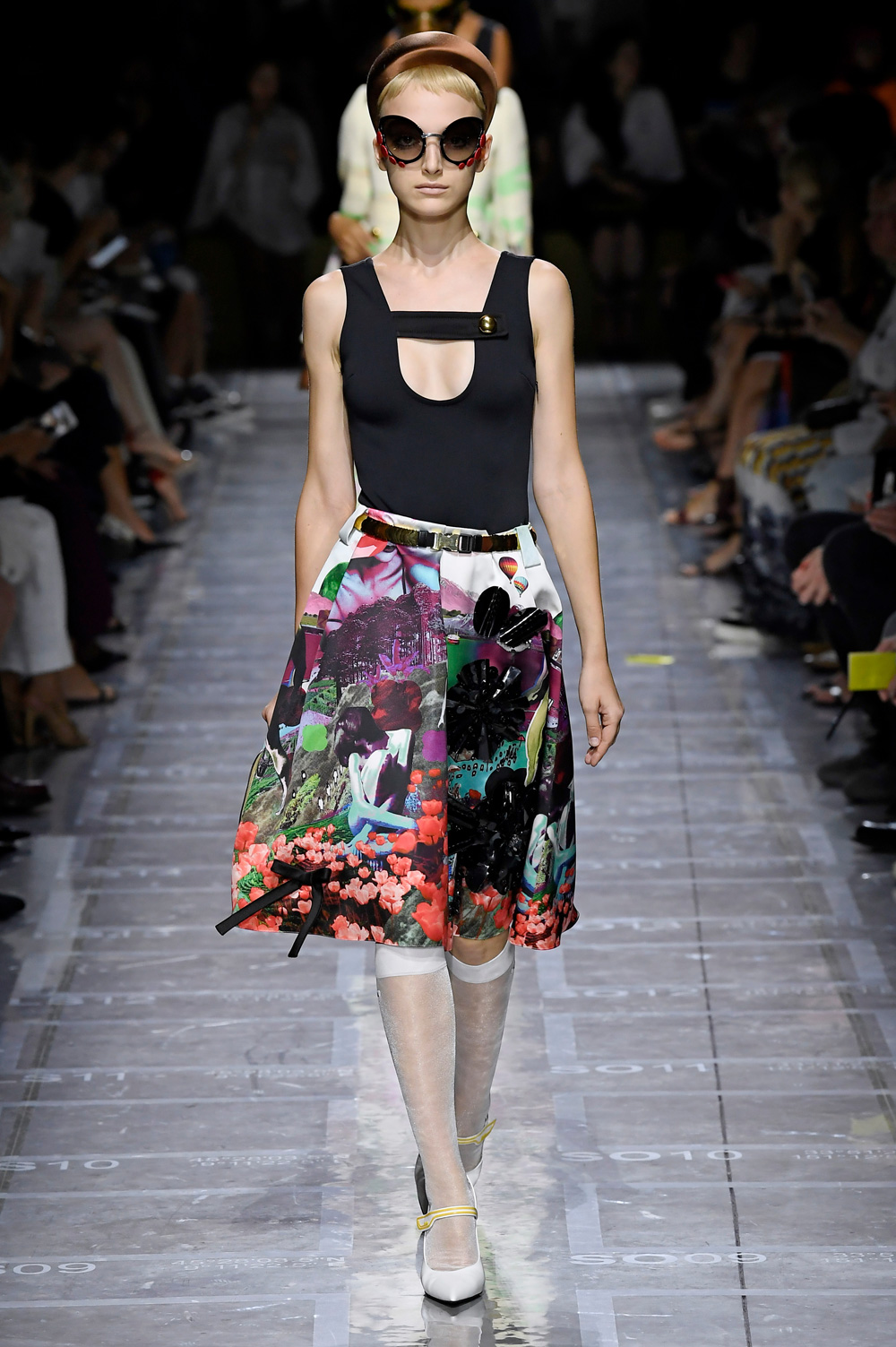 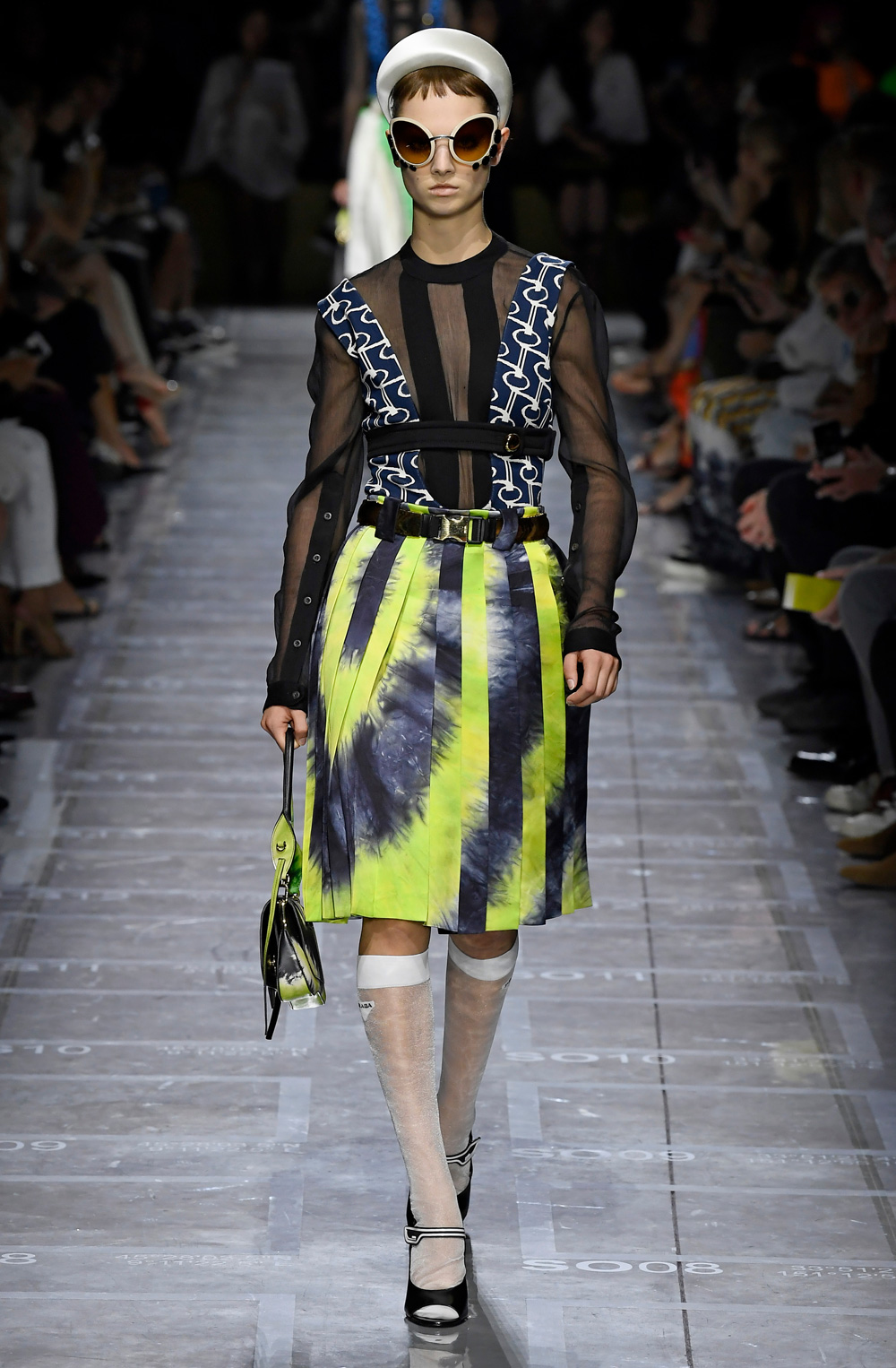 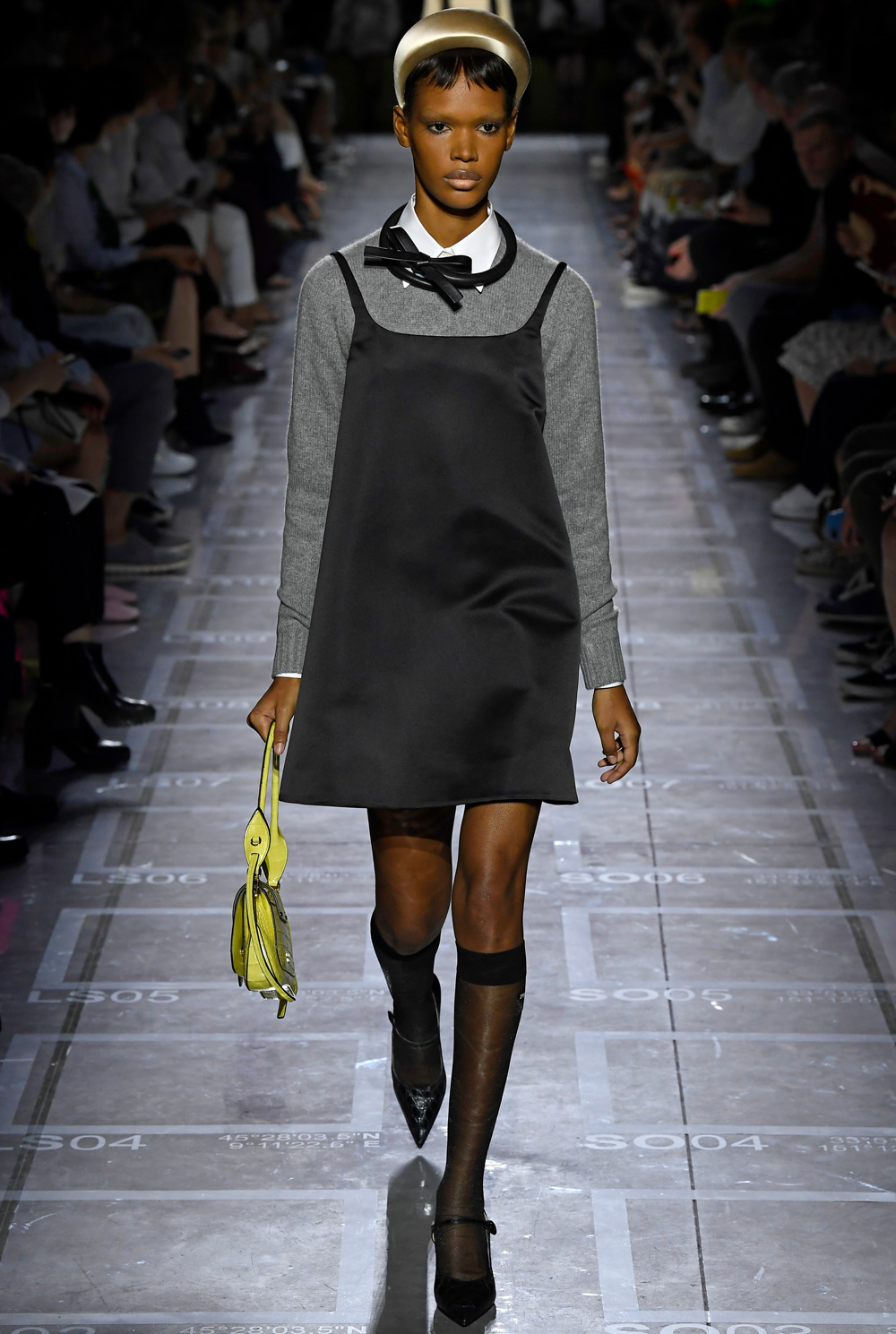 MOSCHINO
Gigi Hadid closed the Moschino show as a fantastical bride, wearing a trailing veil embroidered with butterflies. Meanwhile, Bella Haddid, Kaia Gerber and Kendall Jenner helped showcase the rest of the collection. For his quirky and random collection, Jeremy Scott paid tribute to the elements that go into the design process. 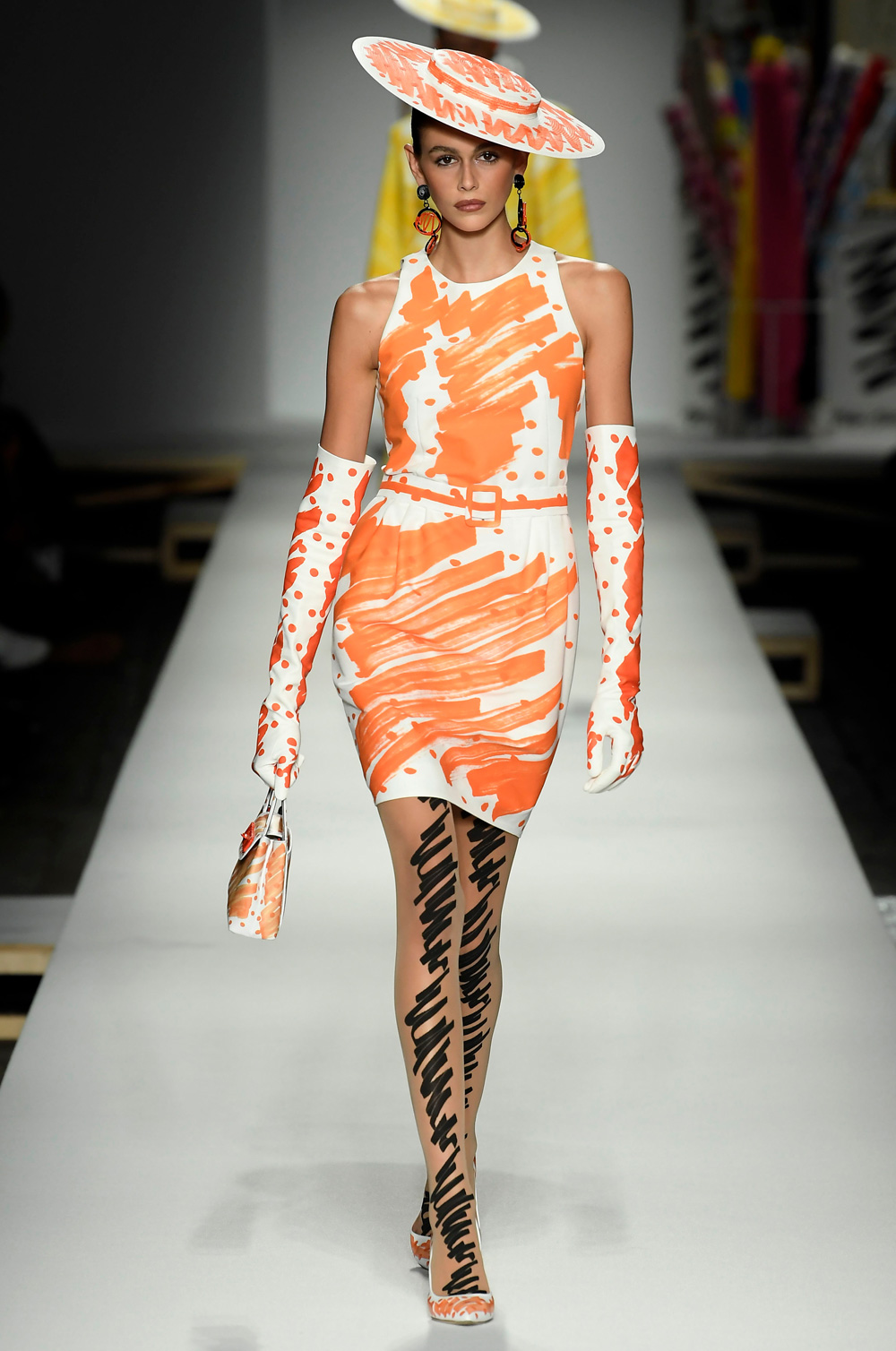 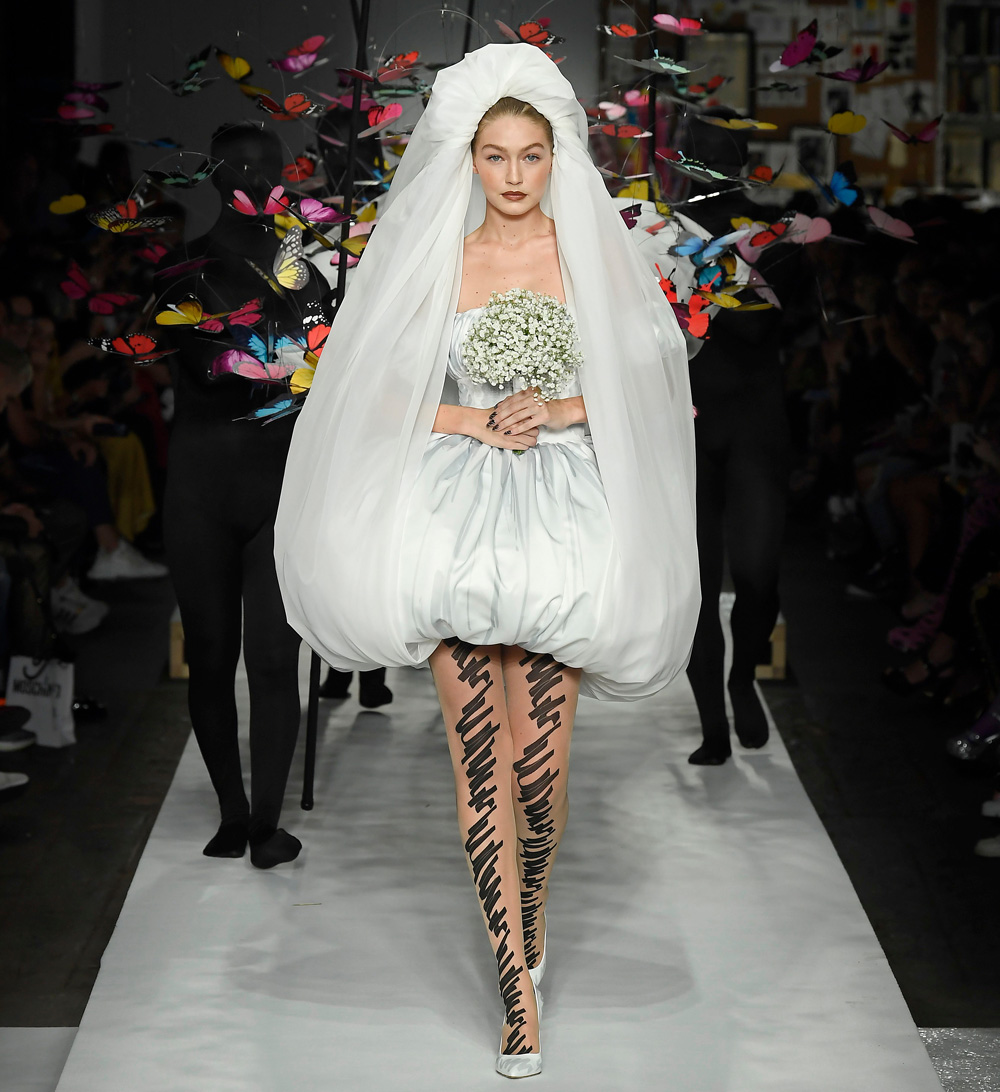 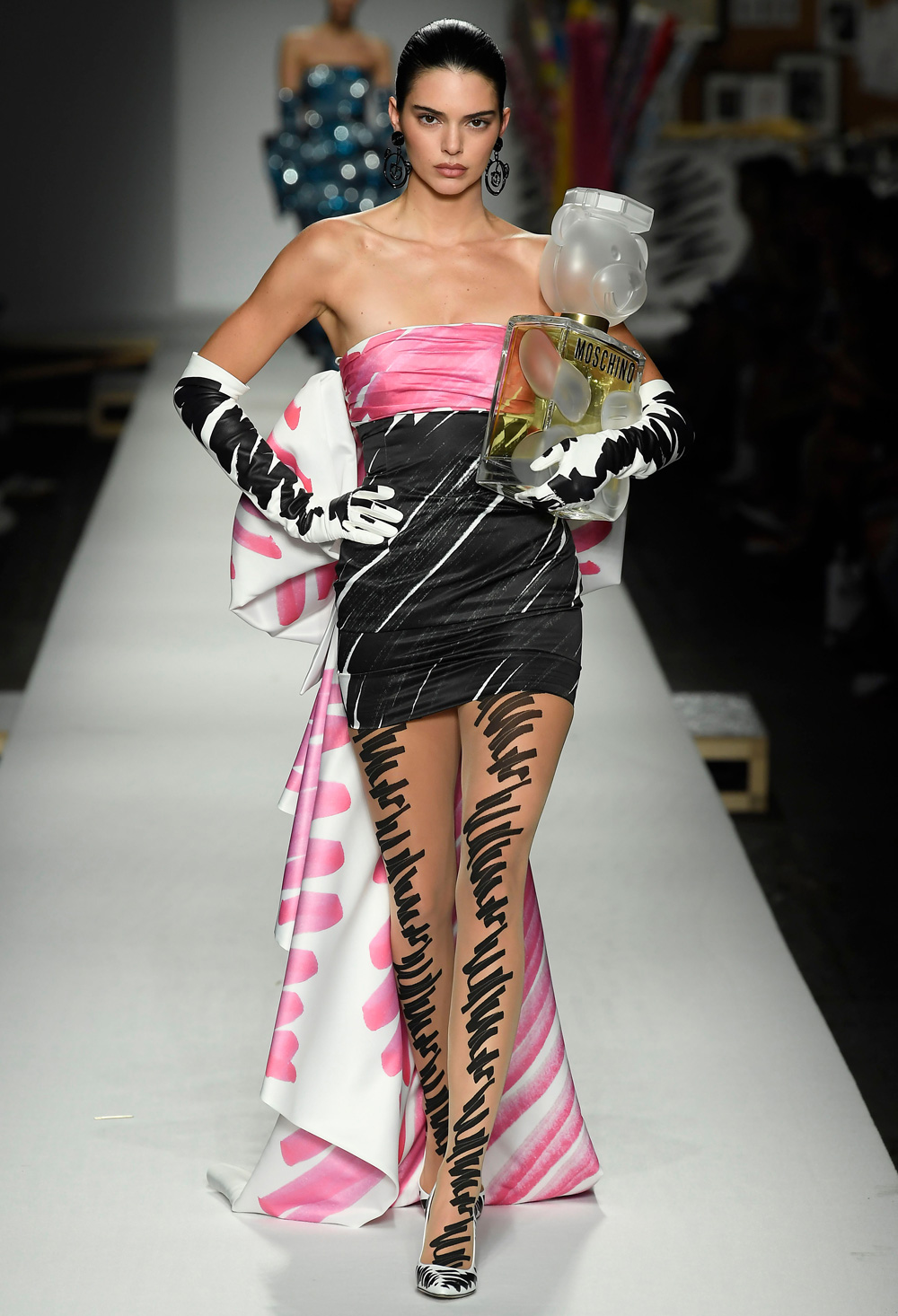