From key names making debuts to going fur-free and Burberry’s new chapter, the English capital has been abuzz with exciting fashion news and events. 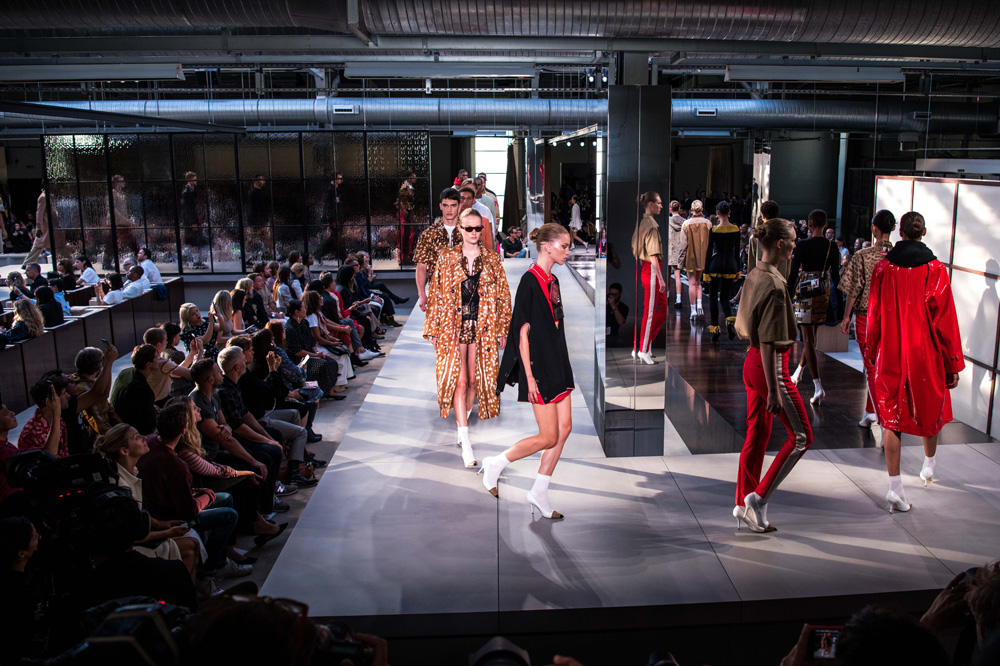 A lot of exciting stuff is happening at London Fashion Week (LFW), which is celebrated for backing emerging brands and designers, as well as delighting us with the familiar ones. With so much daring, avant-garde fashion, this part of fashion month always offers some of the most interesting shows and presentations.  Here are some of the highlights of the spring/summer 2019 edition we didn’t want you to miss.

Victoria Beckham’s homecoming
As well as celebrating her eponymous brand’s 10th anniversary in London, Victoria Beckham presented her main line collection at LFW for the first time in the city. For her homecoming, the ex Spice Girl turned designer chose a gallery in Dover Street, where top models like Stella Tenant and Liya Kebede strutted on the catwalk. 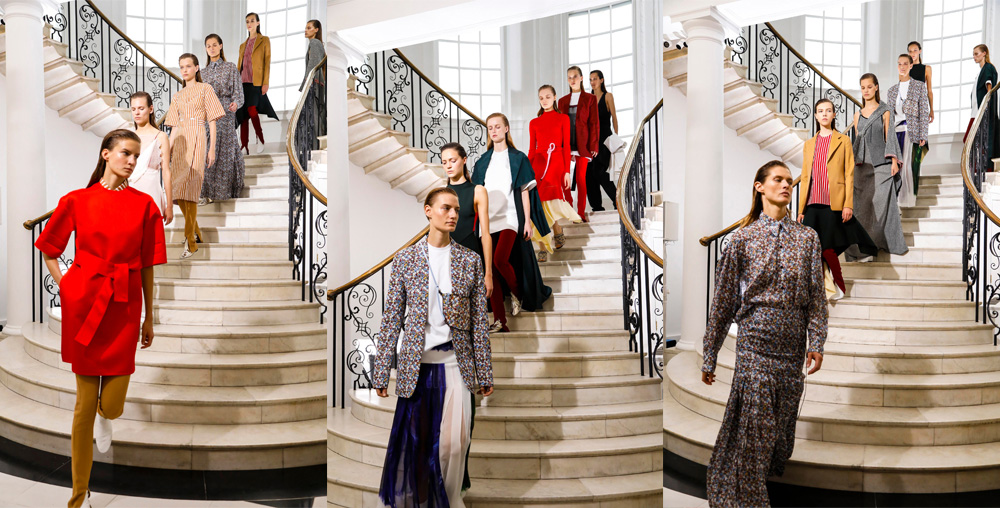 The narrow cut trousers, trench coats, which can be slung over shoulders, oversized leather duster bags and draped silk dresses all came with a strong sense of luxury. A tribute to painter Nicola Tyson, the pops of colour on overcoats and stilettos also made it exciting for the modern woman. 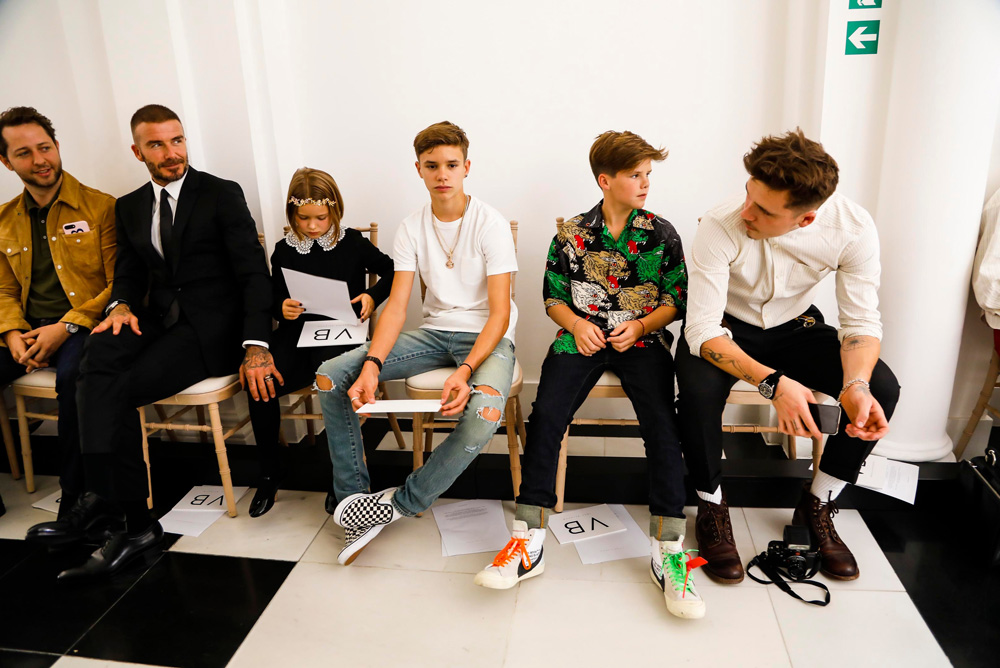 Her supportive family watched as the practical and wearable collection, which celebrates women, was presented.

Alexa Chung makes her debut
Another British designer, Alexa Chung, who launched her eponymous brand in 2017, also made her LFW debut. Chung, who has been known to influence trends, focused on transitions with an "arrivals and departures" theme. And thanks to the airport dressing idea, there was a lot of layering and clashing in her spring/summer 2019 styles.

The models, who walked in a maze (of airport corridors) appeared in various edgy and chic pieces, from slim fitting jumpsuits, slip dresses, coats and printed midi dresses to stretch-knit sundresses and destination scarfs. There were also some matchy printed looks. The 34-year-old former TV presenter and model, who claims she has "imposter syndrome", also took inspiration from different decades.This especially included the 60s and 70s, with references to Bianca Jagger, for example a gorgeous safari suit, and Patti Boyd.

Riccardo Tisci’s first show for Burberry
This LFW, there was even more hype than usual around Burberry, always one of the biggest shows on the calendar. That’s thanks to the new Creative Director Ricardo Tisci taking over from Christopher Bailey. The Italian designer, who designed for Givenchy before, is known for his gothic sensibility and cutting-edge yet sexy style, hailing in a new era for the traditional British fashion house. 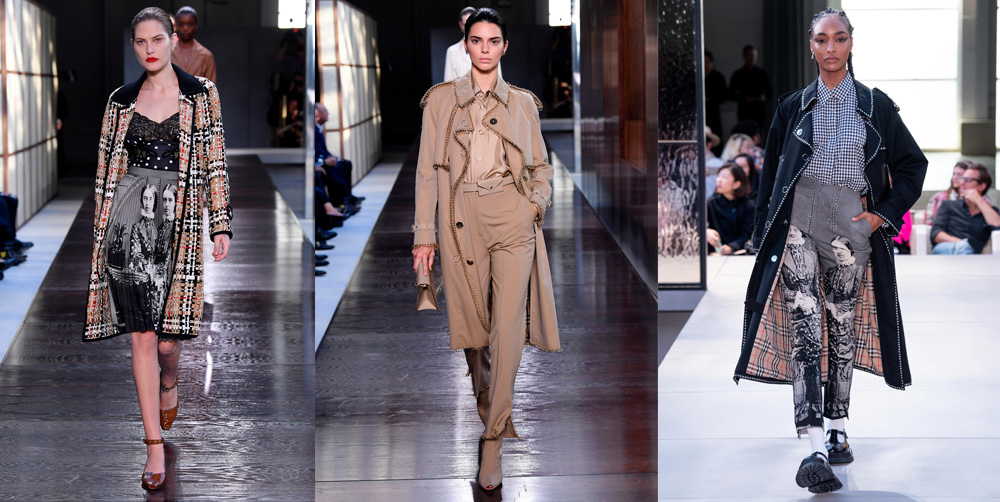 The highly-anticipated debut, titled “Kingdom” was a true tribute to the brand’s heritage and incorporated lots of wearable, elegant and modern pieces done in shades of signature beige that featured the iconic tartan print and a newly designed logo. Plus, the 133 looks, including menswear, had something for everyone, celebrating the melting pot found in England. The collection included streetwear and rebellious or punish looks, as well as head-turning gowns, typical Tisci pieces like lacy slip dresses and other refined pieces,

As his mother and nine sisters watched, a number of A-list models sashayed down the catwalk, including Irina Shayk, Stella Tennant, Jourdan Dunn and Natalia Vodianova. What’s more, Kendall Jenner made her first catwalk appearance of the season, confirming the iconic beige trench (with embellishment) is still very much in.

All the shows are 100 percent fur-free for the first time
London became the first of the renowned fashion weeks to ditch animal fur in all its shows. The decision was made after the British Fashion Council (BFC) carried out a survey asking designers if they planned on using fur in their shows. The survey is a part of the BFC's Positive Change initiative, which aims to encourage good business practices. The project is based around three main pillars; sustainability; equality and diversity; and community and craftsmanship.

"The survey results reflect a cultural change based on ideals and choices made by designer businesses, international brands as well as consumer sentiment - but also encouraged by the stance of multi-brand stores who are moving away from selling fur," according to a BFC statement.

Many brands, including Burberry, Stella McCartney, Gucci and Versace are using alternative materials to fur. The fact there have been more and more anti-fur protestors demonstrating during LFW for the last couple of years also cements the tides of change.

The last couple of seasons have also revealed a host of brands leaning towards a more eco-friendly way of designing as they are featuring recycled plastics and organic materials in their collections.