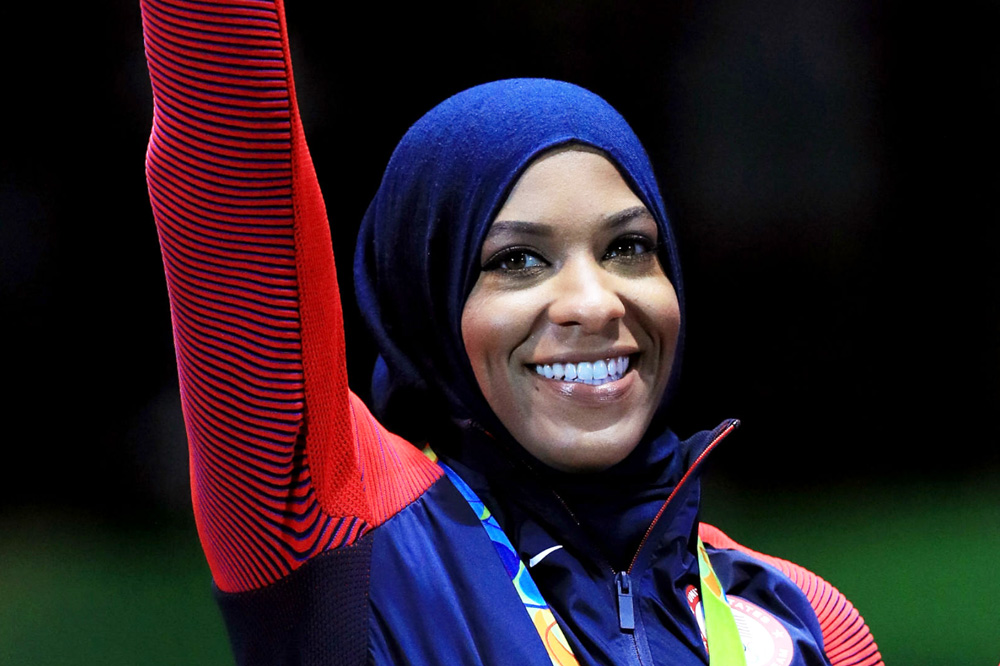 Ibtihaj Muhammad is known the world over as the first Muslim American woman to wear a hijab while competing for the United States in the Olympics. She is also known as the first hijabi athlete to have a doll modelled after her, created by Mattel, the makers of Barbie. Now, the 32-year-old athlete has once again made headlines, this time for her journey to Hajj.

The world-famous athlete took to Twitter last week, sharing with followers a photo of herself in front of the Kabaa with the caption: “Words can’t express the happiness I have in my heart right now having the opportunity to spend this holiday in Makkah. May the efforts of the hujjaj be accepted and I hope Allah invites you to Hajj soon. Eid Mubarak.”

Many of her fans responded immediately to the tweet, expressing their joy at seeing Muhammad performing the holy pilgrimage. Some who were also at Hajj during the same period asked for a chance to meet the athlete, while others asked her about the overall experience and the services that were being provided at this year’s pilgrimage.

Throughout her career, Muhammed has always been open to the public about being a practicing Muslim. Earlier this year, she talked about training during Ramadan, particularly about the challenge she faced finding the right balance between training and fasting. With long days devoid of food and drink, the average person’s body goes through a test of will and might, so for athletes like Muhammad, it can be even more of an intense experience.

Speaking in an episode of BuzzFeed’s podcast “See Something Say Something,” the bronze medalist explained that fasting while training has never been a question for her:

“So, I’ve spent my entire life trying to balance training and Ramadan […] And for me, those…. in doing those two things simultaneously – observing the fast and also training, sometimes for really, really important competitions for me – there was never a moment of doubt of like, 'Oh! I don’t think I’m going to fast for this Ramadan'.”