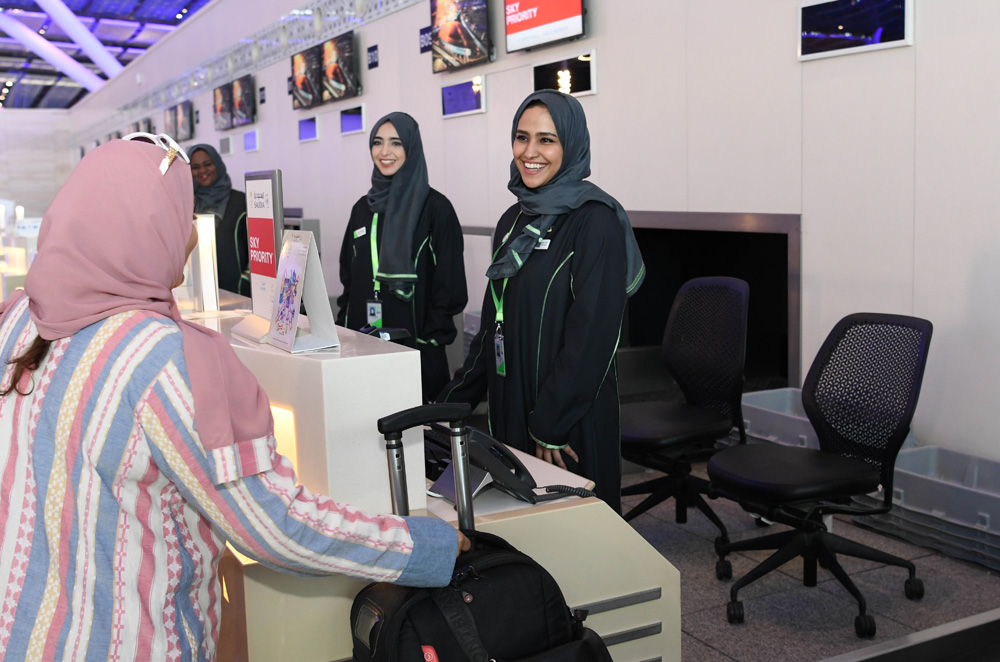 In support and encouragement of young Saudi women engaging and working in new fields, AboutHer decided to visit the headquarters of the Saudi Ground Services Co. (SGS) on Wednesday last week, and meet with the first batch of Saudi women working as service officers at the King Abdulaziz International Airport.

The high spirits and excitement were very much visible in the ladies’ demeanor and attitude, and, we might add, were quite delightfully contagious.

Their Impressions on Working at the Airport:
AboutHer talked to one of the newly appointed officers, Hanna Al-Ahmadi who told us about the nature of her work: “The best thing about my job is meeting people. Helping the passengers, especially the pilgrims during the Hajj season, that are coming to the Kingdom fills me with so much happiness; it really does bring me joy to hear their encouraging comments. Time flies quickly when you’re happy with your job.” 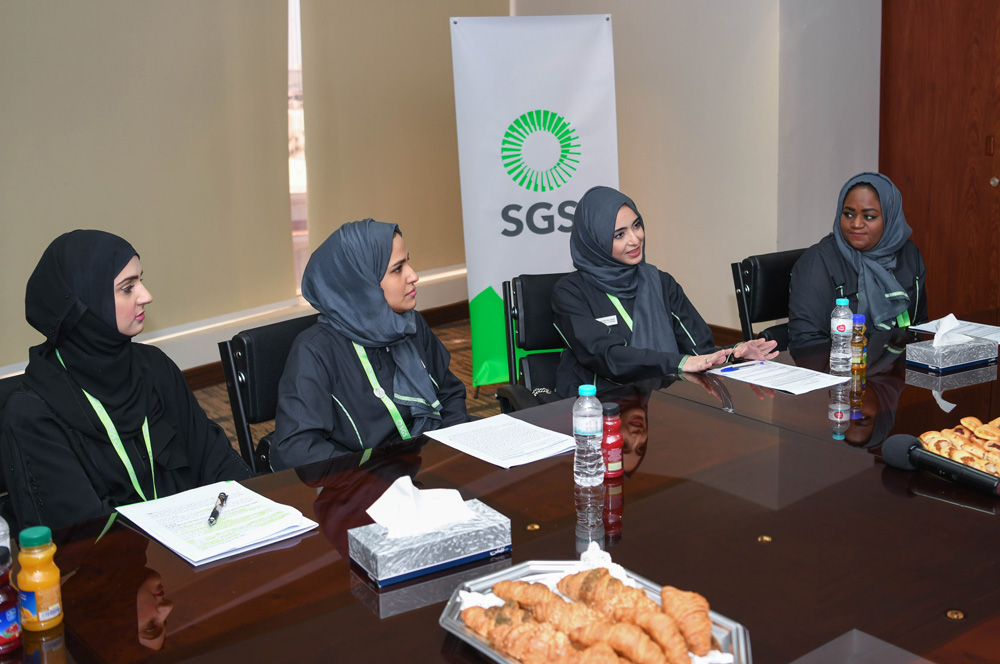 “I naturally like change and so, I get easily bored with routine, but this job at the airport is very exciting, and perfectly suits my restless nature. I meet with new people everyday, and each one of them has a different character and nature to deal with. I always try to help them as much as I can,” said Sarah Al- Kali, a coordinator at the northern airport terminal.

Shireen Rushdi, from the department of passenger services, also expressed to us how happy she was in this job: “We give passengers their boarding cards and check their papers. Our job also includes weighing the baggage, handling seating arrangements, and other related tasks. The beautiful thing about my work is meeting and dealing with the different nationalities from all over the world.” 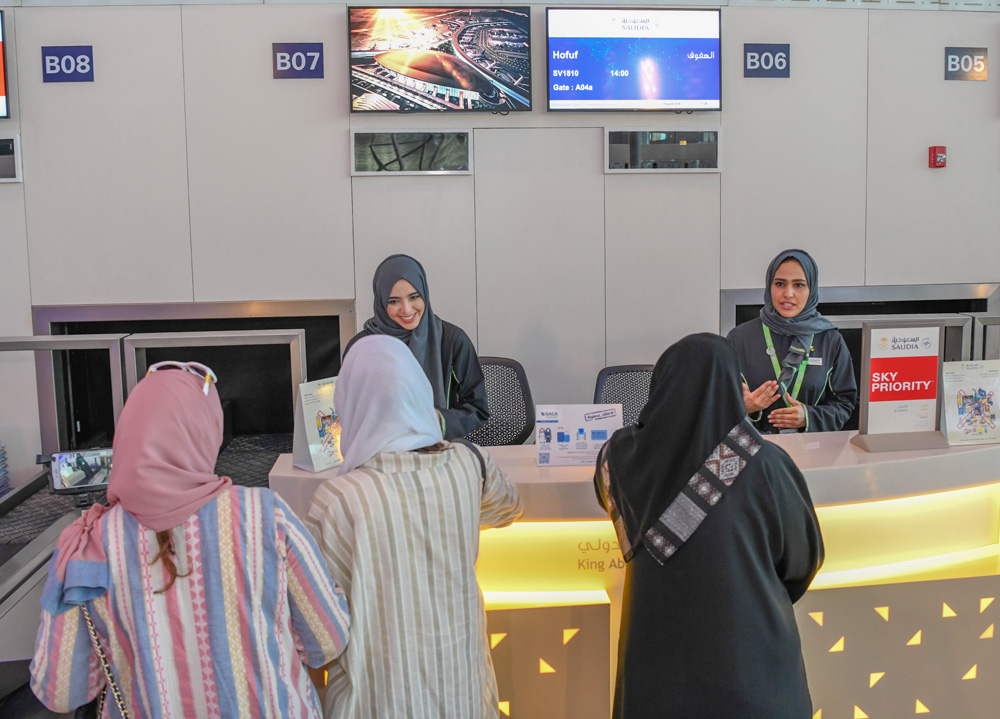 “Your Way to the Future” Program
Communication and public relations officer at SGS, Esra Al-Alem, explained that recruiting young Saudi women was part of the program, “Your Way to the Future”, which was launched in line with the Saudi Vision 2030. It aims to recruit and employ young female graduates to work in the ground services positions at the airport, after they undergo training by experts and specialists. She also added that, "in the end of 2017, December specifically, the first Saudi female was recruited and employed. Now, more than halfway through 2018, we have 80 female employees. We hope this number will amount to 500 young women by the end of the year". 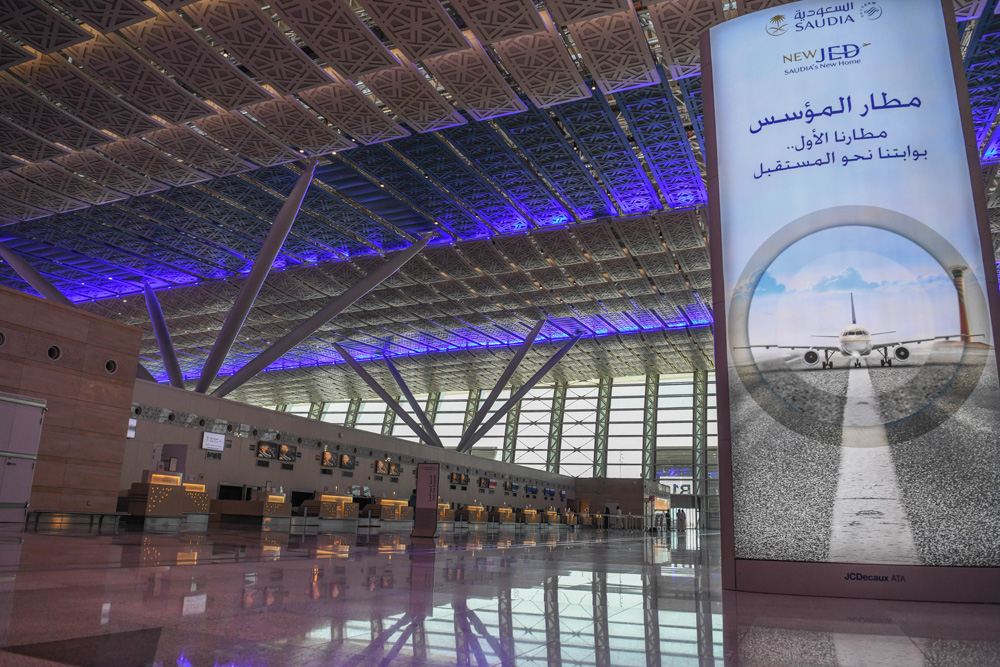 SGS is a Saudi joint stock company providing ground handling in Saudi Arabia to the highest world standards at all commercial airports in the county.