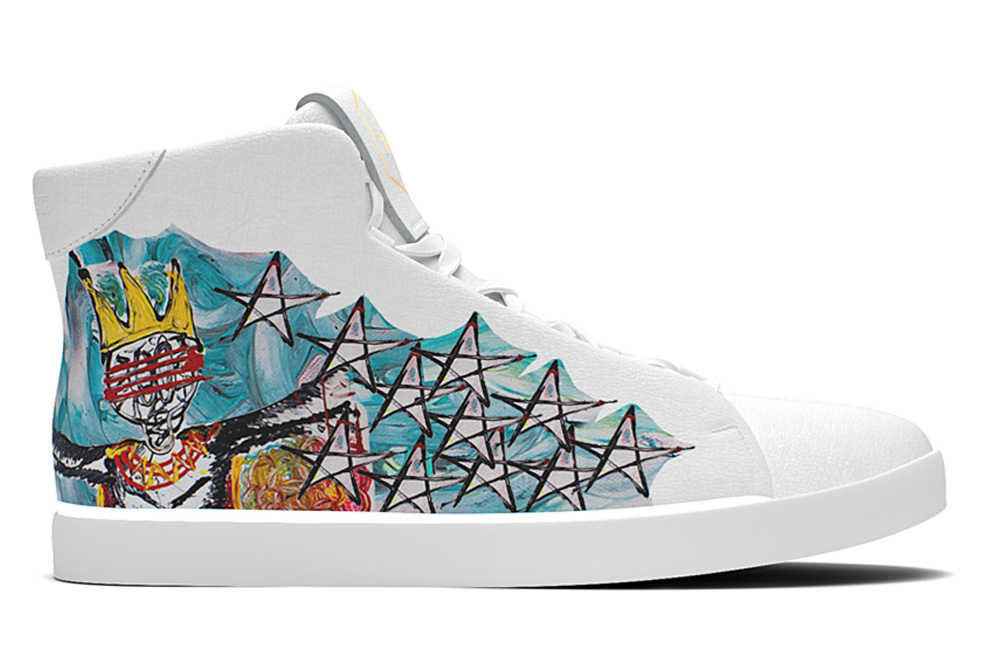 Nour Al Tamimi is a 29 year old Saudi born entrepreneur who turned a university project into a lifelong career. Merging fashion and art, Al Tamimi started out by designing edgy clothing and is has now taken a huge step in creating Saudi Arabia’s first sneaker brand.

The Nou Project is a collection of sneakers adorned with thought-provoking and edgy artwork. What makes them even more unique is that they’re unisex, “That was the biggest thing for me, being Saudi, I was excited to come up with something that was unisex, something that Saudi men and women could wear as equals. People asked about creating flats or cute clutch bags — but I wanted to appeal to both sexes and have them find a common ground,” said the Saudi designer.

Nour obtained a bachelor of fine arts at the School of the Museum of Fine Arts at Tufts in Boston, and later went on to get a master’s degree in Art Business from the Sotheby’s Institute of Art in Los Angeles.

Speaking about her passions for art and fashion, Al Tamimi said, “I was always into art and fashion, I ended up doing my last semester in New York City, where I got blisters from walking around in flat shoes or stilettos. That’s when I realized I wanted to invest in a cool pair of sneakers for daily use.” 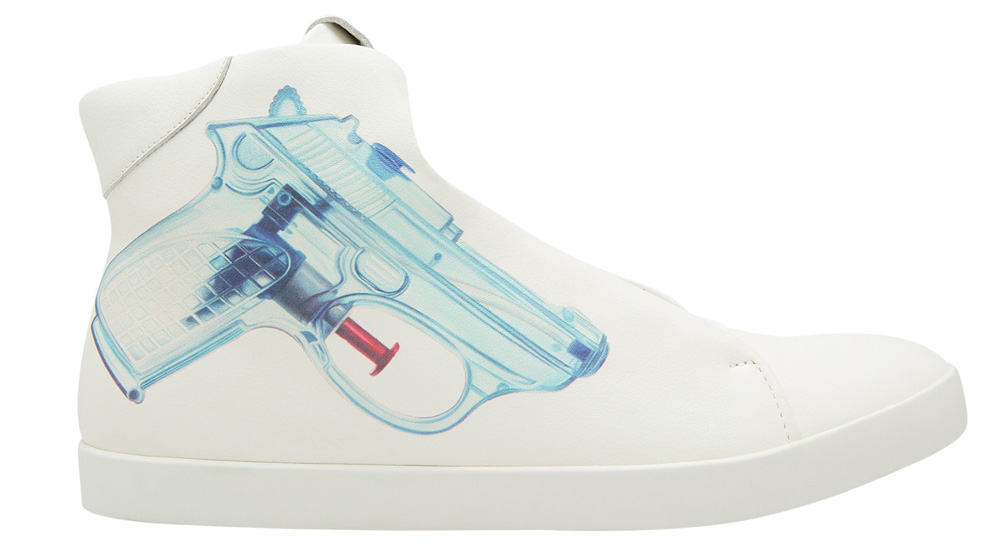 Whilst continuing her studies, she was tasked with a project in which she had to develop a business plan for an idea that would be an advantage for the art industry, which is when the Nou Project was given life. “I thought it would be cool to cater to sneaker-heads and art collectors,” she said,“I wanted to have really cool sneakers with limited art and to have art on a different platform. New York, as a city, was inspirational, and it became about combining my passion for art and fashion.” 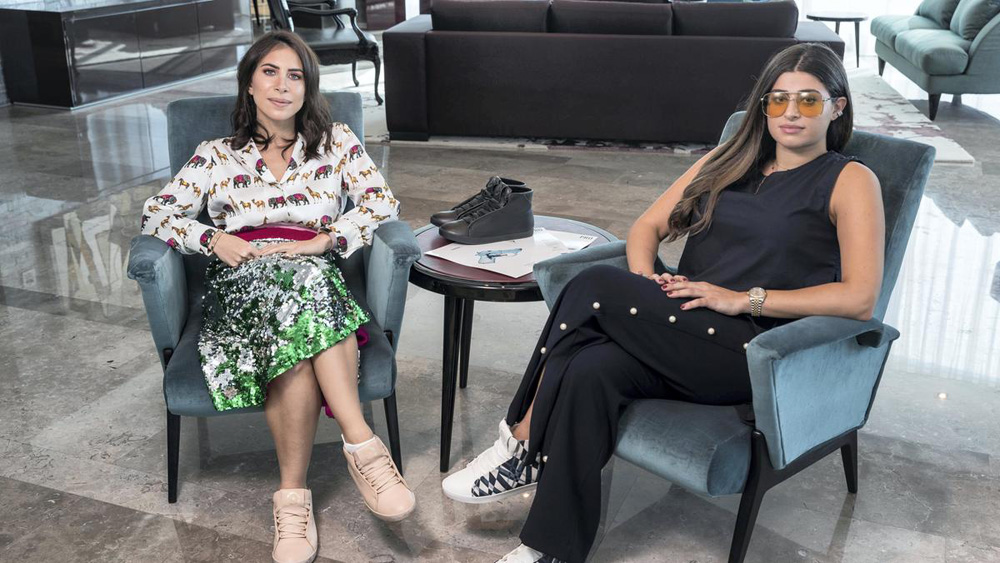 Upon leaving university, Nour Al Tamimi decided to make her business plan a reality and went on to meet her co-creative director, Basma Chidiac in New York. With her knowledge of art and the artists to know about, she featured pop and street art on her first collection and they were an instant hit. Making a statement, Nour featured work by artist James Rawson, whose work touches on social issues such as global inequality and excessive consumption. 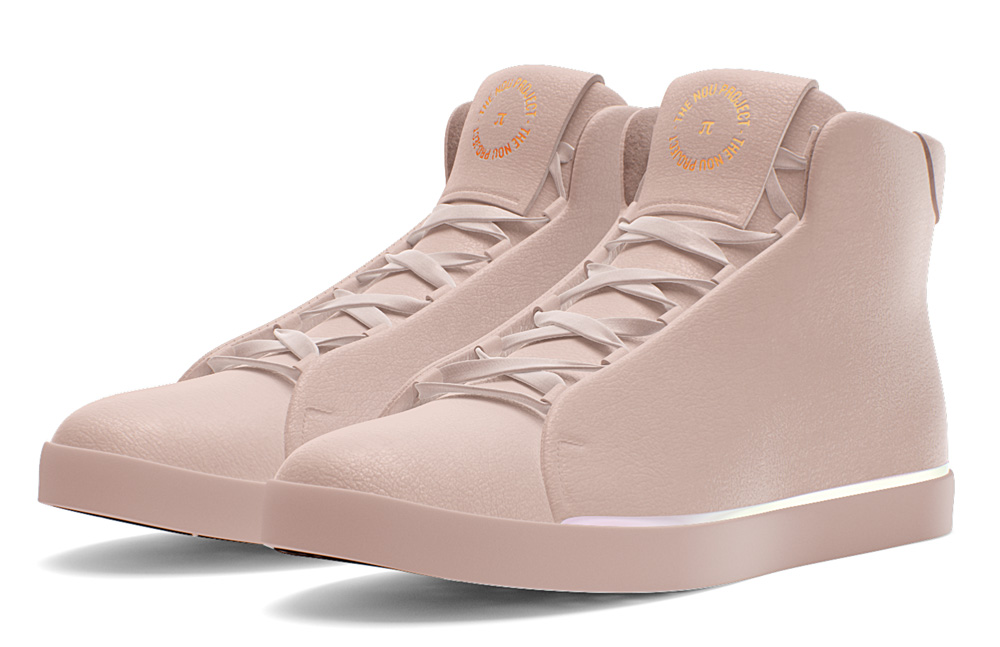 One of the Nou Project’s best sellers includes work by Eric Yahnker who did a portrait of former US president Barack Obama “giving the finger”, to which Nour Al Tamimi explained, “I showed it to my mother, who asked how I could put that on a shoe and wondered what people would think or say, but it became our bestseller, so it’s important to remember that art is all about things that are shocking. It’s about commenting on current affairs and pointing out issues.

Fans of the quickly growing brand are also requesting particular pieces of work to be painted on to the much sought after sneakers, including an artwork of President Trump blow- drying his hair, Al Tamimi believes that “those shoes point to the value of art and art history.”

The young entrepreneur also enjoys working with other Saudi artists, one in particular being Rexchouk, who is based in New York and has showcased his art at the Walton Fine Arts Gallery in London. Nour said of the artist, “I admired his courage and the way he never studied art but knew this was his passion and what he wanted to do. It’s really nice to support each other as Saudis. He is one of the artists who means a lot to me. But I love them all — I was really excited about our collaboration with the Untitled Art Fair in Miami last December because we did 55 pairs with three artists showcasing there.”

Being Saudi’s first sneaker brand is a huge accomplishment for Nour Al Tamimi, and though the journey she began in 2015 has been quite the challenge, she is very much supportive of the emerging art scene in Saudi Arabia and hopes to see more Saudi artists enter the art scene there, “I’m so proud of all of them,” she said. “I would tell young Saudi women looking to start their own business to work with other startups as they encourage each other to grow. We are all in a creative industry, so helping each other out will help you to stay ahead of the game.”