What Do You Know About the Magnificent National Museum of Saudi Arabia?

You’ll be amazed by what you find at one of the Kingdom’s most prominent cultural treasures. 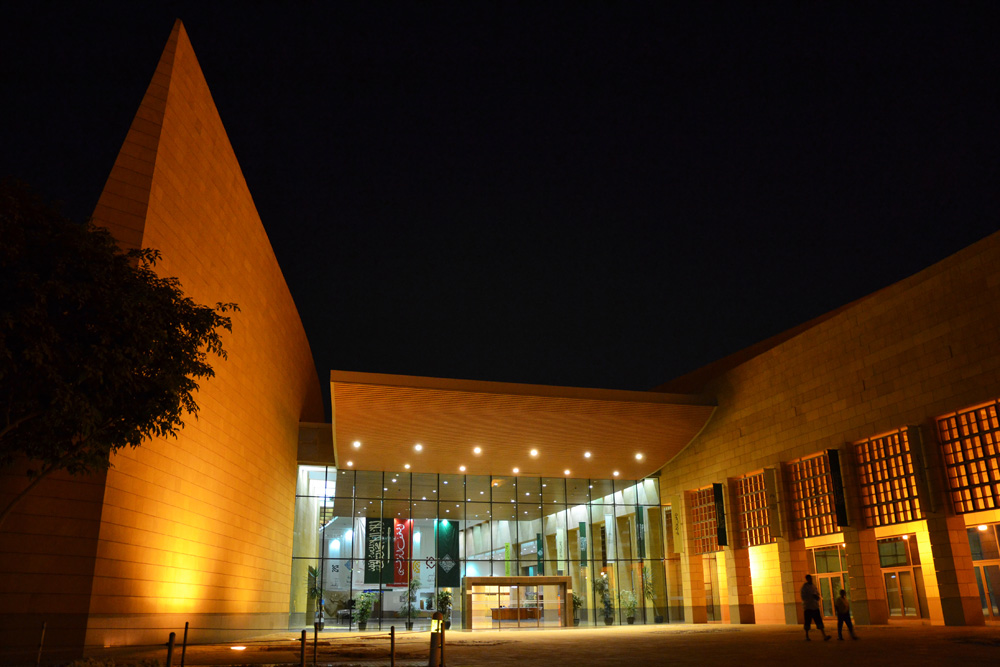 You’ll be amazed by what you find at one of the Kingdom’s most prominent cultural treasures.

With its fascinating display of Saudi Arabian culture, past and present, Riyadh’s National Museum of Saudi Arabia is a magnet for residents and tourists alike. Priceless artifacts from all corners of the country, manuscripts, replicas and life size dioramic displays have helped it become one of the most popular museums in the Gulf. That’s not to mention the gorgeous sand dune-inspired architectural design and all that serene landscaping. 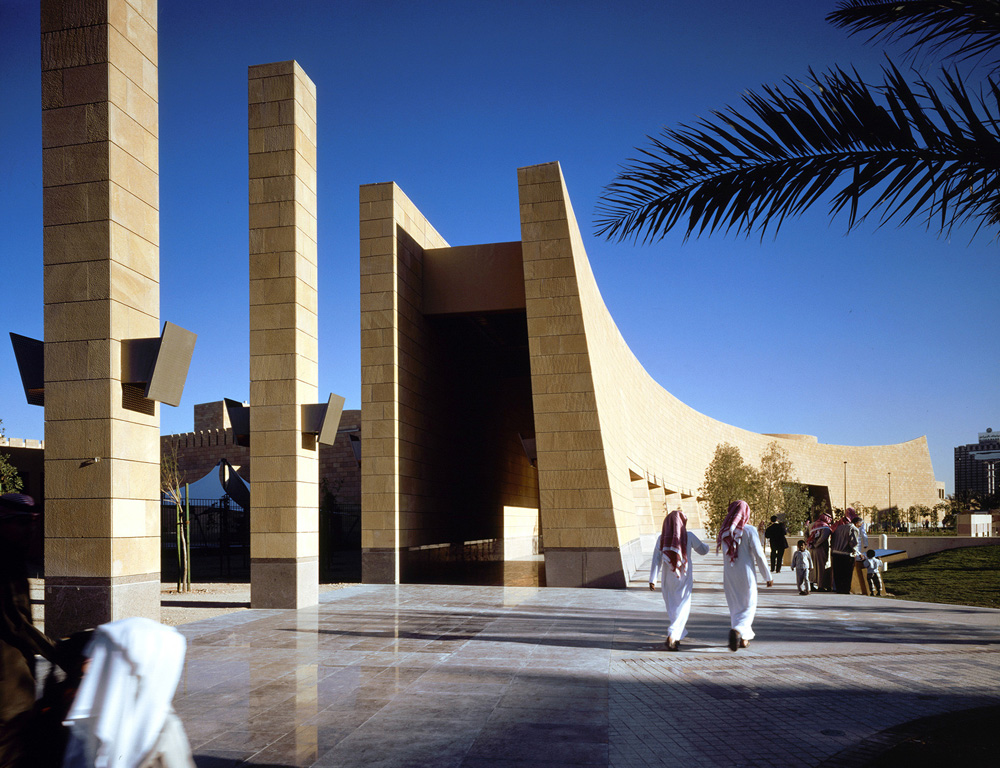 The museum is situated in King Abdul Aziz Historical Centre, the former compound of the Murabba’ Palace that was built in 1936/37 by King Abdul Aziz Al-Saud. Building the museum was included as part of the Murabba' Development Plan to refurbish the whole area around the district for the Centennial Celebrations in 1999. That meant there was a deadline for everything to be completed, leaving only 26 months to get the job done. 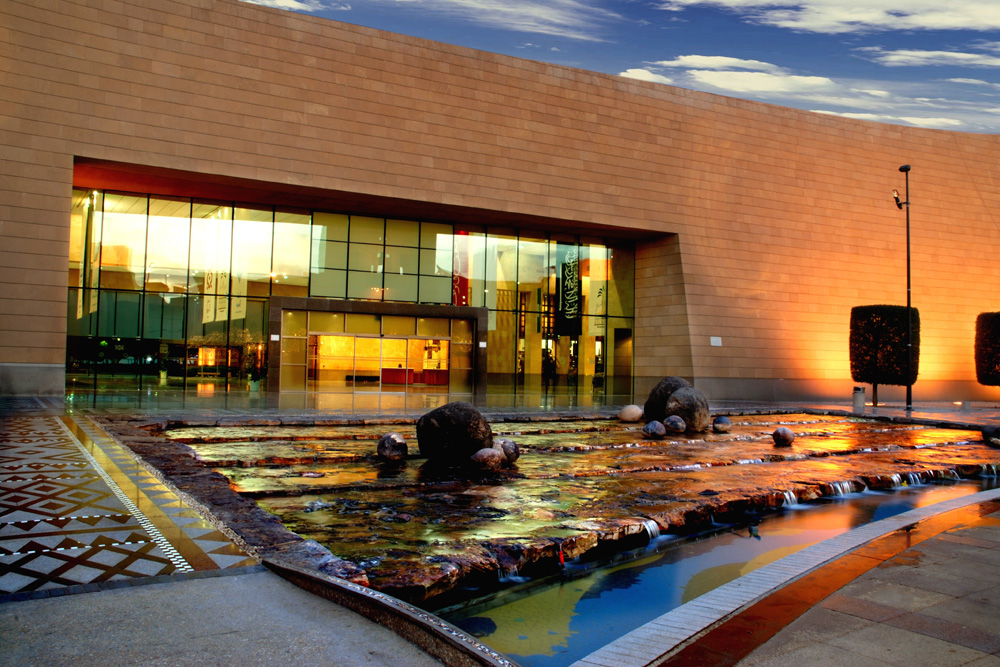 With their riveting colours and forms, it was the sand dunes found in “Red Sands,” situated just outside the capital, that inspired lead architect Raymond Moriyama as he was working. For example, you can see how the part along Murabba' Square resembles the soft contour of a sand dune, while a crescent points towards Mecca. 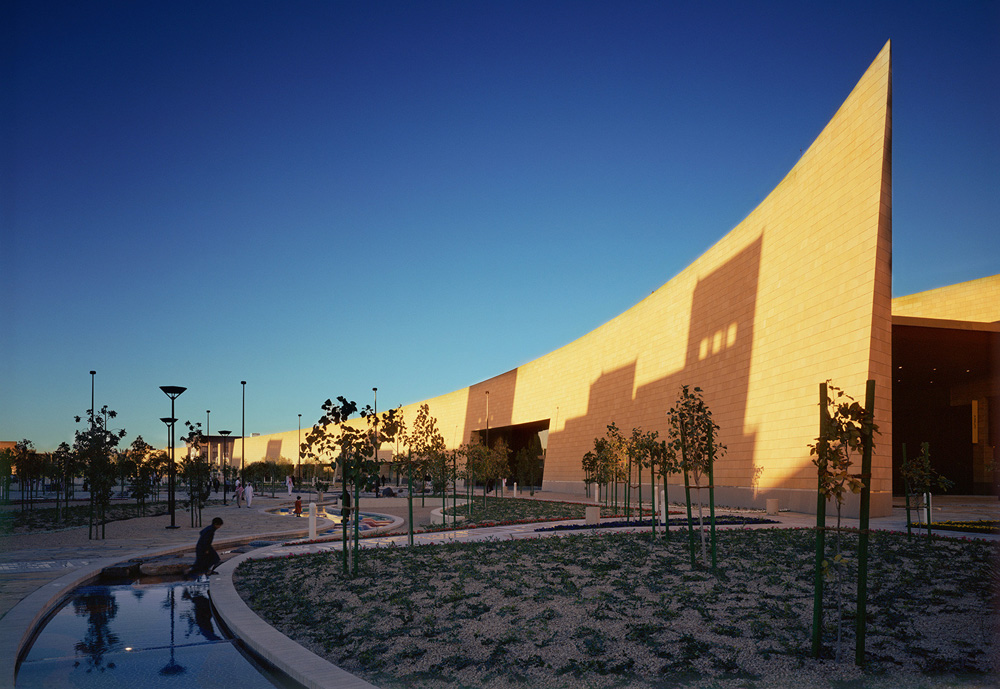 The concept behind the didactic designs of the informative exhibitions, which allow visitors to focus on the general ideas or concepts the pieces represent, is somewhat different to many classic museums. 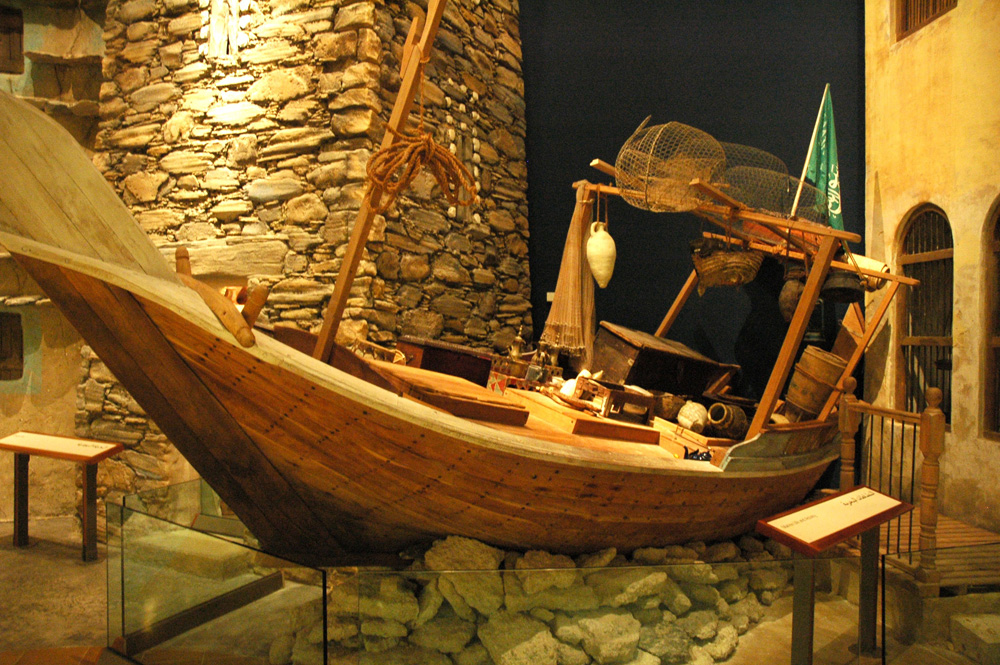 Here’s a detailed look at what you can find in the museum’s eight halls:
Man and the Universe Hall: This hall is all about very early human life and shows how geological changes impacted them. As well as a large fragment of a meteorite found in the Rub’al Khali desert, there are skeletons of extinct animals that roamed the area, like the Mastodon. Plus, interactive displays explain things like the solar system and the development of flora and fauna in the Arabian Peninsula. There is also a section that features the primitive techniques and tools used by prehistoric man, and you can even find pottery objects belonging to the Obaid Civilization. Other attractions include a model of the Tuwaiq Mountain range displayed inside a small cave and an ancient human handprint carved in a rock.

Arab Kingdoms Hall: Focusing on ancient Arab civilizations, this hall highlights Arab Kingdoms of the Middle Ages and late Arab Kingdoms, with a time span ranging from the fourth millennium BC to the fourth century AD. Visitors can see a model of the Tayma Wall built with natural stones, a group of stone slabs that was found in the Tabuk region, as well as learn about the history of writing and eyeing some of the oldest scripts. There’s an Assyrian drawing showing the 853 BC Battle of Qarqar, artifacts that date back to the Nabataean period, plus treasures and relics from the multicultural city of Thaj, which was uncovered during the Arab Kingdom period.

The Jahilliya Era Hall:  Also known as the Pre-Islamic Era hall, it shows how Arabs lived before following the Islamic prophet, Muhammad, peace be upon him. Guests can learn about the important cities like Jaresh, Khayber, Najran and Dawmat al-Jandal that played active cultural and economic roles, in addition to Mecca. The displays also show the trade route before the advent of Islam.

The Prophet’s Mission Hall: The fourth hall offers all the information you need to know about the Prophet Muhammad, peace be upon him. As well as getting to know his family and lineage, visitors can get an insight into all the major events of his life, including his birth in Mecca, his migration to Medina and his marriage. The exhibited materials include manuscripts of the Holy Quran, paintings and road maps that show how he moved to Medina.

Islam and Arabian Peninsula Hall: This hall follows a timeline that spans from the beginning of Islam until World War 1, when the Ottoman Empire was disbanded. The first section focuses on Islam after the Prophet Muhammad, peace be upon him, arrived to Medina. The hall also shows what Muslims excelled in, their contributions to science and shines the light on calligraphy.  Discoveries from important Islamic sites can also be inspected. Additionally, if you’re interested in the Abbasid and Ottoman periods, this is the hall for you.

First Saudi State and Second Saudi State Hall: The museum’s sixth hall is divided into two sections. The first section educates visitors about the first Saudi state’s initial ruler, Imam Muhammad bin Saud, covering his historic meeting with Sheikh Mohammed bin Abdul Wahab in Dirriyah. The biographies of the Imams who succeeded him are also featured. The second section looks into the second Saudi state, founded by Imam Turki bin Abdullah. His son, Imam Faisal bin Turki, succeeded him after he was assassinated and managed to regain power after the invasion by Muhammad Ali Pasha.

Unification of the Kingdom Hall: This hall shows how the Third Saudi State was established. The modern Saudi state was founded when King Abdul Aziz Al-Saud captured Riyadh in 1902. The hall features architecture from various parts of the Kingdom, and you can find scripts, weapons, rare books, documents, coins and various utensils. As well as narrating the story of unification of the Kingdom, there’s the account of how oil was discovered.

The Hajj and Two Holy Mosques Hall:  The museum’s eighth hall, which has five sections, looks into the importance of Hajj, its rituals and the role of successive Islamic countries in preserving those rituals. Visitors can marvel at historical routes pilgrims took, plus road signs and objects hajjis left. The hall also shows how Mecca and Medina developed, and the role King Abdul Aziz Al-Saud played in the development of The Great Mosque of Mecca and The Prophet’s Mosque in Medina, boasting large models of both. There’s also a model of Medina.

DID YOU KNOW?
According to The Cooperation Council of the Arab States of the Gulf, the National Museum was a contributing factor in Riyadh’s designation by UNESCO as the Cultural Capital of the Arab World in 2000.