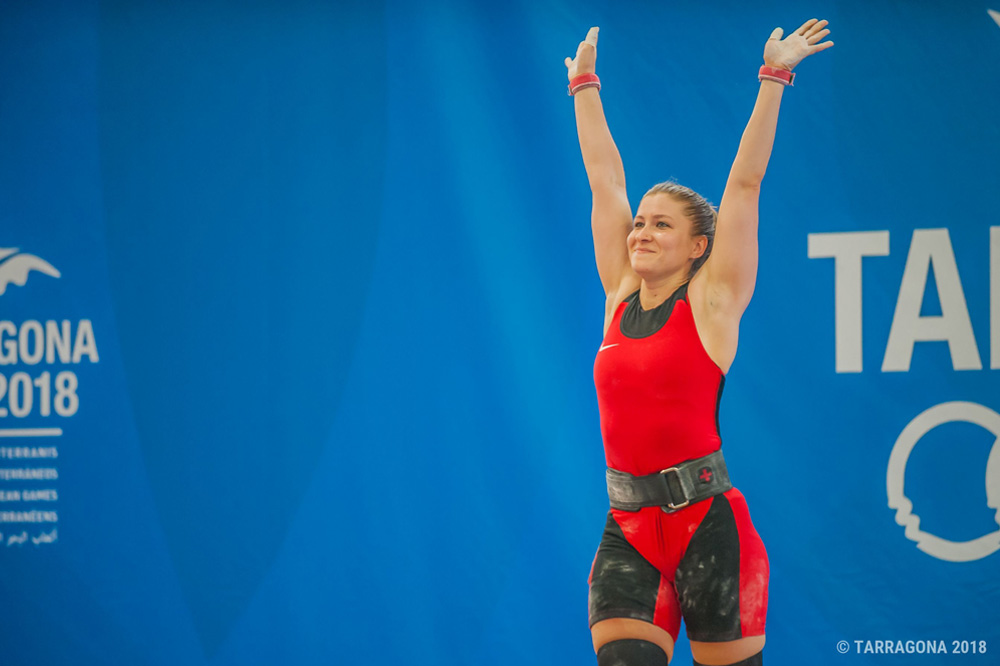 Meet Mahassen Hala, the first woman to represent Lebanon in Olympic Weightlifting and in numerous other international competitions.

AboutHer.com spoke to Mahassen about her fitness regime, how it all started for her, and the physical, emotional, and mental strength it takes to balance her work, passion, and life.

You are the first woman to represent Lebanon internationally in Olympic Weightlifting. Tell us about your current life and journey with weightlifting and your goal of participating in the Olympics?
I first started lifting in 2004 for fun in school. As a youth and junior competitor, I won two USA national titles, broke the Florida State records, and medaled at the Youth Pan-American Games held in Ecuador.

When I graduated from school, I made the decision and personal commitment to represent Lebanon for the rest of my life as an athlete and as a proud Lebanese woman. In 2014, with the support and coaching of my husband Ryan Paiva and his cousin Charles Paiva, I became the first woman to represent Lebanon at the IWF World Championship held in Almaty, Kazakhstan.

In 2015, I competed again at the IWF World Championship held in Houston, USA and earned the first IWF Olympic Qualification Points for Lebanon by a woman.

During the spring of 2016, I lived in Beirut and was training with internationally respected Lebanese coach, Hajj Souheil Kaissi and Lebanese Weightlifting President, Hajj Hassenen Moukalled. I wanted to improve my technique and learn from their international training experience. Of course, the training was very beneficial, but it was also a very special time for me because I was visiting and reconnecting with my family during Ramadan.

In September of 2017, my husband and I made the difficult decision to leave Beirut. I moved to Beaufort, South Carolina to train full time with Rayford Jones, coach of IWF world champion and record holder CJ Cummings in preparation for the 2017 World Championship, where I earned a top ten finish. Coach Ray has been a game changer for me and my career. Not only have I gotten stronger, I have remained injury free. It is a difficult sacrifice to live away from my husband who I see for only a few days each month, but we are both very committed to each other and our dream.

Our plan is to continue to train in Beaufort and Beirut as often as I can to prepare for the 2020 Olympics to be held in Tokyo, Japan. 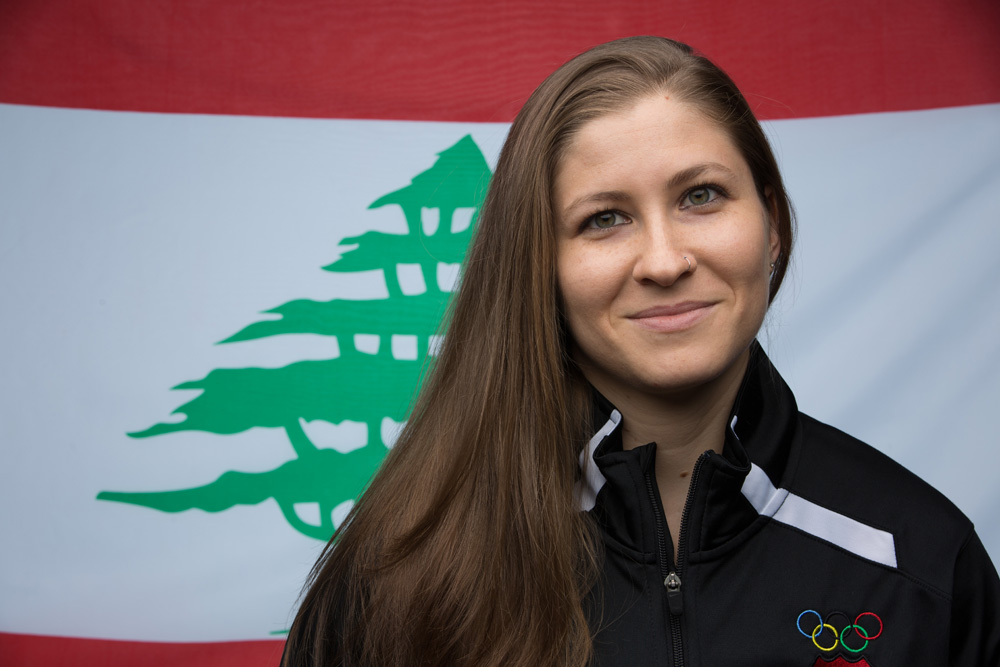 What do you feel has been your greatest achievement in your career so far?
In June, I represented Lebanon at the 2018 Mediterranean Games and earned the first international medal for Lebanon in women's Olympic Weightlifting. Words cannot describe how it felt to bring honor to Lebanon, my family, and my coaches and achieve this new milestone.

Being an Arab woman, weightlifting isn't the most conventional sport and career path. How did your family/community take it when you made the decision to pursue the sport?
My family and community have always been extremely supportive and excited about what I am trying to accomplish. My family was more surprised than anything when this journey began because growing up I was always very shy. I dreaded being in the spotlight, so choosing a sport that requires me to be in the middle of a big stage by myself with people judging what I'm about to do was a huge step for me.

Weightlifting takes a lot of strength and discipline, tell us about your training regime and what it takes to achieve the level you are at?
I train very hard five days a week, Monday through Friday, for two to three hours each day and the time outside of the gym is equally as critical. I have to take care of my body by constantly working on flexibility, taking ice baths for recovery, getting quality sleep every night, and following a very strict diet for the purposes of recovery and injury prevention. 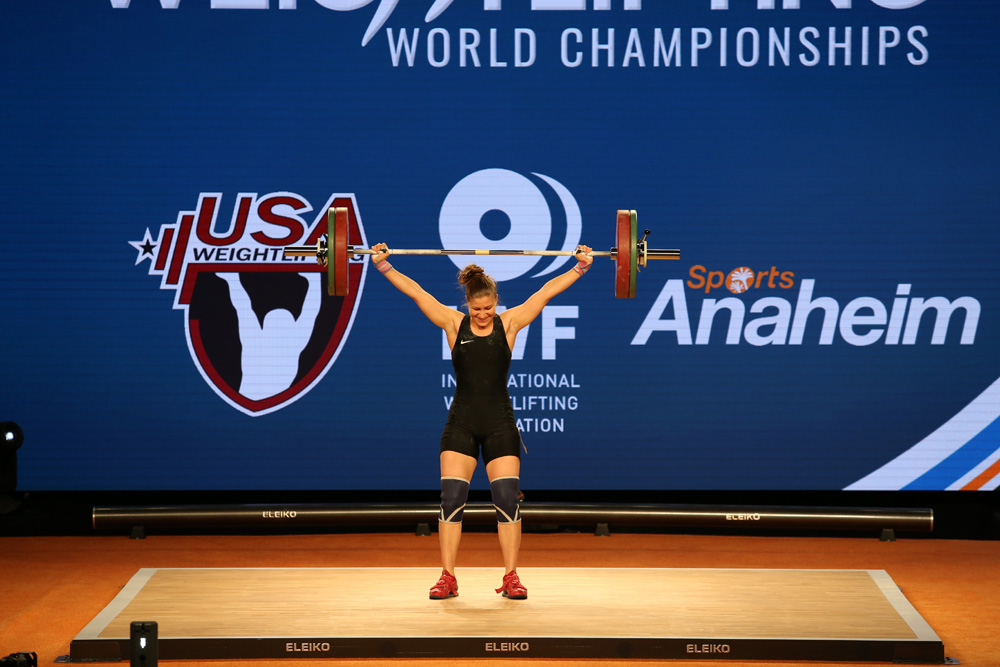 To keep a balanced life I also enjoy my work in finance, and for fun I like being outside, watching movies, and I sneak in some ice cream on the weekends. When I am with my husband we like to cook, travel to new places, and spend time with family.

Saudi Arabia is now making major reforms for women's rights, from driving to sports. What do you hope to see for the future of Saudi women, especially within the sports industry?
I am very excited to read about the reforms for women's rights and I hope to see the first woman to represent Saudi Arabia in Olympic Weightlifting very soon. Arab women are strong, and I will be proud to work with other Arab women in international competitions. Women are capable of being as strong and as independent as our male counterparts, so I would like to see a point in the future where women in the sports industry isn't a surprise.

What challenges have you faced in your career and how did you overcome them?
The biggest challenges I have faced have been injuries from training and not being able to be with my family. To compete at the highest levels, it takes a lot of sacrifices and in my heart I know that I can overcome any pain and do what I must to succeed. When I face a challenge, I think of those who have made bigger sacrifices and felt greater pain and I remember who I am lifting for. I believe that every Lebanese, especially those in the diaspora, have a responsibility to give back and contribute to building up our homeland with whatever unique talents they have. Overcoming obstacles and having 100% dedication is not a choice, it is a responsibility that I take very seriously. 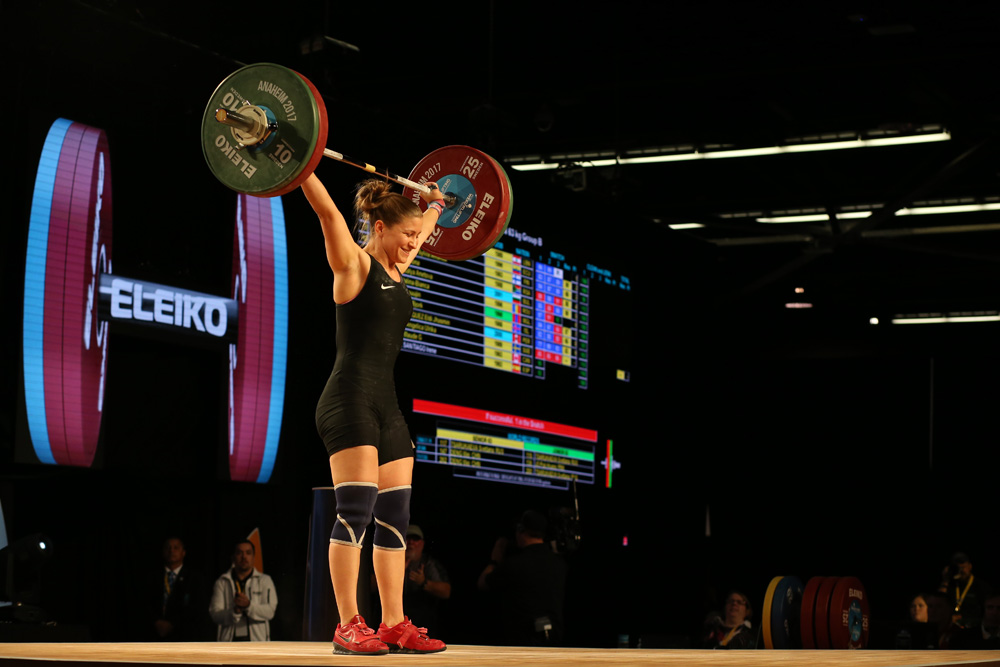 Who are the women that inspire you and why?
Ray Bassil is an inspiration to all Lebanese women as a world champion and Olympian in Trap Shooting, and a UNDP Goodwill Ambassador for Youth and Gender. She also uses her platform as a successful athlete to promote and help lead the Women Leaders Counsel in Lebanon. Ray Bassil is a great example for female athletes who want to excel in sport and give back to their community.

Egypt's Sara Ahmed was the first Arab woman to earn an Olympic medal in weightlifting at the 2016 Olympics. I admire her strength and beautiful technique, and am inspired by the accomplishments of a fellow Arab woman in our sport.

Amal Clooney is an inspiration to the Lebanese diaspora. Even though she was raised outside of Lebanon due to the war, she recognizes her Lebanese and Arab heritage, and her responsibility to contribute her skills and resources to improving the situation for those in need.

How do you use your position as a weightlifting champion and sportswoman to inspire and empower other women?
After the world championship in 2014, I received many messages of support through Facebook and Instagram, and questions from Lebanese women all over the world who are interested in sports. Representing Lebanon made me aware of the impact one woman can have by pursuing her goals fearlessly. I am always more than happy to talk with Arab women, on my Instagram, who are interested in becoming sportswomen. 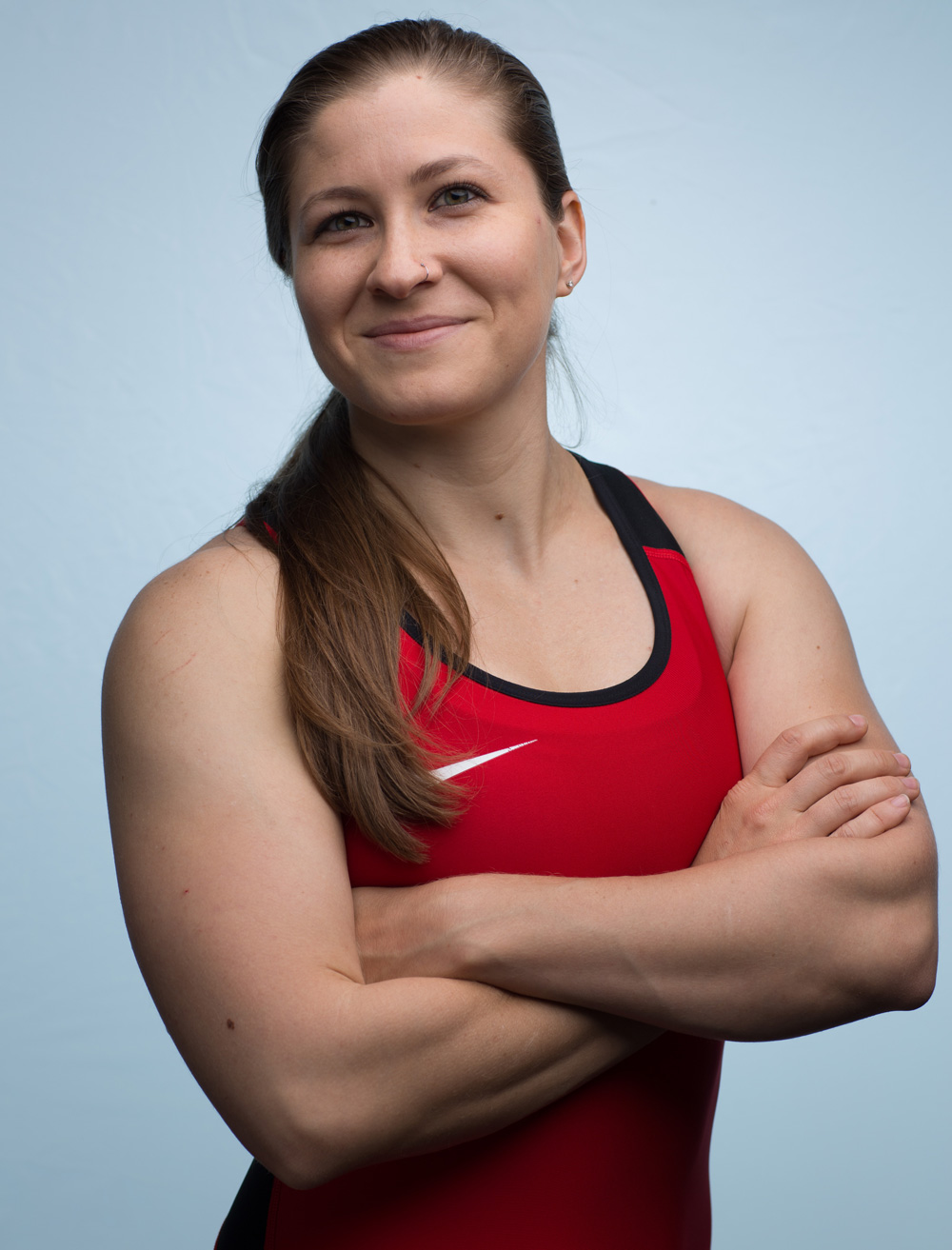 My mission now is to be the first woman to represent Lebanon in weightlifting at the Olympics in 2020, and then use that accomplishment and publicity to expand this field for women in Lebanon, and in the Arab world. 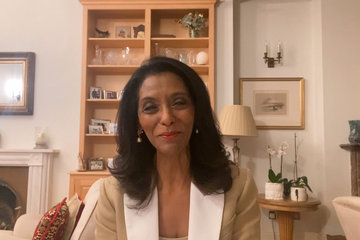 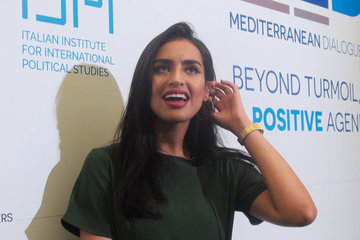 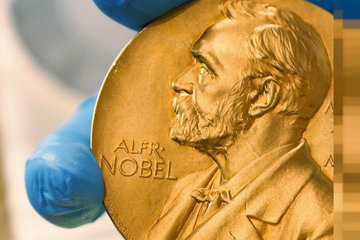 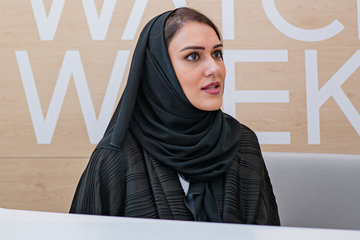 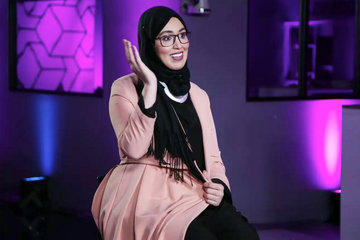