Paris Fashion Week: In The Navy with Christian Dior

Navy blue reigned at Maria Grazia Chiuri’s sophomore ready-to-wear collection, which was presented at Paris's Musée Rodin. Inspired by a Chirstian Dior quote that makes it clear navy blue was one of his favourite hues, the Creative Director even had the catwalk lit in a similar colour. 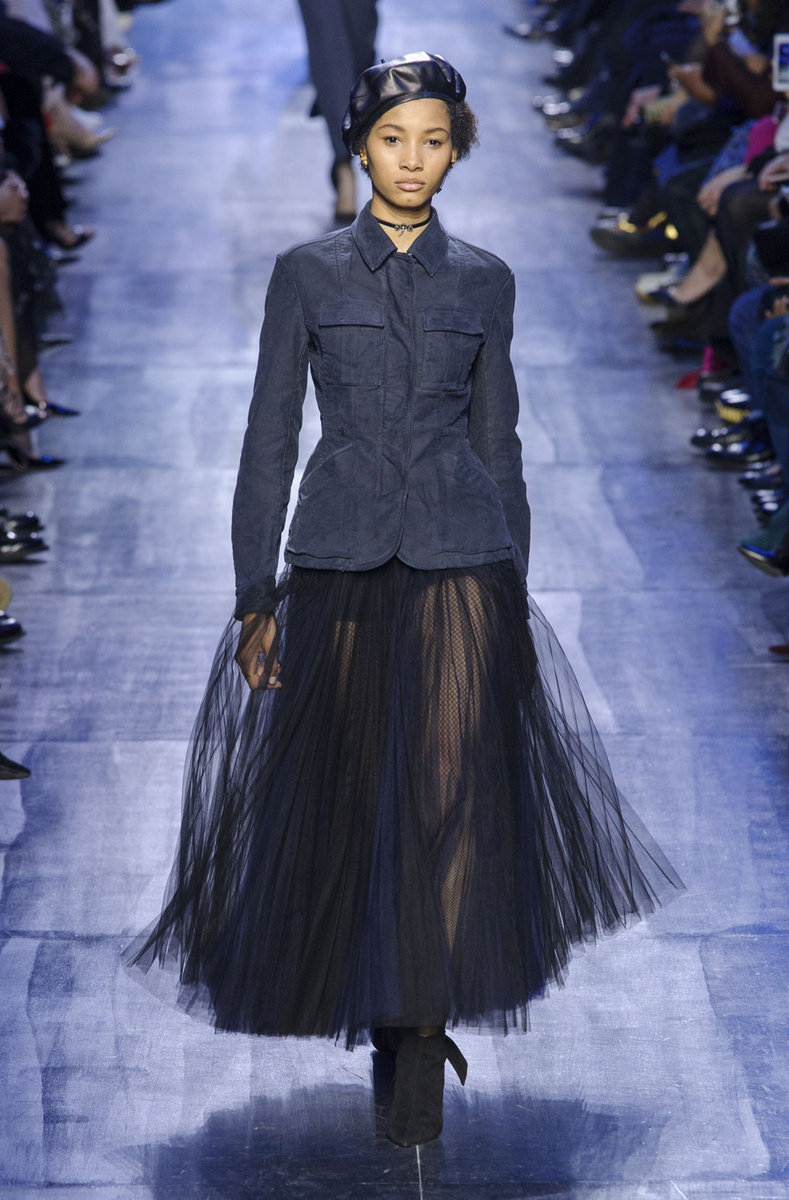 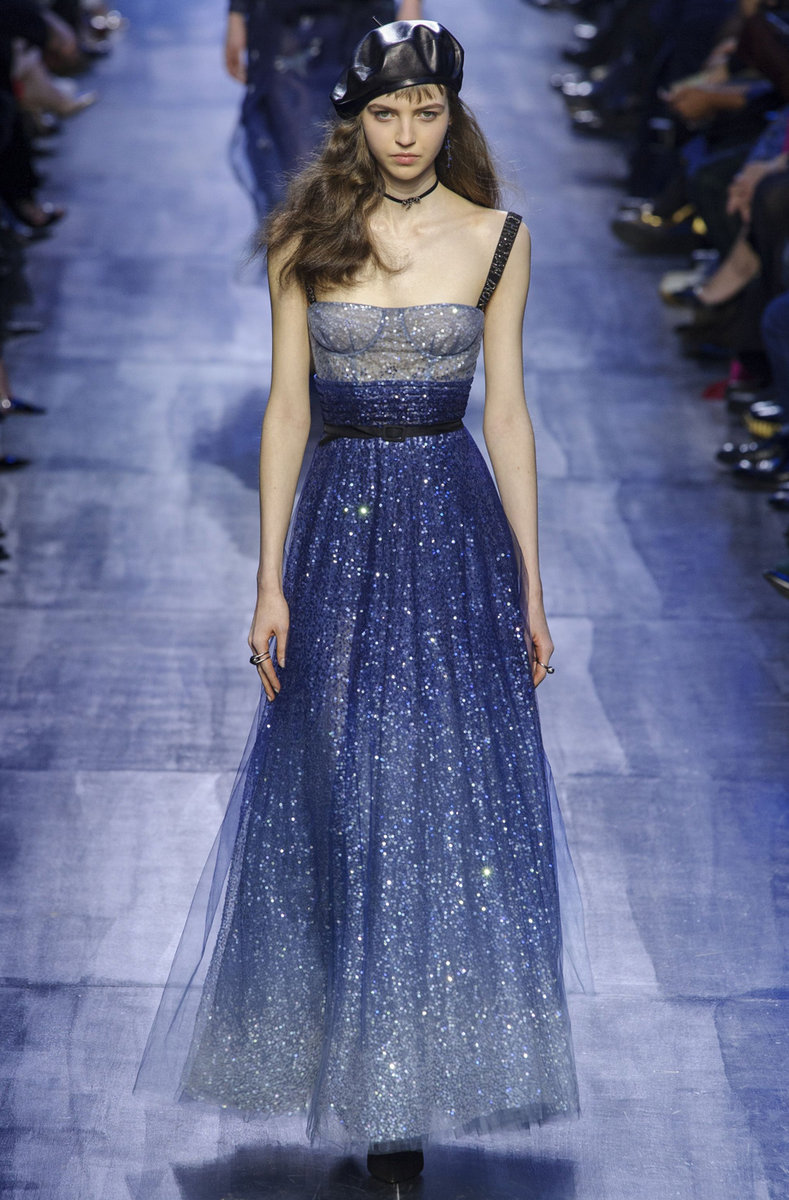 Within the many looks showcasing navy, there were a couple of the customary blazers and dresses, but the pastor-inspired hoods with riffs, seen on different pieces and in different fabrics, were a welcome surprise. 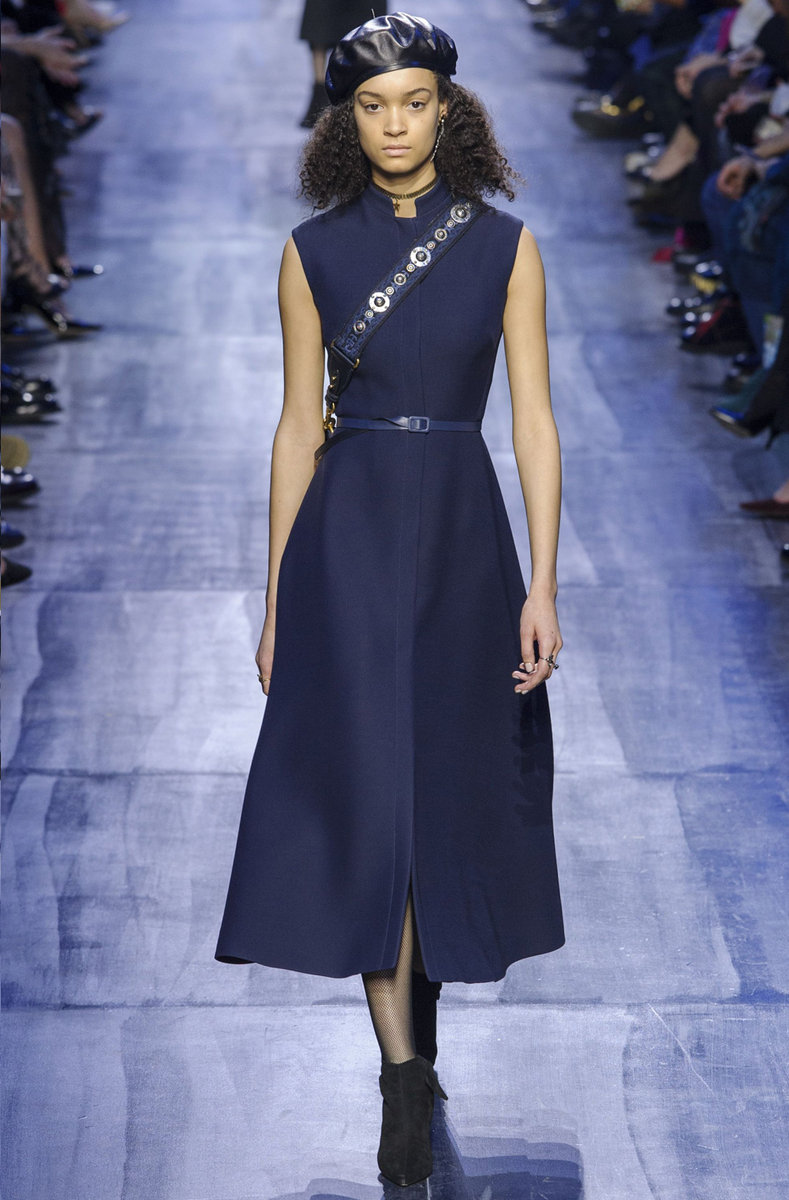 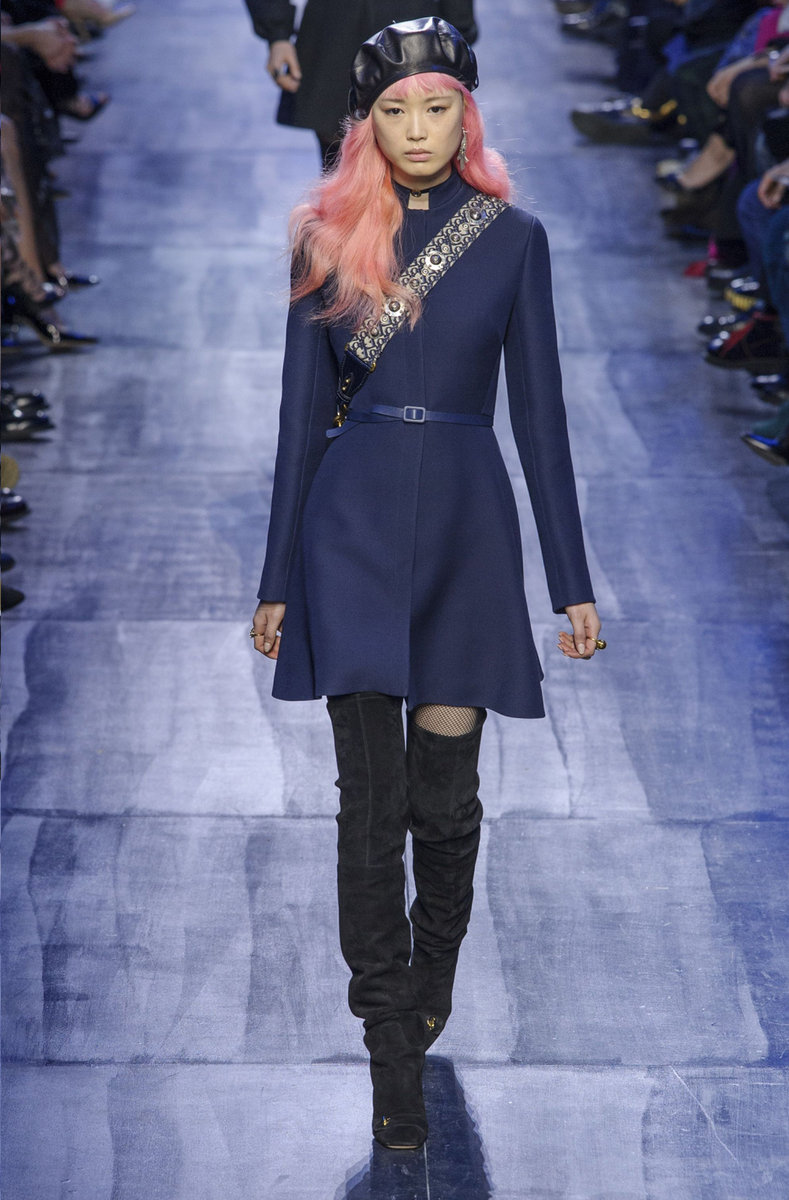 Other gems included the velvet range, a thickset sweater and a double-breasted tailored jacket. Diverting from last season, Chiuri introduced logos in a subtler way. 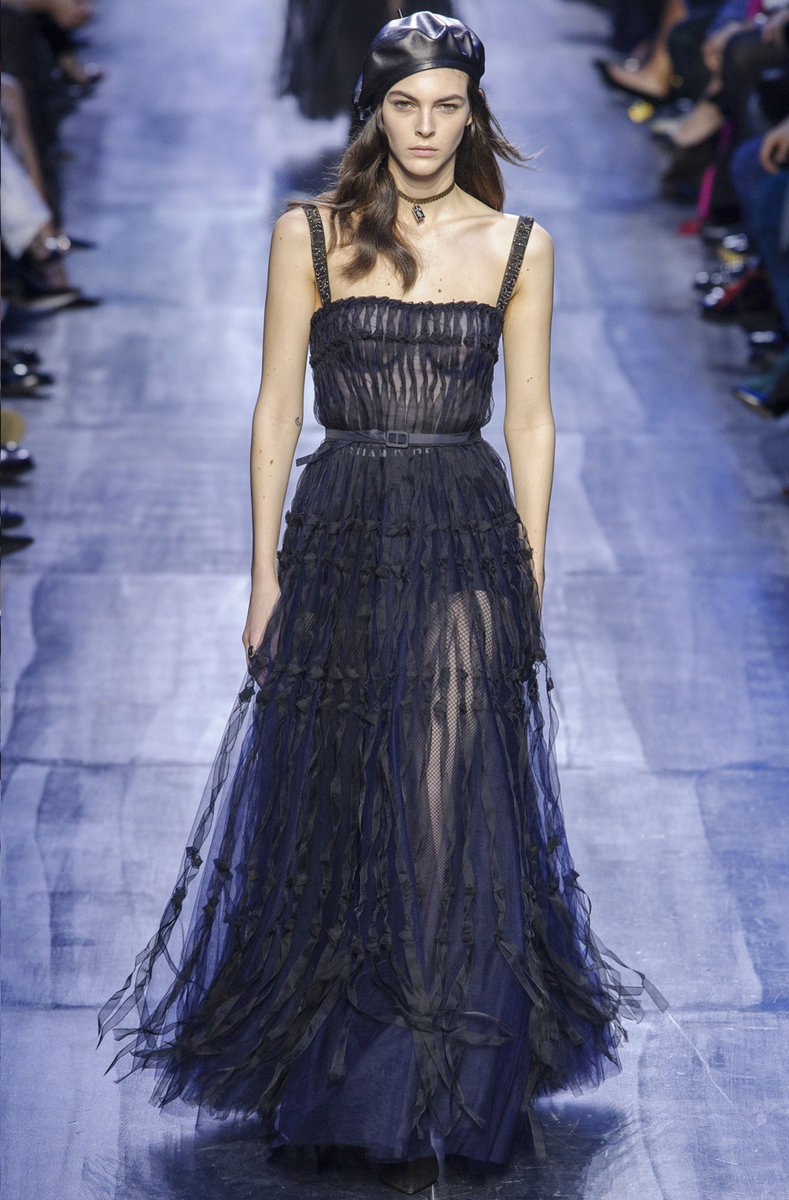 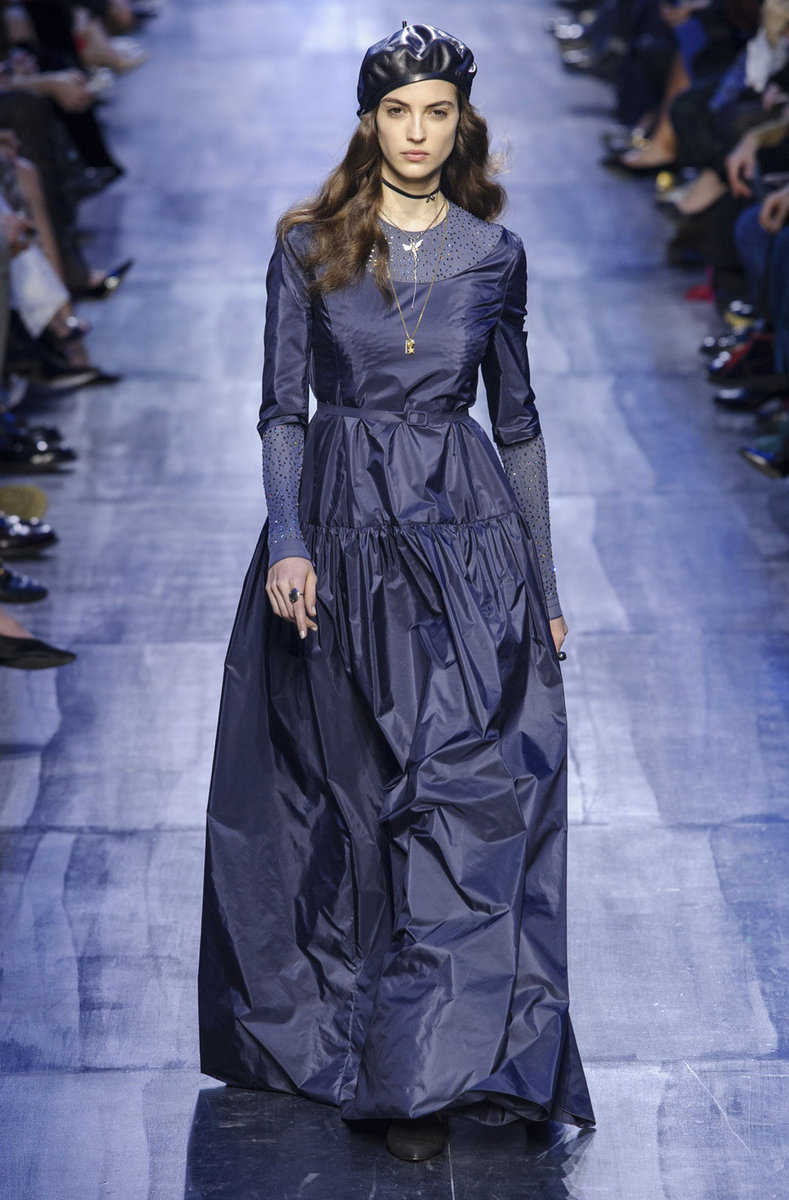 As well as the dressier daywear, there was a bit of denim, including shirts and a boilersuit. Black leather berets capped every look perfectly, giving the traditional French hat a touch of cool. Even Rihanna, who was sitting alongside Kate Moss and Bianca Jagger, was spotted wearing one. 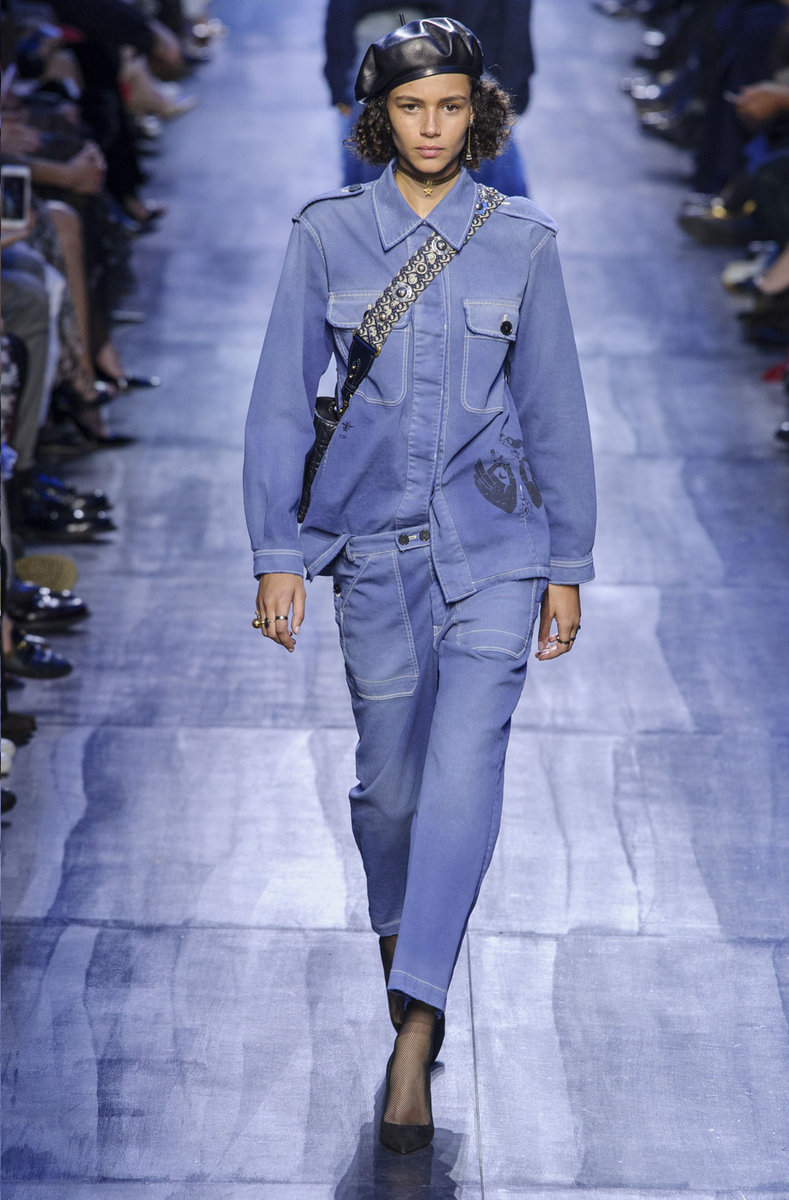