Out & About: A Masterclass in Summer Dressing Courtesy of the Most Stylish Stars

These best-dressed stars and It girls make summer chic look so effortless. 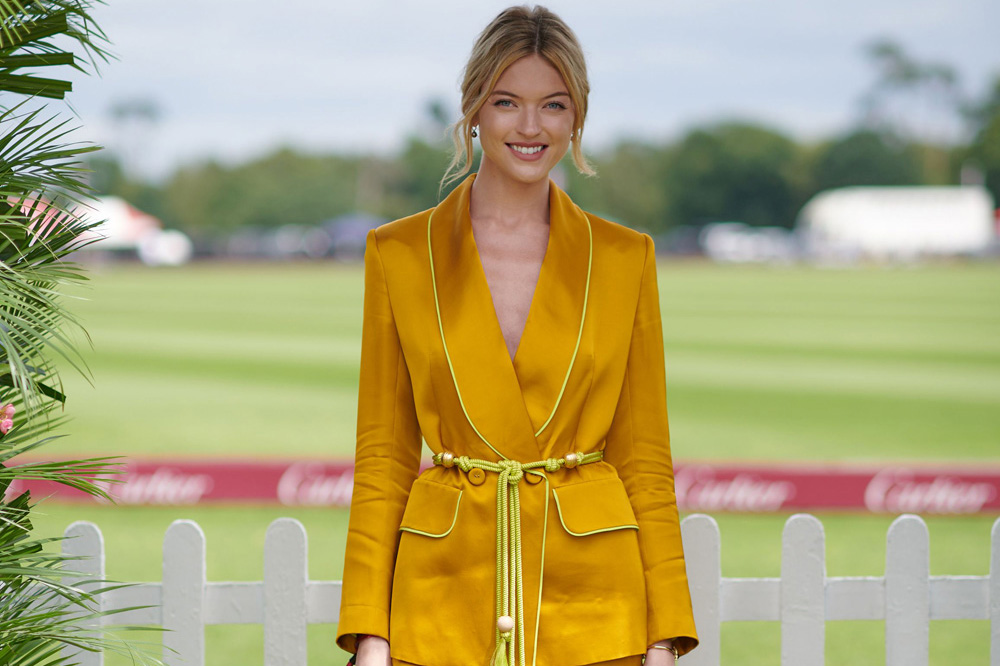 The chicest looks we’ve spotted recently come from royalty and aristocrats as well as celebrities, models and bloggers as they attended awards or fashion shows and events. We also caught some of the hottest looks as the fashion-forward hobnobbed at the Cartier Queen's Cup, one of the most important 22-goal polo tournaments in the world, or posed on the red carpet at the London premiere of “Ocean’s 8,” the heist movie of the summer featuring all-female leads. 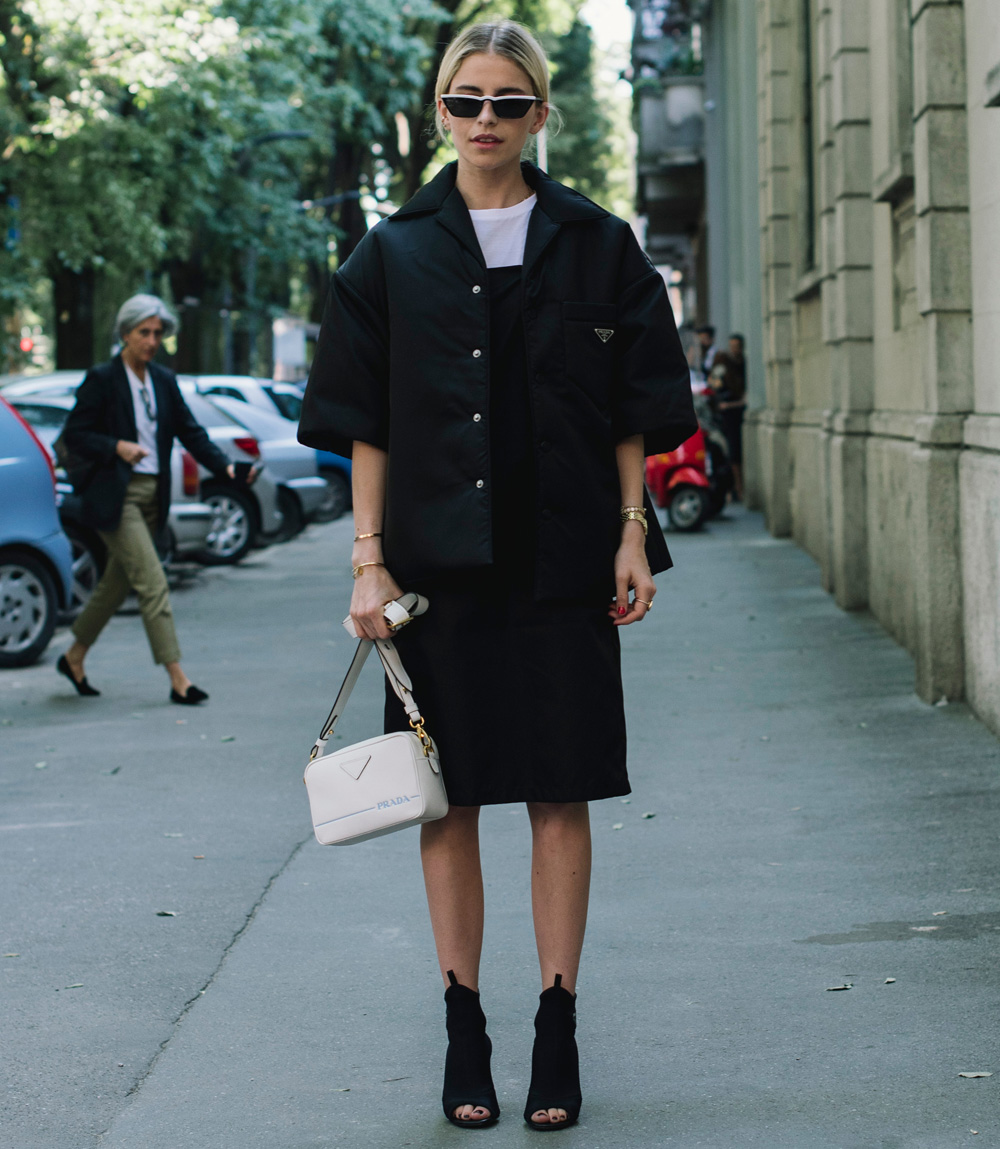 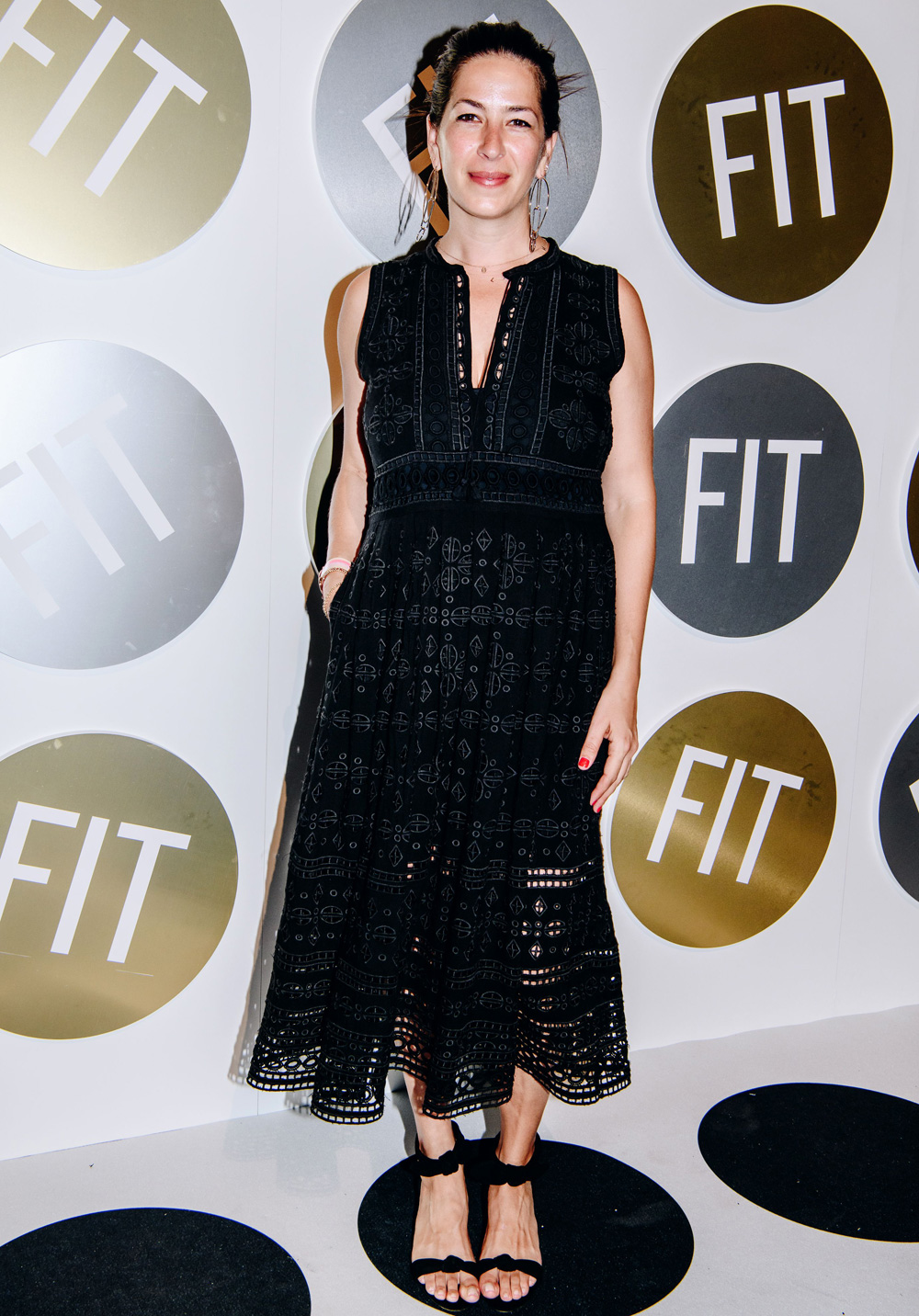 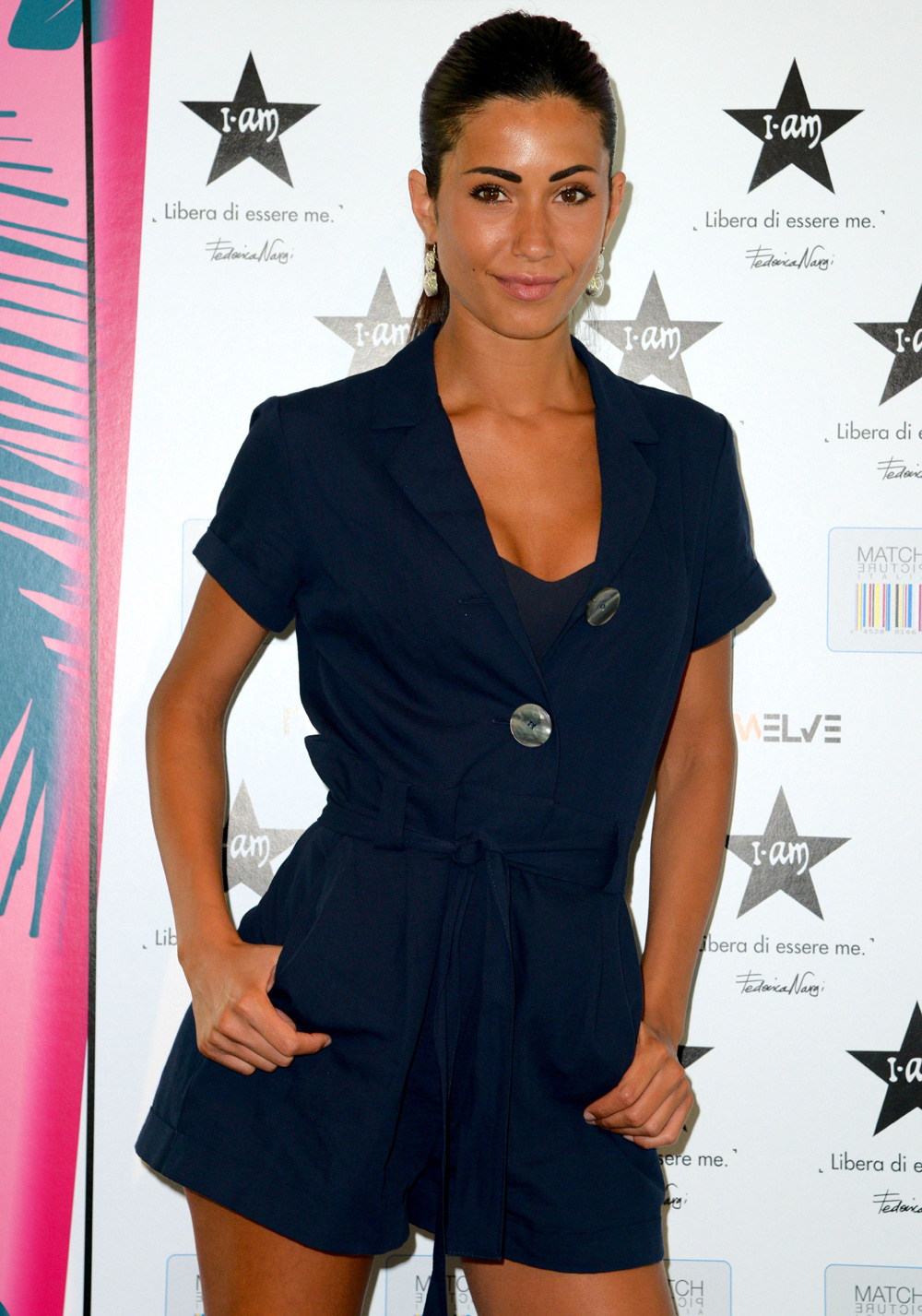 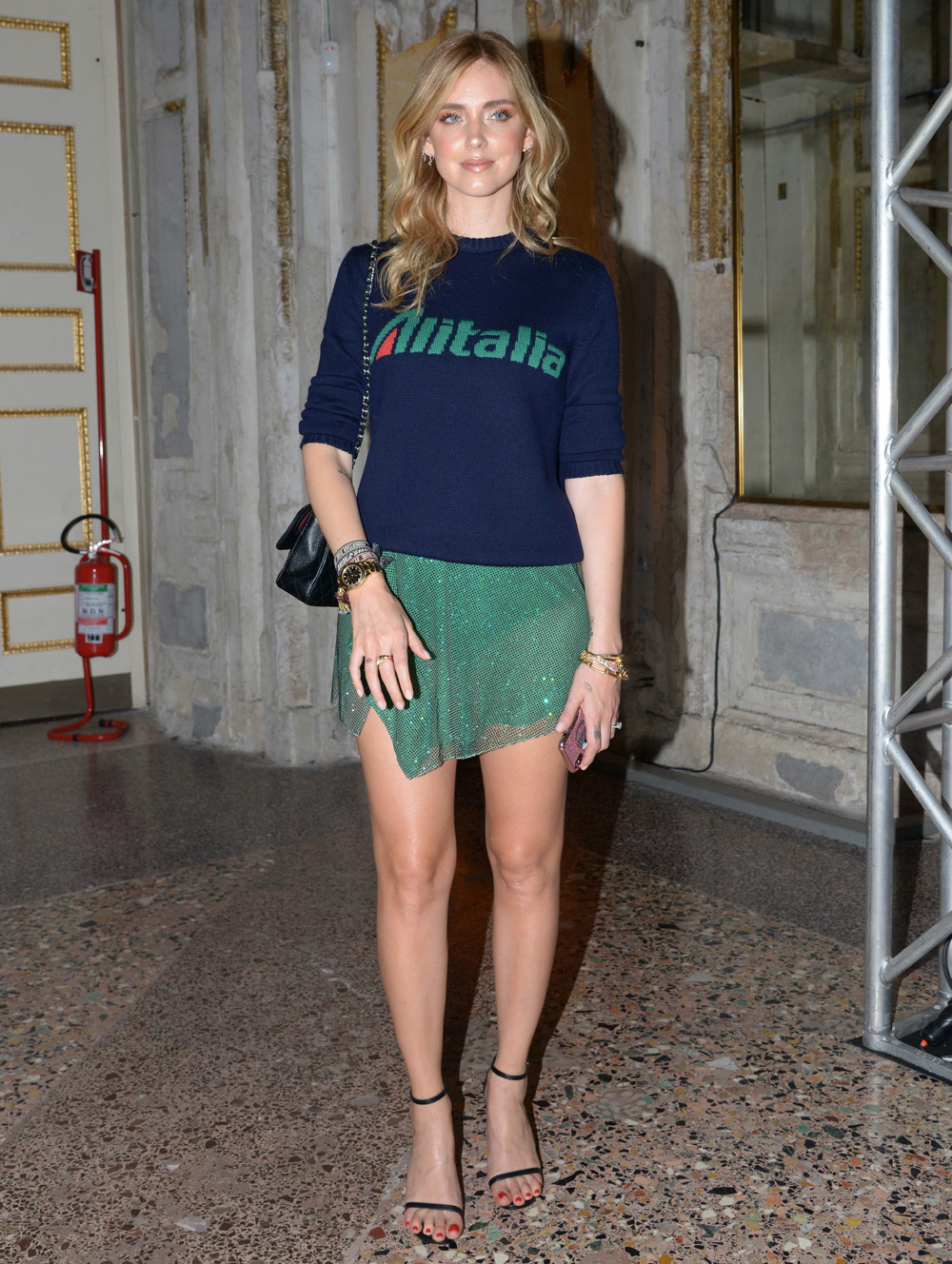 Opting for a lovely dress is a surefire way of winning at the summer style game, and many of our favourite fashion mavens went for flirty and bold floral gowns while stepping out. Lily Collins was a picture of loveliness in her flowing, blossom coloured maxi dress, featuring vintage florals, glossy frill detailing, a cutout bodice and a belted waist. The half-British, half-American actress took it to the next level with a flower power straw fascinator. Lady Clara Paget also looked fabulous in her fresh take on the floral craze in a long bold yellow and black frock with a high-low hemline. We also loved reality star Jessica Wright’s white printed floral wrap dress. 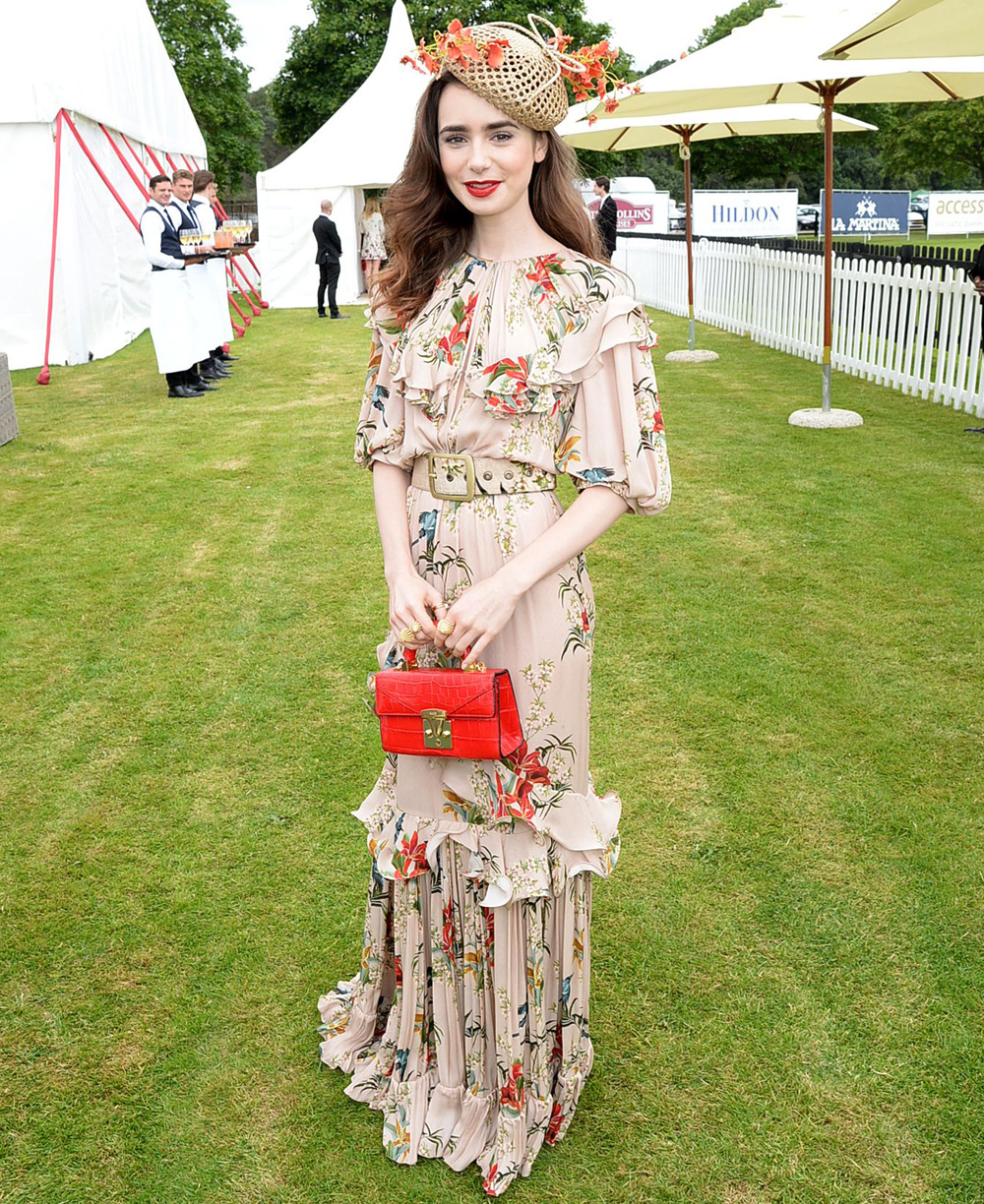 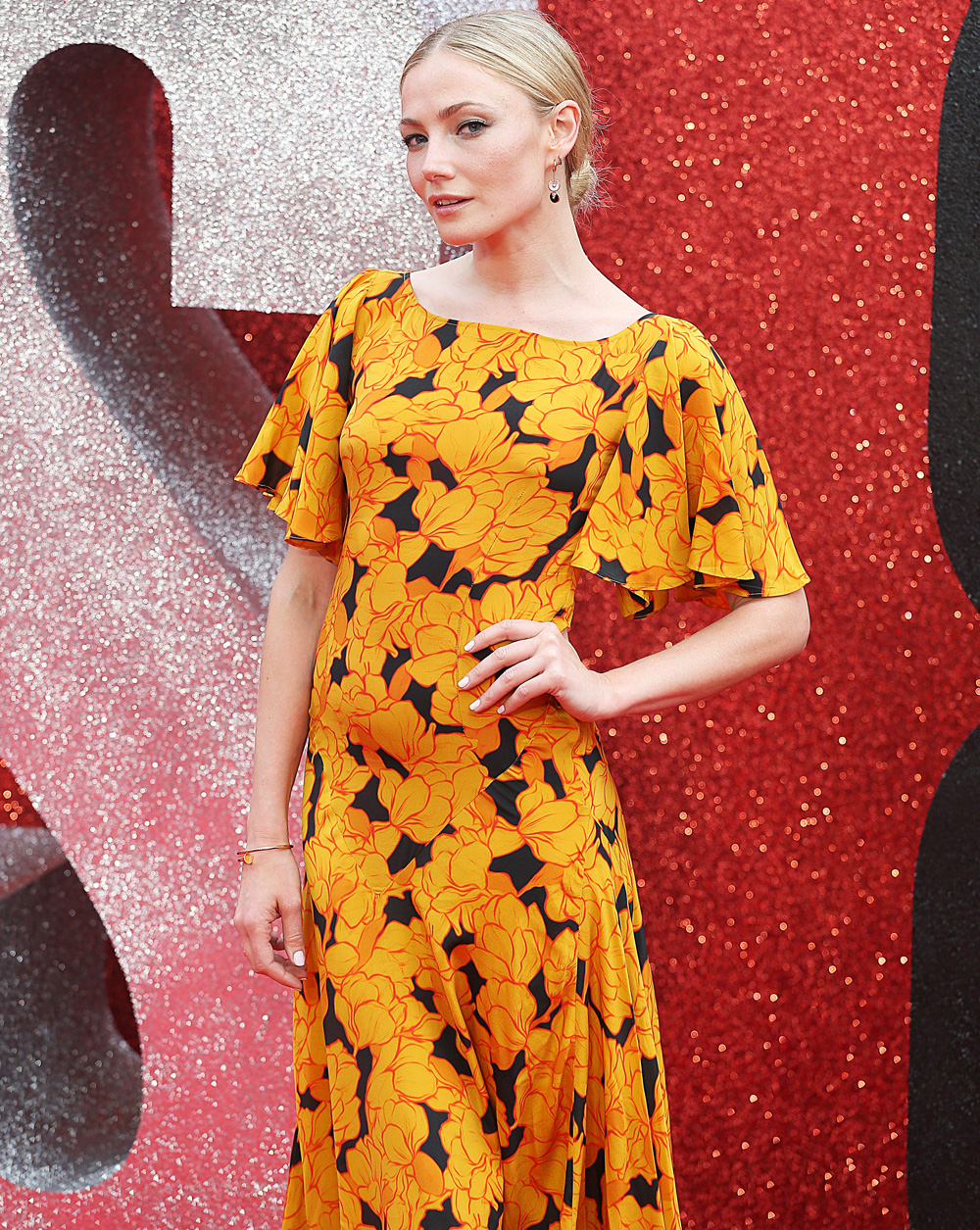 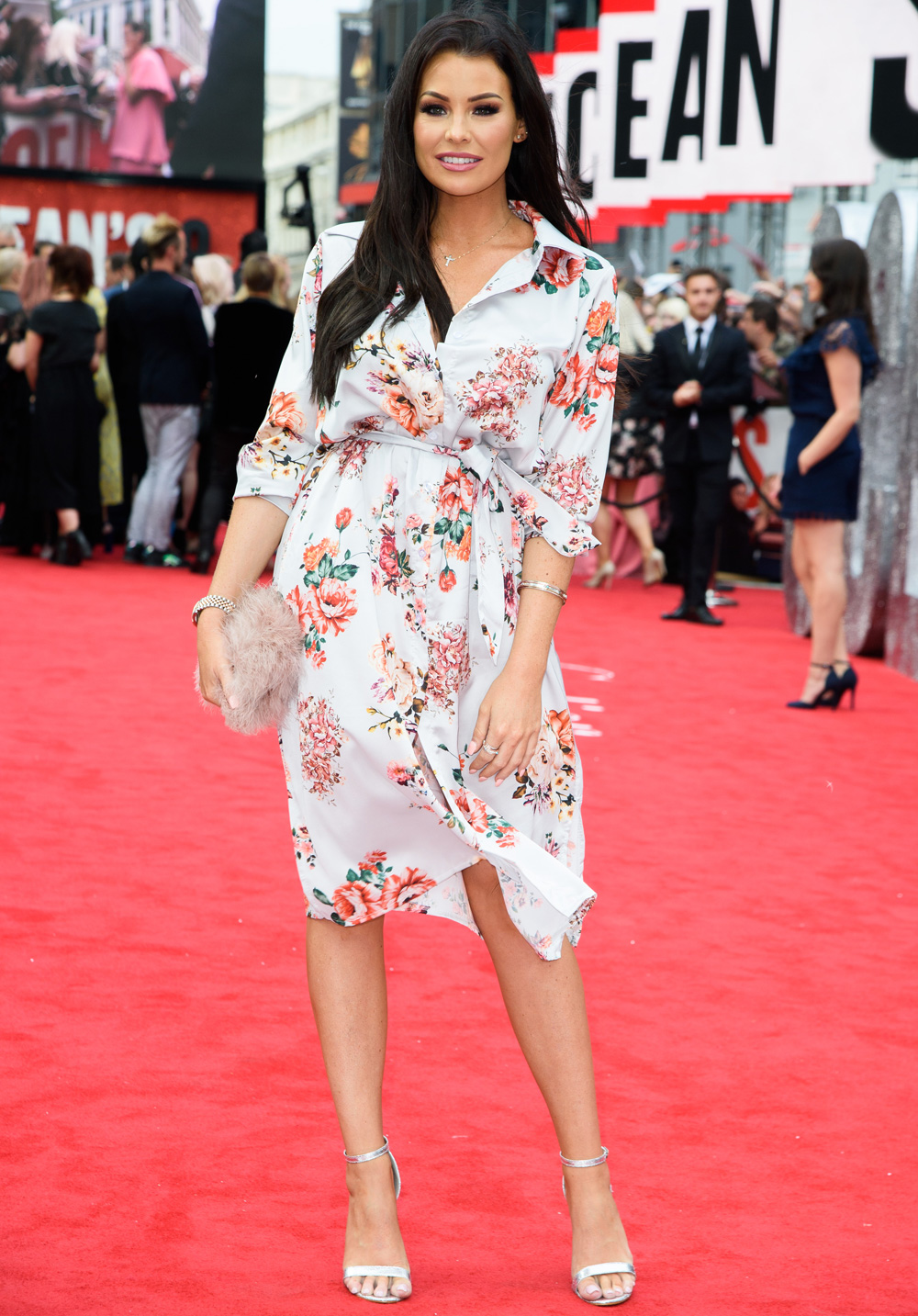 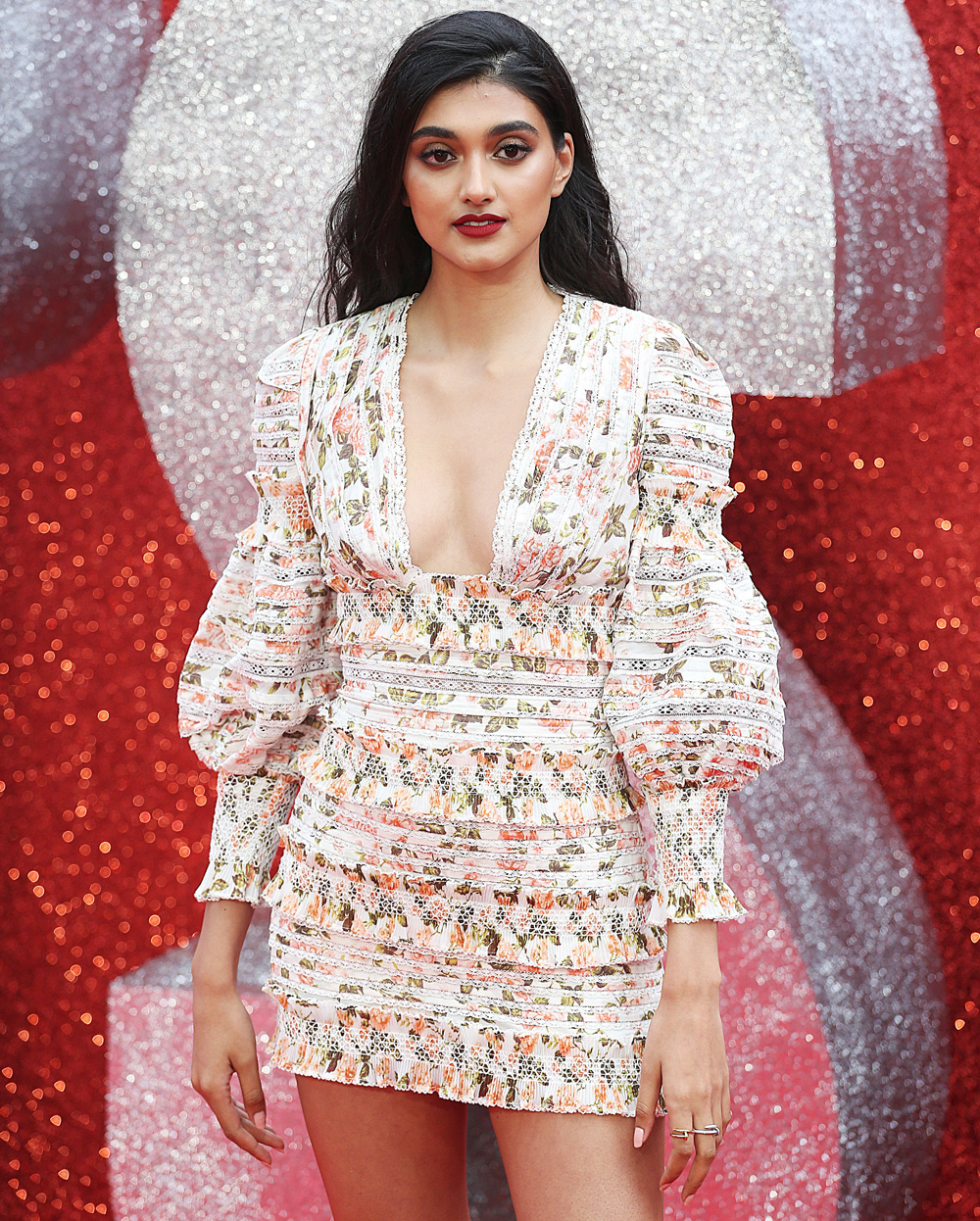 Dresses with bright and cheery colours are also high on fashionistas’ summer must-have lists. Louise Roe, the TV host, fashion journalist and force behind lifestyle blog “Front Roe” was spotted (pun intended) in a red off-the-shoulder midi dress. Lady Kitty Spencer looked extremely pretty in pink, with her dress featuring embellished floral appliques, as did Liz Hurley in her lace peach dress with a metallic sheen. Additionally, Jasmine Sanders was a ray of sunshine in her yellow long-sleeved dress with revealing slit. 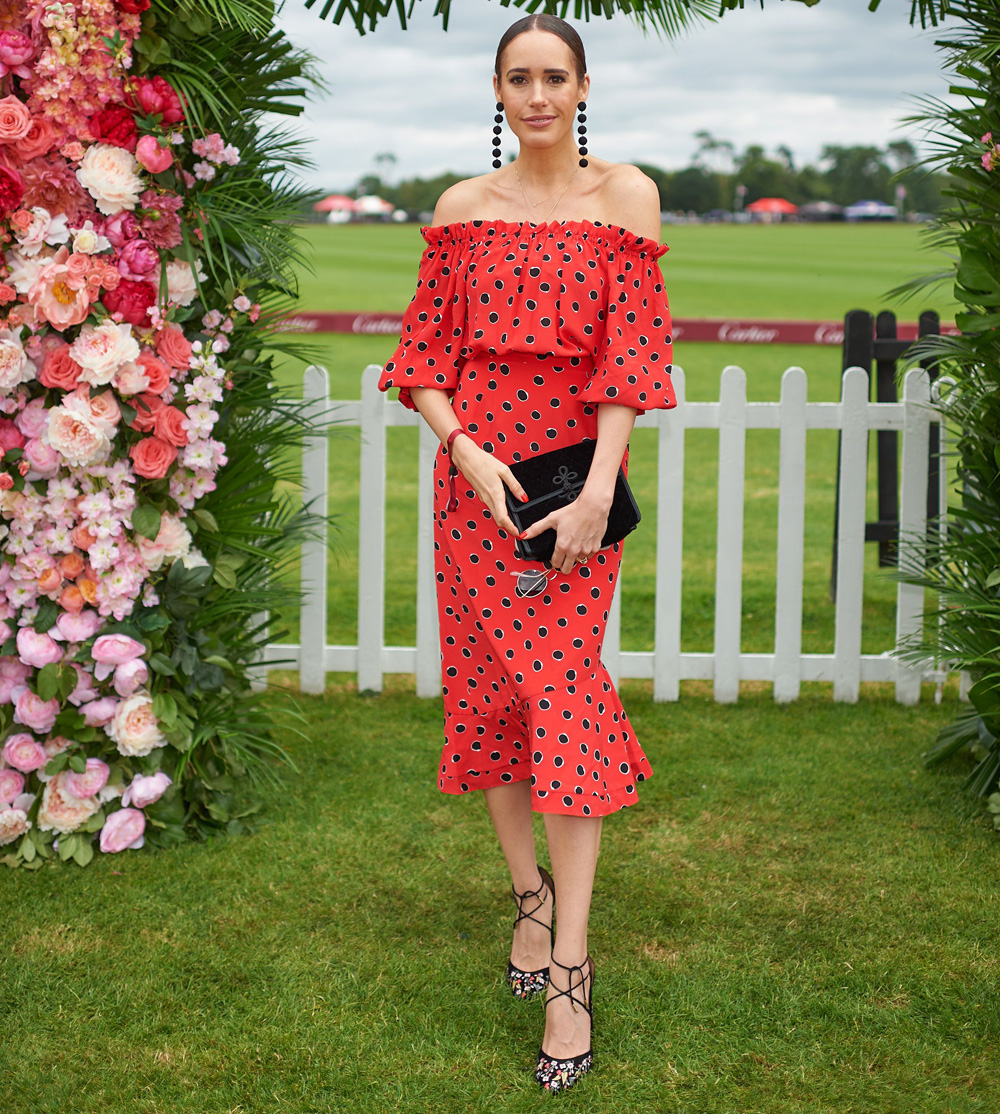 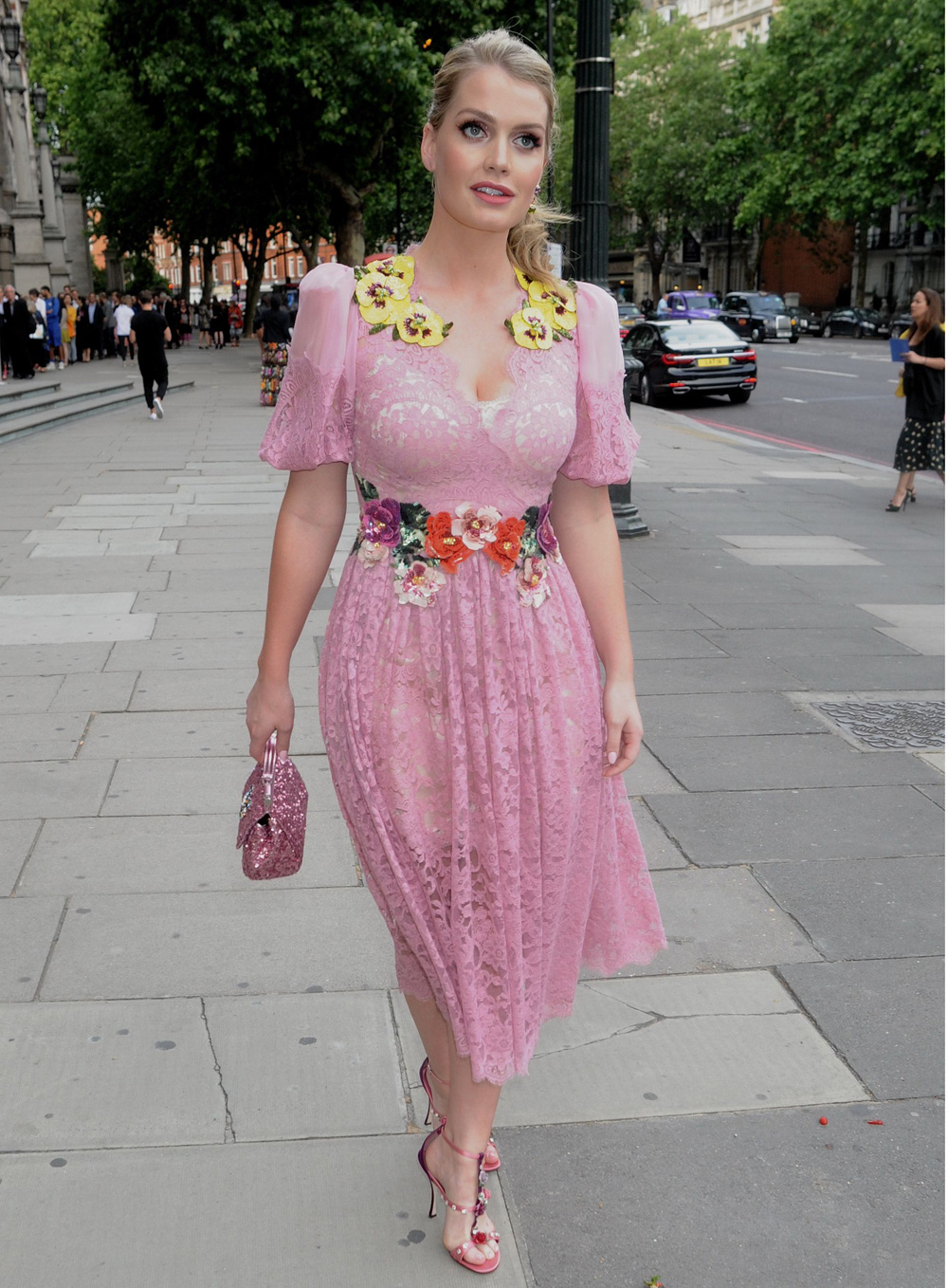 Lady Kitty Spencer at the “Frida Kahlo: Making Her Self Up” VIP Preview, The V&A Museum, London 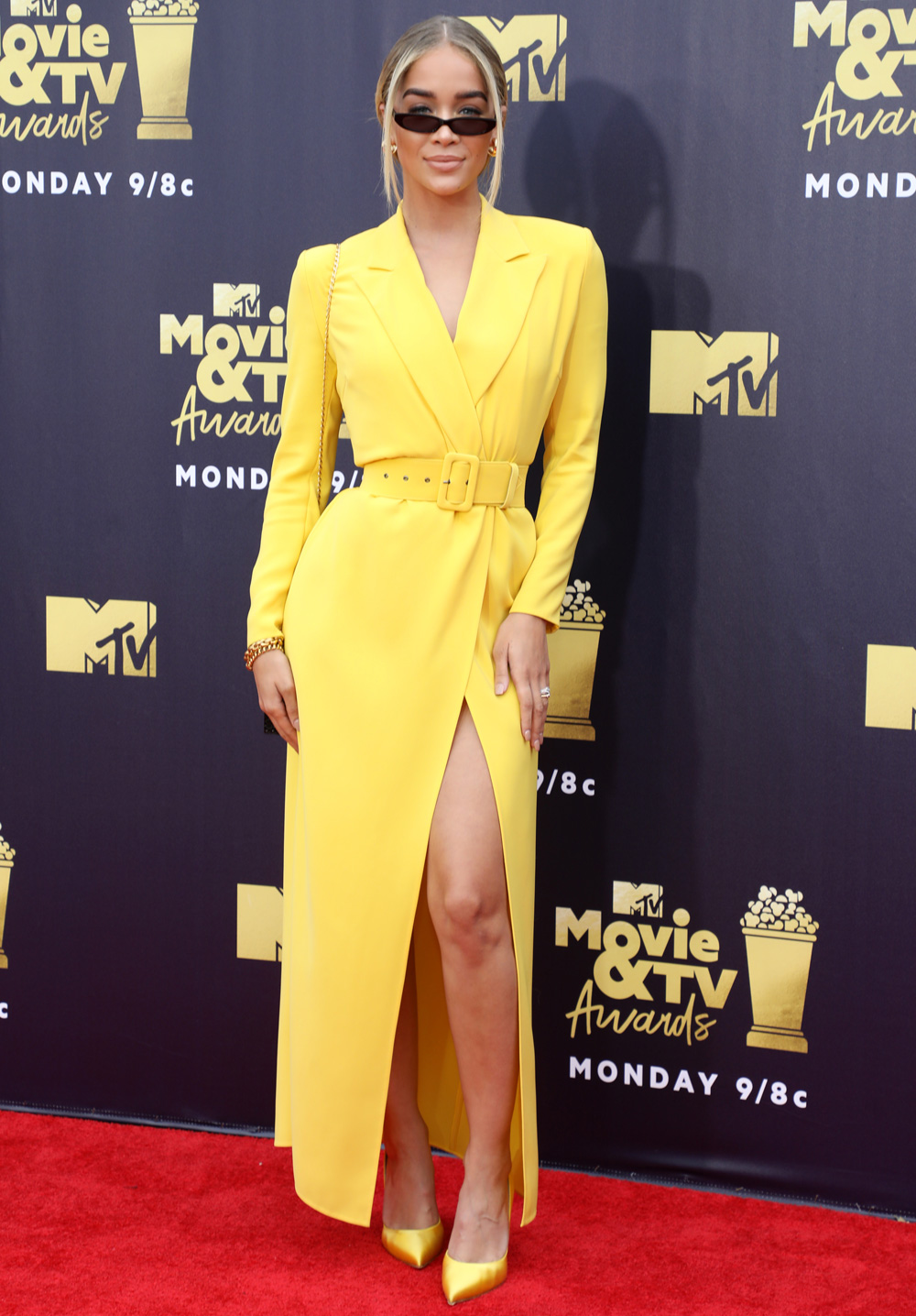 White and cream also rule this summer, with celebrities like Kim Kardashian West and Eva Herzigova, who wore a modest belted suit with floor-length skirt, rocking the pure hue. The dresses we added to our shopping basket include Isabel Getty’s, with its pretty frills and waterfall hemline, and Amber Le Bon’s lacey tiered number with embroidery. And for her first solo outing with the Queen, Meghan Markle wore a beige wool double crepe belted dress with short cape detailing. Still other fashion doyennes, like Caroline Daur and designers Federica Nargi and Rebecca Minkoff, opted for darker monochrome choices. 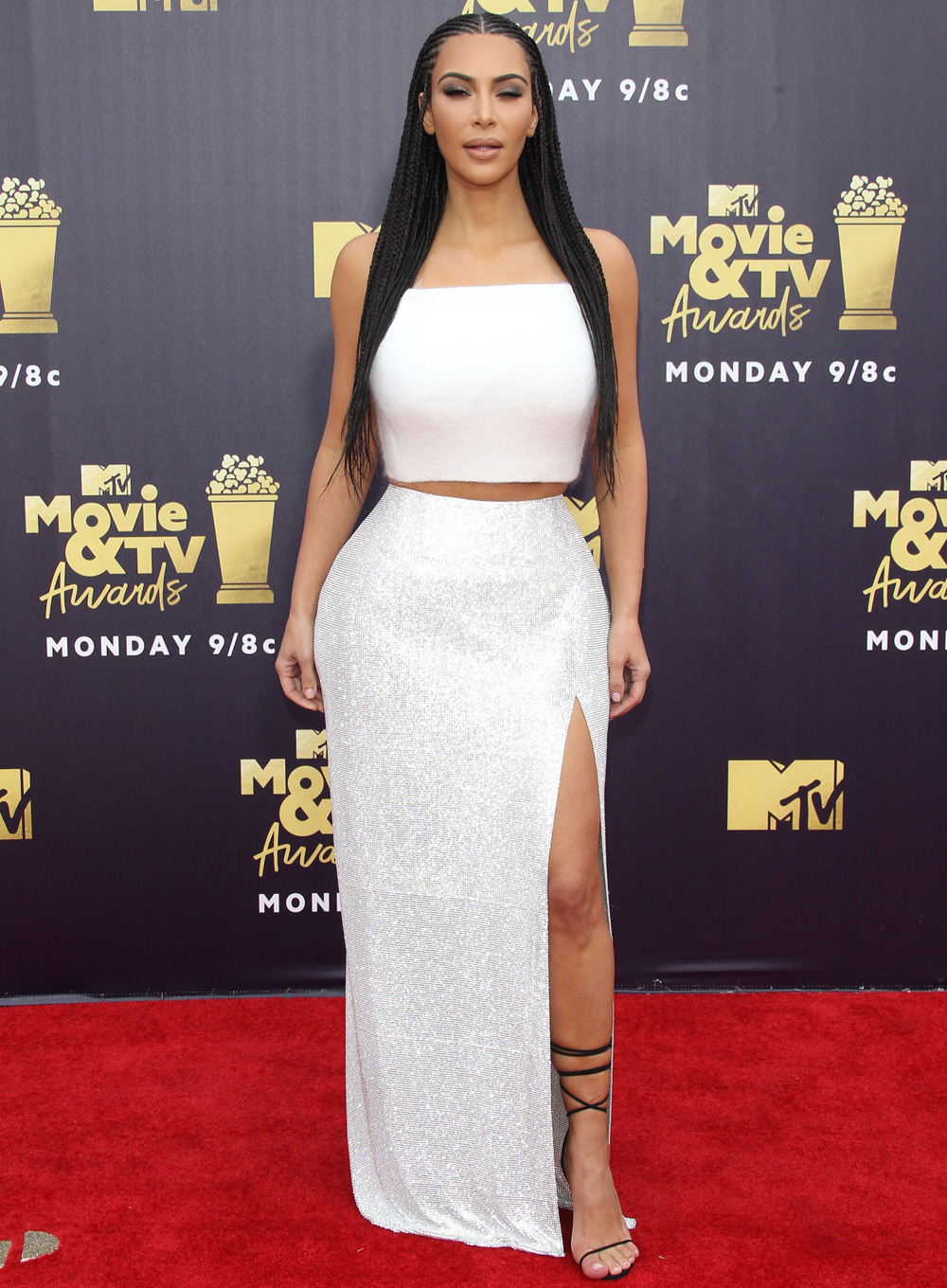 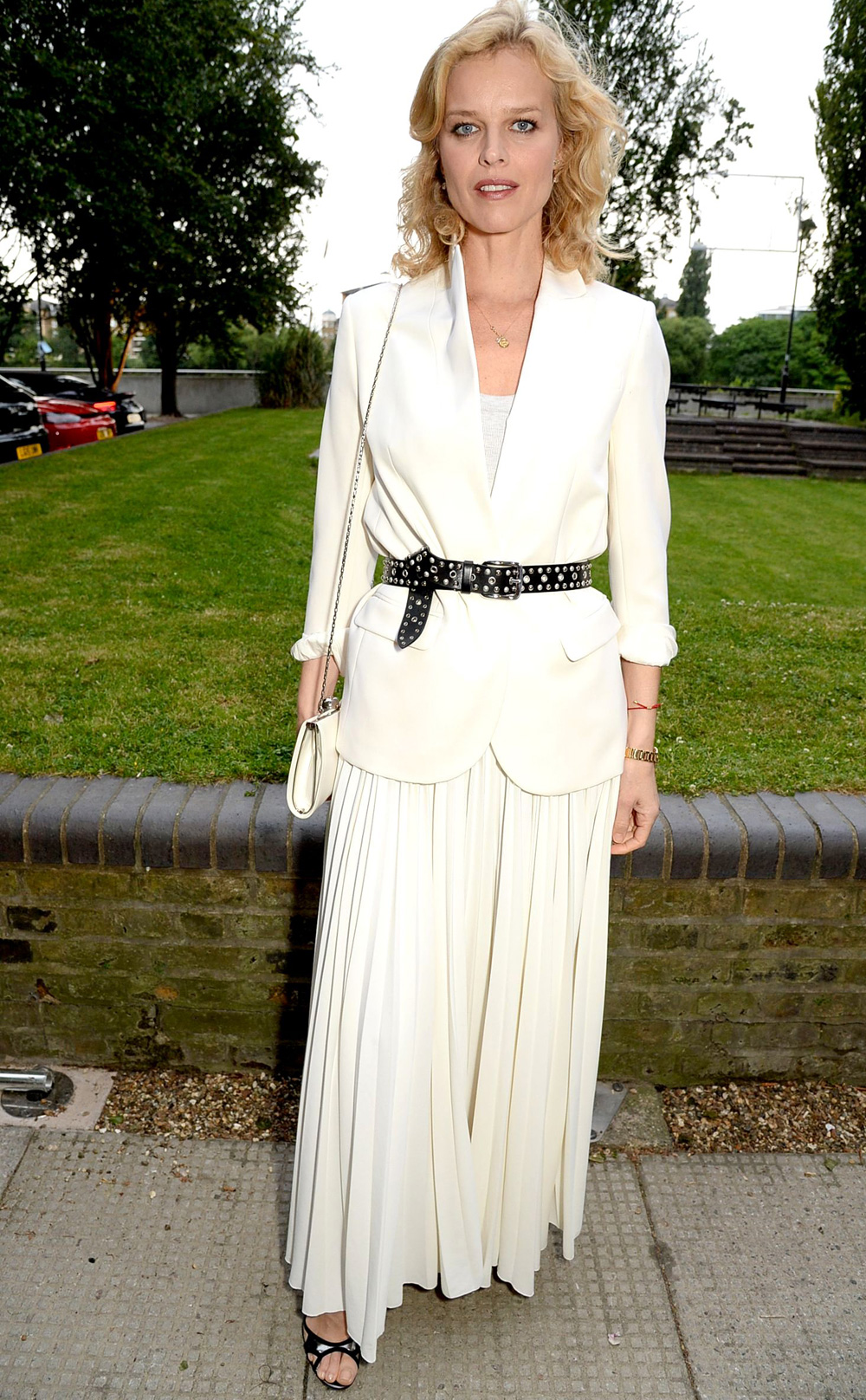 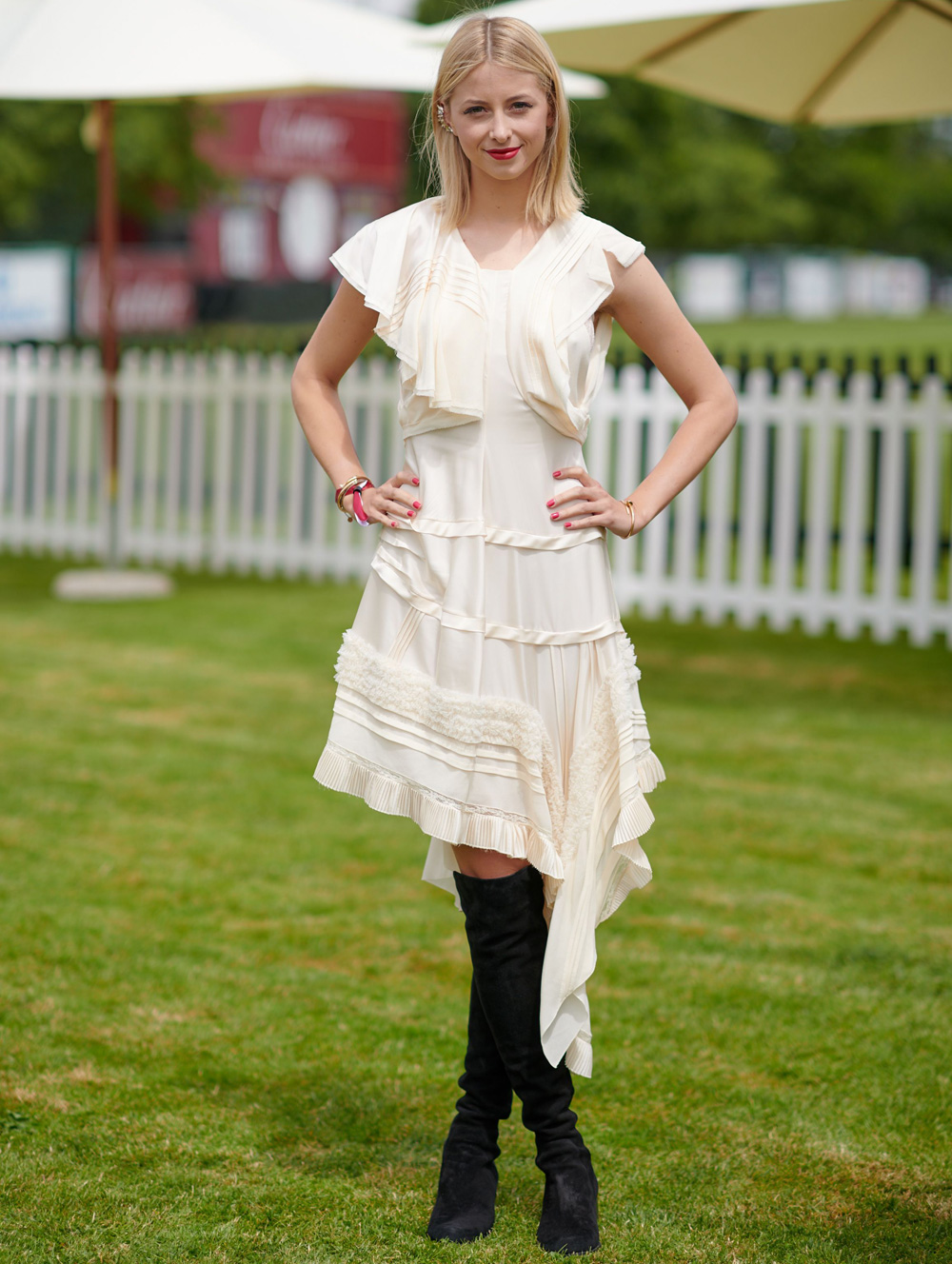 Meghan, Duchess of Sussex during a visit to Chester 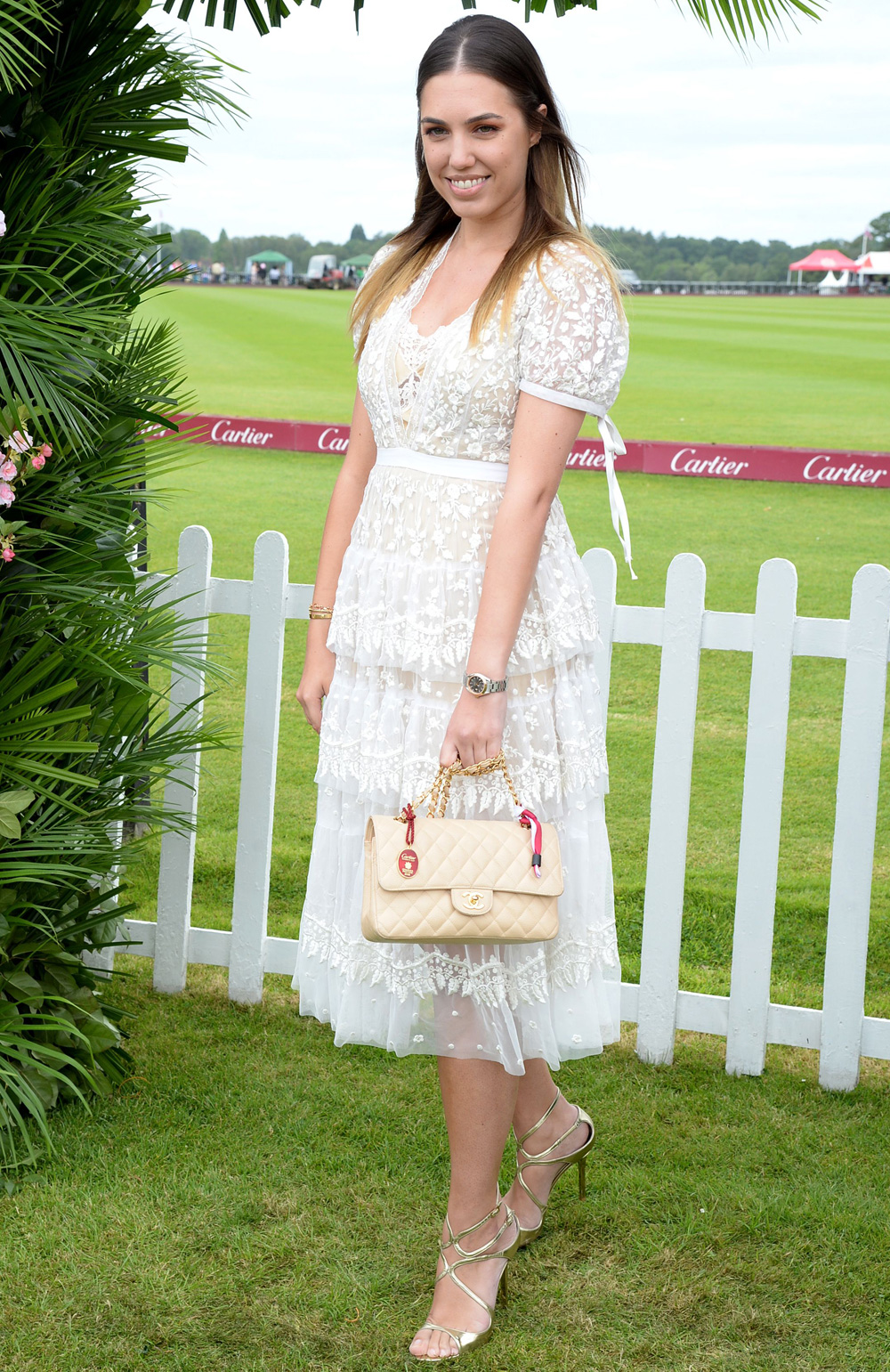 Plus, some took advantage of the fact you don’t have to cover up well-tailored trousers with a coat during the summer. American model Martha Hunt stole the limelight in a striking silk mustard trouser suit with a daring jacket, flared trousers and quirky rope tie. Then there’s Sandra Bullock, who leads the group of high-powered, successful females from all walks of life starring in “Ocean’s 8,” (it’s had the most successful debut for the franchise) giving us the best party inspiration. The 53-year-old actress, who plays Debbie Ocean, dressed to impress in a plunging sequined multi-coloured culotte jumpsuit featuring stripes and zig-zags. 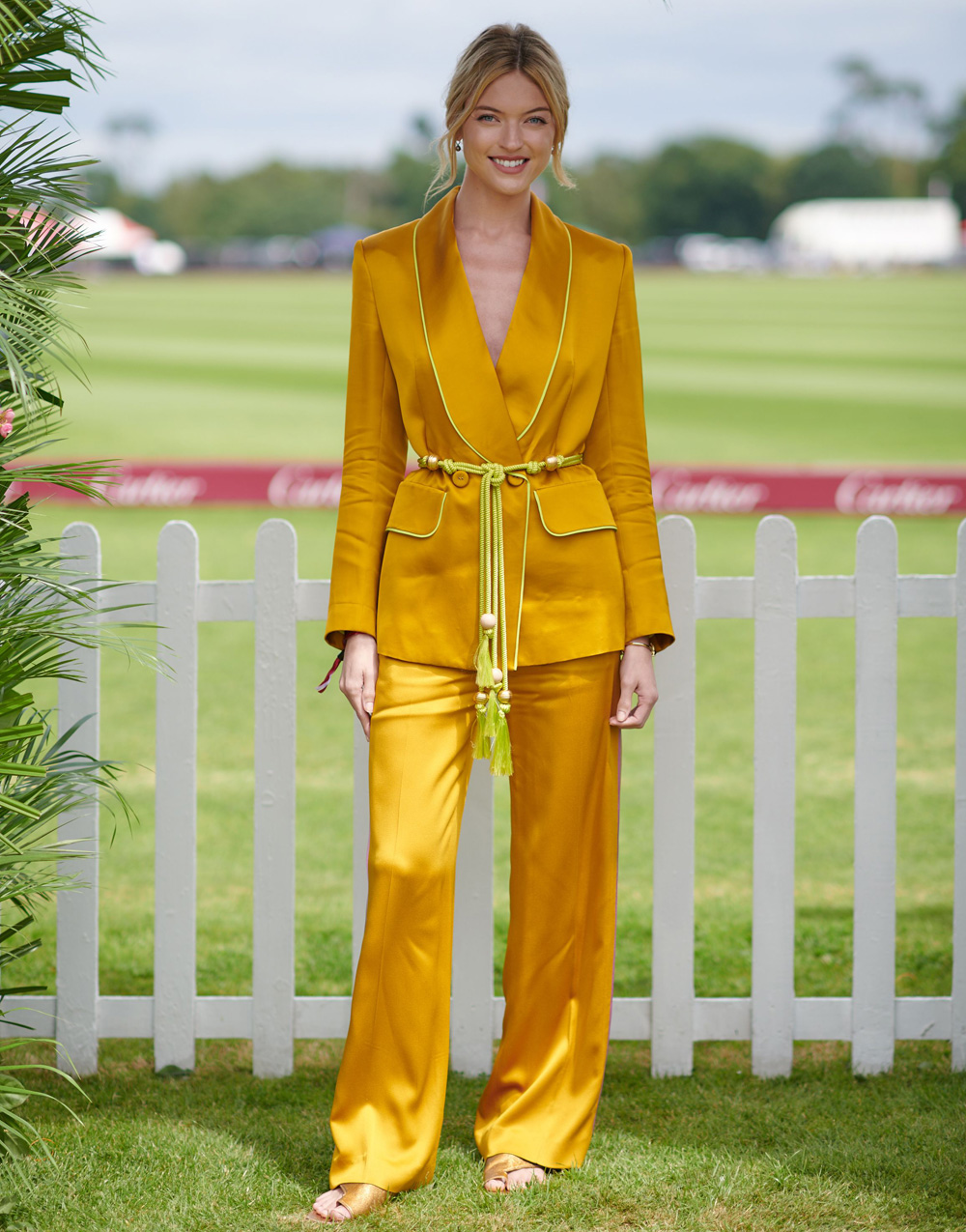 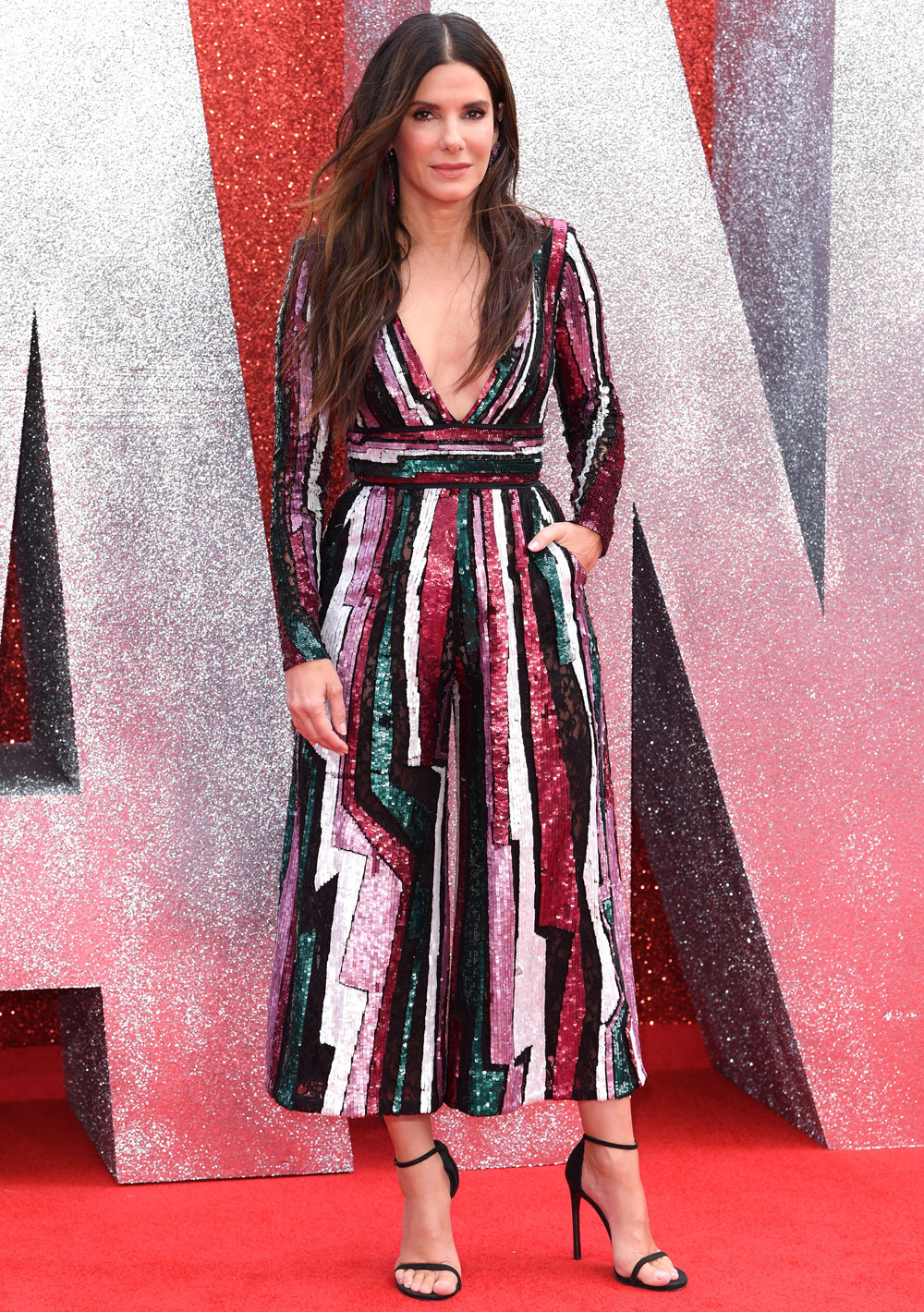 Amal Clooney was another knockout in a jumpsuit. The human rights lawyer, who recently appeared in “Vogue,” wore a lace burgundy one featuring a one-shoulder design accented with ruffles at the opening of the new Giambattista Valli boutique in London.. 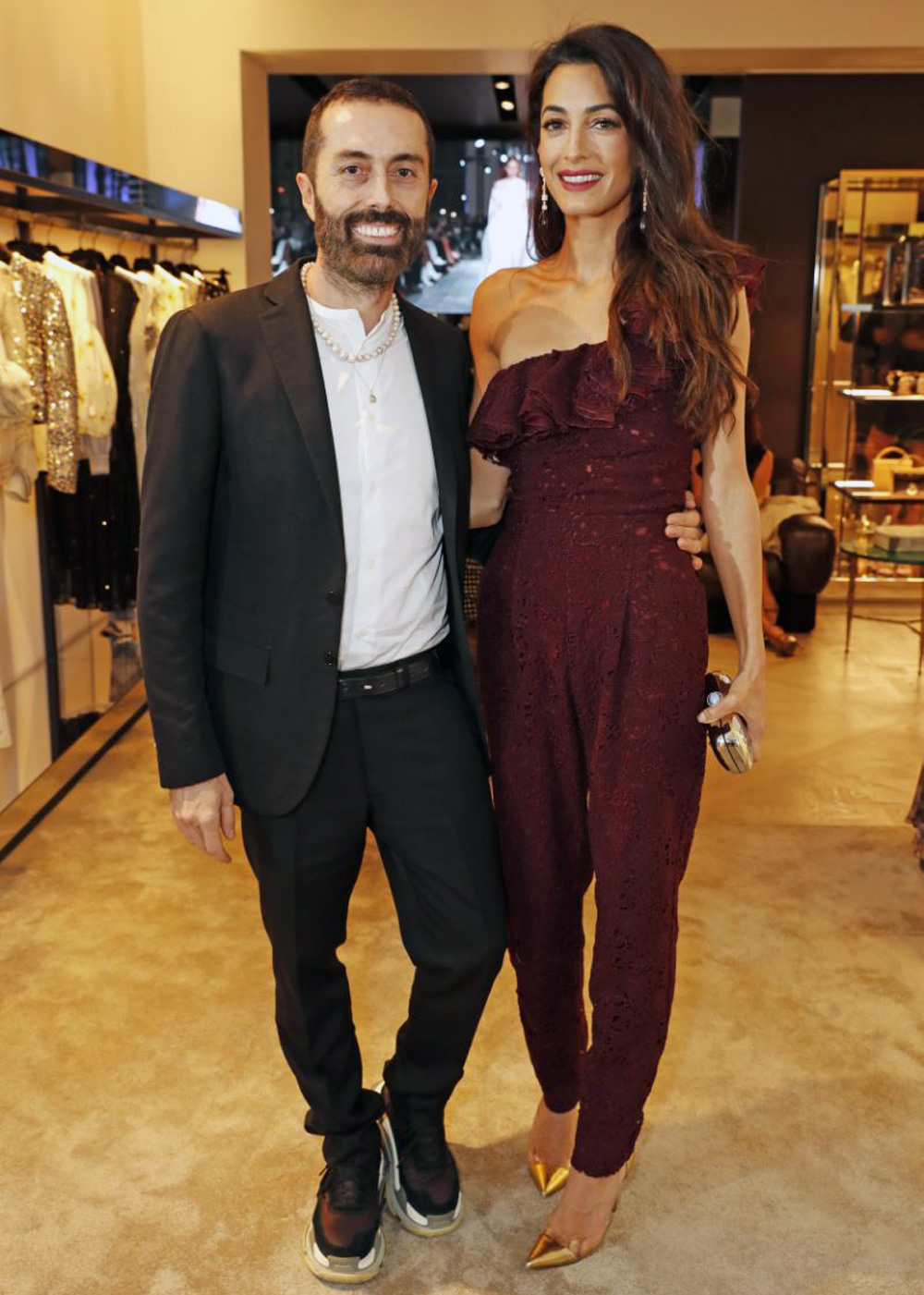