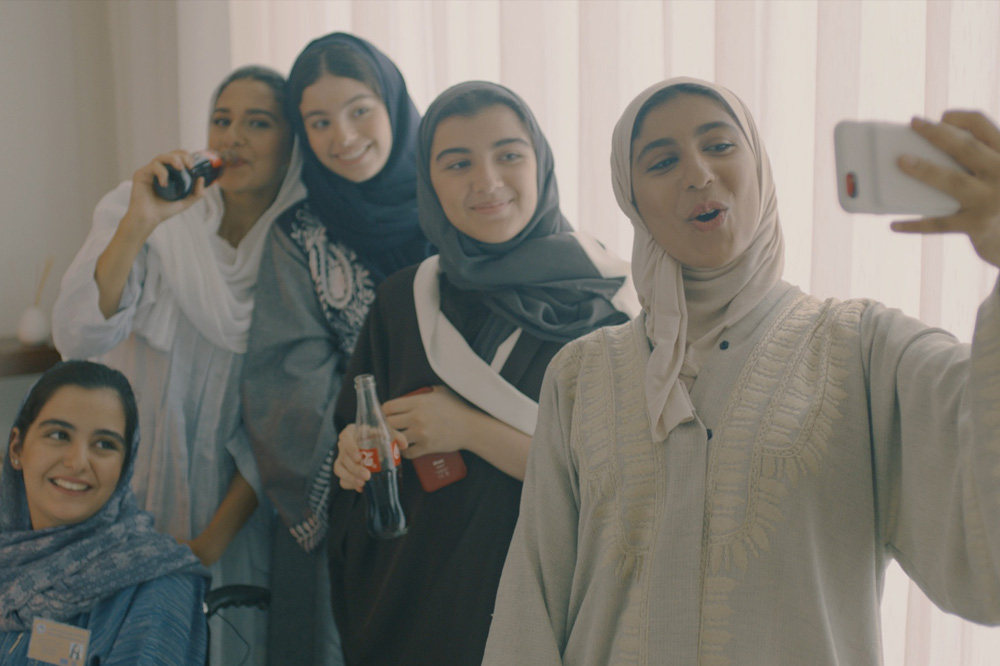 In another amazing first, Saudi Arabians are set to make a grand entry at this year’s FIFA World Cup games. The Kingdom’s national team, the Green Falcons, will be led at the June 14 opening game against host nation Russia by six Saudi Arabian girls, a move that will make these girls the first all-female delegation to lead a national team out at the opening game.

The girls, aged between 13 and 17, have been appointed as part of the Coca-Cola Flagbearers Program, chosen for their ambition, for going above and beyond in their chosen fields, and for being role models to the youth of Saudi Arabia. For instance, one of the six is Rayouf Al- Humedhi, responsible for creating the Hijab emoji, and another is Mariam Shalan, a professional free-diver. In a video uploaded to the Coca-Cola Middle East YouTube account, Shalan explained how proud she was to be chosen as a flagbearer.

“It’s an honor for me to represent Saudi Arabia at the World Cup in Russia. Personally, it’s amazing to witness the change that is happening to our country, to ourselves, the youth and everyone. […] I think Saudi Arabia is on a beautiful path, a path with a lot of opportunities,” she said.

Murat Ozgel, General Manager of the Coca-Cola Company Middle East, expressed his excitement and pride ahead of the new campaign.

“The-Coca Cola Company is a long-standing global partner of the FIFA World Cup and as such has the exclusive rights to the flag bearers program. We are delighted to support the changes that are happening in Saudi Arabia and spread the message of inclusion, diversity and support by championing these Saudi girls who are role models for the future generation of the Kingdom,” he said in a statement.

The campaign is part of Coca-Cola’s continued efforts to celebrate the positive changes sweeping the region, which in Saudi Arabia has been mainly due to Vision 2030, the Kingdom’s ambitious reform plan that is being spearheaded by Crown Prince Mohammed Bin Salman.