10 of the Most Successful Female Racers To Know About

Here at AboutHer.com, we are celebrating all things driving – from women teaching other women how to drive, to the worlds most renowned women in motor sports. 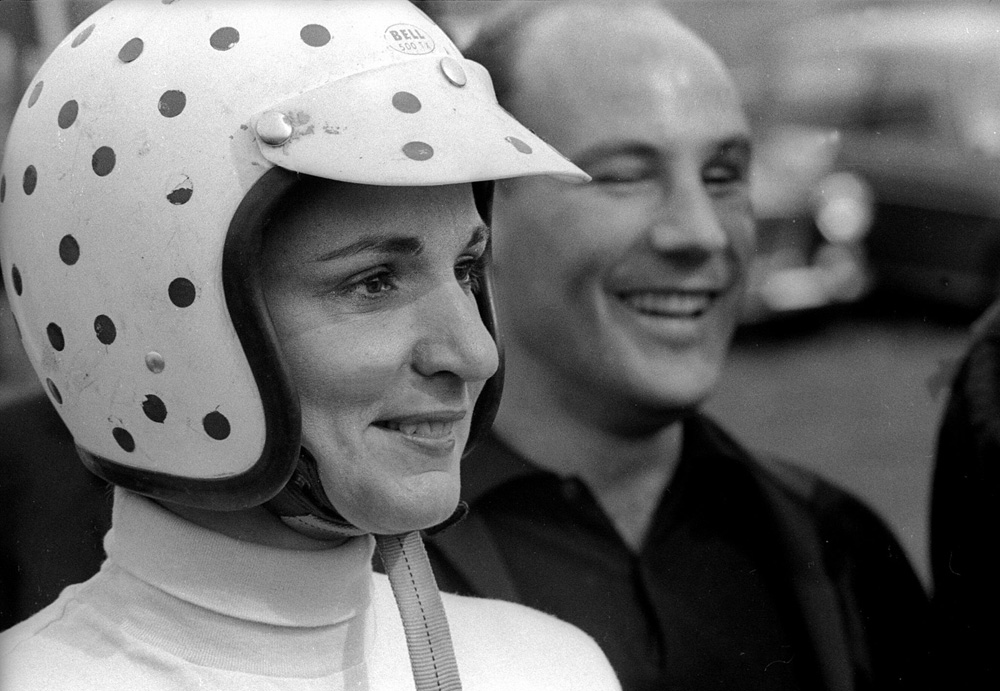 They’ve been in the driver’s seat since 1949 and weren’t fazed by the male dominated racing industry, going on to win international racing championships in record-breaking timing and leaving behind an inspirational legacy.

In the spirit of Saudi Women taking to the wheels this month, we’ve listed 10 of some of the most successful female race car drivers to make you want to jump into the driver’s seat now. 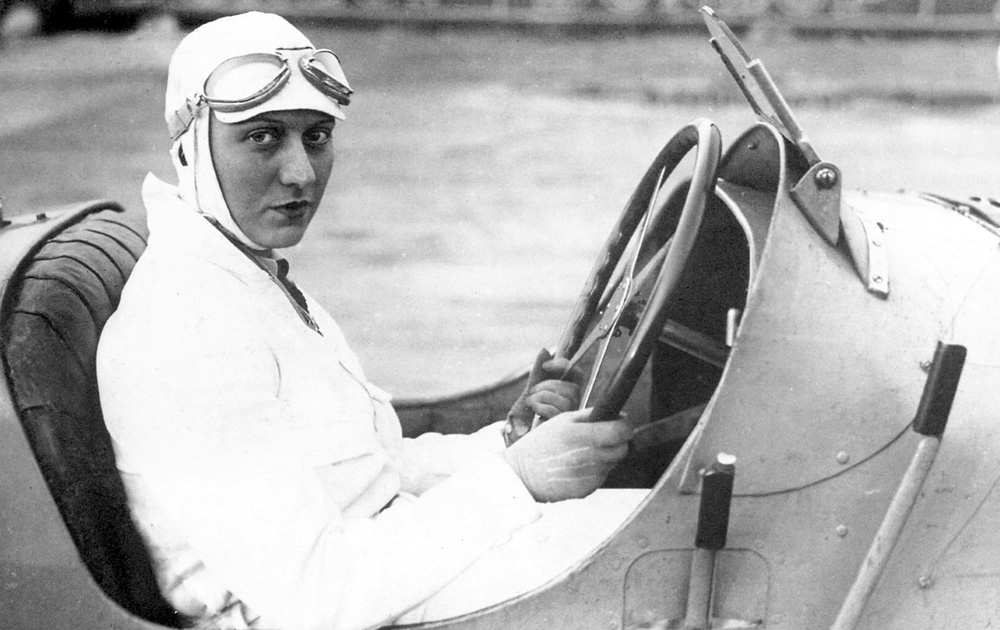 Hellé Nice, her stage name while she performed as a dancer in cabarets around Europe, hung up her dancing shoes in 1928 following a skiing accident and dove straight into the world of professional car racing, winning an all-female Grand Prix race at Autodrome de Montlhéry in 1929. Nice has also been proclaimed “The Bugatti Queen” after she joined Ettore Bugatti’s team of racing drivers in 1931 being the only female on the Grand Prix circuit for several years.

Sara Christian
She was the first female race car driver in NASCAR history, competing in NASCAR’s first race which took place on June 19th, 1949. The same year, Sara Christian and her husband Frank, became the first couple to compete in a NASCAR event, with Frank finishing in 6th place, while Sara came in at 18th. 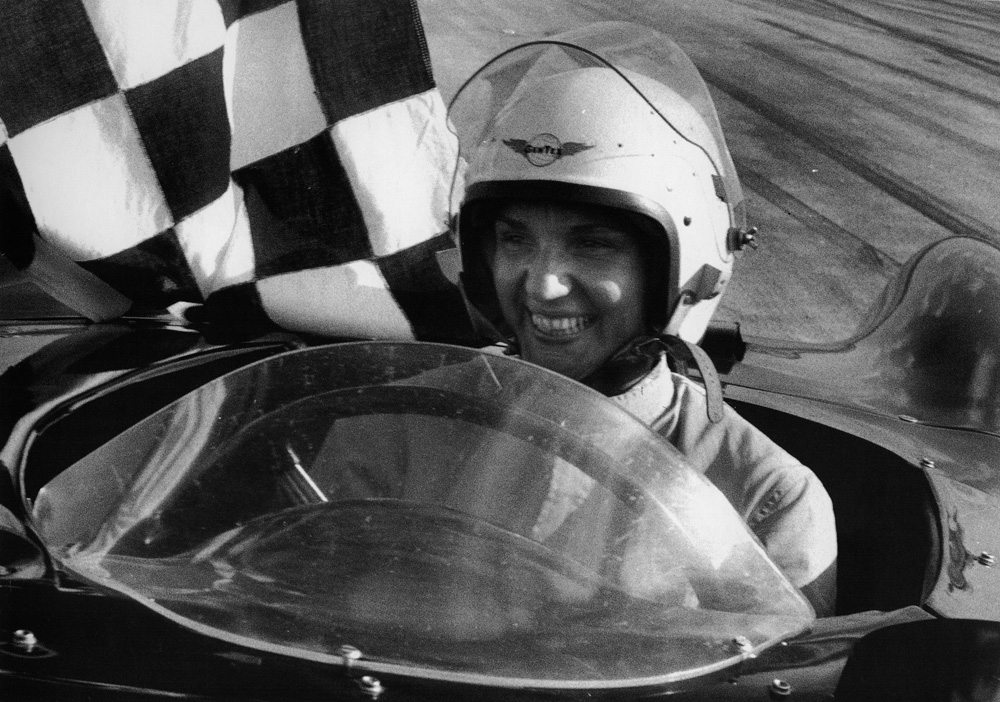 Denise McCluggage made her racing debut in the 1950’s when she purchased her first MG TC sports car.

She was previously a journalist at the San Francisco Chronicle and went on to write for the New York Herald Tribune as a sports journalist in 1954, whilst also participating in professional races. Denise had some remarkable achievements in her racing career including winning 1st place in the GT category at the Sebring 12 Hours in 1961 as well as 1st place at the 1964 Monte Carlo Rally. After giving up racing in the late 1960’s, Denise McCluggage remained the only journalist to be included in the Automotive Hall of Fame.

Annie Hall
Annie Hall is one of the most reputable and famous female race car drivers, and was notorious in the 1950’s and 1960’s for it. She began her racing career with her sister, Mary Newton, in a Jaguar XK 120 and were proclaimed the “mad Newton Sisters” because of their speed and expert driving skills. In 1953 they won the Ladies’ Cup at the London Motor Rally, Hall won the Ladies’ Cup at the International Viking Rally held in Norway in 1954 and in that year, they won the Ladies’ Cup in the Dutch Tulip Rally and, in 1955, the Coupe des Dames at Monte Carlo. 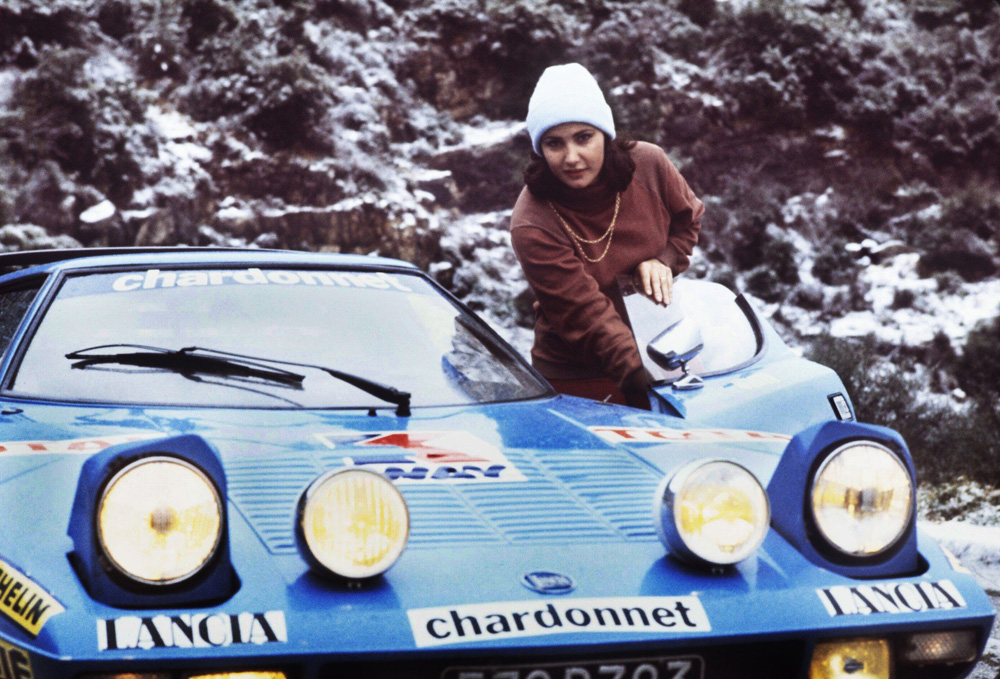 Mouton started her rallying career in 1973 as a co-pilot but soon took the driver’s seat, winning a notable amount of French and European Ladies Championship titles and the Rally of Spain in 1977. 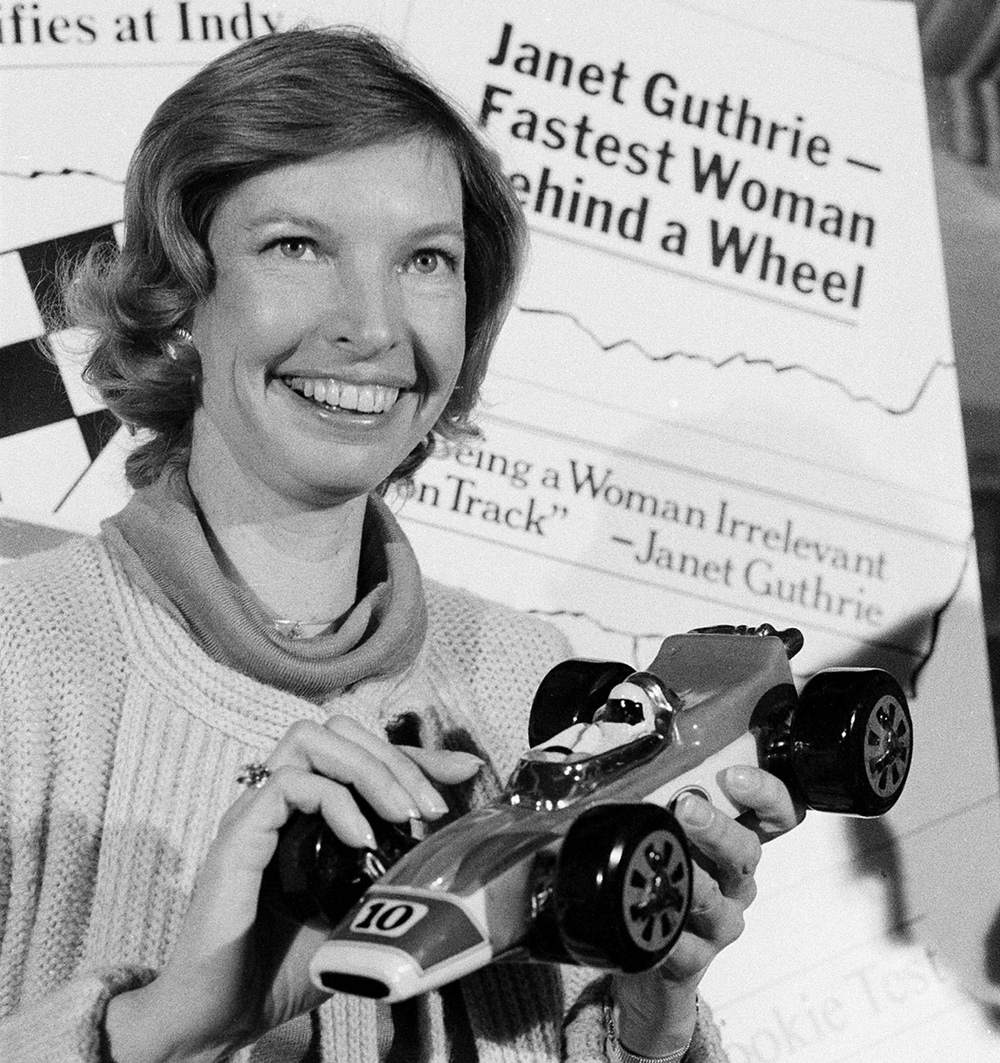 Janet Guthrie was the first woman to compete in a NASCAR Winston Cup stock car race in 1976 and was also the first female driver to race in the Indianapolis 500 and Daytona 500 in 1977. Her ground breaking achievements won her recognition in the Women’s Sports Hall of Fame in 1980 and the International Motorsports Hall of Fame in 2006. 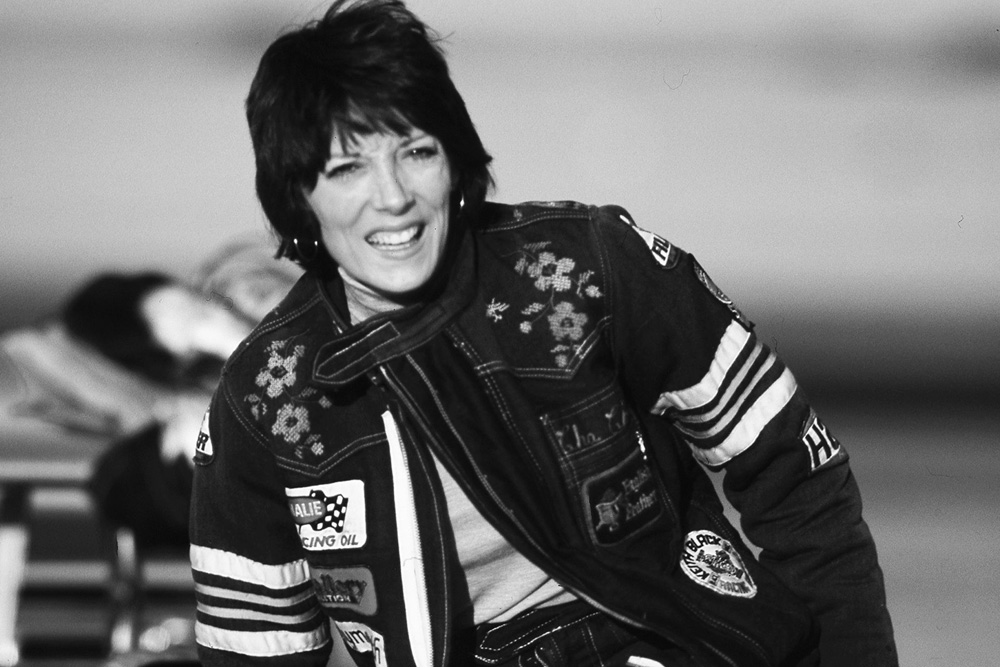 Shirley Muldowney, also known as the “First Lady of Drag Racing”, was the first woman to be licensed by the National Hot Rod Association and the first to drive a top fuel dragster. Throughout her motor sports career, she went on to win an astounding 18 NHRA national events, before she retired in 2003. 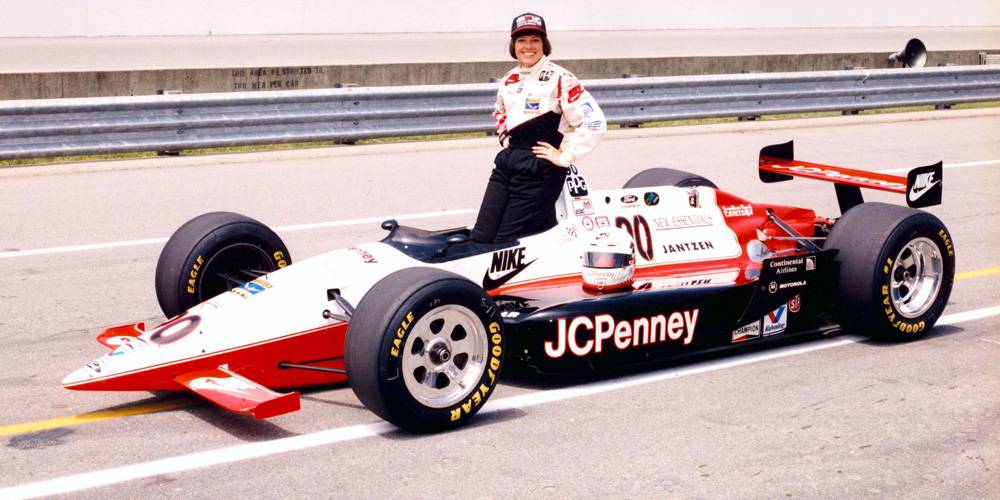 Staring her motor sports career in 1973, Lyn St James is the first woman to win a solo North American professional road race at Watkins Glen, New York in 1985. She was also one of only 5 women to qualify for the Indianapolis 500 and the first woman to win the Indianapolis 500 Rookie of the Year award in 1992. After retiring in 2001, she wrote a book, “Ride of Your Life.” 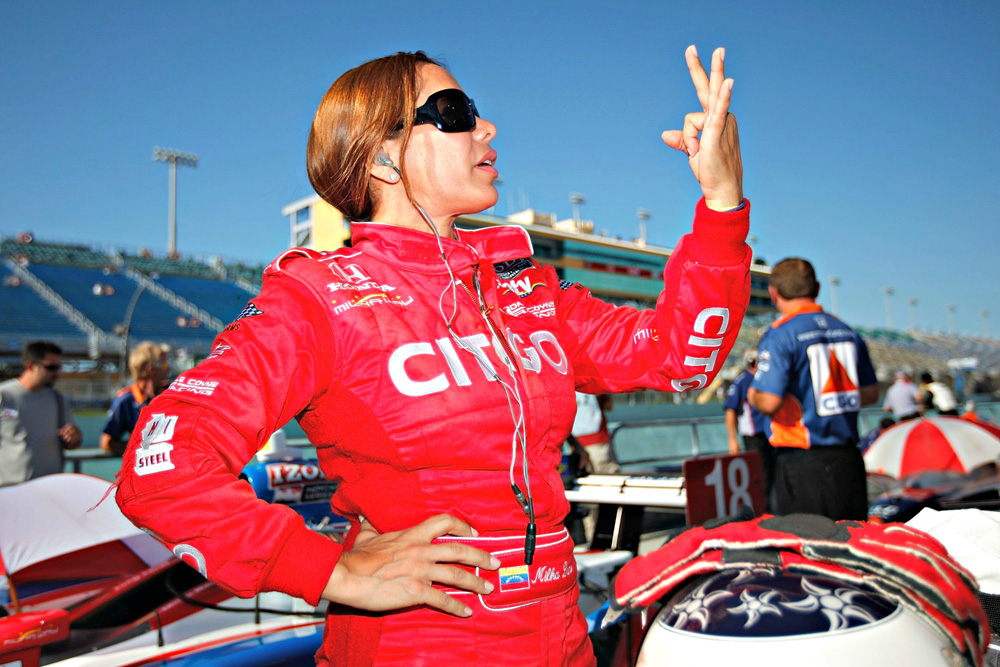 Duno made her first notable victory in 1996, marking the beginning of a successful racing career after making 2nd place at the Venezuelan GT Championship. She went on to win the Miami Grand Prix in 2004, making her the first woman to win an international sports car race in North America. She also made history when she finished in 2nd place in the 24 Hours of Daytona in 2007 as this was the highest finish for a woman in the history of the race. 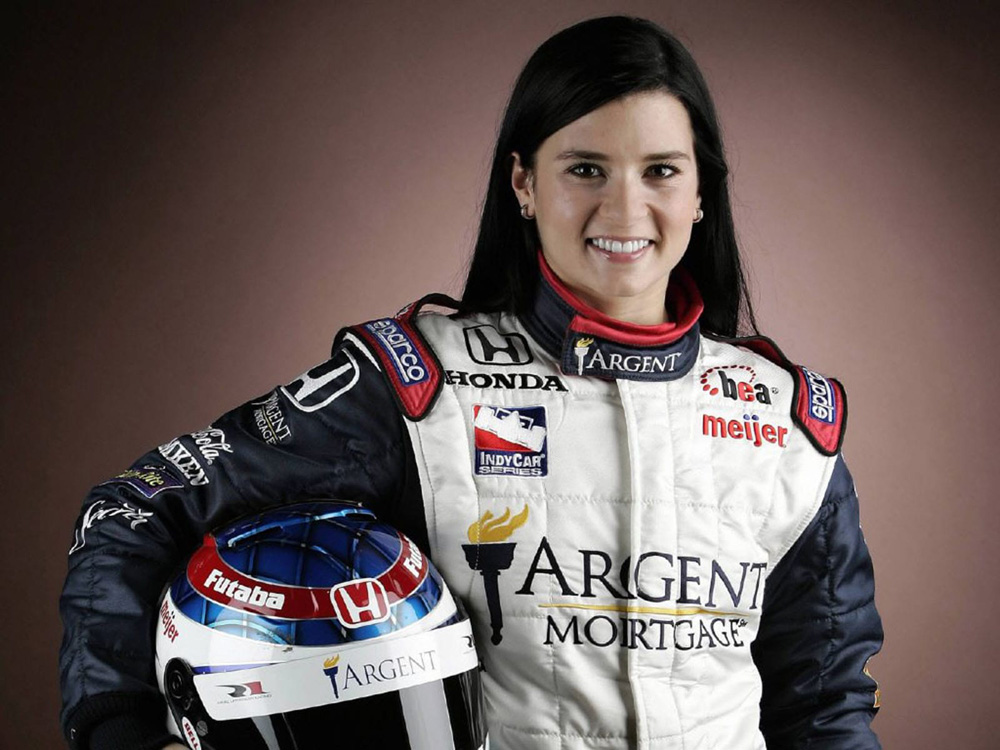 Danica is known to be one of the most successful women in the history of American open-wheel racing and this is due to the fact that she is the only female racer to have won the Indy Japan 300 in 2008, marking the only women’s victory in an IndyCar Series race. She also made 3rd place in the 2009 Indianapolis 500, which is the highest place ever reached by a woman. In 2013, she became the first female NASCAR driver to win a NASCAR Sprint Cup Series pole.