Five Of The World’s Most Gorgeous Natural Wonders 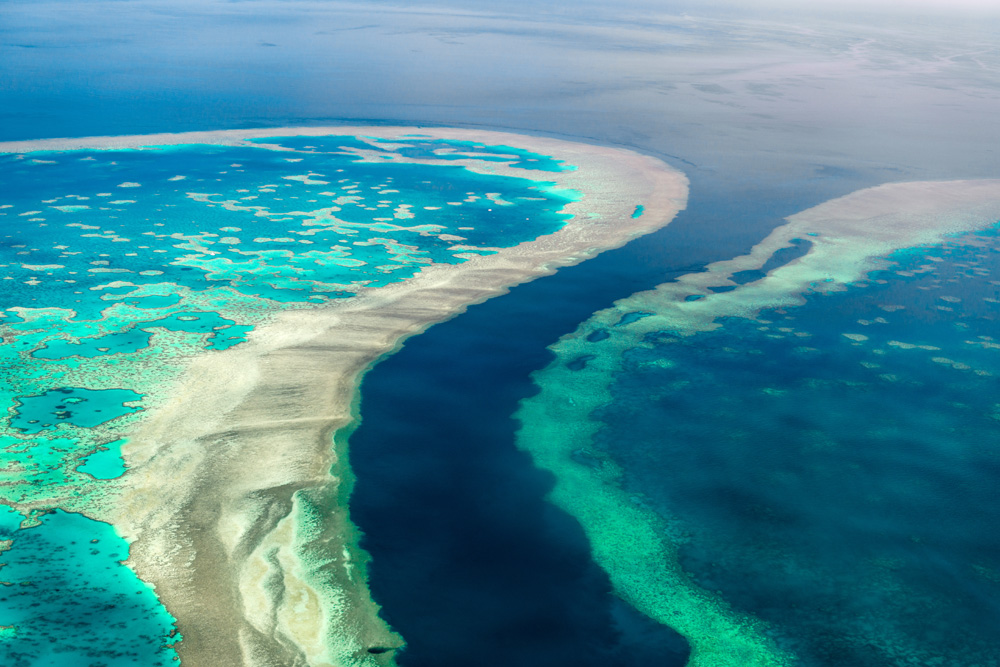 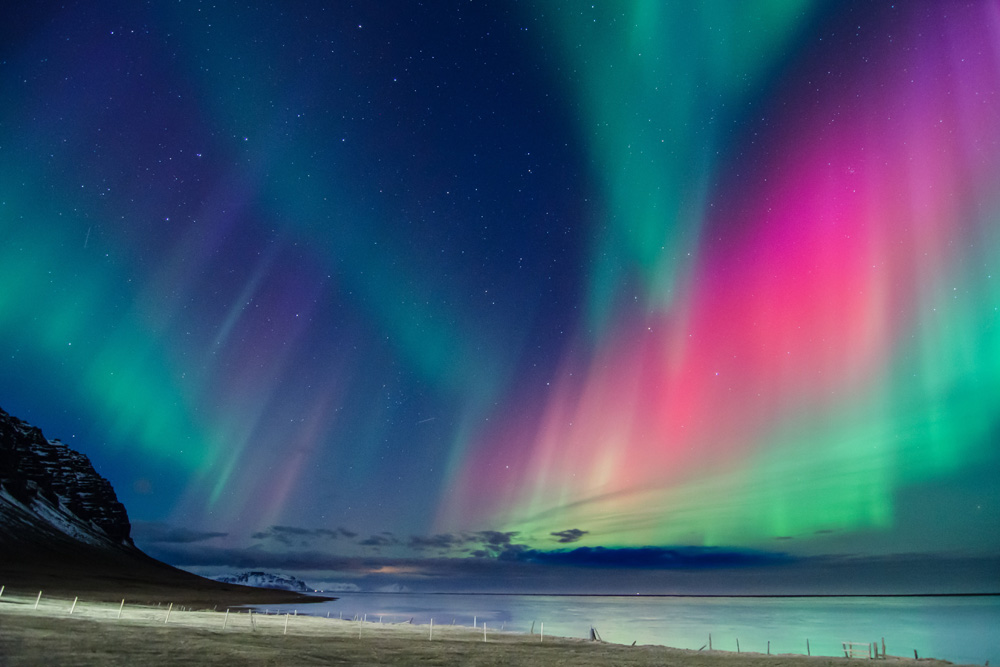 Known popularly as the Northern Lights, Aurora Borealis is a dazzling light show that can be seen in a few places on the globe including Alaska, northern parts of Canada, the southern half of Greenland, Iceland, Northern Norway, Sweden, and Finland. The lights are usually visible in the sky from the northern latitudes though under unusual conditions they can be seen as far south as Florida and Mexico. A similar phenomenon known as the Aurora Australis (or the Southern Lights) can be appreciated from the southern latitudes.

In Vietnam, this stunning bay with a name that literally translates to “descending dragon bay” is a UNESCO World Heritage Site and popular travel destination in the province of Quảng Ninh. Ha Long Bay features thousands of limestone karsts and isles in various shapes and sizes and is home to around 60 endemic faunal species and 14 endemic floral species. 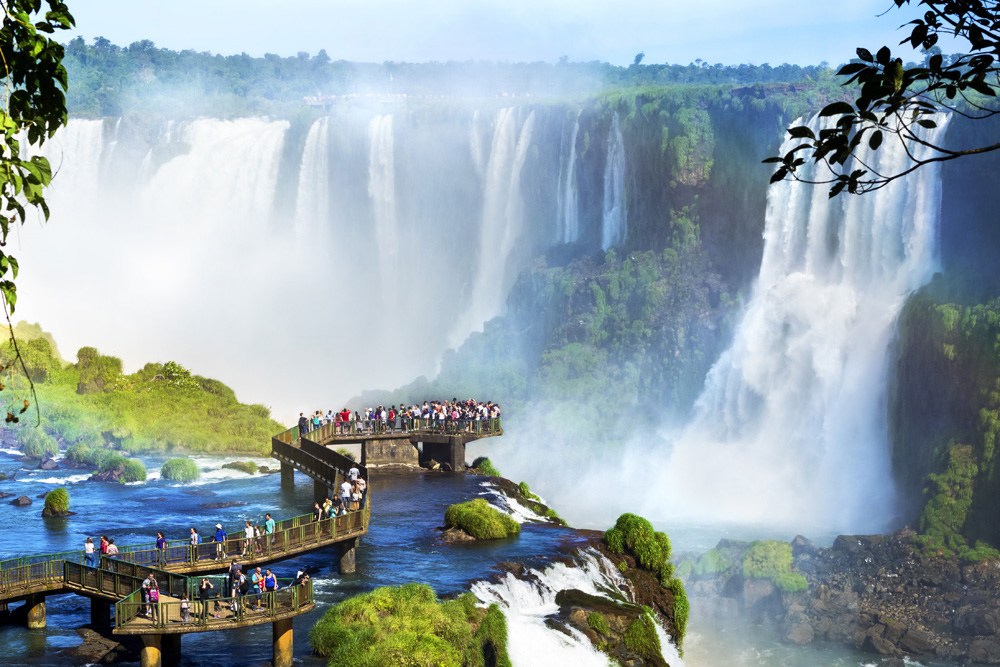 Awe-inspiring and breathtaking, the Iguazu Falls are waterfalls of the Iguazu River on the border of the Argentine province of Misiones and the Brazilian state of Paraná. Together, they make up the largest waterfall system in the world. With over one million visitors coming to take in the gushing cascades of Iguazu every year, its power to stun shows no sign of weakening. 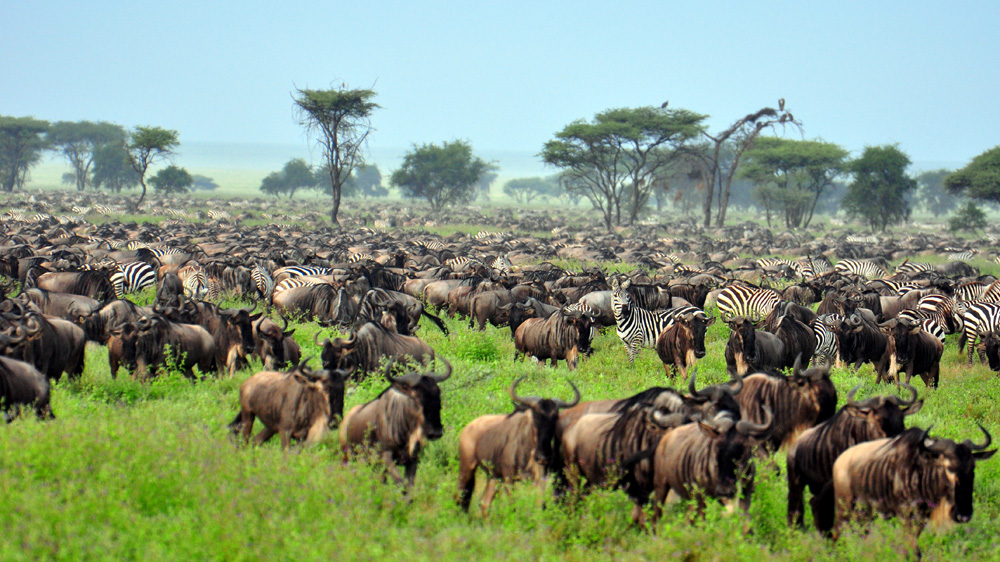 Its endless plains are just one stunning sight of the Serengeti, which is located mainly in Tanzania and extends into Kenya. The other majestic feature of this location is that it hosts the longest and largest overland migration in the world. Each year, nearly 260,000 zebras, 1.7 million wildebeest, 470,000 gazelles, and other plains game begin migrating from Tanzania. Around February, these animals begin grazing on the short grass plains of Serengeti’s southeastern section and give birth to about 500,000 calves. In late July to August, the herds arrive and stay in Kenya. 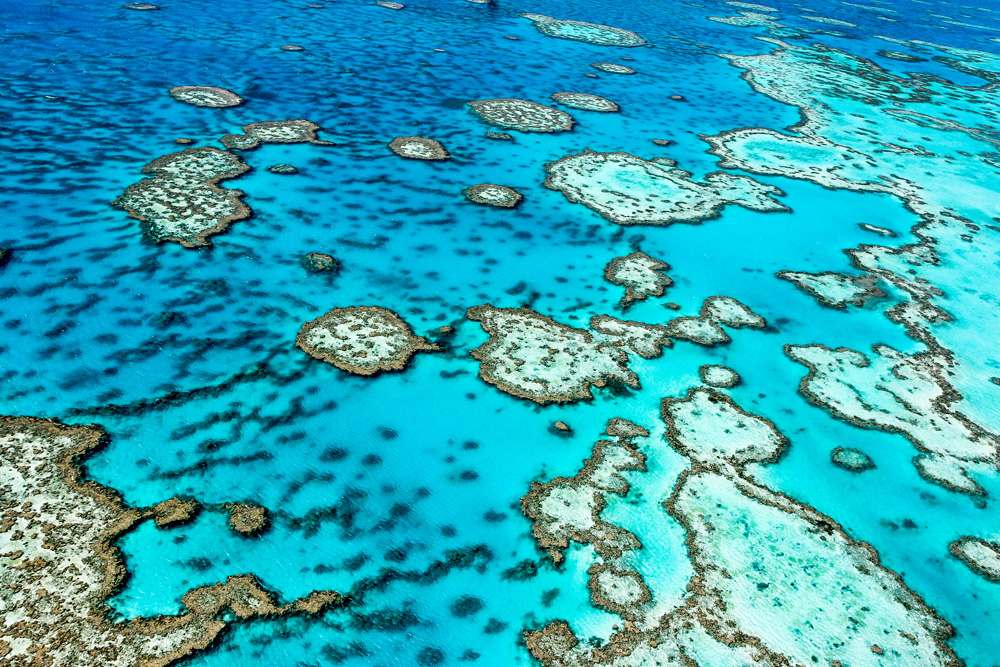 Located in the Coral Sea, off the coast of Queensland, Australia, the iconic Great Barrier Reef is the world's largest coral reef system, composed of over 2,900 individual reefs and 900 islands stretching for over 2,300 kilometers over an area of around 344,400 square kilometers.  The reef can be seen from outer space and is the world's biggest single structure made by living organisms – built by billions of coral polyps, which are tiny, soft-bodied organisms related to sea anemones and jellyfish.