The gorgeous Jessica Kahawaty, a Dubai regular, looked like a silver screen star in a dress that featured feathers, lots of sparkle and a fishtail. 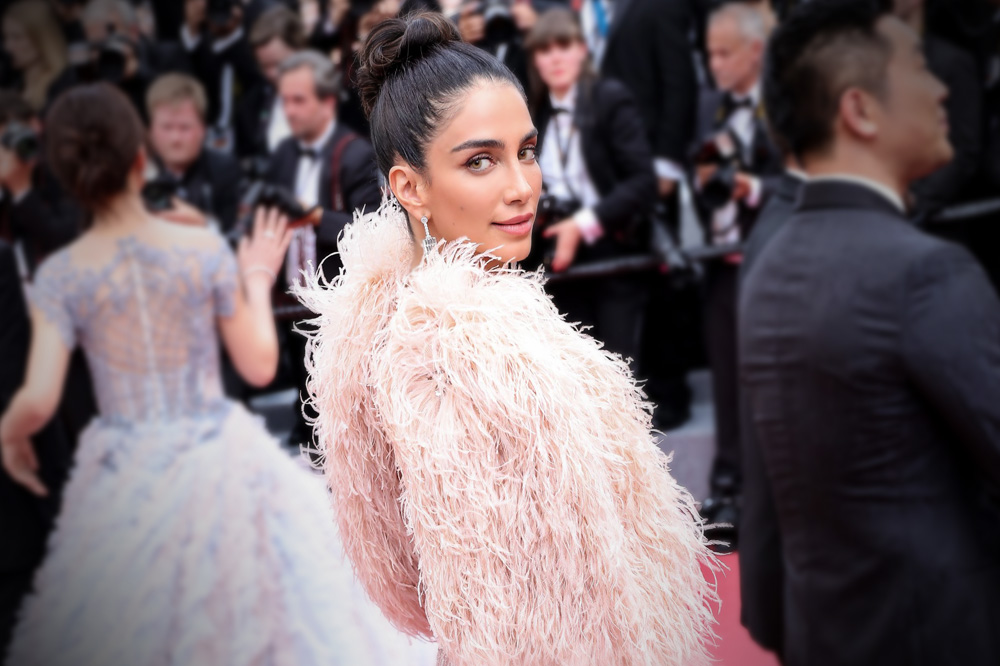 It’s a good thing the phrase fashion overkill will never exist at AboutHer. Just as we finished gawping at the looks that made the Met Gala one of the most memorable, the stars started descending on La Croisette for the 71st Cannes Film Festival. The opening ceremony and the screening of “Todos Lo Saben” (“Everybody Knows”) provided lots of red carpet action, with stars who constantly make it on best dressed lists like Kristen Stewart and Cate Blanchett, who also happen to be jurors this year, providing plenty of eye candy. And the thought of seeing more and more dramatic and beautiful high-fashion gowns as the über glamorous 12-day celebration of film unfolds has us on full alert mode. 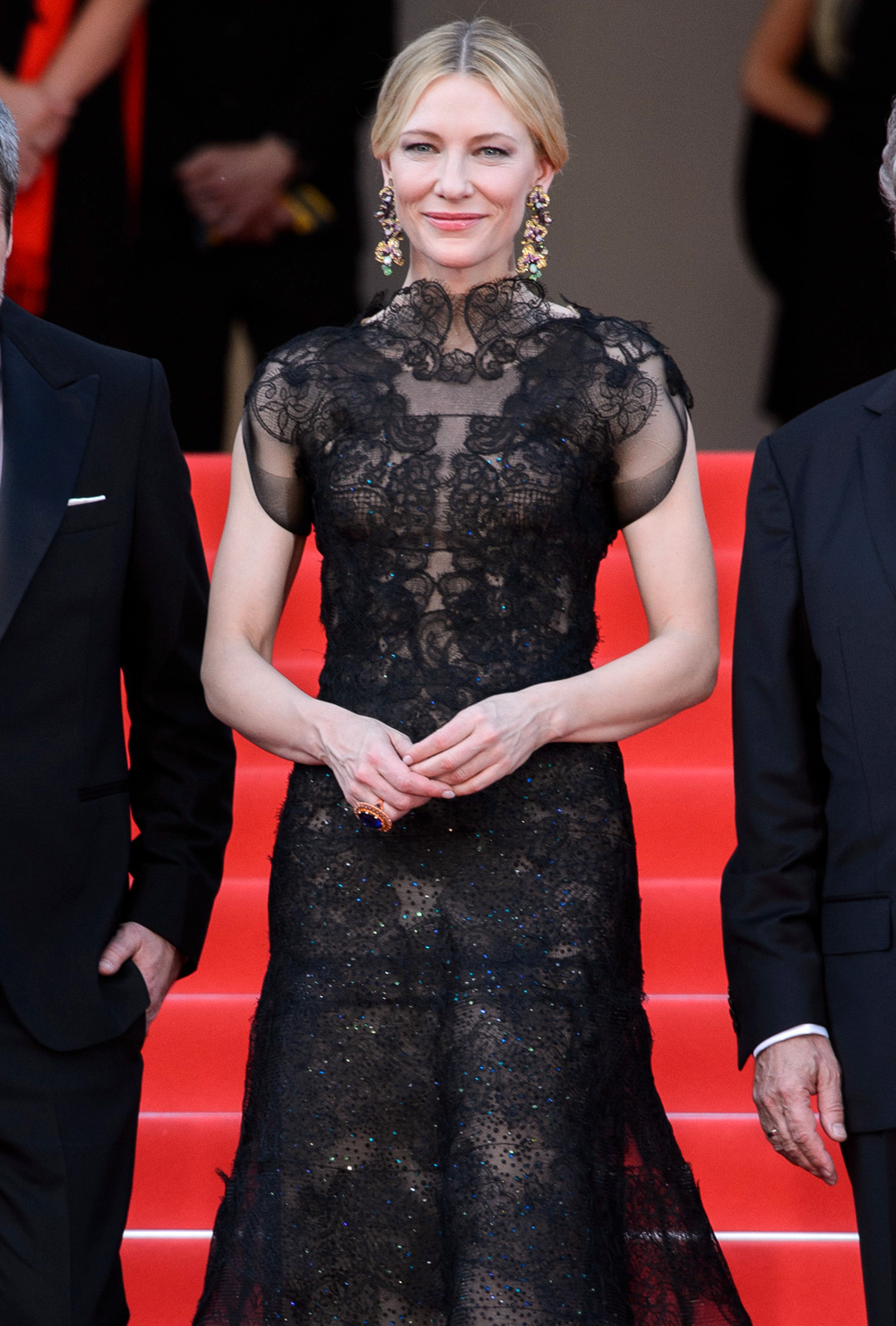 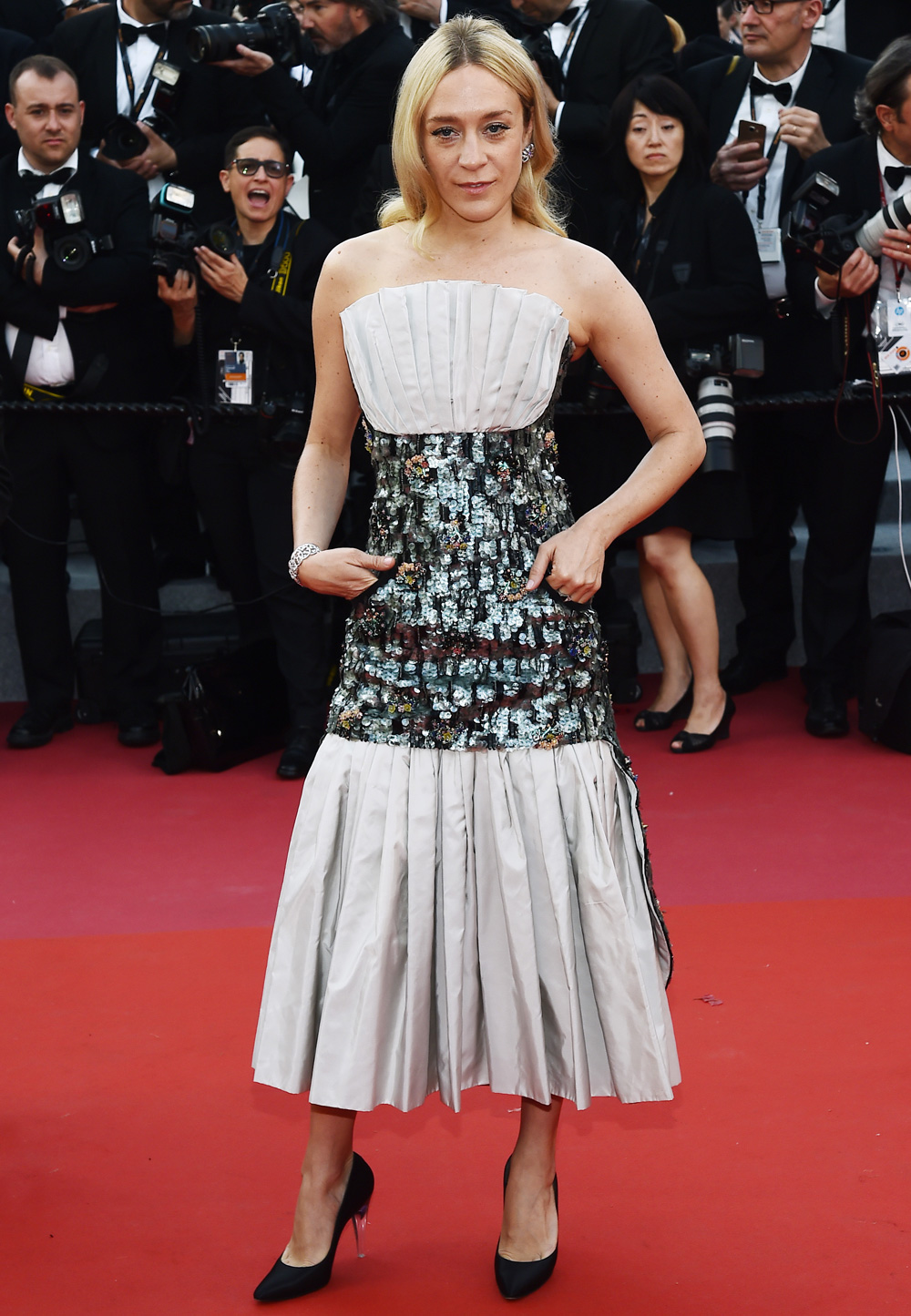 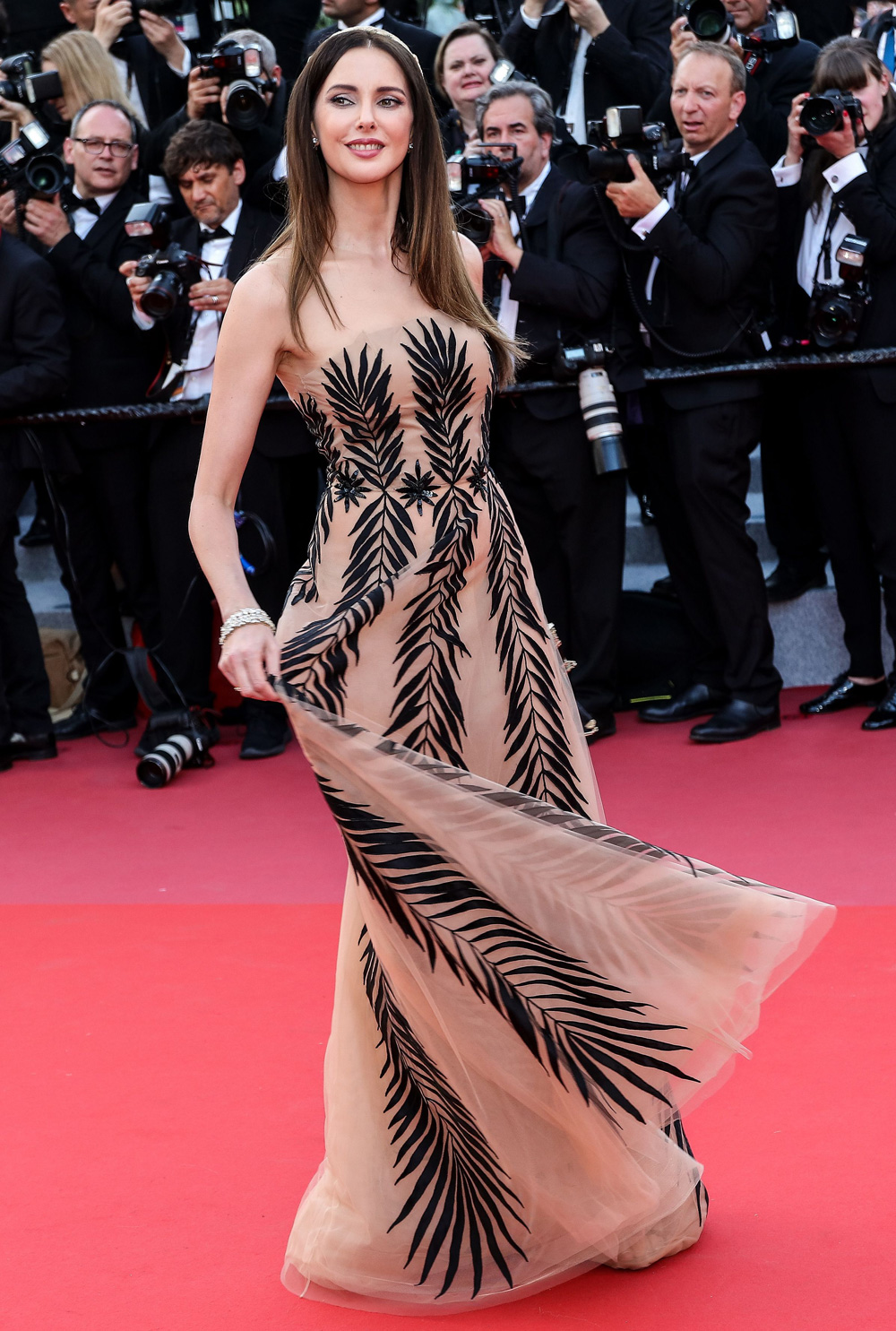 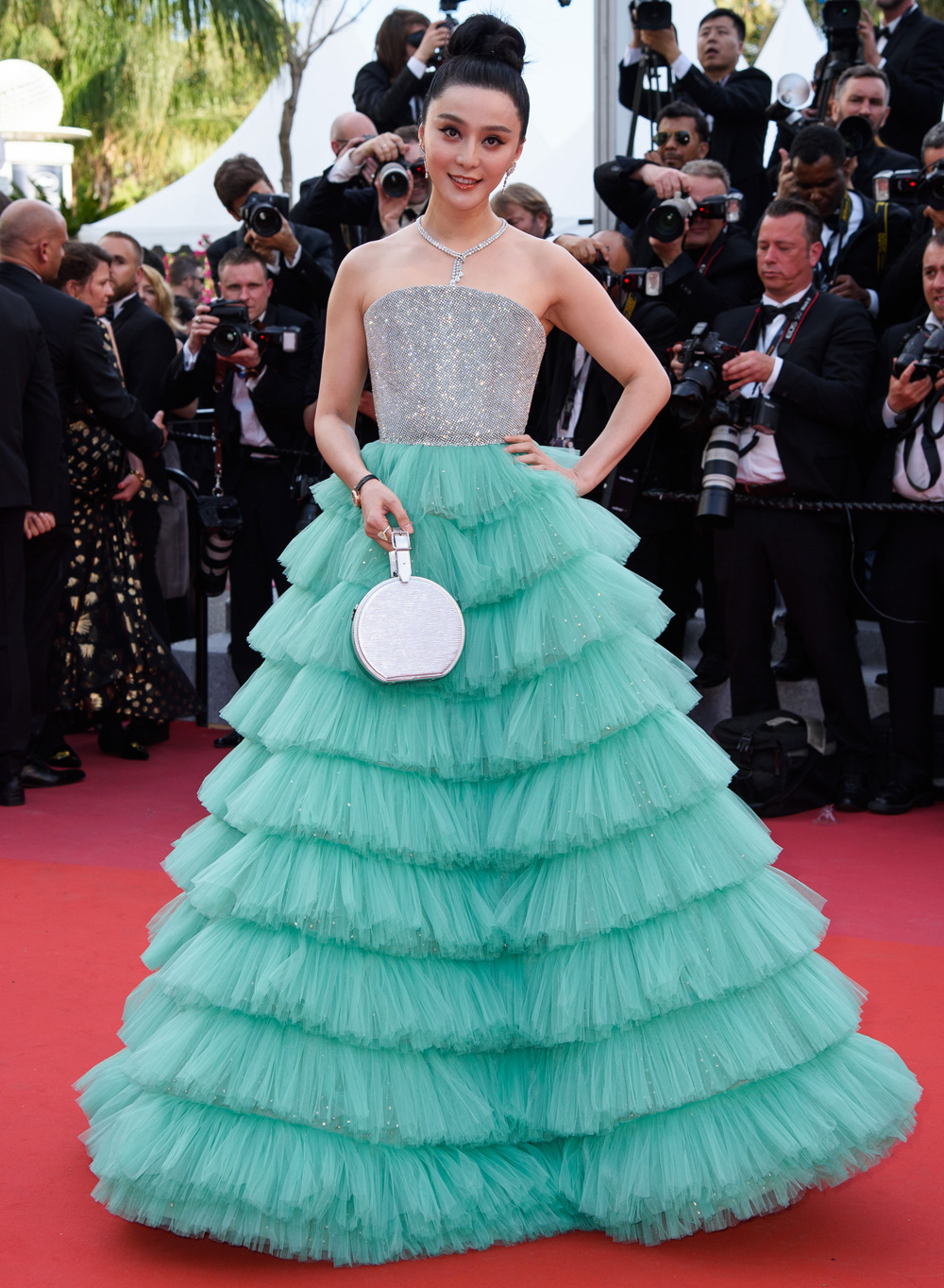 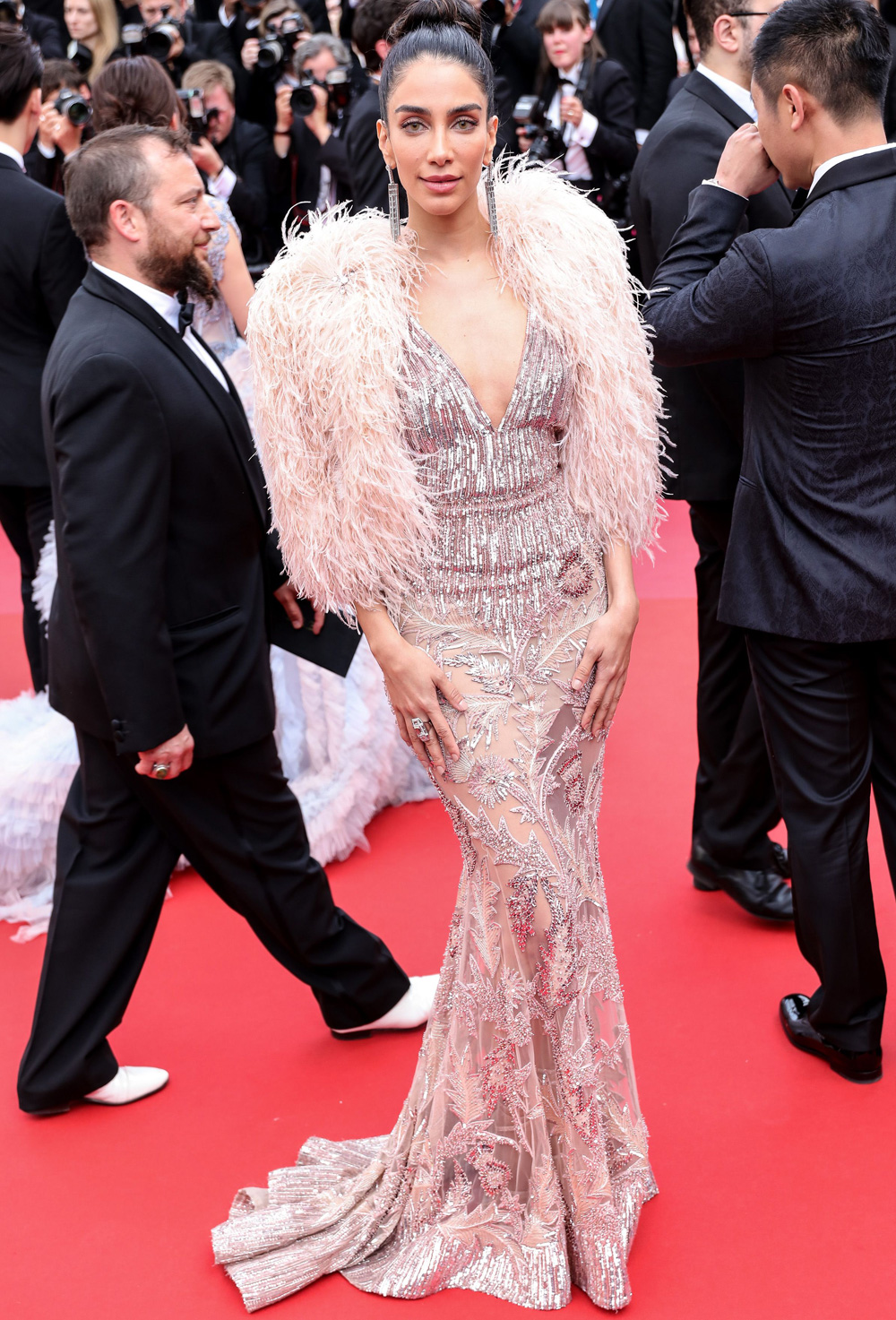 Regional Designers Stun Once More
When it comes to making stars stand out on the red carpet, Lebanese designer Zuhair Murad always has a lock on the look. Lebanese-Australian model, TV host and activist Jessica Kahawaty was a vision in his creation that featured feathers and a fishtail and gave off a bubbly and playful vibe. Araya A. Hargate’s bright red floor-sweeping gown with fringing, beadwork, a midriff-baring cut-out and two thigh- high slits was also the work of the haute couture maestro. The Thai actress wore it with a matching cape. We also loved Chinese actress Fan Bingbing’s mint and silver coloured tiered gown by Tunisian designer Ali Karoui. With a mix of bling and tulle, she gave us a really precious princess moment. 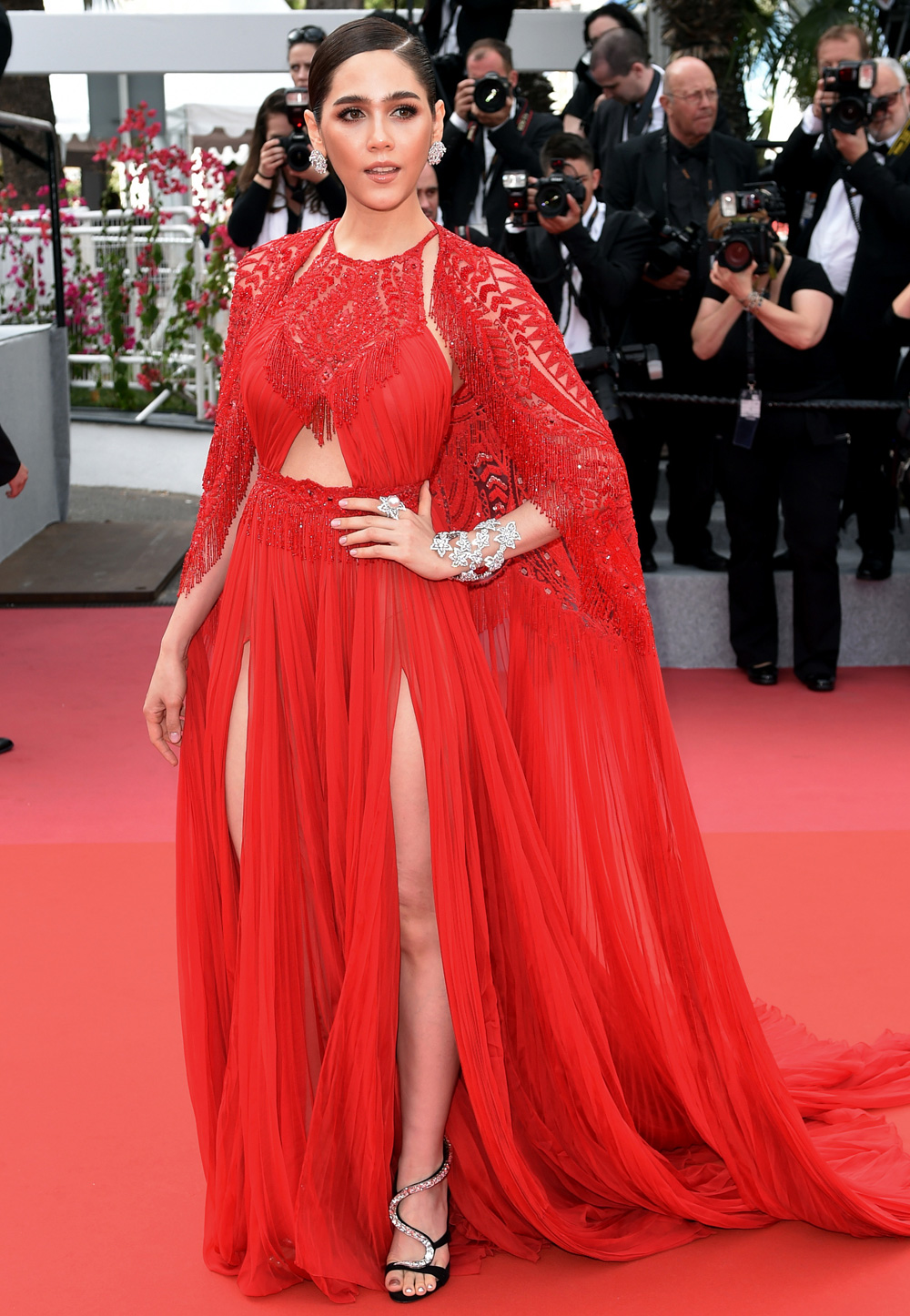 Araya A. Hargate in Zuhair Murad 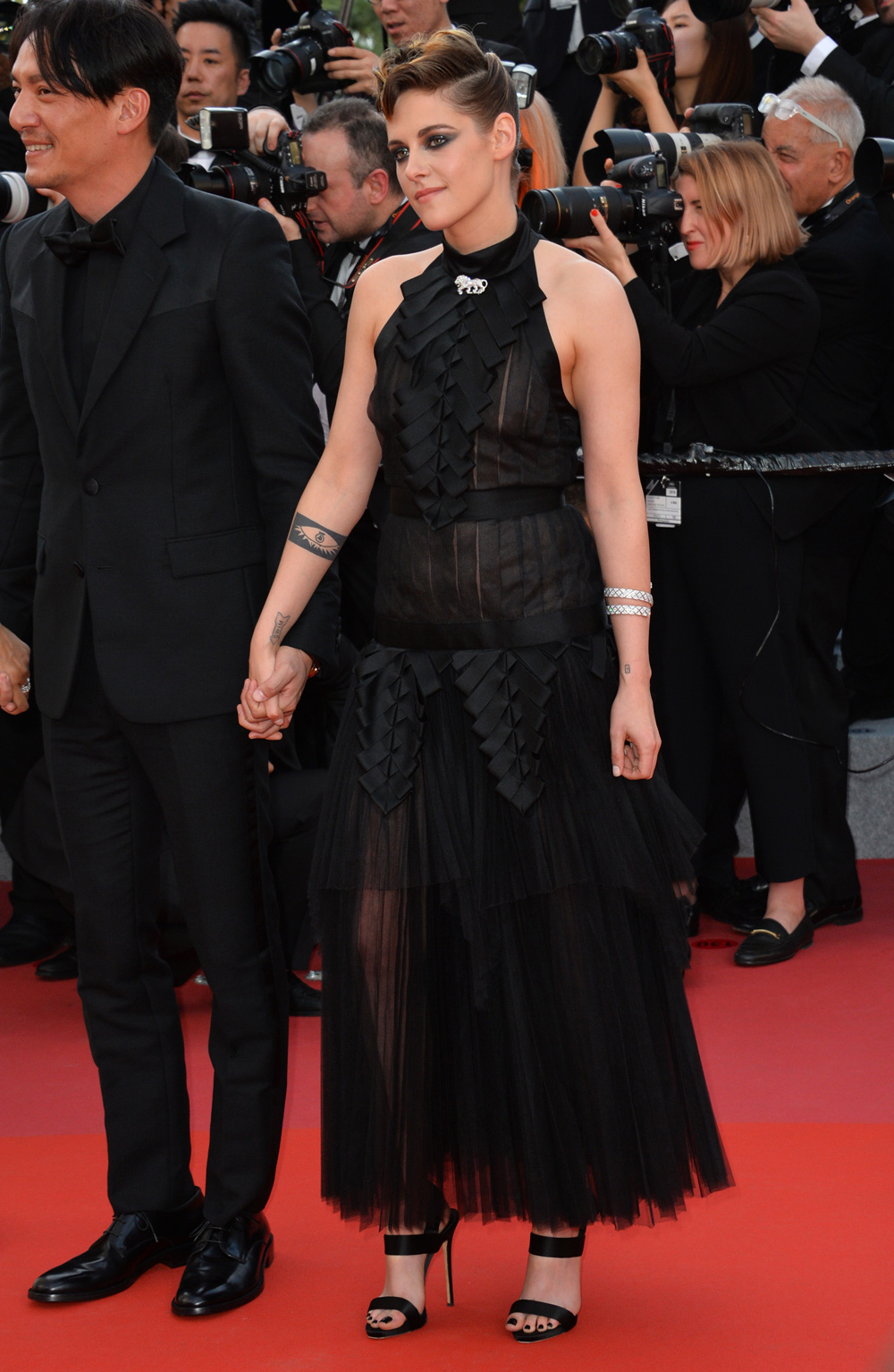 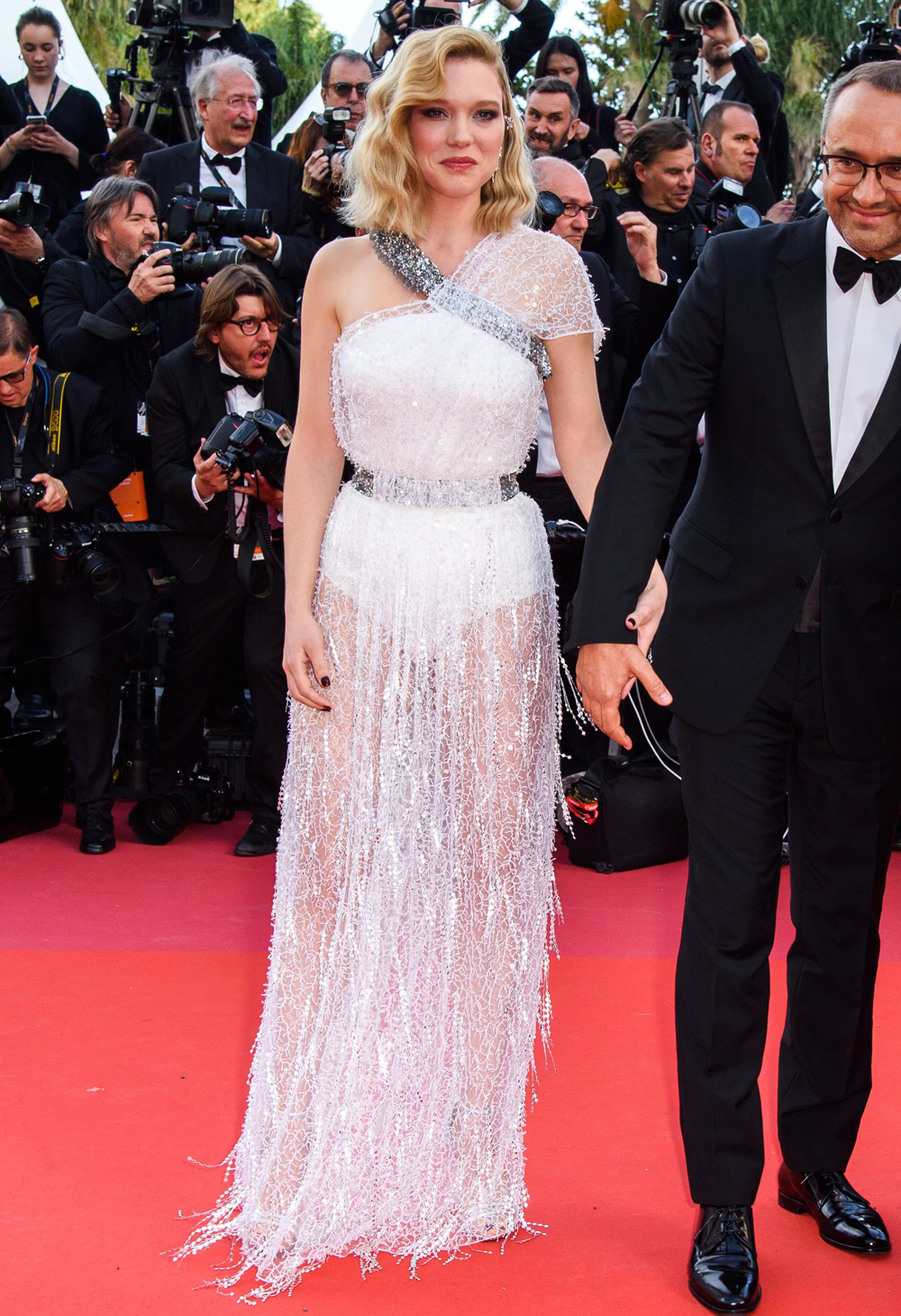 A Sea Of Differing Looks
Variety is surely the spice of life, and we loved that there were so many differently styled gowns during the opening ceremony.  One of the best looks we spotted came from Dutch model Romee Strijd. The 22-year-old dazzled in an incredible pleated low-cut embellished number. The metallic floor-length dress is certainly on our must-have list. Tallia Storm’s look, however, was more on the romantic side. The Glaswegian pop star opted for a ball gown with a floral motif and an embroidered bodice. English beauty Georgia May Jagger went for a timeless look, choosing a fluid black dress. Halter silhouettes and ultra-high slits are always winners and they looked as alluring as ever on her. And while Julianne Moore stepped out looking red-hot in a cape dress with feather detailing,  “Everybody Knows” actress Penelope Cruz turned heads in a black lace gown with tulle trimming across the bodice and full skirt. Another stunner who opted for black was Camila Coelho, a global style influencer who hails from Brazil. The 27-year-old looked nothing short of spectacular in a velvet mini dress with a hand-appliquéd asymmetric silk organza frill train, accompanied by a black and silver geometrically embellished belt. 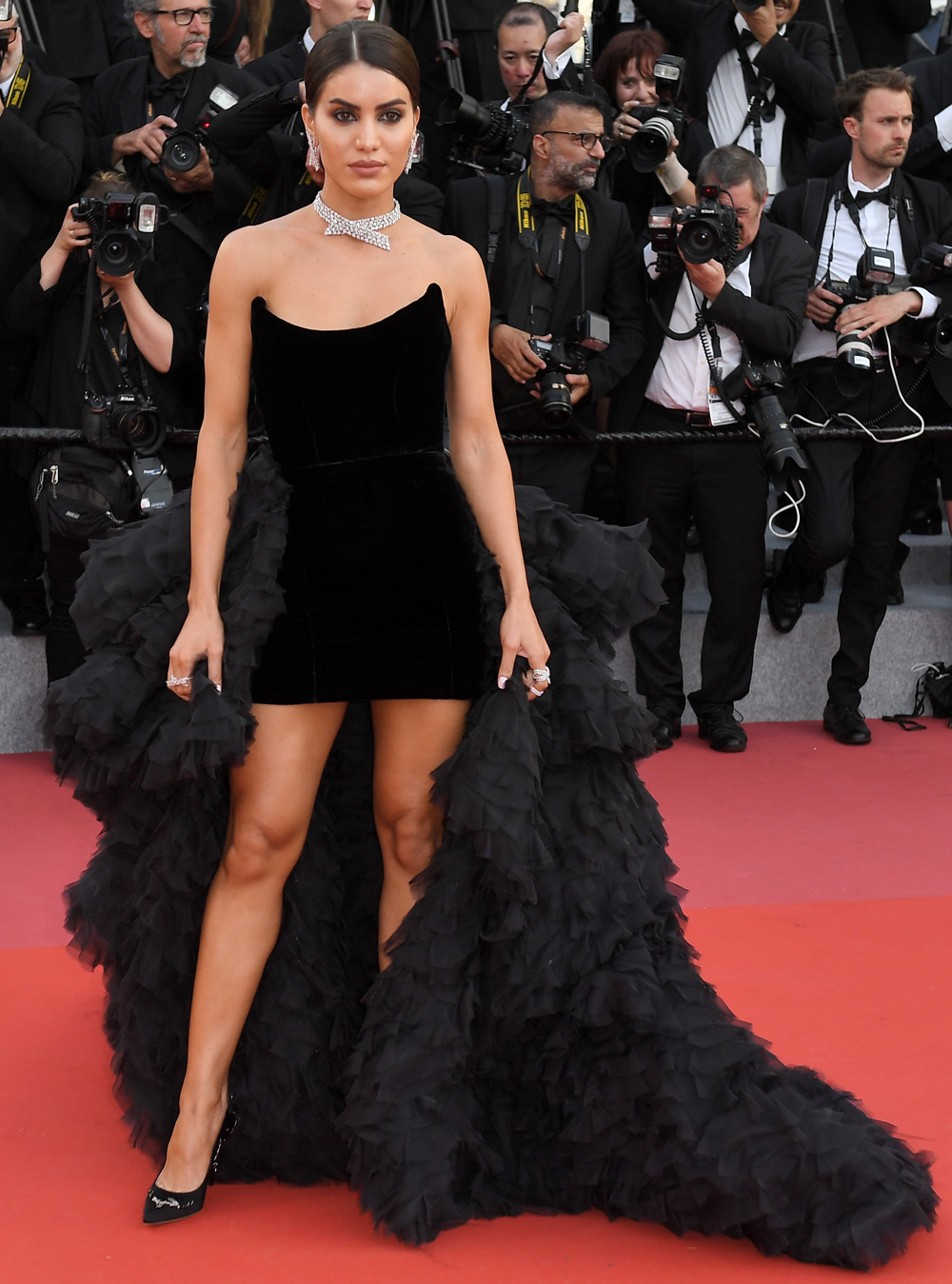 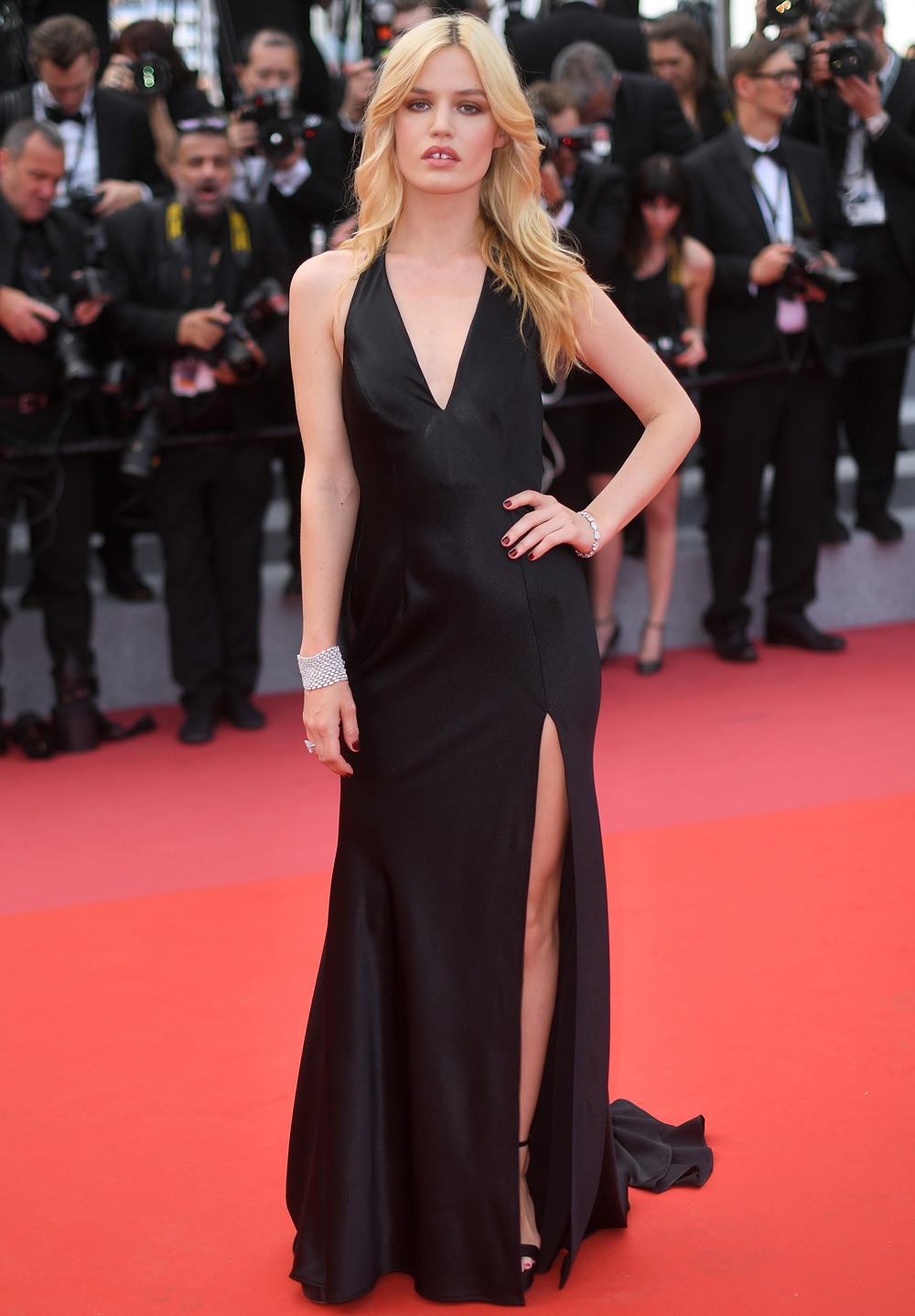 Georgia May Jagger in Twinset 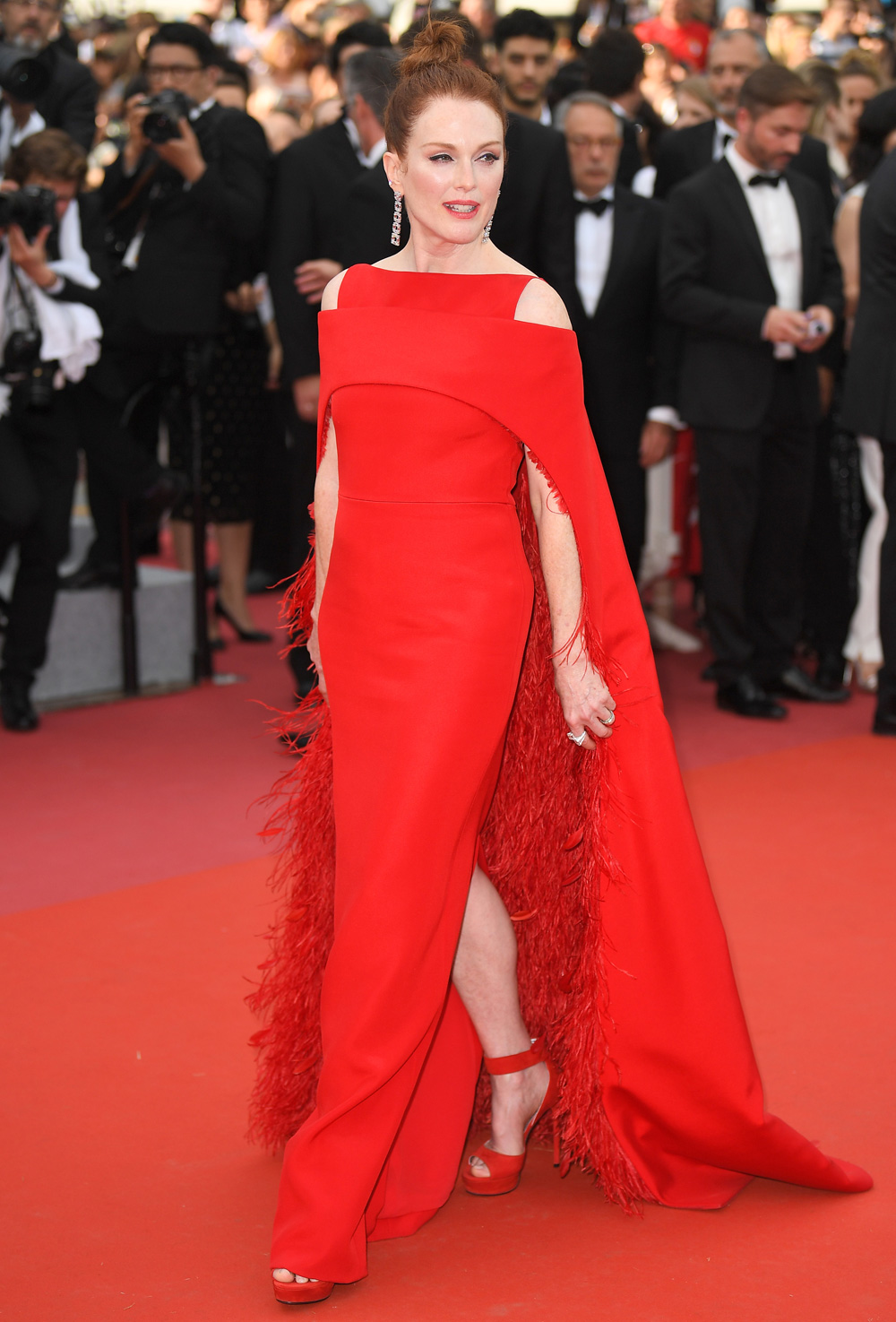 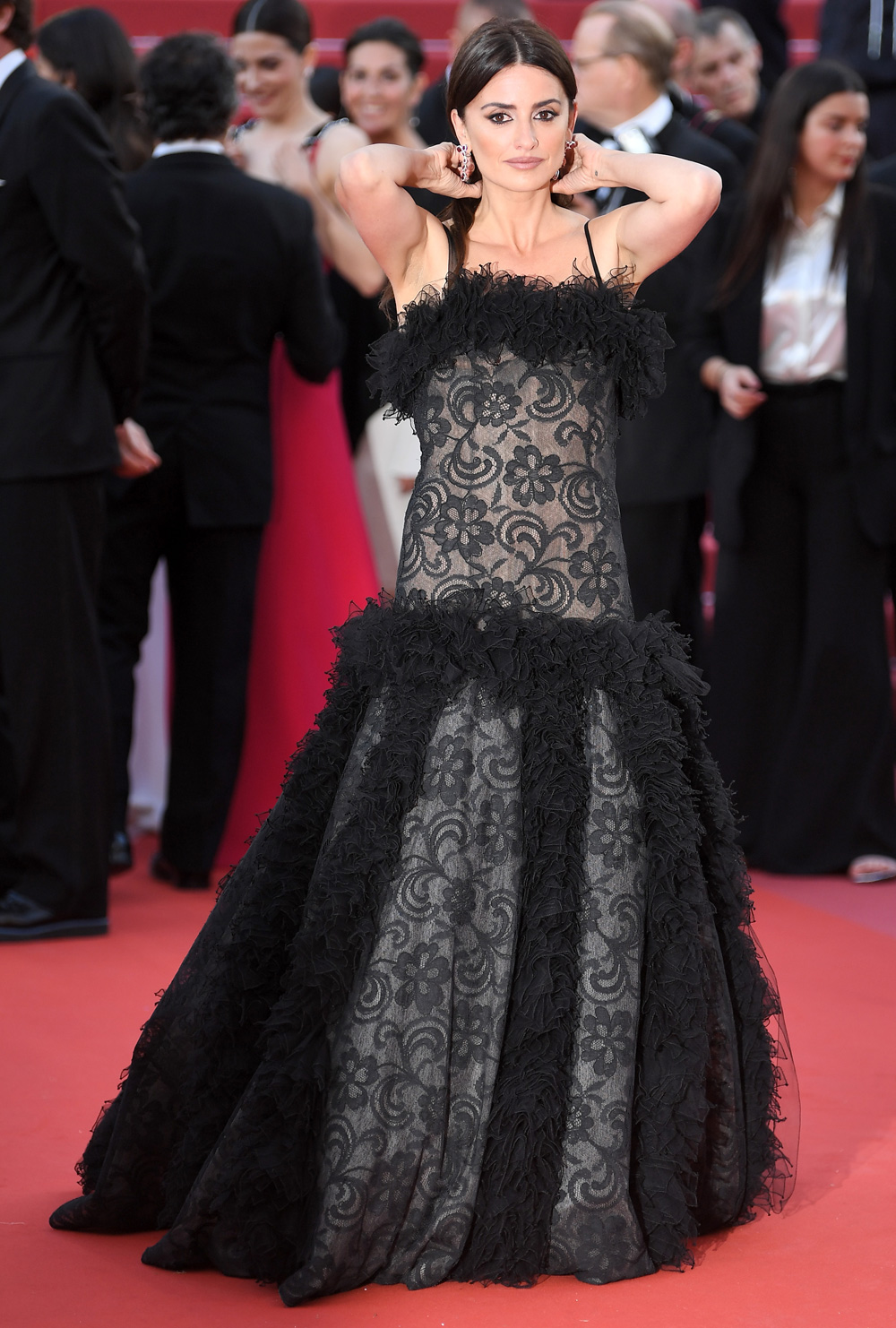 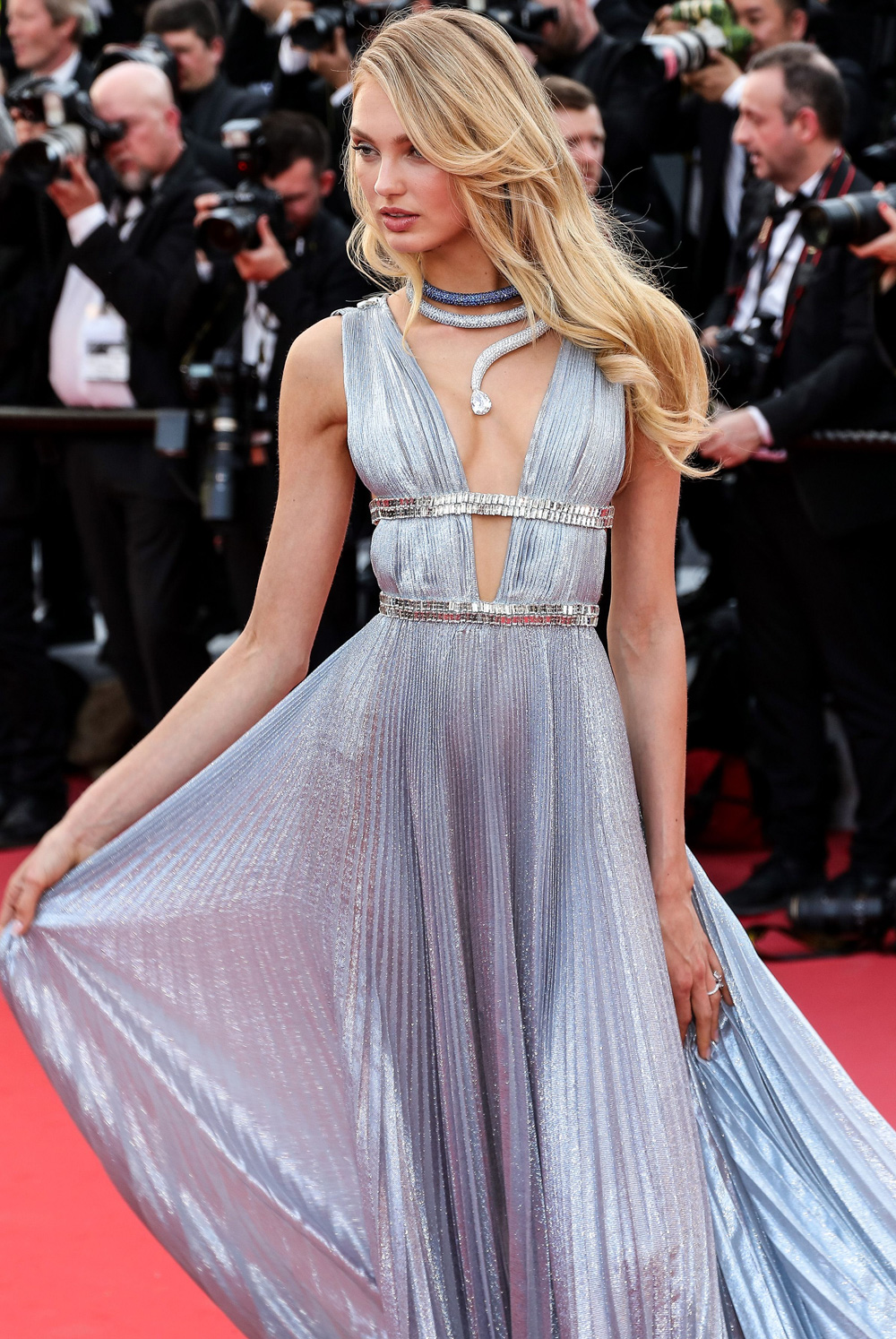 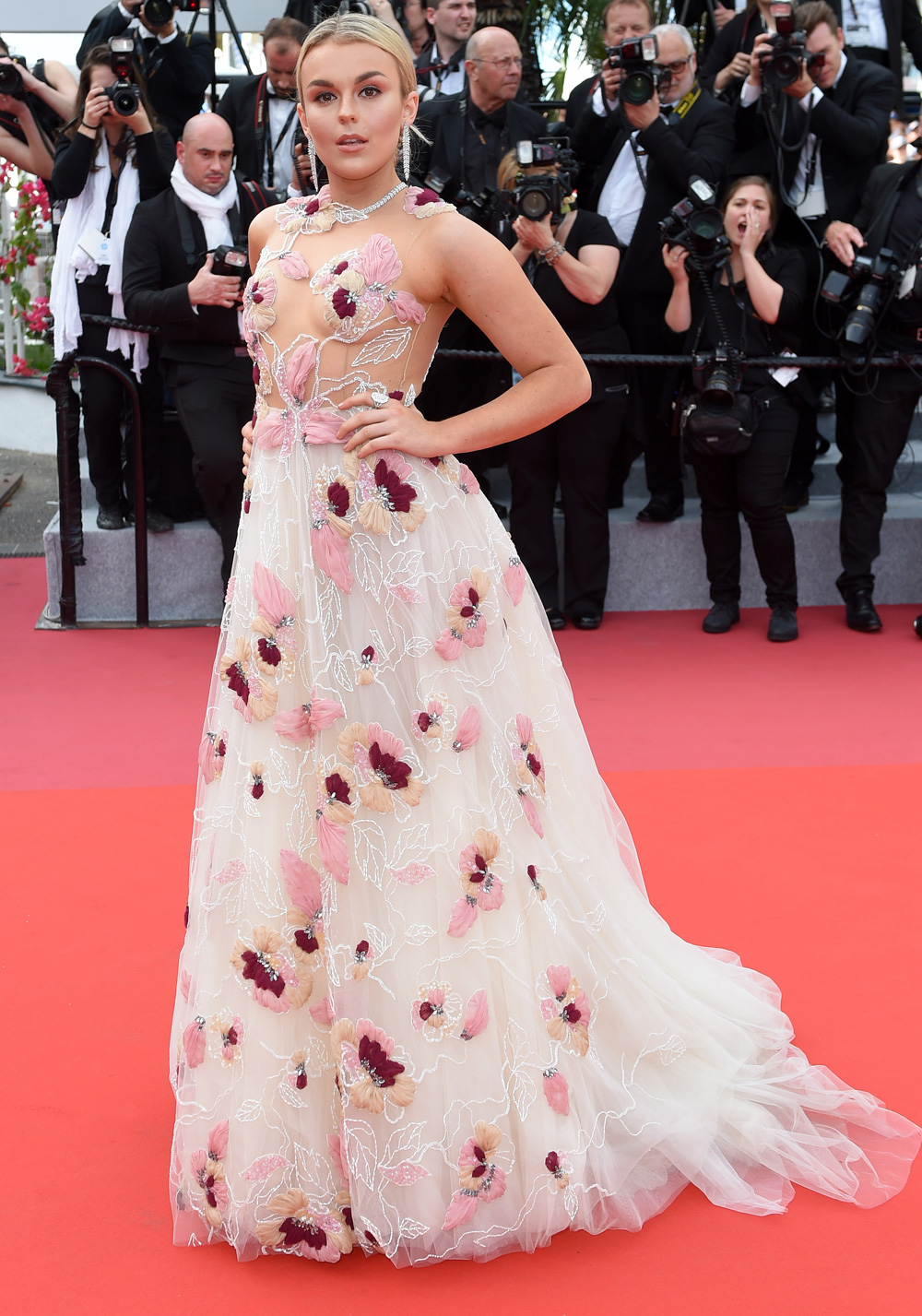