The podcast series from the heart of the Middle East dispels some of the western prejudices about the region and its culture while hosting change-makers and highlighting creative initiatives and progressive movements. 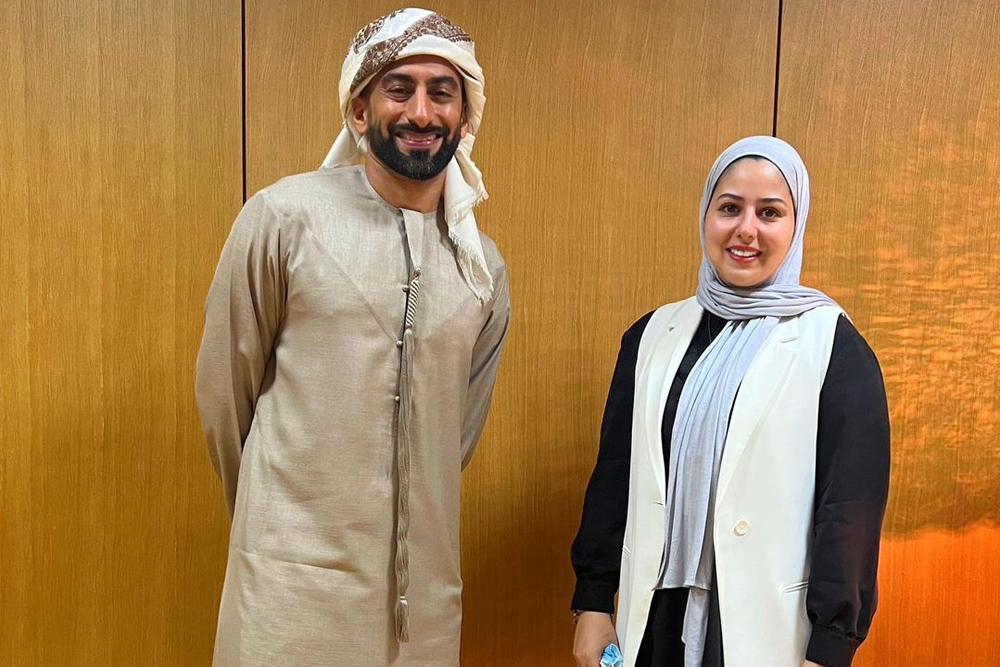 Jam-packed with information, as well as tinged with some entertainment and light-hearted chatter, it isn’t a surprise podcasts have been dominating the media landscape for a while. They also give listeners the ability to dive into topics without having to set aside some time to read or watch a video and offer many more benefits, including brain-boosting ones. With so much going for educative, portable, energizing and seriously engaging audio content, it isn’t surprising it’s the media avenue Sabal Almadi has chosen to spread her message. The Jordanian-American journalist, who is based in Saudi Arabia, is hosting her Bedouin’s Coffee Corner podcast series to dispel some of the western prejudices about the Middle East and Arab culture.

Founded by Almadi in May 2021 and now in its second season, the podcast with a unique positioning in Saudi has quickly amassed about 27K followers. As well as featuring change-makers in the region, Bedouin’s Coffee Corner highlights creative initiatives and progressive movements. Available on Apple Podcasts, the series is meant to make Arabs feel proud about their different cultures and heritage and encourage them to embrace their rich history. Additionally, the platform wants to show the west the other side of the Middle East they don’t see in long-established media. It’s all about highlighting the region’s cultural diversity and its beautiful ancient traditions while disabling the most common assumptions around its culture. The podcast also serves as a window for local talents, including photographers, designers and make-up artists to get noticed.

“My ultimate aim would be to get investors in order to turn this into a full-on production on a network, that would be a dream,” Almadi, who lives in Al Khobar, tells AboutHer. “This is something I’m working towards, the more attention the podcast gets, the more it has a chance at turning into a show (video and audio) on a network, which means more stories/ voices of the Arab world will be heard globally.”

The episodes include groundbreaking guests from all over the Middle East. During the second season, Almadi has had an impressive line-up, including Aya Barqawi. She spoke to the pace-setting fashion designer, stylist and photographer about the influencer scene in Jordan and how she got to where she is today. The young Almadi also sat down with Saudi Lama Alhamawi, a fellow journalist based in Riyadh, and the two touched on journalism, content creation and life. Meanwhile, Zeina Kilani, who has made a name for herself as a top stylist and worked with major regional publications, actually kickstarted the season. Dina, known as Dinas_version on TikTok, has been another recent guest on the show. The conversation with her involved double standards, TikTok experiences, books and more.

While Almadi’s list of guests she would love to have on upcoming episodes is long, Emirati entrepreneur and businessman Anas Bukhash is one of those who has made it to the top. “His positivity, resilience, and overall vibe is incredible. He’s really inspiring to me,” Almadi says about the Co-Founder of Ahdaf Sports Club and Founder of Bukhash Brothers Company. She also hopes to host award-winning journalist, activist and motivational speaker Noor Tagouri. Tagouri is also the producer of the documentary series “The Trouble They’ve Seen: The Forest Haven Story” and the “Sold in America: Inside Our Nation's Sex Trade" podcast series. Almadi simply describes the Liyban-American as “an icon.”

After working in media and PR, Almadi realised it wasn’t exactly the kind of work she felt at one with. She subsequently decided to enroll in New York University’s online Master of Arts in American Journalism programme, which happened to have a podcast class. The class required students to pitch ideas for a podcast show. And Almadi, a podcast enthusiast who had already toyed with the idea of launching one, took the university project as an opportunity to delve into the world of audio content without needing to worry about botching things up.

Almadi, the sole Arab in her programme, found herself moaning to her mum about how so many of the articles she came across during her studies misrepresented the Arab world. And it was while discussing this over an early morning cup of coffee in the special coffee corner of their house that the idea of Bedouin’s Coffee Corner came to light.

Almadi’s next step in her entrepreneurial journey is to find opportunities to monetise the podcast, whether it’s through collaborations, investors or something else. “Currently, I’m open to all possible opportunities. Additionally, I am aiming to take the next step as Sabal to get into being a moderator/speaker. Who knows, anything is possible,” she says.