Dubai’s Museum Of The Future Finally Opens To The Public

Here’s what went down. 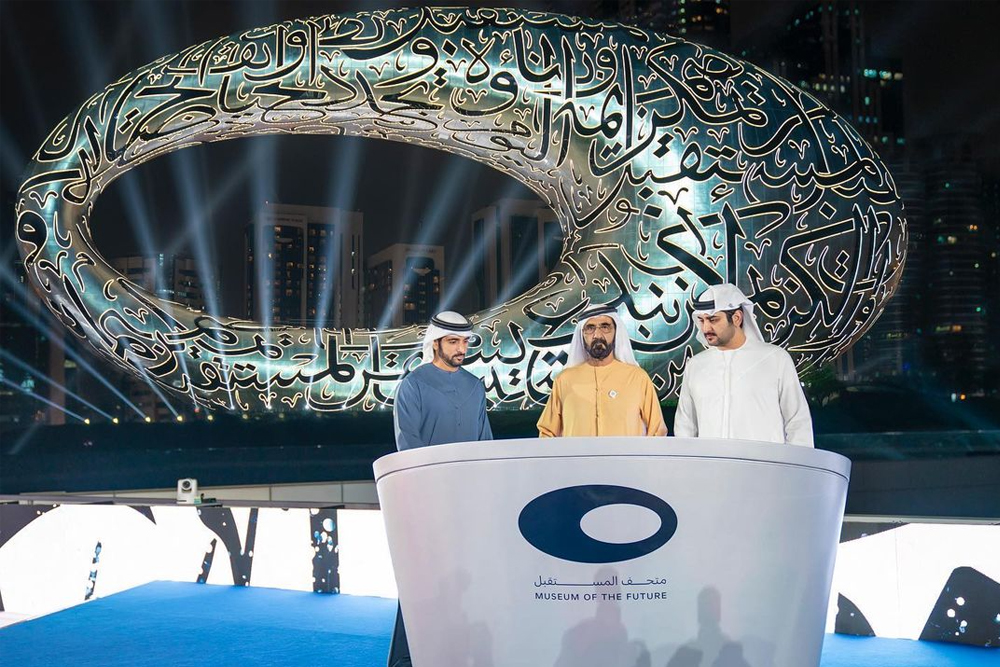 On Tuesday 22nd February 2022, Dubai opened the doors to the Museum Of The Future. The building itself an iconic spectacle and already becoming known as the “world’s most beautiful building.” The new futuristic museum is a seven story hollow silver ellipse shape adorned with Arabic calligraphy featuring quotes from Dubai’s ruler, Sheikh Mohammed bin Rashid Al-Maktoum, and thousands of LED lights.

Situated on Dubai’s famous Sheikh Zayed Road, the city’s main highway, the museum is set to exhibit design and technology innovations, taking visitors on a “journey to the year 2071,” as suggested by organizers.

Signboards directing cars and visitors to the new establishment, which is located very close to the tallest building in the world, the Burj Khalifa, read “the most beautiful building on Earth,” just ahead of its big opening.

The Museum Of The Future is the latest addition to the United Arab Emirates’ (UAE) collection of spectacular architecture and comes after the $7-billion Expo world fair, which features a plethora of futuristic designs, opened on Dubai’s outskirts on 30th September 2021.

Moreover, the UAE’s capital Abu Dhabi also hosts a branch of the Louvre museum, whose license was extended by a decade last year to 2047 at a cost of $186 million USD.

It was French President, Emmanuel Macron that opened the Abu Dhabi edition of the Louvre in late 2017 and since opening, had attracted over 2 million visitors before the COVID-19 pandemic struck.

The UAE has remained committed to boosting its power as a trading and tourism global hotspot in a bid to diversify the economy away from oil.

Always looking to the future, the United Arab Emirates has also invested heavily in space exploration and travel and sent its first ever astronaut to space in 2019 and a probe named “Amal,” which translates to “hope,” into orbit around Mars in 2021 – making it the first Arab country to do it.