The designer’s feminine and sensual towering needle stilettos are loved by royalty and are immediately recongnisable due to a distinctive gold-plated eye carved and inlaid into every heel. 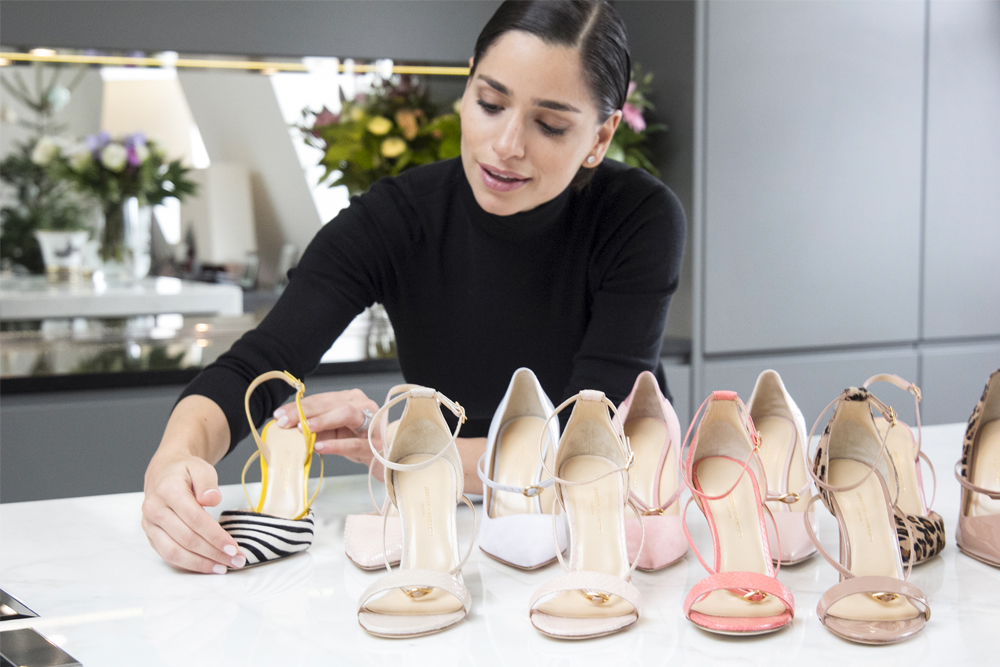 Image via The Lifestyle Edit

From Kate Middleton rocking her black suede “Lorenzo” pumps with an ‘Eye of the Needle’ gold buckle to Queen Rania stepping out in a different taupe version of the pointy-toe heels during Jordan’s recent 75th Independence Day celebrations, Jennifer Chamandi (Boghossian) undoubtedly has the royal seal of approval. In fact, the Jordanian royal is a repeat wearer of the silhouette that’s also been spotted on the likes of Meghan Markle and Amal Clooney.

The classic pump by the British shoe designer with Lebanese origins features her signature gold-plated Eye of the Needle heel detail as well as a removable strap and comes in many variations, from plain and classic in various colourways to a playful mélange of hues and textures.

The “Lorenzo” stiletto will always have a special place in Chamandi’s heart as it was her first creation, named after the manufacturer who helped her develop it. Having a ‘Made in Italy’ footwear brand was the main driving force and condition of launching her eponymous shoe label. And to reach her goal and communicate respectfully with the manufacturer, Chamandi set out to become fluent in Italian.

The Founder and Creative Director has managed to make a name in the competitive fashion world in just a few years thanks to that quality craftsmanship by the family-run master artisan atelier. And, of course, there’s the way her shoes emanate elegance and sophistication while being extremely comfort.

Growing up, Chamandi, had a love for maths as well as art, which she studied at the weekend. Although she fostered a childhood dream to create shoes, she left Beirut to study Economics at the London School of Economics. The mother of twins then started her career in the banking sector, trading in equity derivatives. However, her childhood wish was always at the back of her mind. So after spending seven years in finance, she followed her heart, armed with an intense six-week summer course from London’s renowned Cordwainers College, as well as one from Central Saint Martins, which she took while still working.

With a mind for numbers, it isn’t surprising Chamandi chose shoes, which have complex geometry, instead of bags or something else. It’s also expected that her creations are designed with meticulous precision, “employing an analytical approach in the translation of colour and texture, while borrowing inspiration from the abstract geometry art movement,” according to the website.