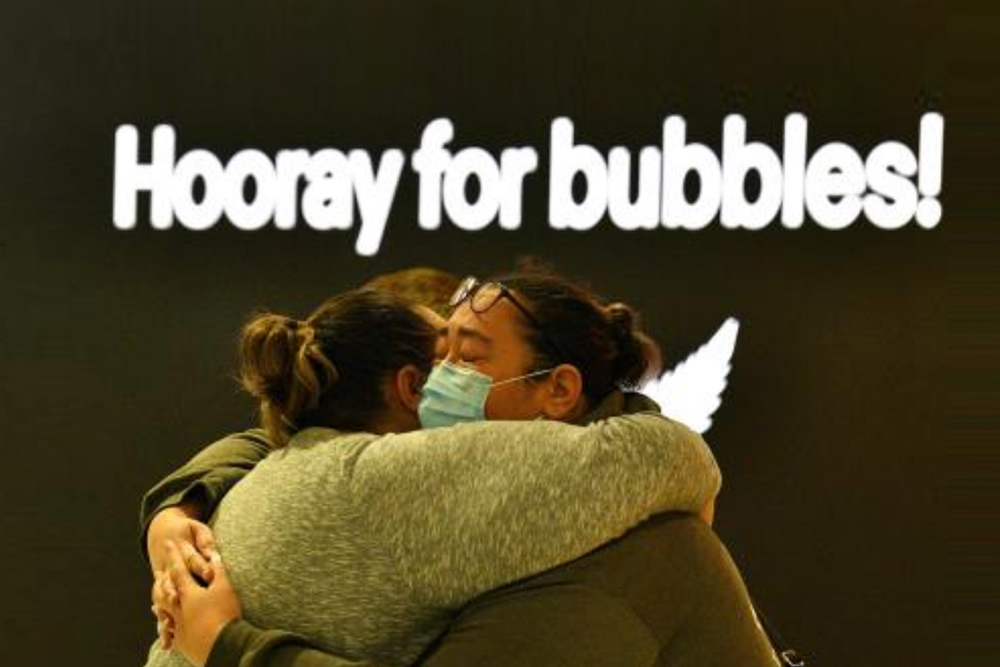 Photos in this article by AFP

Families reunited in emotional scenes Monday as Australia and New Zealand launched a quarantine-free travel bubble that opened the border almost 400 days after its pandemic-enforced closure.

There were group hugs and enthusiastic welcomes at airport terminals on both sides of the Tasman Sea as the long-awaited bubble sparked joy and relief. 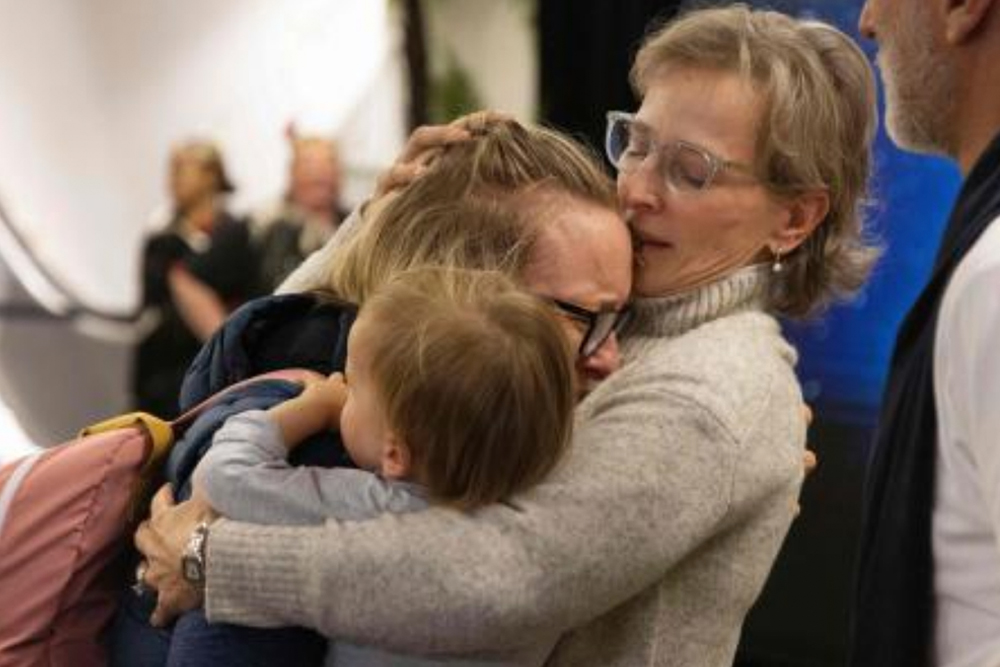 Lorraine Wratt, a New Zealander stranded by the pandemic while visiting family in Australia, told AFP that travelling again was "wonderful". "We came to Australia on December 11 to spend Christmas with our children... planning to go back in February, it's been a bit of a nightmare," she said.

On a grass embankment at the foot of Wellington Airport's runway, the words "WELCOME WHANAU" (family) were spelled out in giant letters and Maori dancers Maori dancers performed a traditional greeting in the terminal.

New Zealand Prime Minister Jacinda Ardern said the joyful scenes were like something from a movie. "Love Actually... I imagine it's pretty close to that," she said, referencing the 2003 British romantic comedy.

Ardern said she shared the elation, and was preparing to welcome some of her own loved ones back home.
The bubble, which followed months of negotiations between the largely coronavirus-free neighbours, was hailed as a major milestone in restarting a global travel industry that has been crippled by the Covid-19 pandemic.
The arrangement means that for the first time since Covid-19 closed borders worldwide, passengers can fly between Australia and New Zealand without undergoing mandatory quarantine on arrival. 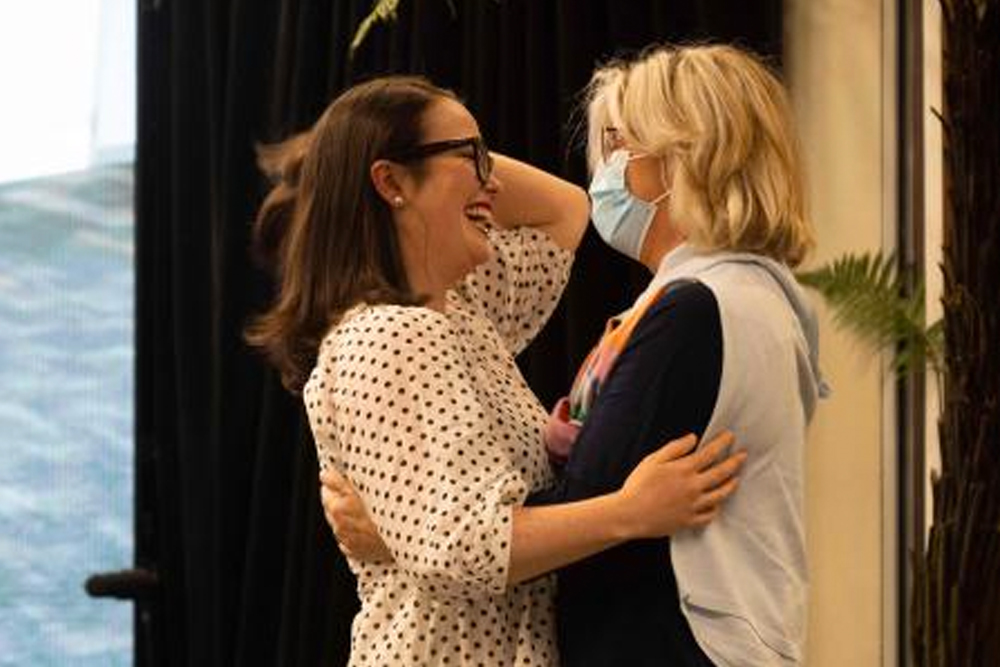 "We hope more travel bubbles will be established across the region when it is safe to do so as part of overall efforts to restart international air travel," International Air Transport Association Asia-Pacific vice president Conrad Clifford said.

Australia was New Zealand's largest source of international tourists before the pandemic, accounting for about 1.5 million arrivals or 40 percent of total visitors in 2019.
But on the first day of the bubble, most of the travellers were returning New Zealanders, with tourists expected to start arriving in large numbers during the upcoming Australian school holidays.
Queenstown local Sean Mackenzie said the travel bubble was a shot in the arm for the South Island tourist hub, where businesses have struggled without overseas visitors.
"I reckon the future's great for Queenstown now... all the Australians come over and then international, China all of that -- it will be packed," he said "In six months, I reckon it will be packed. It'll be sweet." 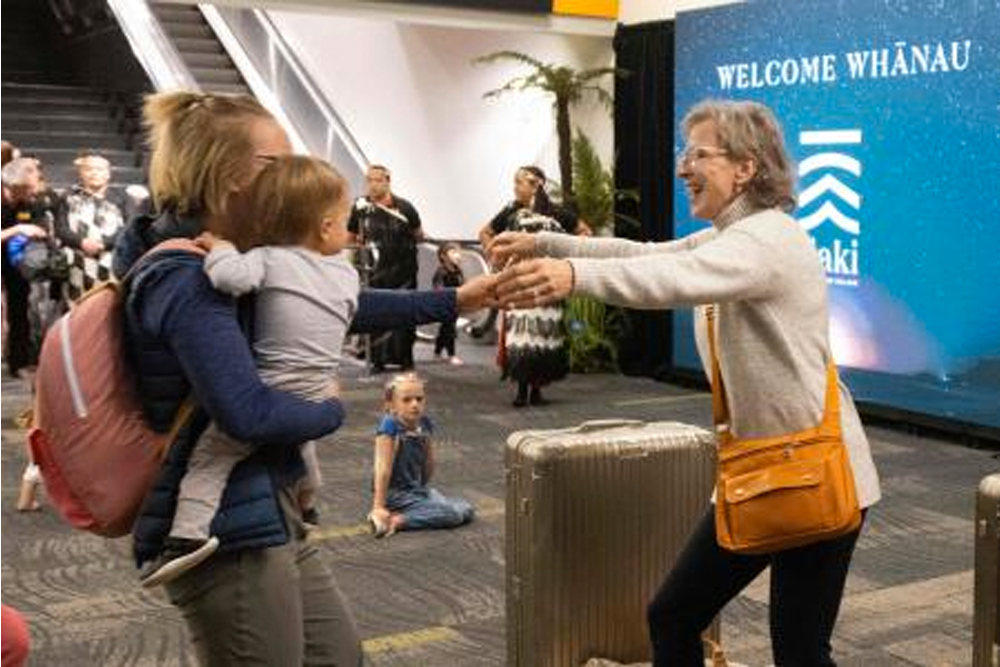 Australia is home to hundreds of thousands of expatriate New Zealanders and before coronavirus many regularly shuttled back and forth across the Tasman.
"It's like it's one big country, so it's very good to open the borders, it will help all the families," Mehat El Masri told AFP as he waited to see his Sydney-based son Shady for the first time in 16 months.
Denise O'Donoghue, 63, told AFP at Sydney airport that the bubble made her feel the world was returning to some sort of normality.
"What normal's going to be from now on I don't know, but I'm just really, really excited today," she said.
Air New Zealand executive Craig Suckling said the atmosphere at Sydney airport before departure was electric, describing it as "quite the emotional rollercoaster".
The airline's chief executive Greg Foran said: "(It's) a real turning point for the airline. It's day one of our revival." 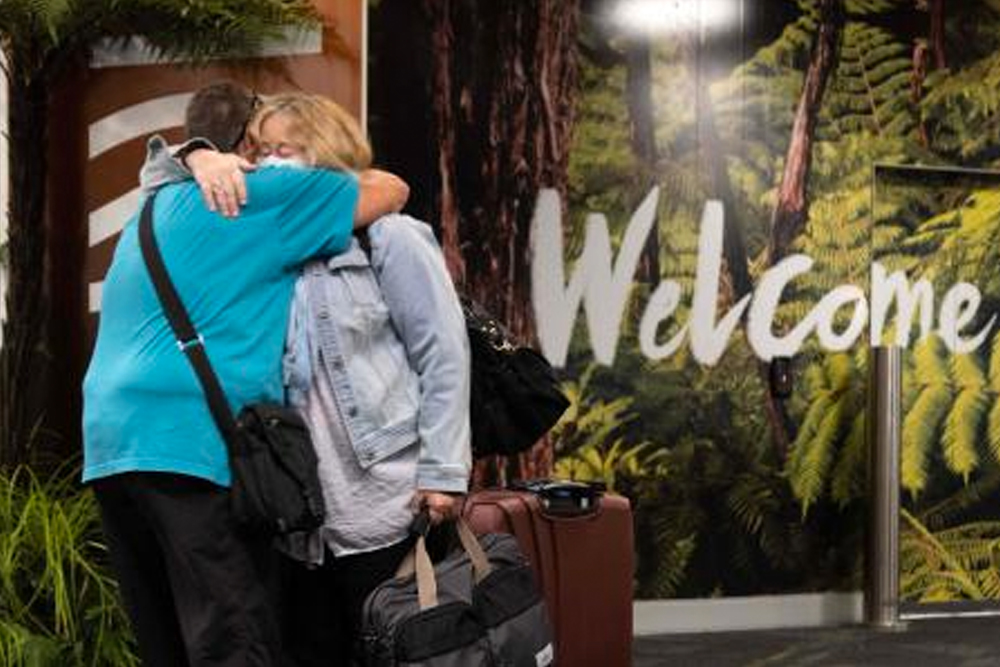 Australia has previously flagged the possibility of travel bubbles with Singapore, South Korea, Japan and Taiwan, while New Zealand is working to allow unrestricted access to small Pacific states such as the Cook Islands and Tuvalu.
But the leaders of both countries warned further border changes in the wake of the trans-Tasman bubble would be a slow process.
"The idea that on one day everything just opens, that's not how this is going to happen," Australian Prime Minister Scott Morrison said.
"It will happen cautiously and carefully, working very hard on the medical and health protections."