Meet The Female Inventors Behind Fire-Resistant Clothes At Aramco 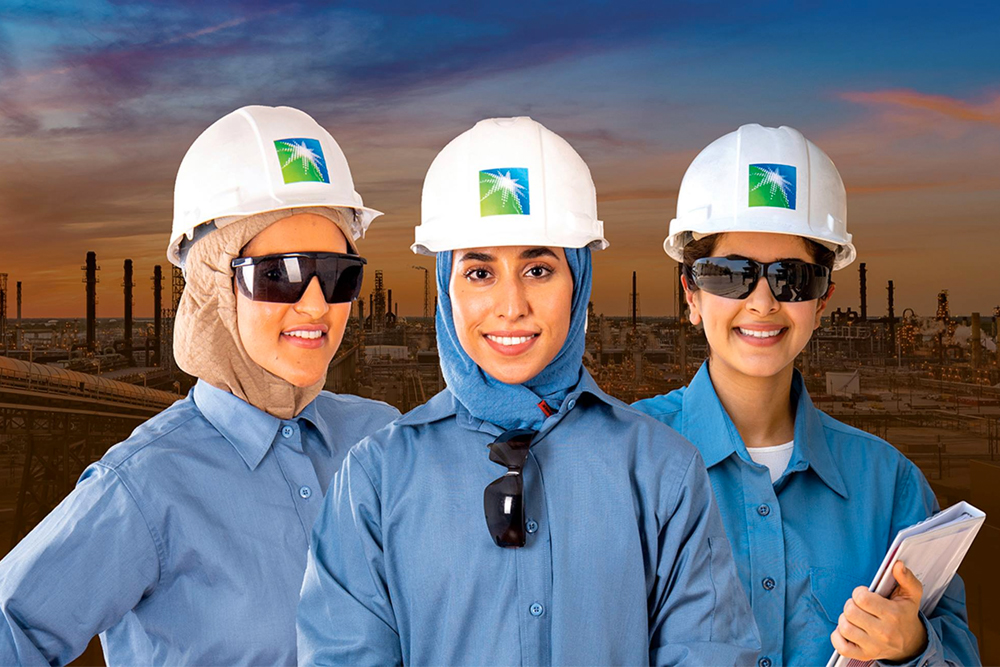 The numbers of women working in traditionally male-dominated industries, such as oil and gas, are steadily increasing. Fatimah Banawi and Aniela Zarzar are now making this transition easier and safer for women. Their team has created a fire-resistant headscarf, or hijab, and a cleverly designed double-layered shirt, designed to protect women from flammable substances while ensuring modesty to accommodate cultural norms in the region. 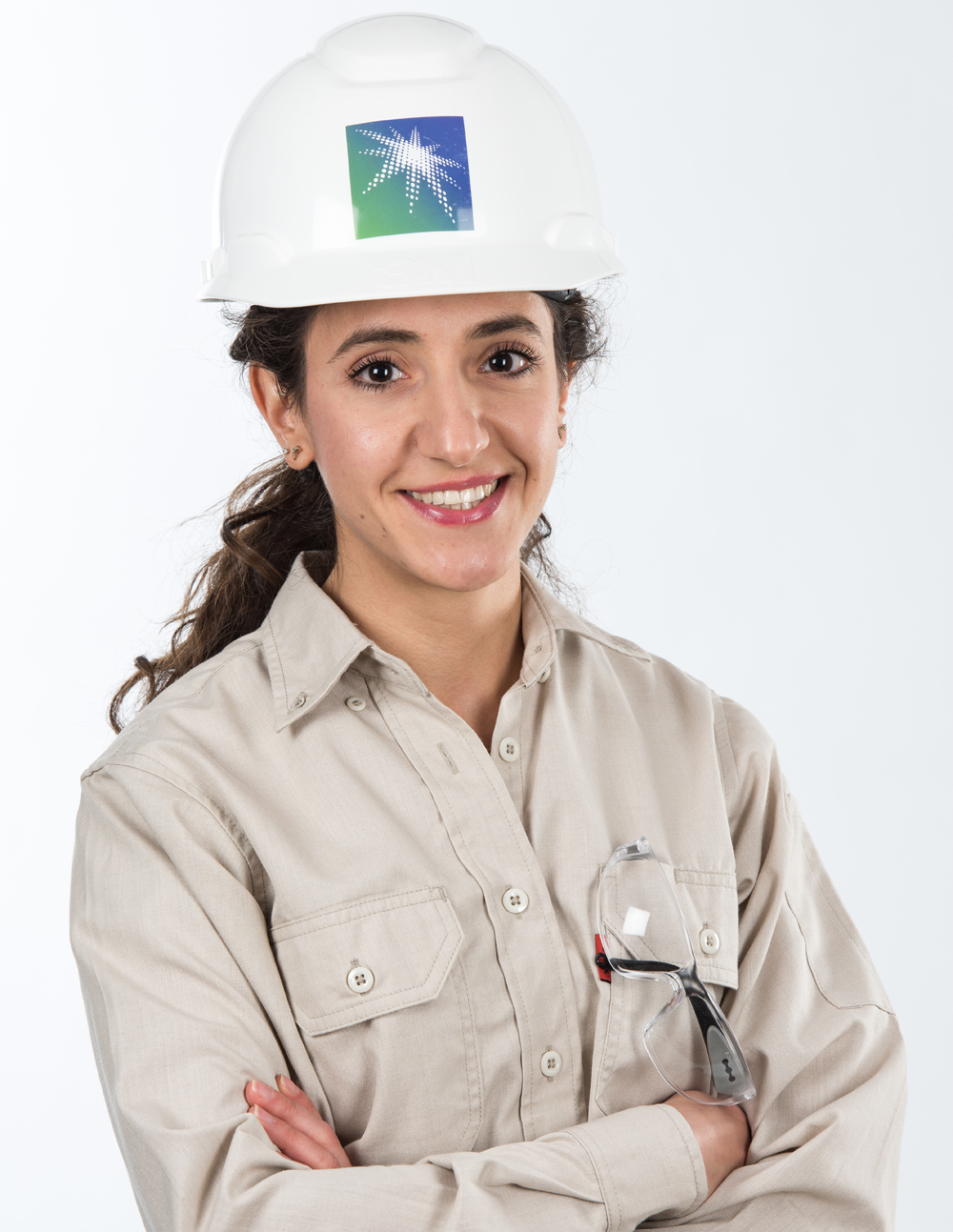 Before joining Aramco, Fatimah worked at Nestlé Purina in the United States where she developed an interest in research and development. A native of Mexico, Aniela relocated to Saudi Arabia after studying in Texas. She continued her education in chemical engineering at the King Abdullah University of Science and Technology (KAUST).

The extensive research of flame-resistant clothing included focus groups and benchmarking studies, where they found that many women wore the same flame-resistant shirts that men wear, but they left them untucked to avoid accentuating their form. This behavior put them at risk of burning their skin, as it could come in direct contact with possible heat and flames.

Meet the inspirational Reem Al Ghanim, who has been using her passion and skills to direct a number of transformational initiatives through Saudi Aramco since 1998.https://t.co/lAjyVCWlYI

“We learned that some women even wore flame resistant jackets over their flame-resistant shirts to maintain their modest appearance. This could lead to heat stress as temperatures may rise to 50°C during summer in the Gulf region,” said Aniela. The new double-layered garment allows women to tuck the inner layer, while safely leaving the outer layer untucked for modesty.

The new designs were developed after testing different prototypes with Thermo-Man® – the world’s most advanced burn evaluation system by DuPont™. The risk of body burns to wearers of the new designs is less than 30%, which allows women to safely perform their jobs at hydrocarbon-handling facilities. 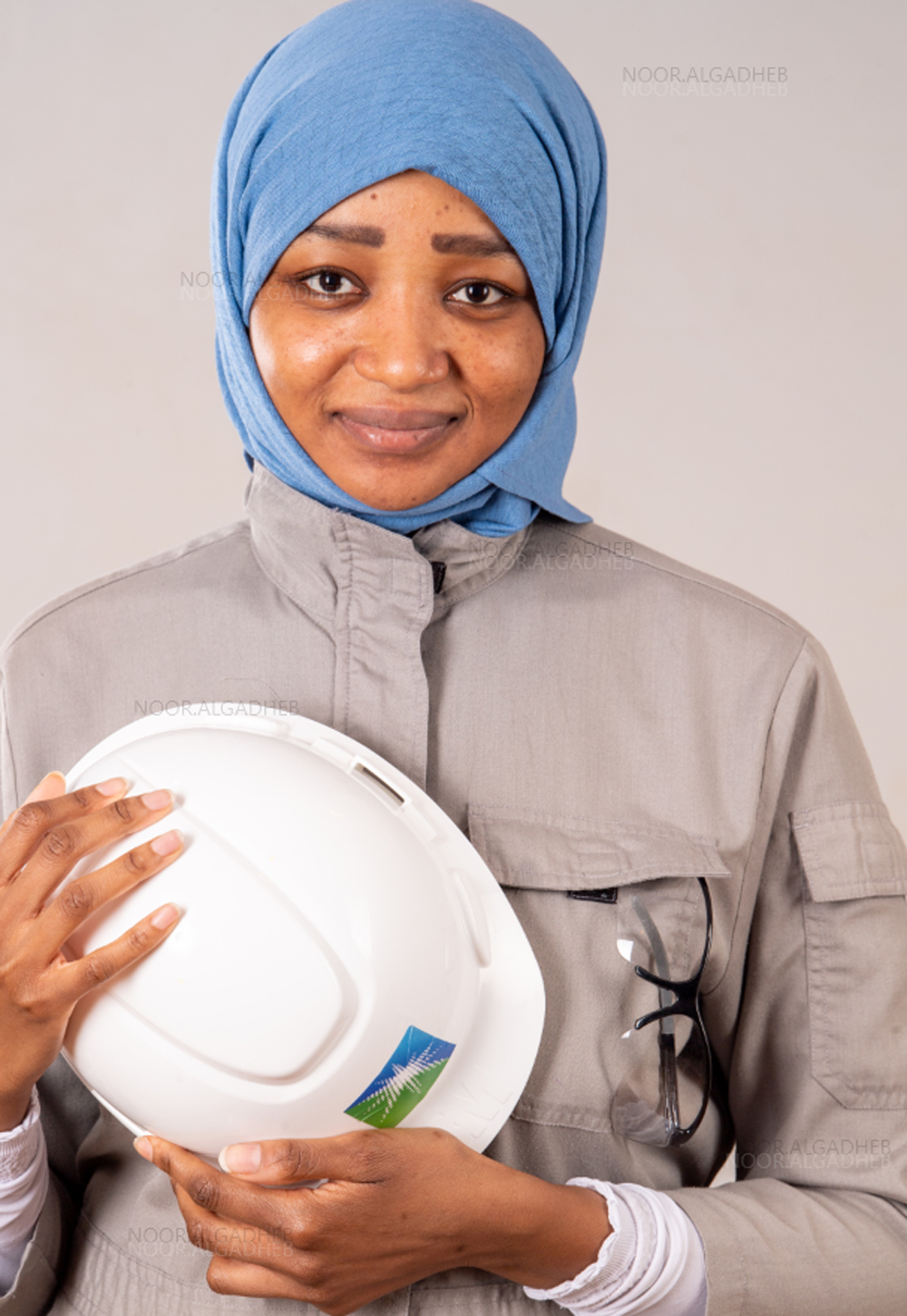 Industrial work wear has historically been designed around male body frames and did not accommodate women’s conservative and modest choices. Innovations like these will help to advance an inclusive work-place culture in the region, or anywhere women choose modesty, by allowing female professionals to feel comfortable and safe.

“I am proud to be a part of the team that invented this garment. As a woman who spends most of her time in oil and gas facilities, I will no longer have to choose between being culturally appropriate or being safe. This will not only serve Aramco’s engineers, but also female engineers working across the industry,” said Fatimah.

“We have successfully filed a patent application for this innovation, adding to more than 180 patents developed by female inventors at Aramco. I encourage women to speak up about issues they face at work, to try to solve them and share their ideas with decision makers,” Aniela said.

Fatima is among the many women at Aramco who actively work in the field. Petroleum engineers perform critical tasks in plants and refineries, supporting oil and gas operations and providing solutions to complicated production challenges.

Other female Aramco engineers have also had major breakthroughs, including the first certified female firefighter in Saudi Arabia. These remarkable ladies are signs of progress in the ongoing efforts to empower women to assume larger roles in the operational workplace.