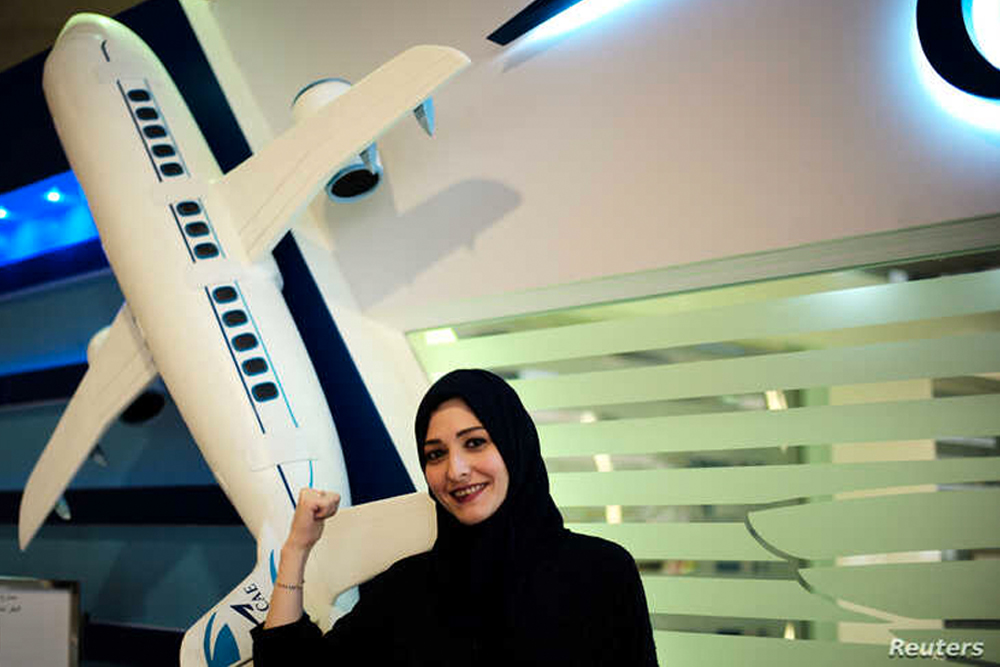 Saudi airline, Saudia, opened up the Saudisation of aviation opportunities for women, in cooperation with Ministry of Human Resources and Social Development, as revealed by the Director of the General Organization of Saudi Arabian Airlines (Saudia), Engineer Ibrahim Abdul Rahman Al Omar.

Al Omar also emphasized during the airline’s celebratory graduation of the first graduates of the GOAL program, which was first launched in January 2020, that all co-pilot opportunities have been localized and that the company would be employing Saudi nationals across all sectors.

Another effort to create more jobs for young Saudis and develop their skillsets.https://t.co/xOXundIIgA

For the Kingdom, the aviation industry, and relevant support services, female empowerment across Saudia’s workforce is important, and the industry is promoting the Saudisation of the corporation’s sectors across the kingdom.

The 26 (and counting!) Saudi female air traffic controllers are making the entirety of the Kingdom proud and paving the way for more to follow in their footsteps.https://t.co/hDsa9QT68B

Saudi women have been bringing their specialist skills to ground support roles in aviation and are providing support in several categories and roles, including engineering and technical- such as aircraft technicians, cyberspace communications specialists, and survival equipment specialists; catering and hospitality as chefs and caterers; medical and medical support, as nurses, medics, biomedical scientists, and environmental health specialists; personnel support, such as human resources, physical training instructors, and musicians and air operations in positions including air traffic control, flight operations, and air cartography.