A film by world-famous cinematographer Bruno Aveillan is part of the campaign that will inspire Saudis to visit the amazing spot as they look for meaningful travel, vast open spaces and close to nature experiences. 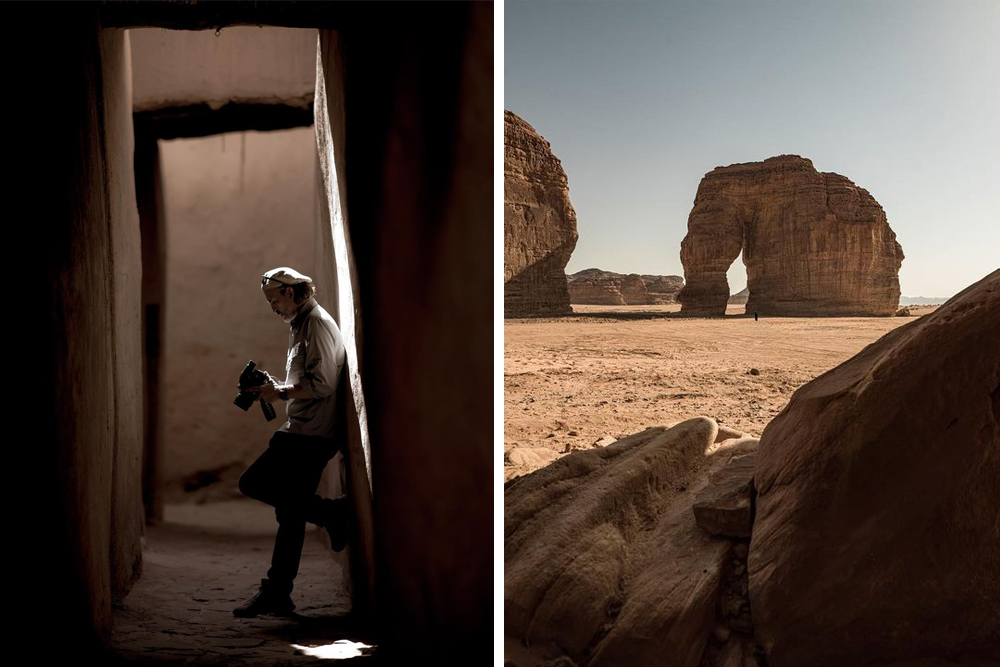 Culture vultures looking for a spot of good news unite, the first ever destination brand campaign for AlUla, the heritage and culture centrepiece of Saudi Arabia, has been launched. Developed by the Royal Commission for AlUla (RCU) with creative partners Leo Burnett, the campaign, called ‘The World’s Masterpiece,’ includes a 90-minute film directed by renowned cinematographer Bruno Aveillan. 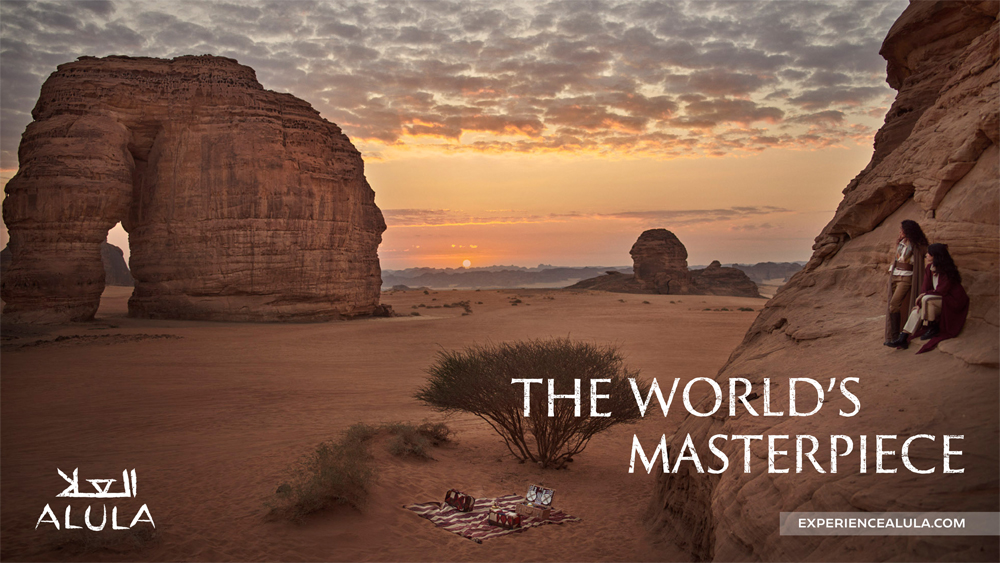 Targeting domestic travellers, specifically three core audience segments that represent 64 percent of the regional affluent traveller market, the campaign also aims to deepen the Kingdom’s pride and affection for AlUla. However, it won’t be surprising if it creates waves in international markets, helping make AlUla a new and significant boutique heritage and culture destination. The campaign will ultimately increase intention to visit and help to achieve RCU’s visitor projections of 90,000 for 2021 and 130,000 for 2022. 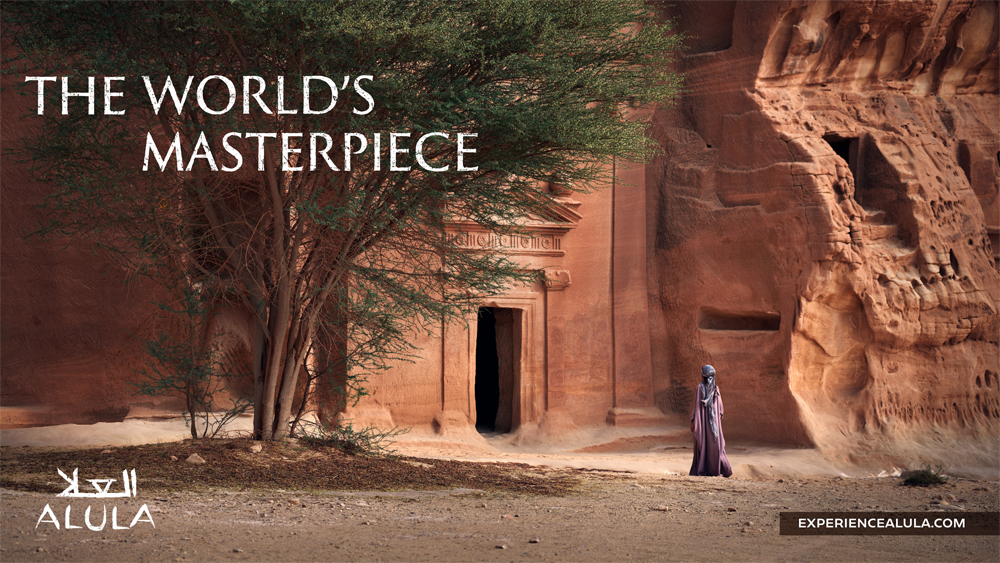 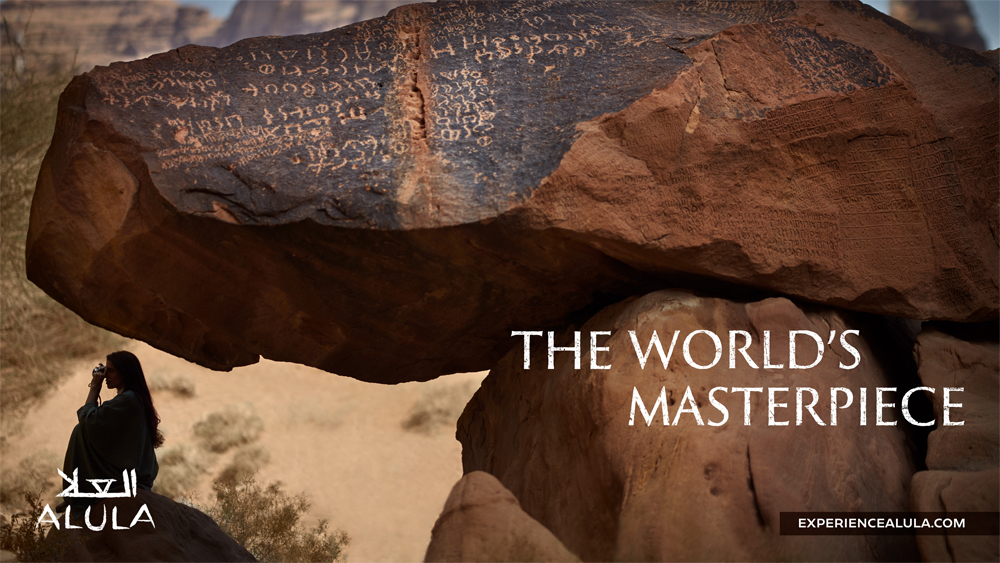 “’The World’s Masterpiece’ is a play on both the skilful artistry of ancient civilisations who carved elaborate artworks into the rocky outcrops, as well as the pure and unspoilt beauty of the geological rock formations and landscapes sculpted by nature,” Phillip Jones, Chief Destination Management and Marketing Officer at RCU, the commission that protects and safeguards AlUla, said. 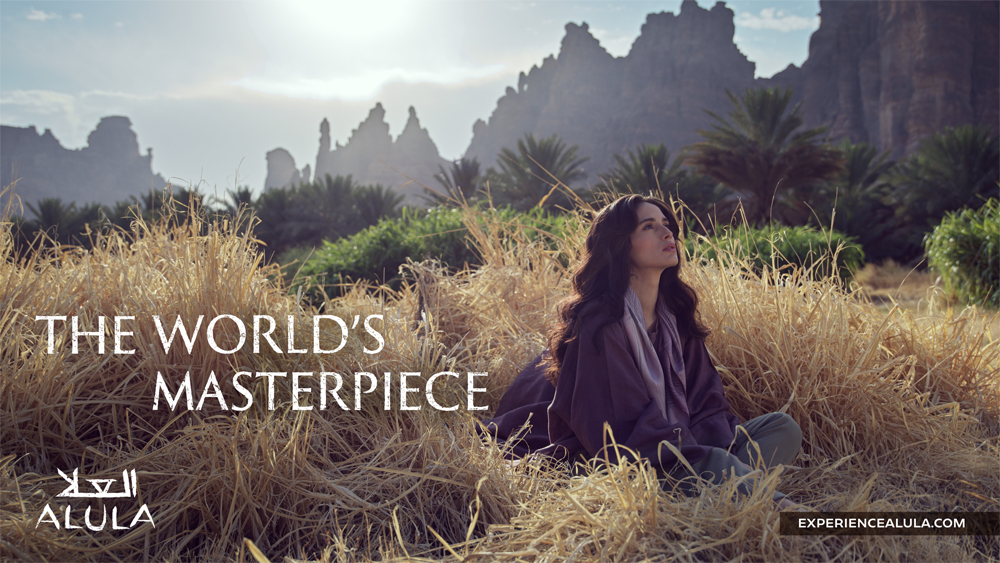 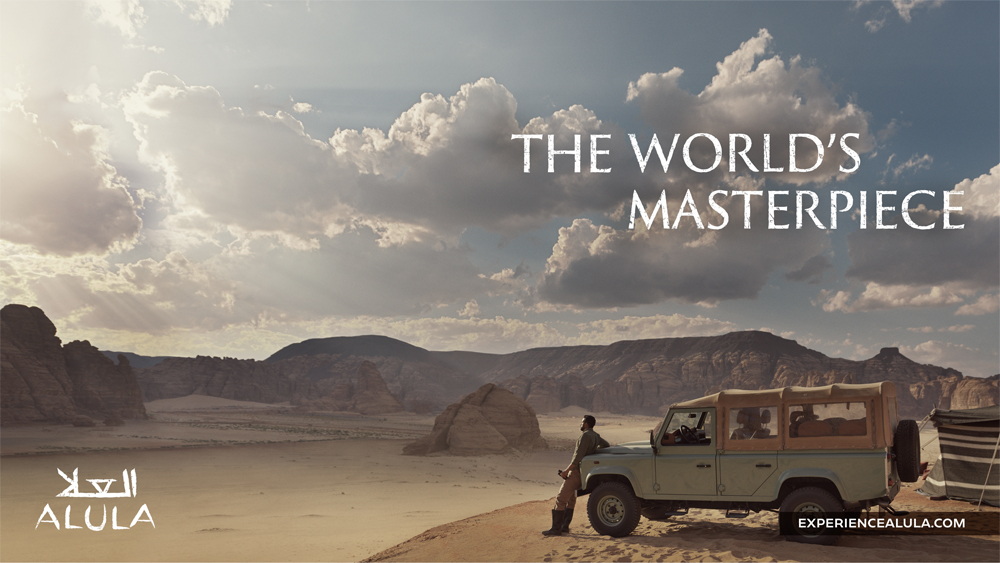 “It was such an honour and privilege to work on this project. An historic and important destination as this needed the appropriate gravitas,” Toulouse-born Aveillan, one of the world’s most distinguished and sought-after commercial directors, said. “We wanted to convey feelings of nostalgia and the emotion of seeing the destination for the first time. AlUla is a unique place in the world. We needed to make the first ever destination film with a style that no other place could imitate.” 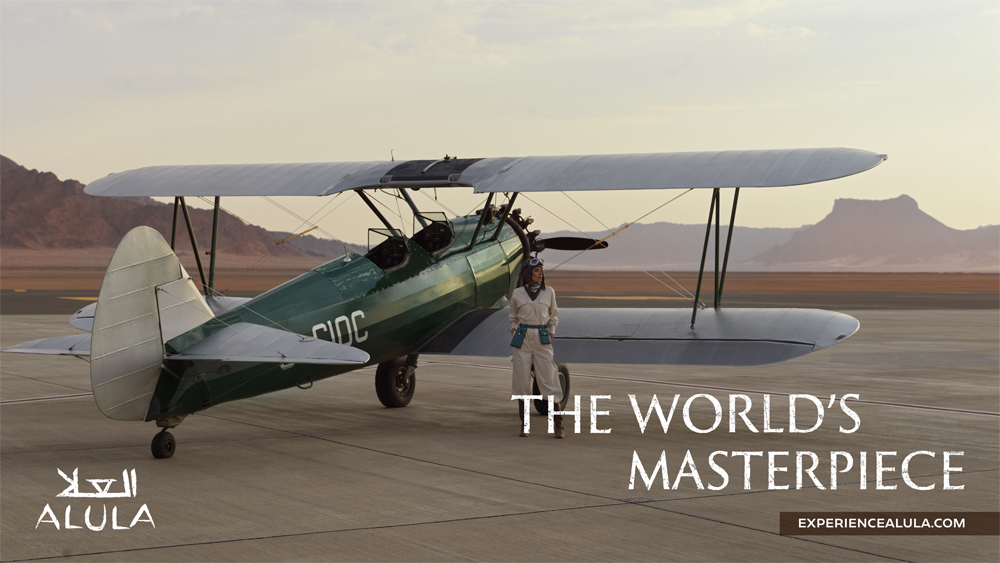 About AlUla
Situated In the northwestern part of Saudi Arabia, 1,100 km from Riyadh, AlUla is home to some extraordinary natural and cultural heritage. The vast area, covering 22,561km², includes a lush oasis valley, towering sandstone mountains and ancient cultural heritage sites, dating back thousands of years to when the Lihyan and Nabataean kingdoms reigned.

The most well-known and recognised site in AlUla is Hegra, Saudi Arabia’s first UNESCO World Heritage Site. A 52-hectare ancient city, Hegra was the principal southern city of the Nabataean Kingdom and comprises over 100 well preserved tombs with elaborate facades cut out of the sandstone outcrops surrounding the walled urban settlement. Current research also suggests Hegra was the most southern outpost of the Roman Empire after conquering the Nabataeans in 106 CE.

AlUla is also home to a fascinating historical and archaeological site such as Ancient Dadan, the capital of the Dadan and Lihyan Kingdoms, which is one of the most developed 1st-millennium BCE cities of the Arabian Peninsula. Plus, one can also find thousands of ancient rock art sites and inscriptions at Jabal Ikmah and the Old Town, a labyrinth of over 900 mud-brick homes developed from at least the 12th century. The Hijaz Railway and Hegra Fort, key sites in the story and conquests of Lawrence of Arabia, are added incentives to visit this fascinating part of the Kingdom.

AlUla is the first of the significant Saudi Vision 2030 initiatives to welcome visitors, having re-opened key heritage sites to visitors in October 2020 as a new year-round offer. New hotels, restaurants and adventure experiences will pop up throughout 2021.